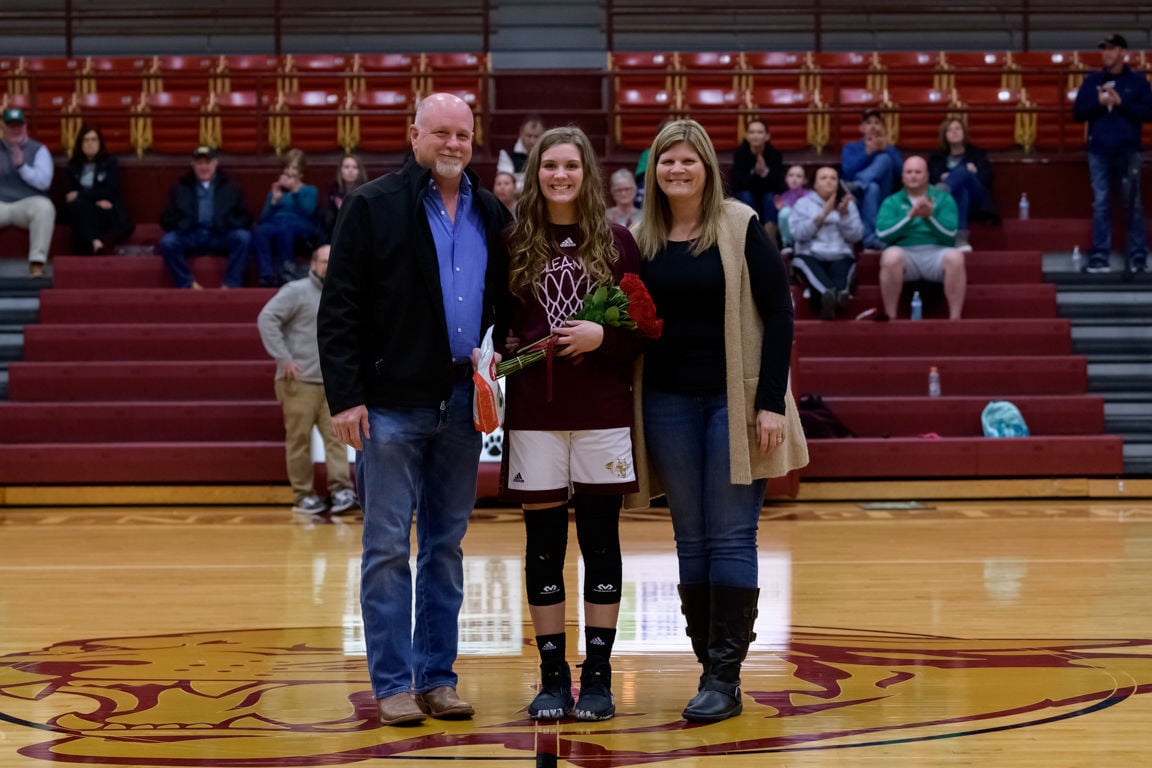 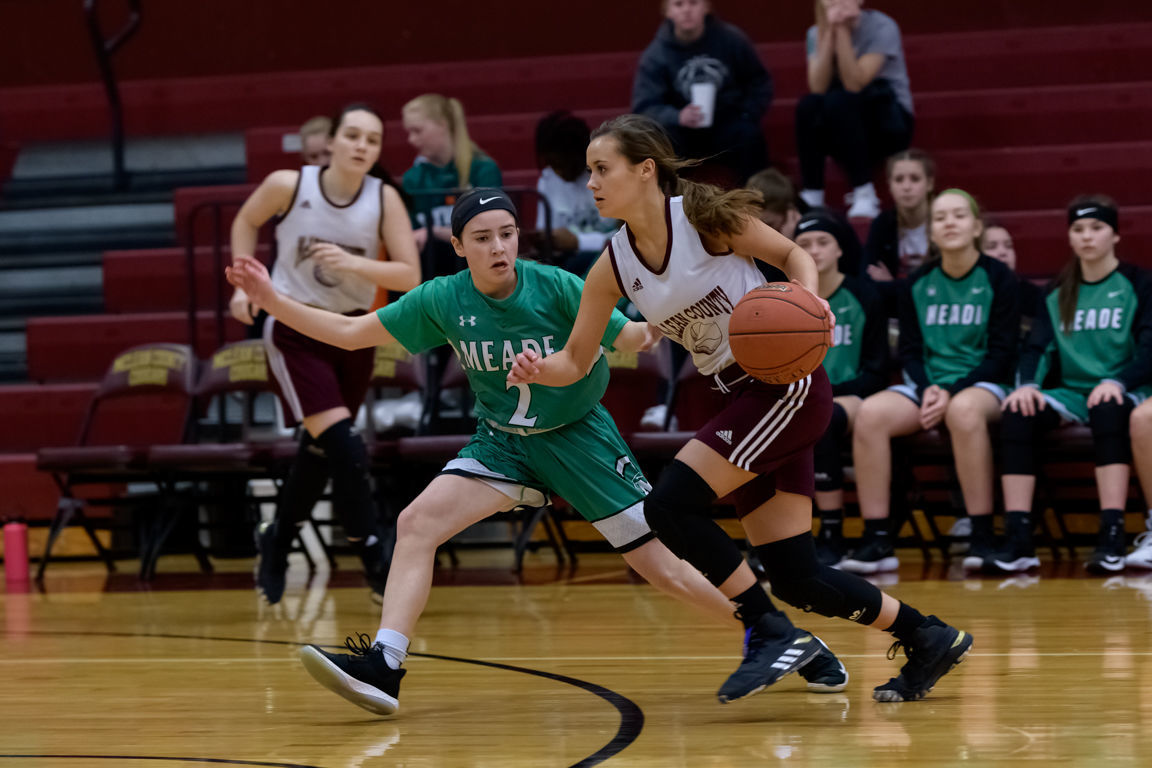 The McLean County High School girls’ basketball team spent some time at home last week. The Lady Cougars ended the week with a win over Owensboro after falling to Hancock and Meade Counties. The freshman Lady Cougars swept the 10th District tournament to take the championship for the fourth year in a row on Saturday, Feb. 15 at Ohio County.

McLean County took the lead at the buzzer to end the first quarter against the Lady Hornets on February 10. Hancock County jumped out front by the half and maintained the advantage for a 58-53 win. Bailei Walker led with 21 points and Natalie Patterson had ten.

The Lady Cougars fell behind early and couldn’t recover against Meade County on February 11. The Lady Wave took the win 60-43. Bailei Walker led with 14 points. Alyssa Burrough had triple threes in the game.

McLean County came back strong against the Lady Red Devils on Feb. 15. Patterson made a block and steal followed by a full-court drive with a last-secon pass to Hannah Hampton at the basket to put the first points on the board. Although the first quarter ended with a tie, the Lady Cougars pulled ahead 21-18 by the half.

Kamryn McMahon grabbed a rebound and took off down the court with a good-look assist to Patterson at the basket to give McLean County a 10-point lead early in the third quarter. Bailei Walker cashed in a steal twice in a row before taking a pass on the run from Hailee Johnson and laying it in to pad the Lady Cougars’ lead even more. Alyssa Burrough netted a three-pointer at the buzzer to seal the win 54-36.

Bailei Walker led McLean with 20 points and nine rebounds. Alyssa Burrough had 14 points in the game.

“We wanted to play with a purpose and great energy and I felt like we did that after the first quarter,” shared head coach Arlando Johnson. “We must make the game easy by playing to our strengths. What I would love is to get everyone playing their best at the same time.”

The Lady Cougars then defeated Ohio 52-40 to claim the championship. Emilee Hallum had triple threes and joined Frailley in leading with 11 points each. Hailee Johnson added 10 points.

The Lady Cougars will end their regular season at Union County tonight, Feb. 20. Tipoff is at 7:30 p.m.