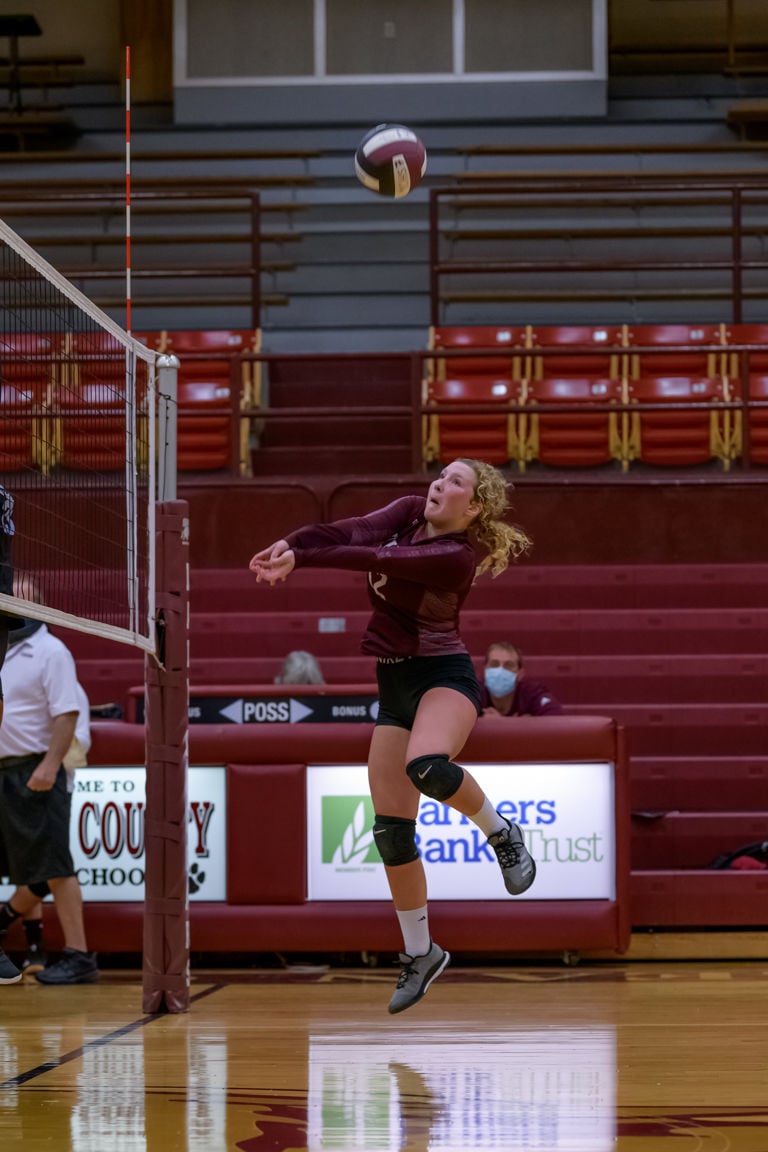 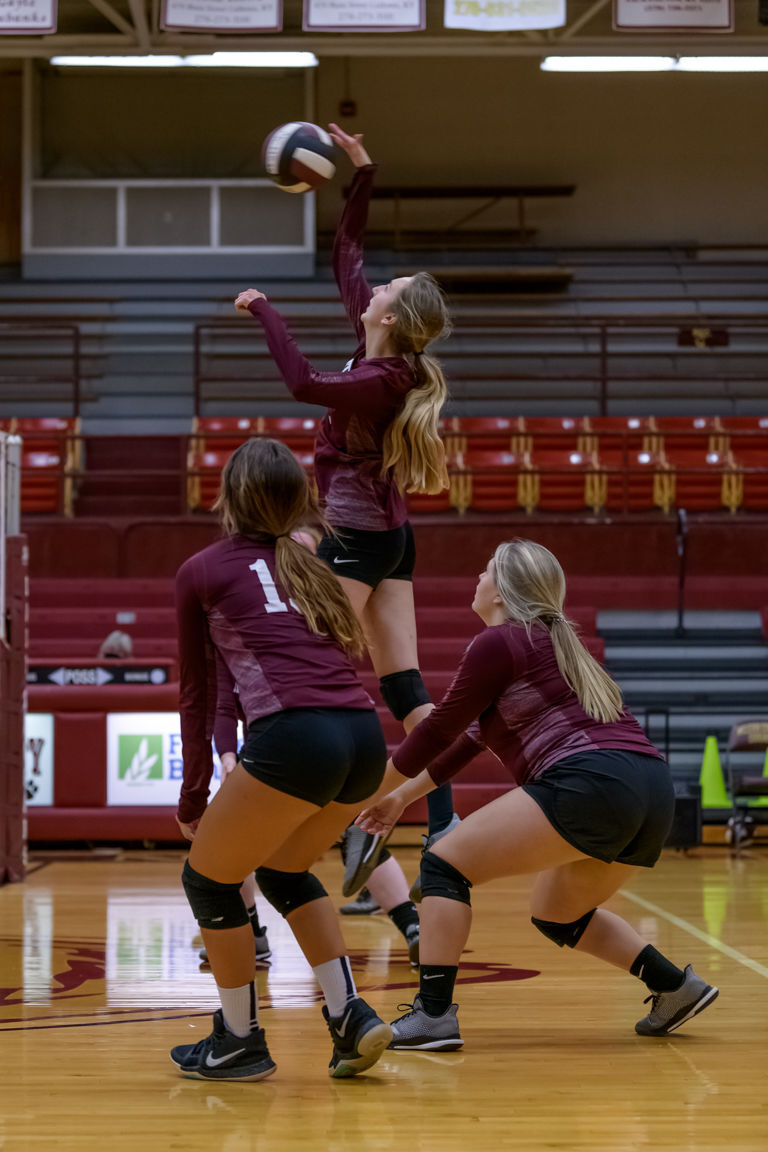 Lady Cougar Ellie Alexander goes for the ball with backup from Madison Wilson and Lilly Underwood.

Lady Cougar Ellie Alexander goes for the ball with backup from Madison Wilson and Lilly Underwood.

The McLean County High School volleyball team opened their season on the road at Whitesville Trinity on Sept. 8. The Lady Cougars lost in three sets, 25-12, 25-19, 25-17.

The team traveled back to Whitesville on Saturday to participate in the 3rd Region All “A” Classic tournament. McLean County faced off again against Whitesville Trinity and lost in two sets, 25-11, 25-15.

Madison Wilson was named the All Outstanding Game Player and Ellie Alexander made the All “A” tournament team.

“The team has a shortened season this year and with all the restrictions in the past five months, we have had little to no time to play and prepare as a team,” Lady Cougars Head Volleyball Coach Keith Sage said. “So, having six returning seniors this year gives us a solid core to build on.”

McLean County will host Owensboro High School tonight, Sept. 17 at 6:30 p.m. The Lady Cougars will have a matchup at home against Hopkins County Central on Saturday, Sept. 19 with tipoff at 3 p.m.

Pete Docter: Pixar have waited too long to have a film with a Black lead

Anthony Mackie: Filming during a pandemic is awful!

Brian May: My heart attack could have been coronavirus