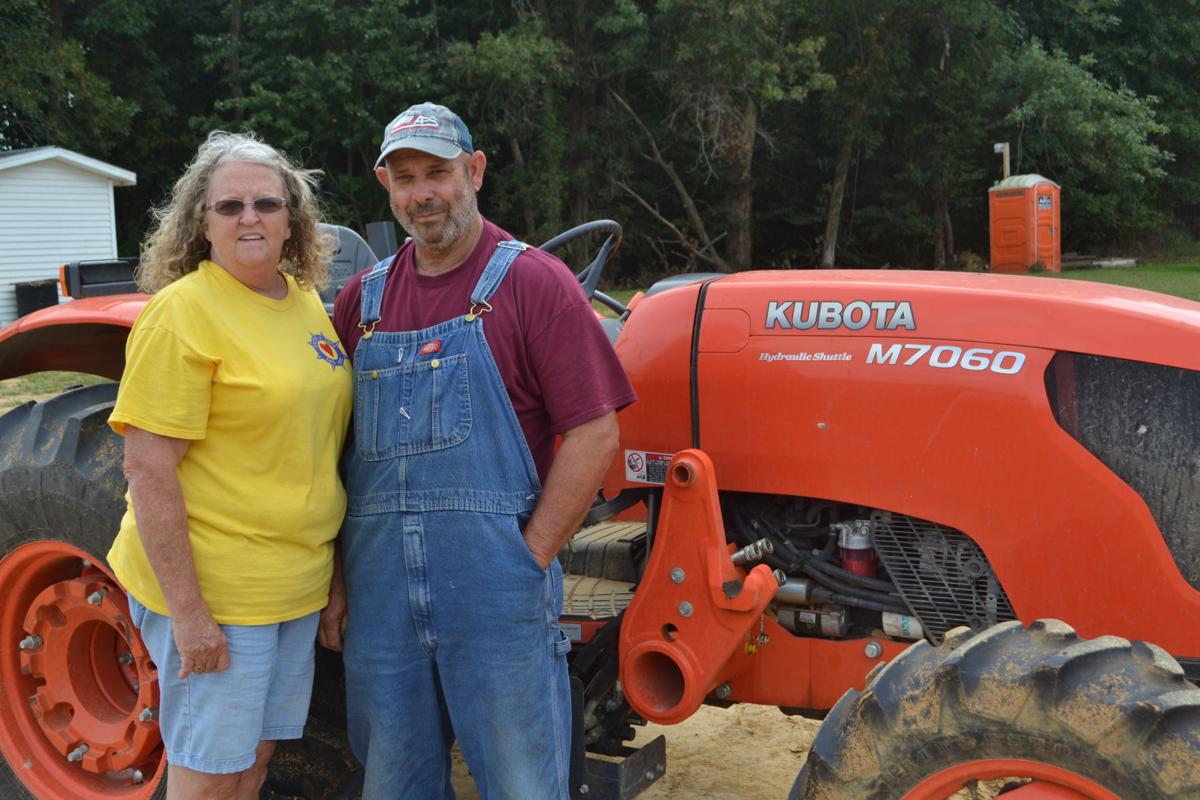 Becky and Chuck Cheatham, owners of Downhill Pulling Track in Calhoun on Monday at the track . 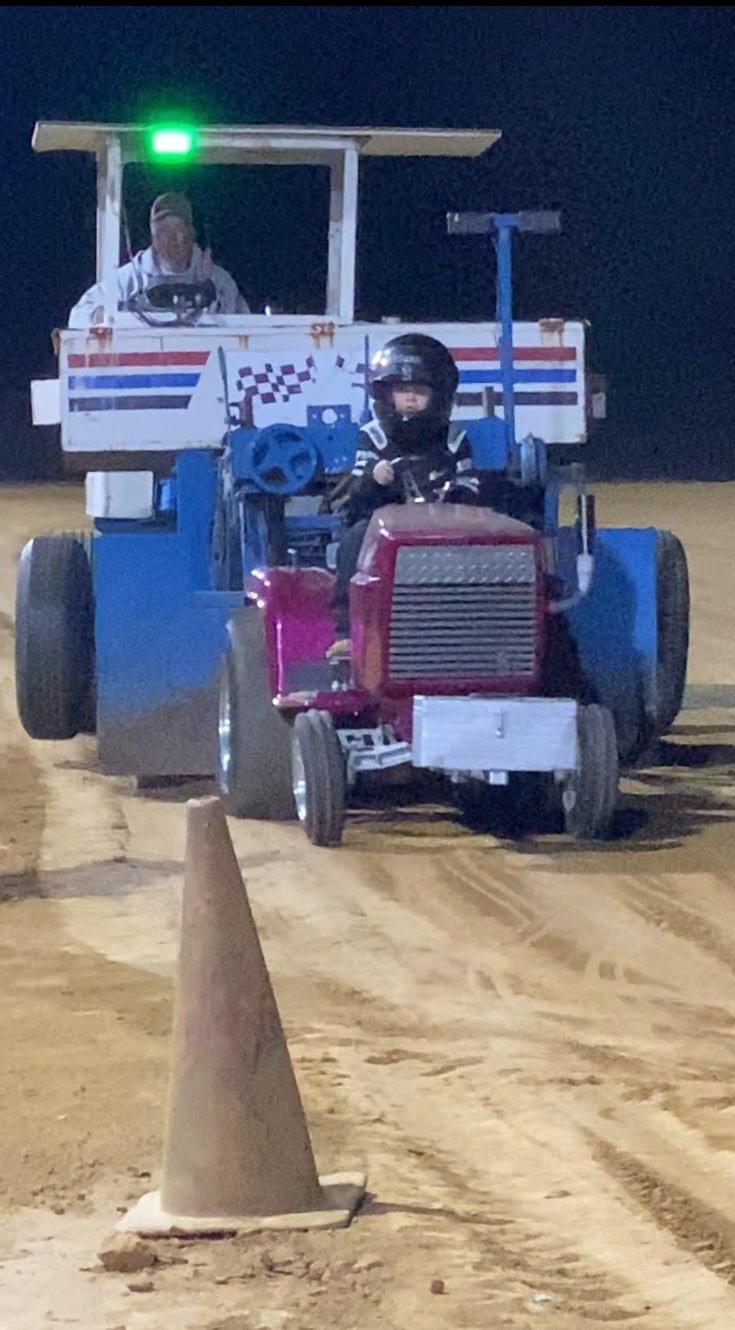 Grayson Watkins, 7, of Beech Grove, pulls during a competition at the Downhill Pulling Track in Calhoun.

Becky and Chuck Cheatham, owners of Downhill Pulling Track in Calhoun on Monday at the track .

Grayson Watkins, 7, of Beech Grove, pulls during a competition at the Downhill Pulling Track in Calhoun.

Becky and Chuck Cheatham, owners of Downhill Pulling Track in Calhoun, never thought of opening up a spot in McLean County for tractor pulling competitions.

“Grandkids (and) lawnmowers,” Chuck Cheatham said. “That’s what started it out.”

“We built it last year, and it’s (been) growing,” Becky Cheatham said. “The grandkids (were) wanting to get into (tractor pulling), and there (isn’t) anywhere around here for pulling. So, we built the (track).”

Downhill Pulling Track began having tractor pulling competitions last April and has proven to be successful, despite opening during a pandemic.

“I guess with COVID … nobody had nothing to do,” Chuck Cheatham said. “It’s outside, fresh air.”

He said that the closest pulling track is in Leitchfield in Grayson County. Originally, Downhill Pulling Track was intended for their grandchildren to use, but soon people with antique tractors showed interest in wanting to use the track.

“I brought a (bulldozer) and … stretched the track out to 370 feet instead of 300,” Chuck Cheatham said. “Now we pull trucks, big tractors, antiques and lawnmowers.”

According to the National Tractor Pullers Association’s website, tractor pulling is considered “the world’s heaviest motorsport,” where the competition is to find the strongest machine and the best driver and is focused on distance pulled, rather than speed. The sport is based on horsepower and torque, which means that the engine must be modified to generate as much power as possible.

Chuck Cheatham said that tractor pulling did not originate from people wanting to compete with machinery.

“It started way back with horses,” Chuck Cheatham said. “(A) farmer thought his pair of horses could out-pull (another farmer) — that’s where you got pony pulls, horse pulls. Well, times changed because of tractors — you got the same thing. You come up here, you have neighbors. They bring their tractors up and see whose tractor can do the best.”

The track is on a straight plain despite its name, though Chuck Cheatham said that wasn’t always the case.

“Whenever we started, we’ve done with a tractor disc and a box blade,” Chuck Cheatham said. “It was three foot downhill. Plus, we pulled for three months downhill — it was nothing but a big hill.”

Chuck Cheatham said that he sees roughly 50 to 60 lawnmower hooks and 90 antique tractors participate in each event, which doesn’t have a pre-registered sign up for competitors.

“They can just show up,” Chuck Cheatham said. “When you have a tractor pull, you don’t know if you’re gonna get five tractors or 50. It’s just open to whoever wants to come.”

Chuck Cheatham said that most participants will travel two hours to come and compete, with one person traveling close to 5½ hours.

“We have a lot of locals, too,” Chuck Cheatham said. “But the further ones out seem like they come every time (we) have (a pull). They have no places to pull.”

Becky and Chuck Cheatham are surprised by the success but are happy that people have been supportive of their endeavor of doing something different in the county.

“I always go back to the kids,” Becky Cheatham said. “When they get on (the tractors), and they smile all the way from (the beginning of the track) to all the way up (to the end), it’s all worth it.”

The next garden and antique pull will be on Oct. 1-2 with the truck and farm stock tractor pull scheduled for Oct. 23. Pulls begin at 6 p.m. There is a $5 entry fee per car with $20 per hook for an adult and $10 per hook for kids. Prize money and a trophy will be given to the top three places per pull.