Skip to main content
You are the owner of this article.
Edit Article Add New Article
You have permission to edit this article.
Edit
McLean County
News
E-edition
Sports
Records
Community
Obituaries
Classifieds
Return to M-I
1 of 3 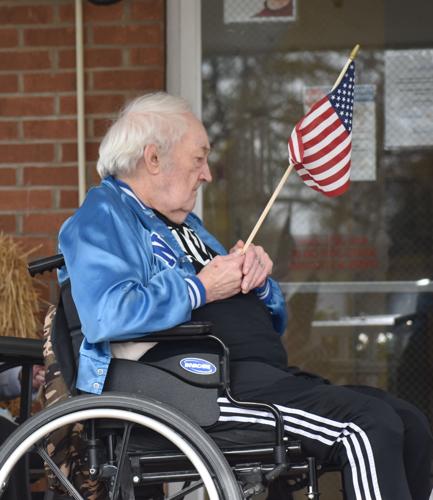 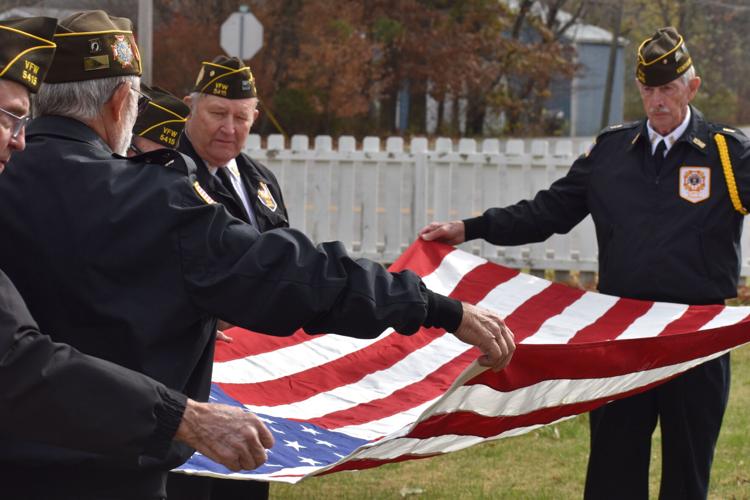 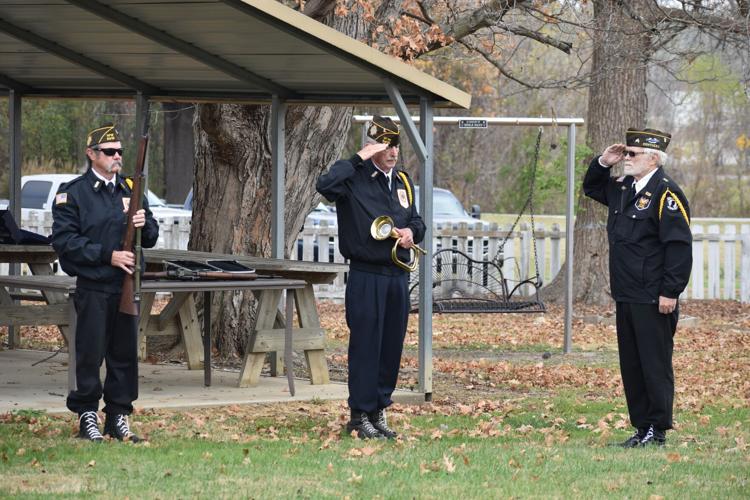 As part of the Veterans Day program, members from VFW Post 5415 did a 21-gun salute Friday for residents at Riverside Care & Rehabilitation Center.

As part of the Veterans Day program, members from VFW Post 5415 did a 21-gun salute Friday for residents at Riverside Care & Rehabilitation Center.

Members from the VFW Post 5415 put on a presentation Friday for residents at Riverside Care & Rehabilitation Center. The organization participated in a flag folding and a 21-gun salute.

Richard Crabtree, senior vice commander of Post 5415, said the group has been putting on the presentation for many years as a show of respect for the veterans who reside at the facility.

“They’re still special to us, even though they’re not able to participate,” he said.

Crabtree said seeing the appreciation on the residents’ faces is the reason they participate in the ceremony annually.

David Scott, commander of Post 5415, said one of the facility’s residents, Charlie Strole, was a member of the Post. Strole was in the U.S. Army for 10 years, serving during the Vietnam War.

“You can tell with Charlie that he really, really appreciates it,” he said. “He would have loved to have been out here with us.”

Crabtree said the Post honors Strole not only for his service in the military, but also his service to the organization.

Darlene Johnson, life enrichment director at Riverside, said there are seven veterans who reside at the facility, most being Vietnam veterans, with one having served during the Korean War.

“We are here to honor and represent our veterans as they should be, because we wouldn’t be here without them,” she said. “We want to recognize the ones that have brought freedom here for us. It’s very important.”

Johnson said one of the residents teared up during the presentation.

Prior to the COVID-19 pandemic, VFW members would go inside the facility to meet with residents. But since the pandemic began, the presentation has moved outside.

McLean County High School JROTC hosted its celebration for Veterans Day on Thursday, Nov. 10, which included performances by the drill team, the high school band, a POW/MIA Table ceremony and a video presentation in honor of veterans both in attendance and who had ties to the county.

Veterans from different branches were also in attendance to commemorate the occasion.

David James, JROTC’s senior army instructor, was happy to see students from the high school and McLean County Middle School come together for the ceremony for the first time in-person since 2019 and took the opportunity to praise his students for their time and effort.

“It’s been three years since we’ve all been together in the same building. I’m glad you’re back, and I’m glad you’re here,” he said. “...This (ceremony) doesn’t happen overnight. …For us, it’s our Super Bowl. This is our No. 1 priority of the whole year.

“We take this very personal, and it’s very special to us.”

Beyond the Work: Kuegels build family bond with staff

Beyond the Work: Kuegels build family bond with staff

County to host several parades in preparation for Christmas

County to host several parades in preparation for Christmas

Lena Dunham: I am not feuding with Melissa Joan Hart!