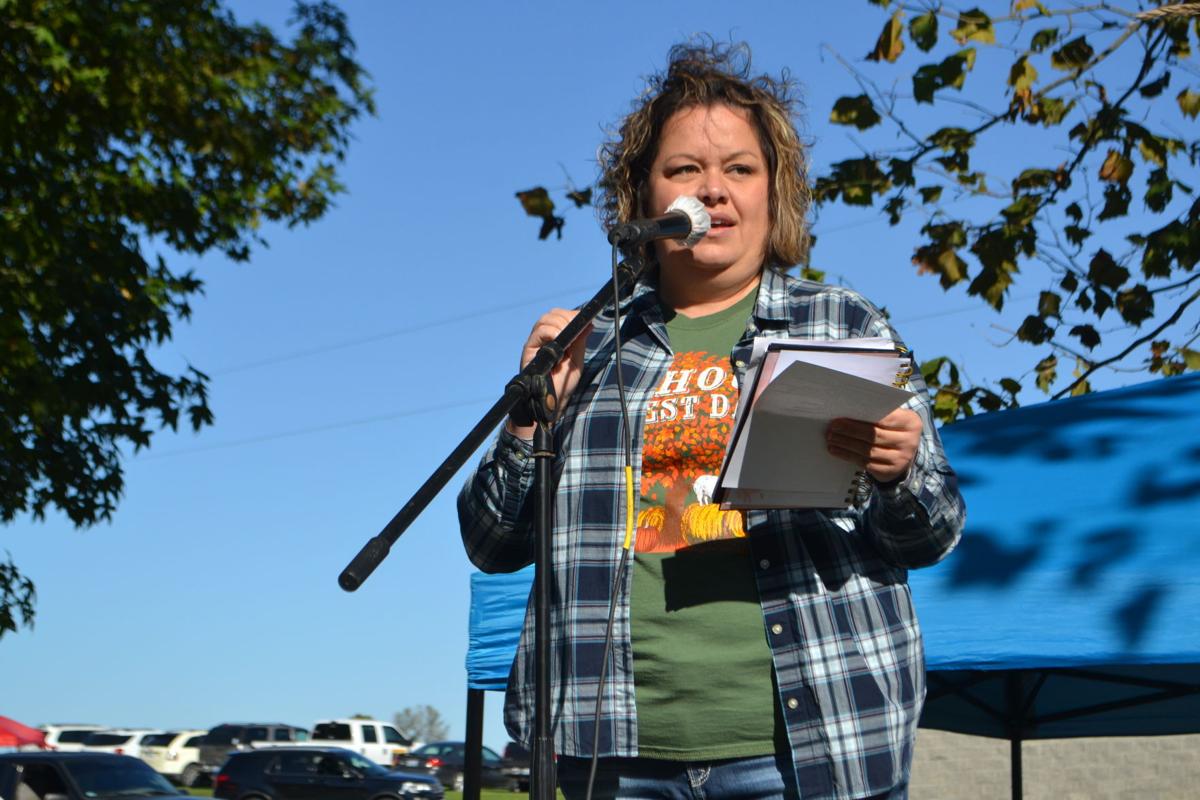 Janet Clark, guest master of ceremonies, opens up and announces the schedule at Calhoun Harvest Day on Saturday. 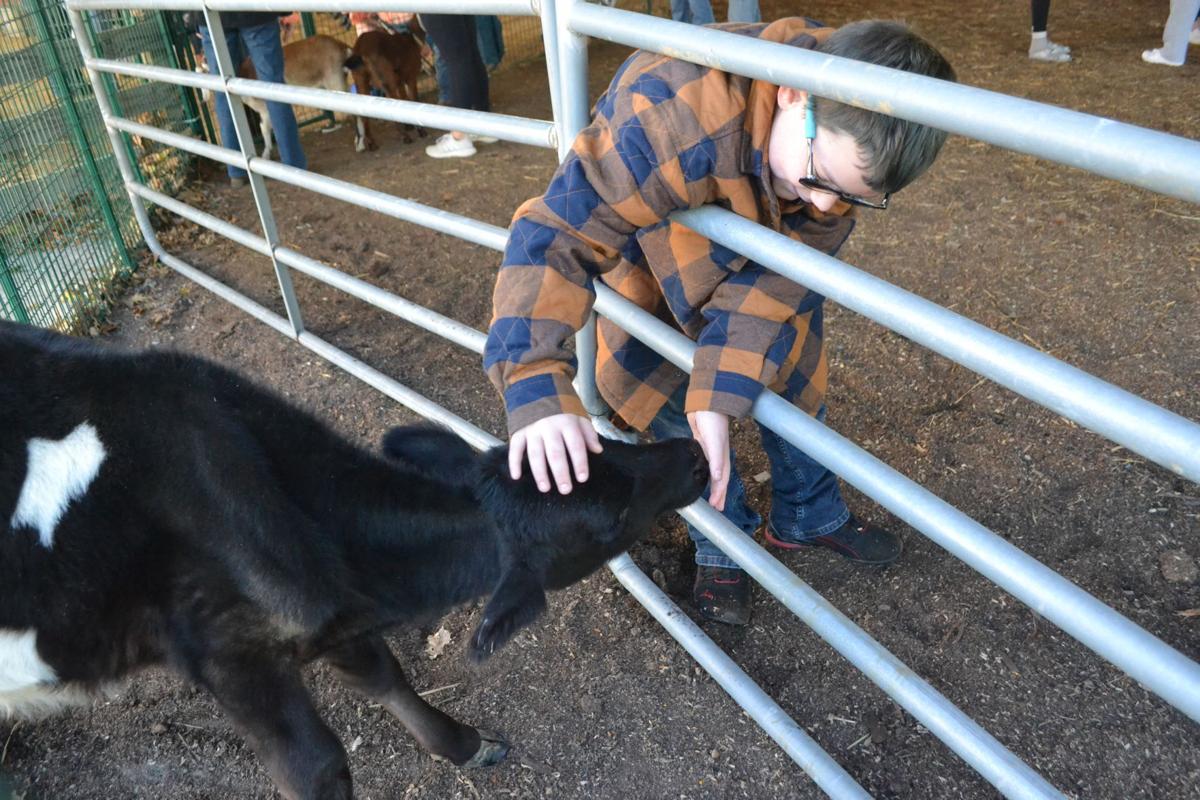 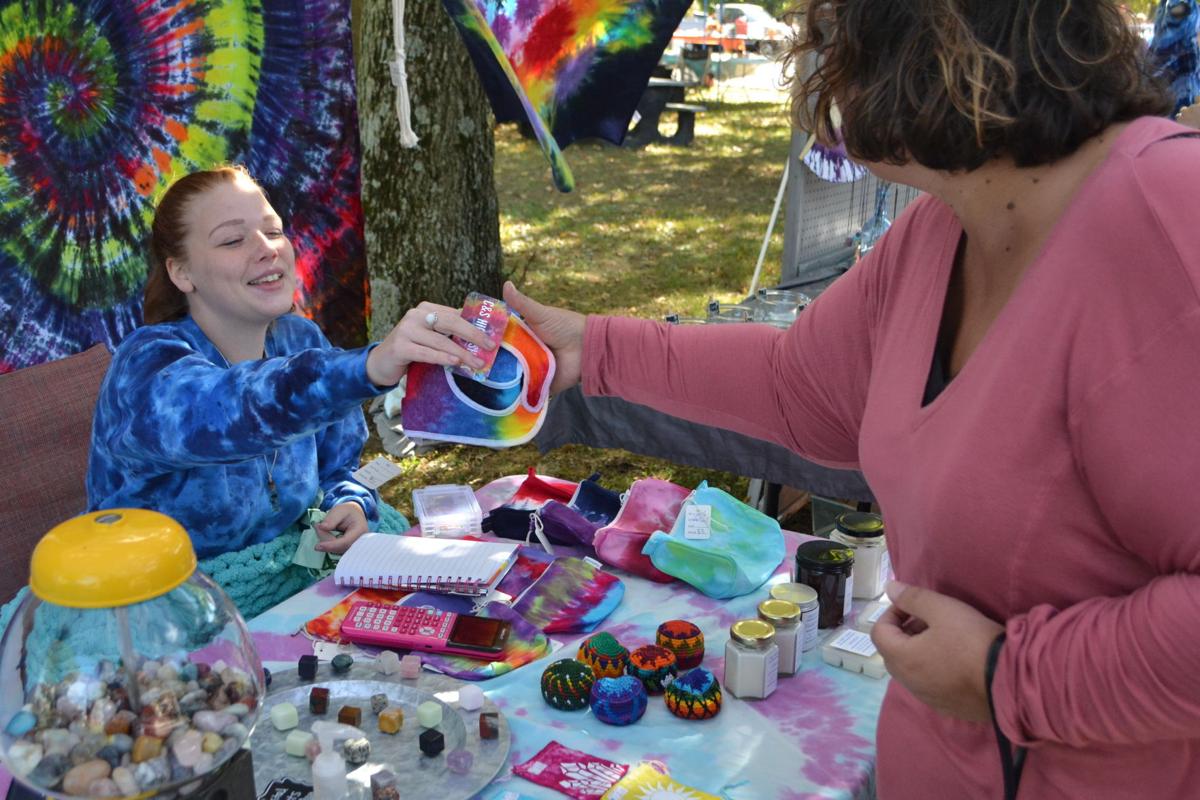 Janet Clark, guest master of ceremonies, opens up and announces the schedule at Calhoun Harvest Day on Saturday.

The wait was finally over.

After a one-year hiatus, Calhoun Harvest Day made its grand return to Myer Creek Park on Saturday for a full day of activities, conversation, families, and fun.

Despite some weariness of the initial weather forecasts, attendance was higher than expected.

“We are really surprised …,” said Nancy Dant, co-chairperson for the event. “We are really tickled to death (about the turnout).”

Chera Logsdon, co-chairperson for the event alongside Dant, admitted that canceling last year was a difficult decision.

“It was hard,” Logsdon said. “A lot of people called us and messaged us (saying), ‘I hate that you’re not gonna do it (but) we understand.’ It was nice they did.”

The request for having the event this year was in high demand.

“They were like, ‘Please, please, please — y’all have Harvest Day. We need you back,’ ” Logsdon said.

Food and vendors made up a large part of the event — selling homemade candles, handbags, and jewelry, while serving up menus that included pork burgers, deep fried Oreos, and Texas tenderloin.

“It’s been perfect,” Dant said. “We’ve had more booths than we’ve ever had in several years. Good quality stuff.”

The vendors continued to be a hit with attendees.

“I love seeing the locally made items (and) different options,” said Bethany Norris of Owensboro.

The festivities started at 7:30 a.m. for registration for the 8 a.m. 5K race, sponsored by Myer Creek Archers. All registration funds will be going towards the park’s trails for improvements and to make the county more aware of the trails’ existence, such as getting signage to label the trails.

The turnout proved to foreshadow the event’s attendance throughout the day.

“It’s absolutely amazing,” said Megan Woosley, coordinator of the race. “We’re blown away with how many people signed up. We had a total of 60 people … which is amazing (for) our first event. We’re just so excited with the numbers.”

Judge-Executive Curtis Dame was at the event bright and early, and in good spirits.

“As always, in my role as judge-executive, I’m proud to support community events — and one of the many volunteer-led events we have is the Calhoun Harvest Day,” Dame said. “As you can see, the vendor booths, smoke’s rolling from the grills. I think we’re excited to be here.”

One of the all-day events featured this year was a quilt show exhibit, led by McLean County Homemakers Association, who were accepting monetary donations for McLean County Christmas for Kids. For each dollar an attendee donated would put them in a drawing for a Christmas quilt that was designed and made by McLean County Quilt Guild.

Being its first year, the organization was happy to see people in person.

“Anything we do in our county is exciting,” saidMechele Arnold, vice president of the homemakers association. “It gets people out, especially after the year we’ve all had here with COVID and stuff. It’s just been awesome to see people out and going again.”

Many folks appreciate the festival’s appeal to all.

“There’s something for everybody,” said Leandra Keister of Beech Grove. “The small town comfort of it. It’s fun and laid back.”

“I brought my wife (Sharon) for the crafts and I (come) here for the cars …,” said Rick Kassinger of Livermore, who also brought their ‘67 Chevelle to the cruise-in to put on display.

While fun played a vital role in the event’s success, many people were thrilled at the opportunity to see and speak to others.

“I’ve seen a lot of people I haven’t seen in awhile,” Kassinger said. “That’s the main reason we come down here (is) to catch up with people. I really think (people like) getting together and (enjoy) the reunion aspect of it.”

“Anytime that you get something together in the community, everybody seems to want to pitch in and help out,” Arnold said. “We’ve got a good group of people here in our county.”

“My biggest thing … is being around the people and the atmosphere,” said Chelsea Thomas of C&S Hippy Shack, one of the vendors that sells tie-dye clothing. “With COVID, we’ve been stuck in our houses and I just love people around people again and interacting….”

While events like Calhoun Harvest Day are keen on bringing people together, Dame sees that it goes beyond the personal connections.

“This is really a creative way to not only show community support, but there’s an economic impact here, too,” Dame said. “What it shows is that this park is a viable investment for the county, and now we’ve approached the situation where we have a conflict of having enough space and time to schedule all the events that we want to do. It’s a good problem to have.”

While plans are in motion for next year, Dant knows that the success of the event is contingent on the event’s five-person committee.

“The thing that I think makes this work is that everyone of us on this committee has a job,” Dant said. “Everyone is good at their job — you don’t have to stand over somebody. ...They know what they do and do it well.”

With the success of this year’s festival, Dame is optimistic moving forward.

“...Hopefully this event will continue to grow like it has,” Dame said. “We’re glad to have it back.”