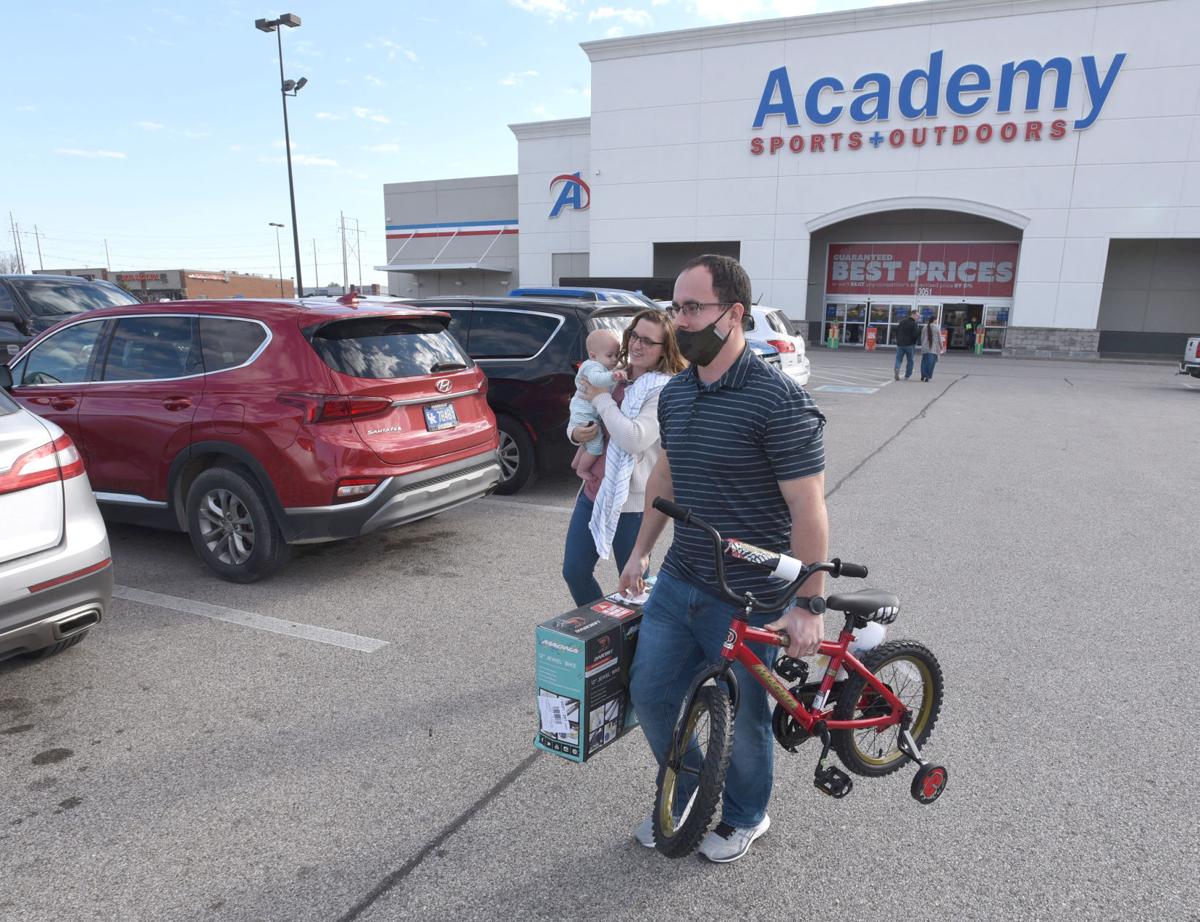 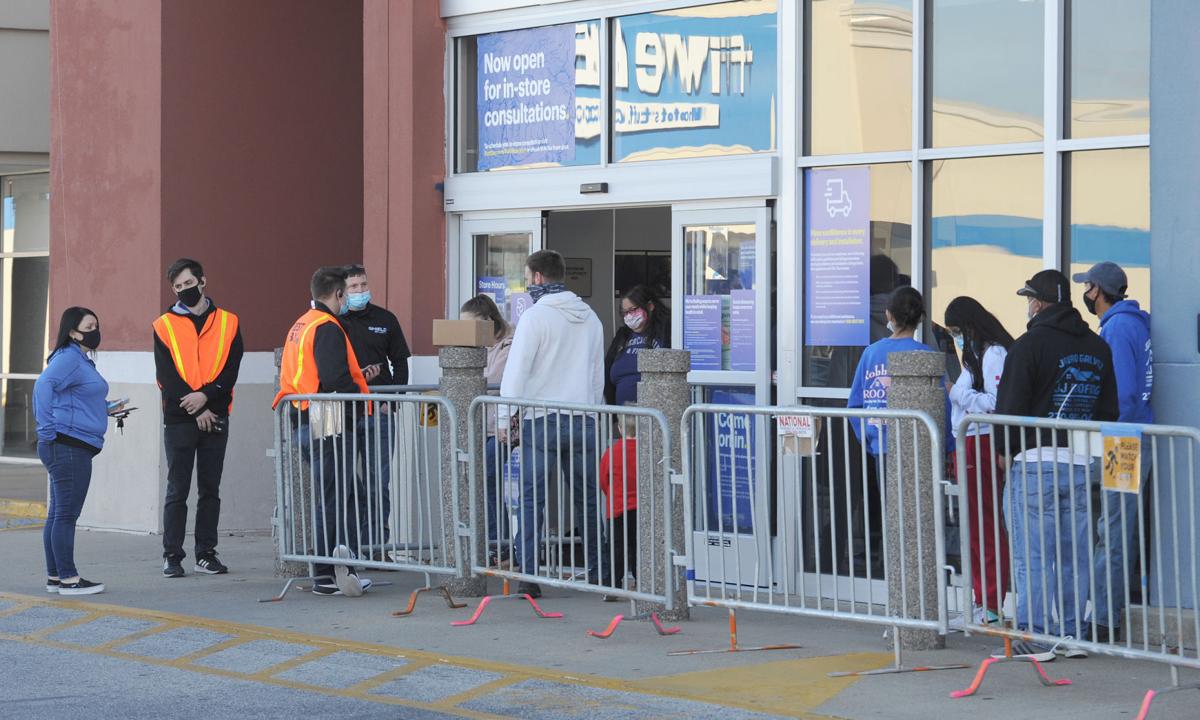 Shoppers line up outside Best Buy on Black Friday as they wait to enter the store at 5101 Frederica St.

Shoppers line up outside Best Buy on Black Friday as they wait to enter the store at 5101 Frederica St.

Elvis was singing “Blue Christmas” on the radio.

Shoppers were pushing carts filled with gifts to their cars.

It was Black Friday.

With the coronavirus pandemic getting worse, merchants dropped the doorbusters this year and began offering Black Friday prices a month ago.

But people were still shopping Friday.

“We just needed some Christmas stuff,” Zack Rhodes said as he left Lowe’s.

He said he has been shopping the early deals as well.

At Meijer’s, Marcus Troutman said he had bought more stuff earlier this year.

“But I prefer the way it used to be,” he said. “There seemed to be a lot more in the stores then. We haven’t found much today.”

At Menards, Cindy Krampe said, “It’s really different this year. I always shop at Menards on Black Friday. I found good deals. And it looks like they’re taking precautions in the store this year.”

Her shopping cart was filled to the brim.

“I enjoyed it more this year,” she said, “shopping at home in my pajamas.”

Some miss the old days of doorbuster bargains at 4 a.m.

“It is not so much for the sales for me as the time with them,” she said. “Waiting in line gives time to catch up, shared victories over finding deals and sharing a meal when you are all done. That is what I will miss this year. We are not the type to elbow anyone out of the way. It is about memories and tradition.”

“I will miss doing the shopping on Black Friday with my daughter,” Diann Meredith-Cecil said. “We have so much fun and make a lot of memories.”

“I look forward to Black Friday as girl time with my sisters,” Laura Atkinson Ramburger said. “We go for fun and deals, but we’re not hard core. We enjoy the hunt and the long lines are expected. When day breaks, we go for breakfast before we head back out. Sometimes, we even go home and take a nap and go back out in the evening. We have so much fun.”

But others love the changes.

Melissa Howard said, “There are not log chains strong enough to drag me to a Black Friday sale. Never been, never will.”

Shannon Day Miller said, “I never have done Black Friday. I prefer the month-long deals. People don’t seem to get as crazy if they feel like they have more time.”