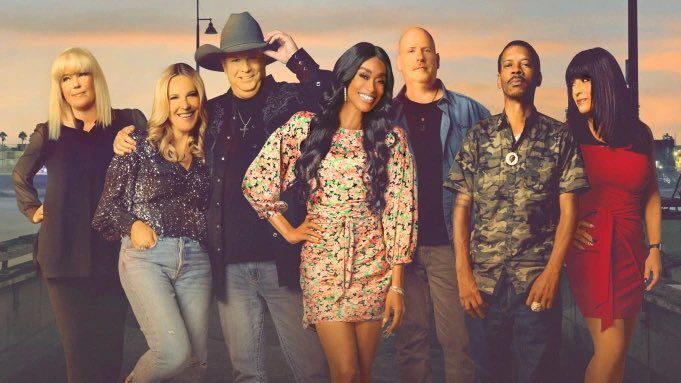 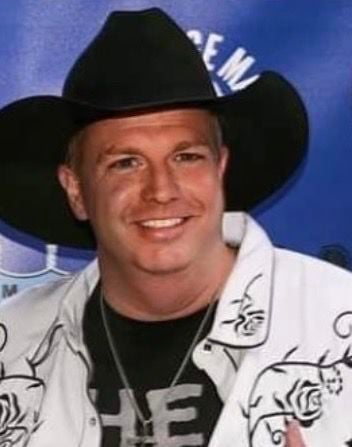 Owensboro native Jon Brennan is making his way back into the eyes and ears of the nation.

Brennan, who was famously known as the youngest cast member of the second season of MTV’s “The Real World: Los Angeles” in 1993, will be reuniting with his fellow ex-roommates on “The Real World Homecoming: Los Angeles,” which will begin streaming on Paramount+ on Wednesday, Nov. 24.

Brennan, who resides in Alabama, got the call from the production team in December 2020 while he was about to keep score at a local basketball game, as part of his duty as a youth pastor. When they asked Brennan if he was interested in the reunion, he didn’t blink an eye.

“I’m like, ‘Of course. I’ve been waiting for this call for a decade...,” Brennan said. “...It was a good experience for me. “The Real World” was a very positive experience, a learning experience for me. It grew me as a person. I got to reveal to the world who I was to the core — who I genuinely was. I jumped at the opportunity. I was excited about it.”

However, the excitement waned at first, after producers decided to pursue the 1992 castmates from “The Real World: New York,” for first season of the spin-off series, which premiered in March. While doubtful his reunion would happen, Brennan received another call in April saying that his season was a go after the first revival was deemed “a huge success.”

Brennan was happy when the show started production in August, but said that some of fellow cast members did not share the same feelings.

“Not all of my roommates were interested in doing it, and for a variety of reasons,” Brennan said. “It wasn’t a great experience for everybody. To be honest, there are people on reality TV that wished they had never done it (and) wished they never heard of reality TV.”

But Brennan said that he has nothing but positive memories being on the show and enjoyed being able to share his roots with the world.

“...For me, I came across very well,” Brennan said. “They came to Owensboro and featured the BBQ festival, where I went to church. Owensboro’s a great town and was really, really a great hometown for me, and I was so proud of it. Everything they revealed about me and portrayed me as was favorable.”

Brennan has kept busy since the show wrapped over 29 years ago by moving into ministry, leading music in church and doing missionary work in Africa. However, Brennan eventually stopped trying to pursue a music career.

“I’ve done a lot of things, but I stopped doing the one thing that I really loved to do, and that’s performing and singing country music,” Brennan said.

He attempted a career as a country musician in Nashville and was signed to Capitol Records before getting dropped in favor of Trace Adkins, and then was passed over by another record label for Rascal Flatts.

But Brennan couldn’t deny the fire and passion and finally made his move.

Earlier this month, Brennan released his first independent studio project “I Ain’t Done Singin’ Yet,” a collection of three original songs and two covers tracks, John Conlee’s No. 1 country hit “I’m Only in It for the Love” and Alan Jackson’s top-five bop “Here in the Real World” — just in time to draw people in for the season premiere of the show.

“They really coincide,” Brennan said. “When I found out that we were going to be doing this homecoming with ‘The Real World,’ I saw it as an opportunity that I felt like I had kind of missed. Back in the 90s when I had all that exposure on ‘The Real World’ … I was in Nashville working, trying to get my music out there, and I had a record deal (and) was touring off the exposure. But I never had a record release, and I missed that window of opportunity.”

When Brennan signed on to the show, he knew it was time to finally achieve that goal.

“I’ve always wanted to put a record out; I’ve been wanting to,” Brennan said.

Brennan hopes that the record, in conjunction with the show, will get him one step closer to his dream.

“My goal is not to sell a million of these,” he said. “I mean, I would love to sell a million of these. But, I’m not on the radio. I’m not on a major label. But my goal is to stir up my fan base again, and let them know I’m still interested in performing, let them know I’m still out there, and let them know that I’m singing better than I ever have and get a label’s attention and have a record label say, ‘Hey, you did this on your own. Look at what you stirred up. Let us re-release this, let’s put a few more songs on there ....”

Though Brennan said he can’t reveal too much about what happens this season’s reunion, he shared that the sixth episode of the series, which will air Dec. 30, will feature his music and a concert that included Brennan performing.

And folks will have the chance to see Brennan soon and in-person, as he will be back in town performing at Goldie’s New Year’s Eve show on Dec. 31 at the RiverPark Center, where he will perform three songs off his new record.

In regards to the reunion series, Brennan admits that seeing his fellow castmates for the first time in years wasn’t exactly a celebration.

“It was awkward, and some of them I’ve talked to every week in the last 29 years, and some of them I talk to once a year on Facebook,” Brennan said. “...Our relationship was a tenuous one — a very dramatic television series that we were pioneers of, and nobody knew what was going to happen. Nobody knew what life after reality TV was going to be like.”

Even Brennan was uncertain about staying with the series after the first two nights, due to the content and foul language not aligning with his image as a “wholesome, Christ-following, missionary, nice guy next door,” but he stuck it out to make a statement to viewers.

“That was my reunion as much as it was everybody’s reunion,” Brennan said. “...I’m here to tell the world that I’m still here doing what I am doing. I want the world to have an update on me.

But Brennan promises that despite their ages, the eight-episode season will have a familiar feel that will please loyal fans.

“The fireworks that happen at our homecoming are ridiculous,” Brennan said. “I know you would think that it would be a little bit boring because (we’re) older and (we’re) going to talk about old stuff — no. It was crazy again.”