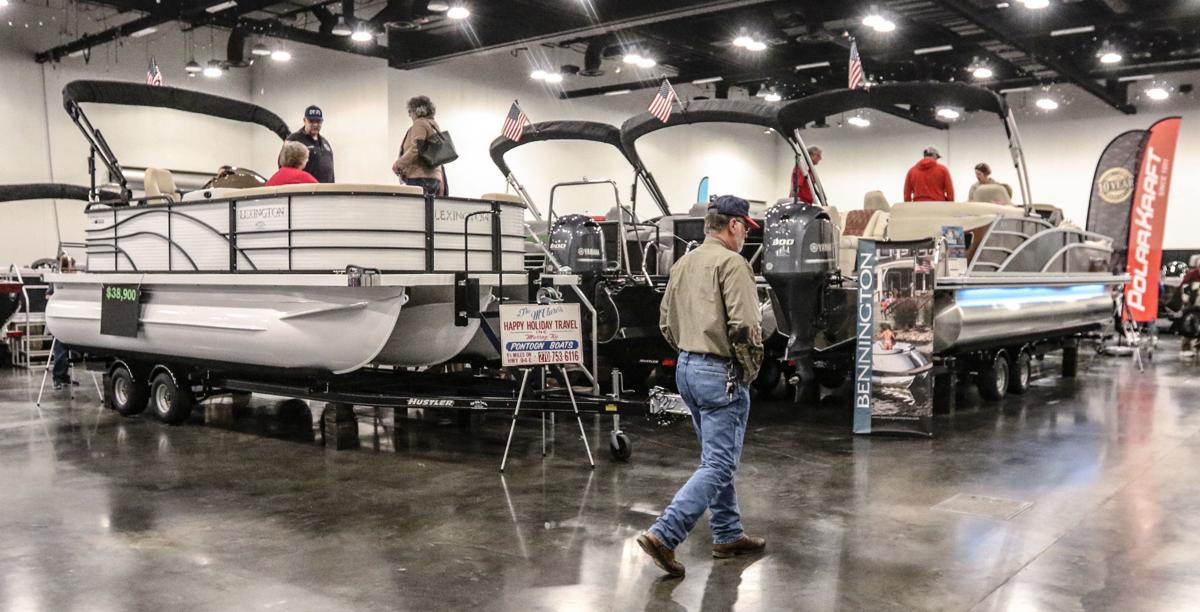 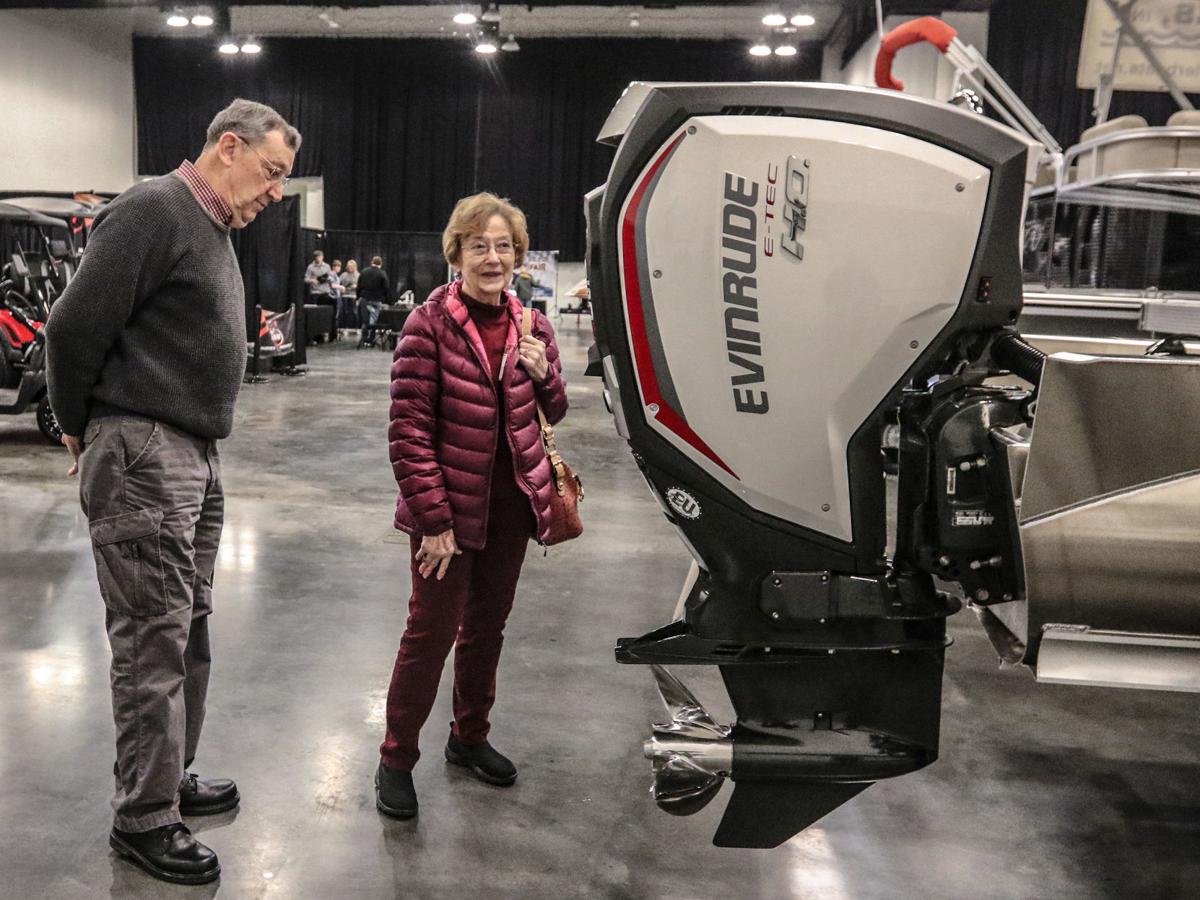 Lyn and Rita Hardesty look over a 150-horsepower Evinrude boat motor while browsing the items displayed during the West Kentucky Boat & Outdoor Show Saturday at the Owensboro Convention Center.

Lyn and Rita Hardesty look over a 150-horsepower Evinrude boat motor while browsing the items displayed during the West Kentucky Boat & Outdoor Show Saturday at the Owensboro Convention Center.

The temperature read 38 degrees Saturday, but a brisk wind made it feel more like 29.

A perfect day for an indoor boat show, Brandon Kleeman of Tell City said as he watched potential customers climbing on the Landau pontoon boats in Flash’s section of the West Kentucky Boat & Outdoor Show at the Owensboro Convention Center.

“You don’t want it to be too nice outside,” he said.

It was a day for looking and dreaming about summer days on the river or a lake.

Lyn and Rita Hardesty were thinking about upgrading to a larger boat.

“He really wants one with a bigger motor,” she said.

It’s time to start teaching the grandkids to operate a boat, he said.

Boating enthusiasts, the Hardestys said they come to the boat show every year they can. This year, their boat will be at Barren River Lake after being at Rough River Lake for several years.

Barren is about twice the size of Rough River, her husband said, and not as crowded.

Daniel Haynes of Centertown was at the show making contacts with dealers to buy a used boat later.

But it wasn’t all boats.

There were golf carts, four-wheelers and campers too.

He brought campers over to the Boat & Outdoor Show this weekend for the third year.

A 37-foot Prowler camper that sleeps eight in bunk beds was getting a lot of attention.

“We’ve done pretty well here in the past,” he said. “We see people from Louisville, Evansville and other places — not just Owensboro.”

Nancy Mieure of Hazel is the show’s promoter.

“It’s free, so you can bring the whole family at no cost,” she said. “It’s a great location, and parking is free.”