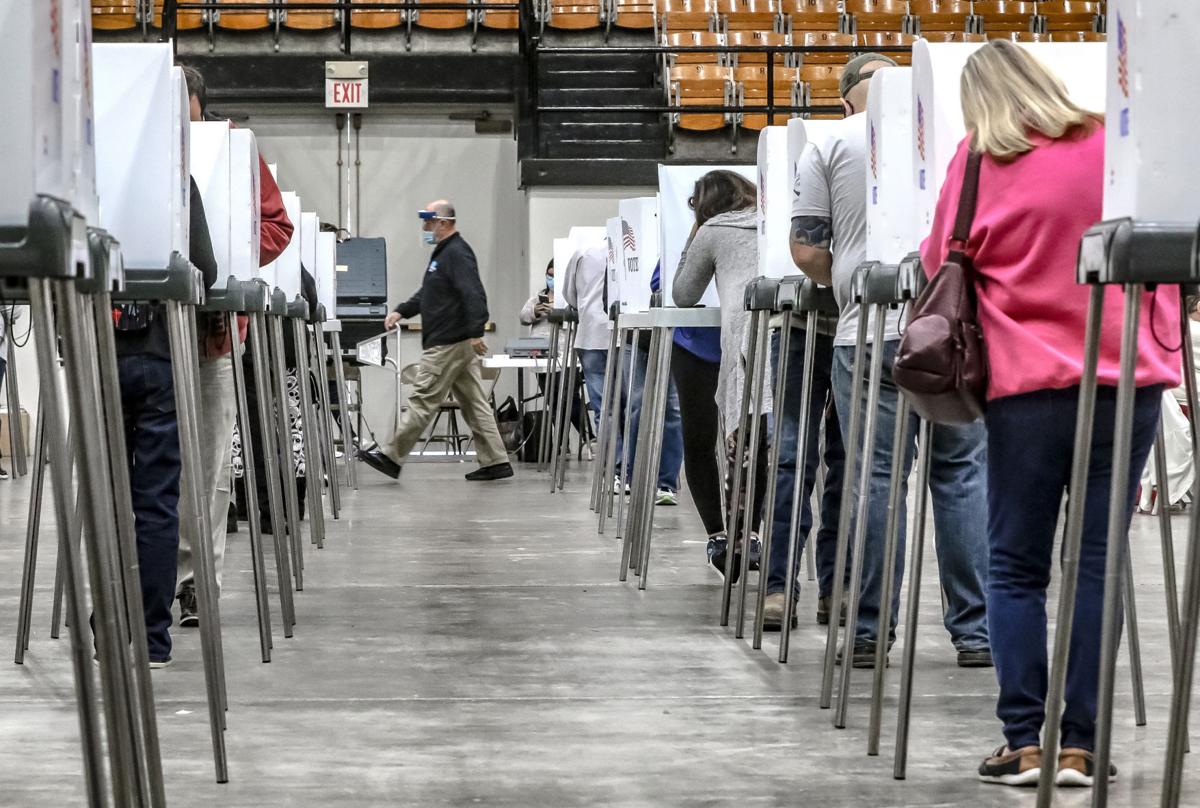 Voters cast their ballots in person Tuesday morning at the Owensboro Sportscenter, one of six voting centers in Daviess County. 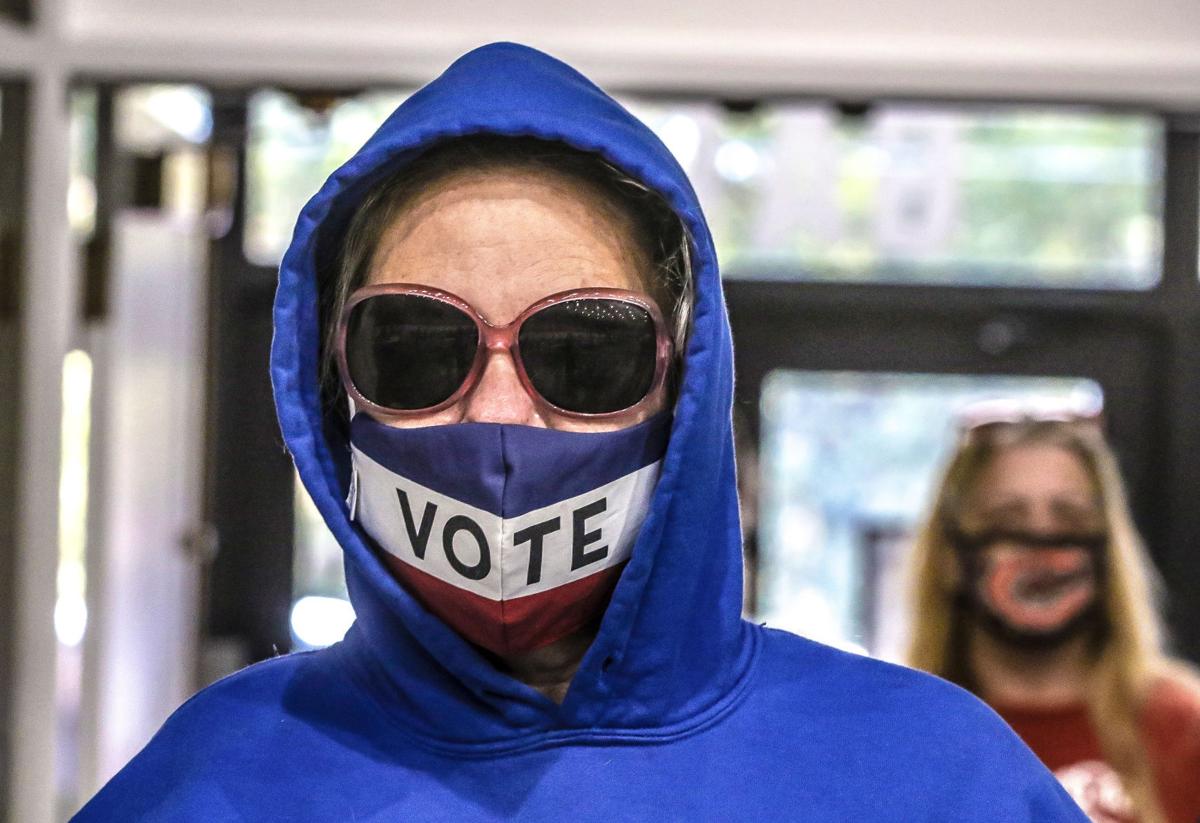 Christina Howe waits in a short line to cast her vote on Tuesday at the Owensboro Sportscenter while donning a face mask with the word “Vote.”

Voters cast their ballots in person Tuesday morning at the Owensboro Sportscenter, one of six voting centers in Daviess County.

Christina Howe waits in a short line to cast her vote on Tuesday at the Owensboro Sportscenter while donning a face mask with the word “Vote.”

By 6:45 a.m. Tuesday, there wasn’t a line of voters waiting at the Owensboro Sportscenter.

Although there was a line when voting started at 6 a.m., the voting process allowed people to flow smoothly.

The ease of the process probably had something to do with the fact that a large percentage of county voters had already cast their ballots, either through early voting or by absentee. By the time early voting ended Monday evening, 26,165 people had voted at the county’s two early voting sites, and 12,154 absentee ballots had been returned of the 13,546 that had been mailed out.

Although there were different ways to vote, some voters Tuesday said they wanted to wait until Election Day to cast their ballots.

“To me, Election Day is Election Day,” Jennifer Hall said. “I don’t think you should have months in advance to vote.”

Wandra Simmons didn’t have an opportunity to vote early but made time to vote Tuesday at the Sportscenter.

Deciding who she would vote “was not a quick decision,” Simmons said, adding that she spent time reviewing the national candidates’ positions and track records. Healthcare and Social Security for retirees were issues of particular interest, she said.

“I’m 62. When I retire, I want to know there’s going be something for me ... Not only for me, but for the generations that come behind me,” Simmons said.

“Because everyone voted early, it hasn’t been a madhouse,” McCarty said Tuesday afternoon. If anything, turnout Tuesday had been less than she expected.

“I don’t have the biggest staff,” so it was easier to staff six large voting centers than 56 precincts, McCarty said.

At Towne Square Mall, voter traffic was steady at the voting center at the former Burke’s department store. Kenneth Kelley, who came to vote wearing an Owensboro Catholic face mask, was a voter who decided to wait for Election Day to cast his ballot.

“I didn’t want to vote with the mail-in” absentee ballot, Kelley said.

Rachel Wahler, who also voted at the mall, said voting on election day “would mean more to me.” Wahler, who teaches middle school history in Henderson, took the day off to vote.

Ex-national security adviser says US reputation has been harmed

Why Black voters are hopeful for change under Biden administration

“I was on the fence for so long” when weighing the candidates, Wahler said.

“Even with (Amy) McGrath, one day I would be like, ‘She’s right,” and one day ‘He’s right,’ ” Wahler said, referring to Mitch McConnell. “It was a difficult election.”

With COVID-19 cases surging in the state and region, the county clerk’s office took multiple precautions to make voting safer on Tuesday, such as cleaning each voting station between uses and requiring voters to use hand sanitizer before touching the electronic poll books at check-in.

Voters at both locations said they appreciated the precautions.

“It was flawless,” said Jerry Hoffman who voted at the mall. “Everybody was spaced out, and there was a lot of room … It was really convenient.”

Kelley said of the setup at the mall, “If anybody complains about this, they have some real issues.”

“I didn’t know what to expect, but I was in and out of there. It was nice.”

P.J. Starks, who voted at the Sportscenter, said he also felt safe while voting.

“You’ll never be able to fully do enough,” Starks said. “In there, I didn’t feel unsafe.”

Wahler said she believed the outcome of the election would be fair and correct.

“I probably feel more confident this year,” Wahler said, although, “it’s going to be days before they know who actually won.”

While many of the voters interviewed said they’d be following the election results through the night, Hall said she was ready to move on.

“I will probably follow a little bit of it, but I’m so done with what’s on TV and Facebook,” Hall said. “I’m just glad it’s over. It has been too much.”