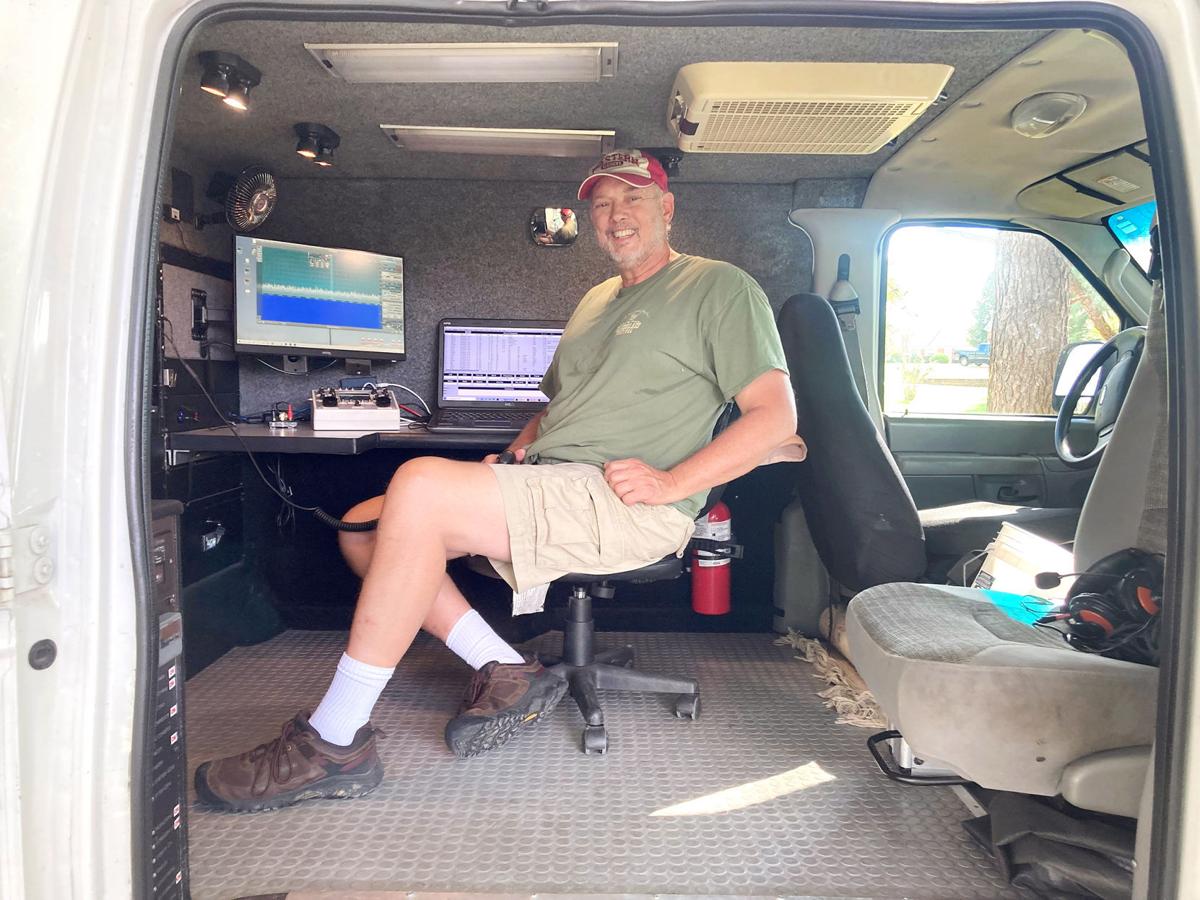 David Patton, member of the Owensboro Amateur Radio Club, sits inside his HamVan on Friday, outside his home in Philpot. 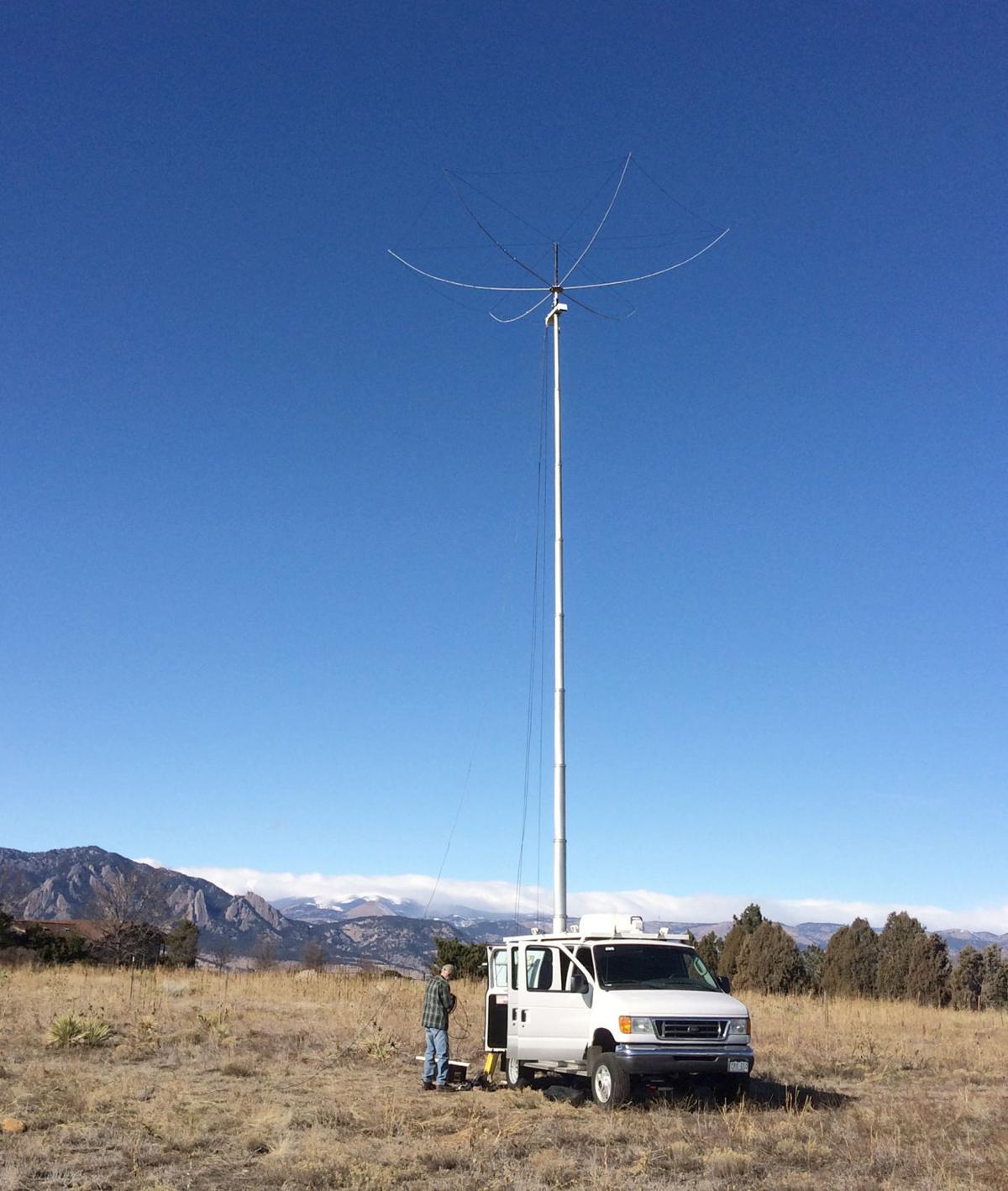 David Patton, member of the Owensboro Amateur Radio Club, with his HamVan in wintertime operation just east of Boulder, Colorado, for a “Winter Field Day” event that promoted emergency readiness and outdoor operations.

David Patton, member of the Owensboro Amateur Radio Club, sits inside his HamVan on Friday, outside his home in Philpot.

David Patton, member of the Owensboro Amateur Radio Club, with his HamVan in wintertime operation just east of Boulder, Colorado, for a “Winter Field Day” event that promoted emergency readiness and outdoor operations.

The Owensboro Amateur Radio Club has been connecting members of the Owensboro community to the airwaves for nearly 70 years, serving as both social interaction and a volunteer emergency service.

While the club was founded in 1953, Owensboro resident David Patton has been a member for just about one year after spending the last 30 years in Colorado.

“The club is a general-purpose club in that it focuses on anything HAM-radio related, amateur-radio related,” Patton said. “That includes people who do emergency services, which is a big part of what is coming up at the next club meeting.”

The Owensboro Amateur Radio Club will next meet at 7 p.m. Tuesday, Oct. 19, at the American Red Cross building, 1700 Frederica St.

Patton said that while emergency preparedness is still a significant part of HAM radio, a lot of club members enjoy the social aspect of communicating with friends and meeting new people over the airwaves.

The club maintains repeaters, which amplify local frequencies so they can be transmitted a greater distance.

“What a repeater does is it actually receives the signal on one frequency and then retransmits it on a nearby frequency,” he said. “Small radios or the radios that we have in our cars that have small antennas, they operate at higher frequencies, so they are very convenient to carry or put in your car, but they tend to be line of site, meaning that if I want to talk to somebody in Henderson, it is going to be very difficult.”

A repeater mounted higher into the sky can receive that weak signal and retransmit to increase its coverage area.

“It has a much greater coverage area, so I can take a little walkie-talkie and talk to someone down in Bowling Green,” Patton said.

Steve Morgan, also a member of the Owensboro Amateur Radio Club, said he has been a licensed amateur radio operator for more than 50 years.

Here's how much delivery drivers make in every state

Beyond star ratings: 10 things consumers should look for in product reviews

After using a kit to build a CB radio while in the Boy Scouts, Morgan said he became interested in the communication method and joined the HAM radio club at Daviess County High School.

“I got into their club, I was interested in communications, and they had directed me towards getting my HAM license through the club,” Morgan said.

Morgan said the Owensboro Amateur Radio Club has been involved in public service for the community since its inception, and it is a core element of operating an amateur radio.

“The reason why we have a license is we are there to provide communications for the public when all else fails,” he said. “That means if we lose all communications, such as all electric. That is the primary purpose of why we have frequencies that we do have.”

Morgan said club members still practice how to respond if the power grid goes down and how they would provide the essential communication if that happened.

“Our basic purpose is to serve the community, whether it is a local situation or a regional or a national one,” Morgan said. “If all electricity was gone, you couldn’t pump gas for a car, you couldn’t boil water on an electric stove or anything like that.”

While it can be difficult to bring younger people into the amateur radio fold, Morgan said the hobby continues to inspire young Americans by showcasing the importance of communication methods.

Patton said becoming an amateur radio operator has had a defining impact on his life and career. After earning a degree in history, Patton enlisted in the Army, serving as a communications officer. After retiring from military service, he continued to work in engineering, product development and marketing for high-tech companies.

“The hobby allows you to have the freedom to explore what you are passionate about,” Patton said.