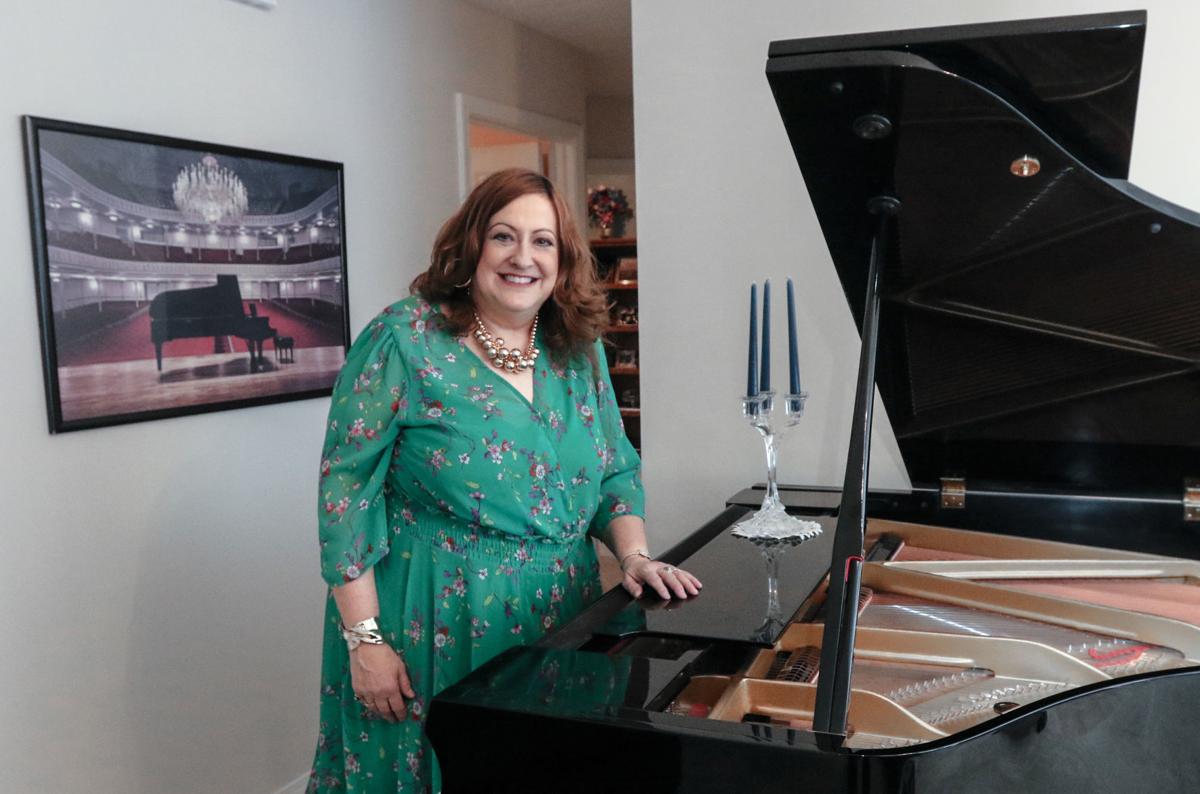 Diane Earle stands next to her piano in her home in Owensboro on Tuesday. After 36 years as professor of piano at Kentucky Wesleyan College, she will retire at the conclusion of this semester. 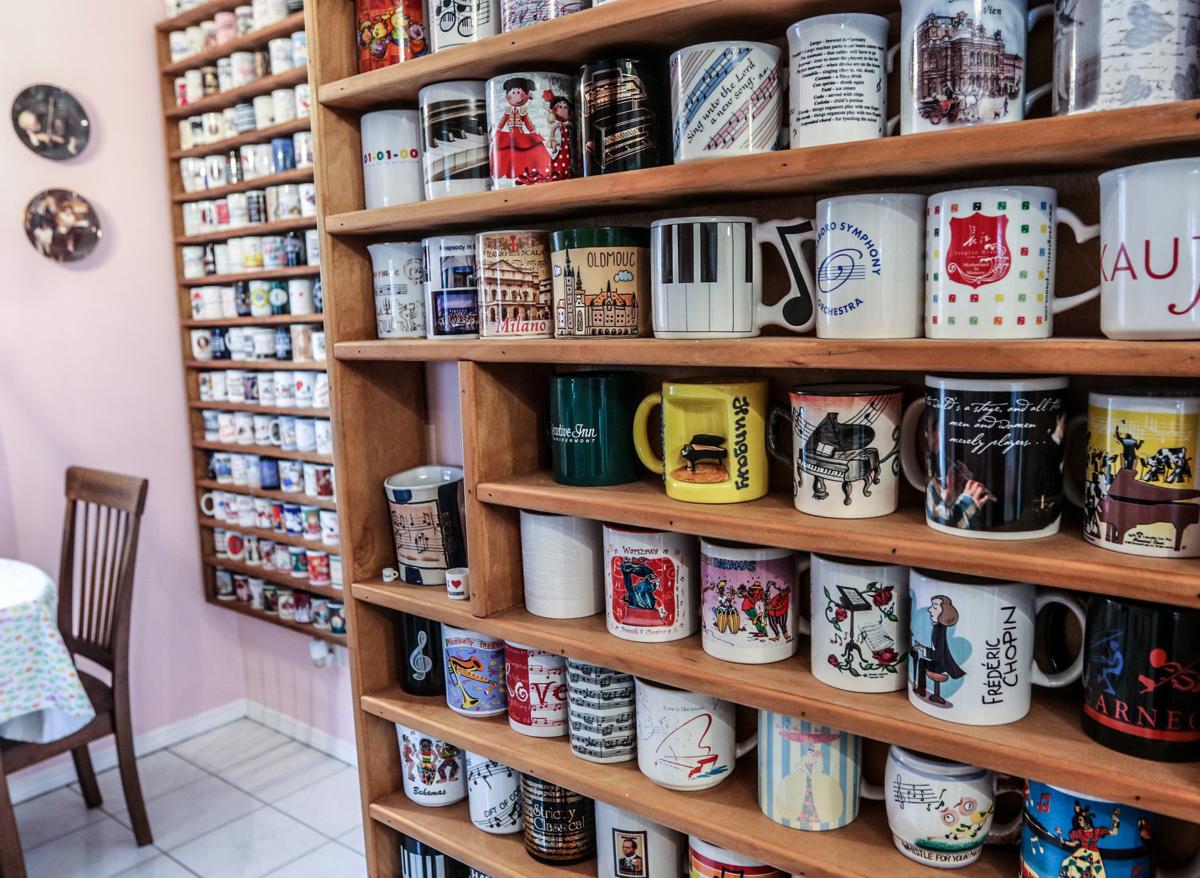 Earle displays a huge collection of coffee mugs she has collected from her travels around the world on shelves along her kitchen walls.

Diane Earle stands next to her piano in her home in Owensboro on Tuesday. After 36 years as professor of piano at Kentucky Wesleyan College, she will retire at the conclusion of this semester.

Earle displays a huge collection of coffee mugs she has collected from her travels around the world on shelves along her kitchen walls.

When Diane Earle first considered the position as professor of piano at Kentucky Wesleyan College in 1984, she had to look up Owensboro on the map.

Now, 36 years later, Earle has decided to retire from the college where she has spent her entire teaching career.

“I thought I’d stay here a few years, and then I fell in love with the community and the college, and 36 years later, here I am,” she said.

Earle began playing piano at age 6 and says she always knew she wanted to be a pianist.

She has traveled the world performing on cruise ships and various venues, is the current Settle Memorial music director, and the Owensboro Symphony Orchestra’s principal pianist, both jobs that she intends to keep. She plans to stay around Owensboro and hopes that with her free time in retirement, she can continue what she calls her music ministries throughout the area, performing in the Owensboro Health Regional Hospital lobby as well as assisted living communities “when all this virus stuff is over, of course,” she said.

“I’m really excited. I’m not so much retiring from Kentucky Wesleyan as I’m retiring to some new things, and new performing opportunities and music ministry things,” Earle said, adding that while the COVID-19 crisis has been taking place and she has been safe at home, she has been adding to her music repertoire.

“I’m adding to my arsenal of music so when things get better, I’ll have some new tunes learned and everything will be fine,” she said.

Watch: 'The Masked Singer' reveals who's behind The Cupcake

Dennis Jewett, KWC associate professor of music, has worked with Earle for eight years at the college. He said that while he is happy for her he is disappointed that due to the nature of the COVID-19 pandemic, the school won’t be able to honor Earle as they had originally planned.

Earle will be retiring at the conclusion of this semester in about four weeks, and KWC, along with several other higher education institutions across Kentucky, has opted to cease in-person courses for the remainder of this school year.

“She has been the whole stability of the music program, and we just honor all the things she has done,” Jewett said. “I just think that the whole community is going to miss her. She’s going to stay here, so some of the things she will continue to do, but she has just become a fixture in the arts community of this whole city and has been a big staple here for us at Wesleyan.”

When Earle first told Paula Dehn, KWC vice president of academic affairs and dean of the college, that she was retiring, Dehn said she cried. Dehn has worked with Earle for 12 years.

“She’s really a wonderful addition, not only here to Kentucky Wesleyan, but to the entire Owensboro community,” Dehn said. “It’s amazing what she does, not only educationally, with our younger students, but throughout the community with her music ministry.”

Dehn said Earle has been known to take her music students out into the community to perform with her, and Dehn said she has never met anyone with the passion that Earle has for what she does.

“It’s just amazing,” she said. “She’s just been a real important part of the Owensboro community since she got here.”