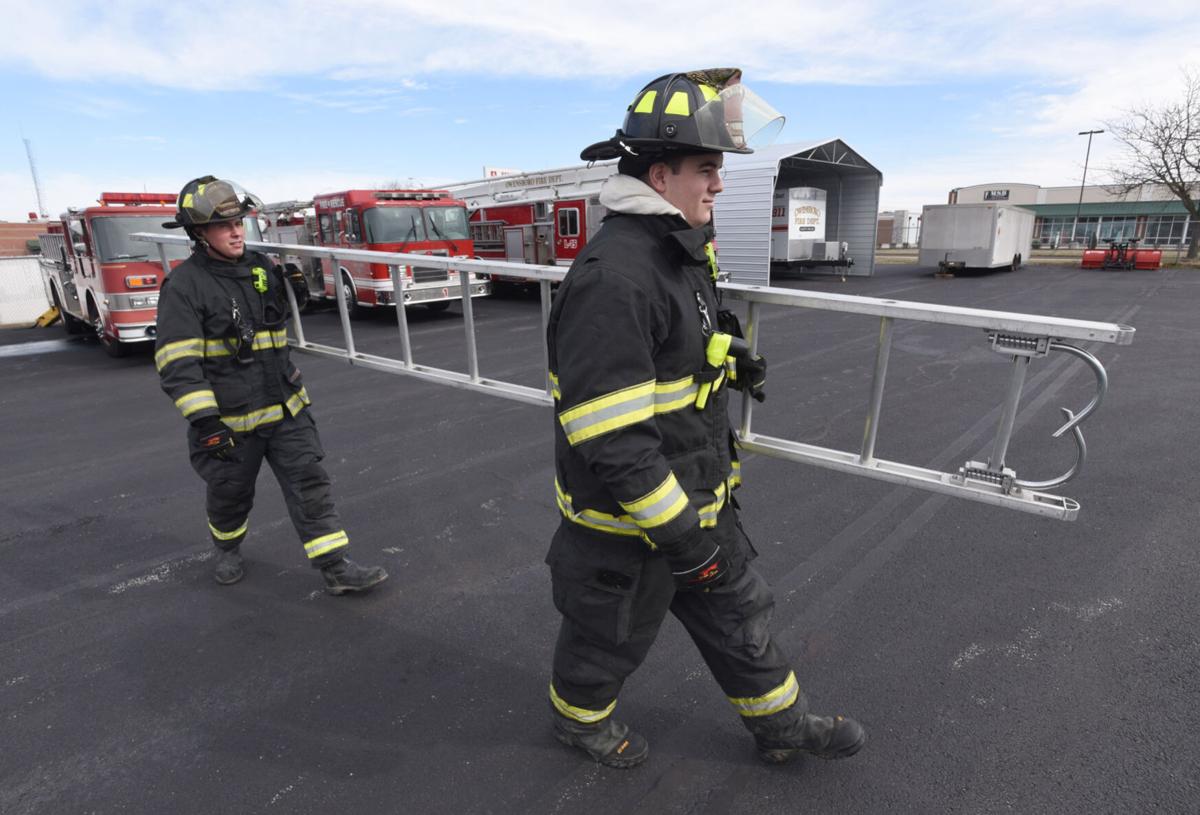 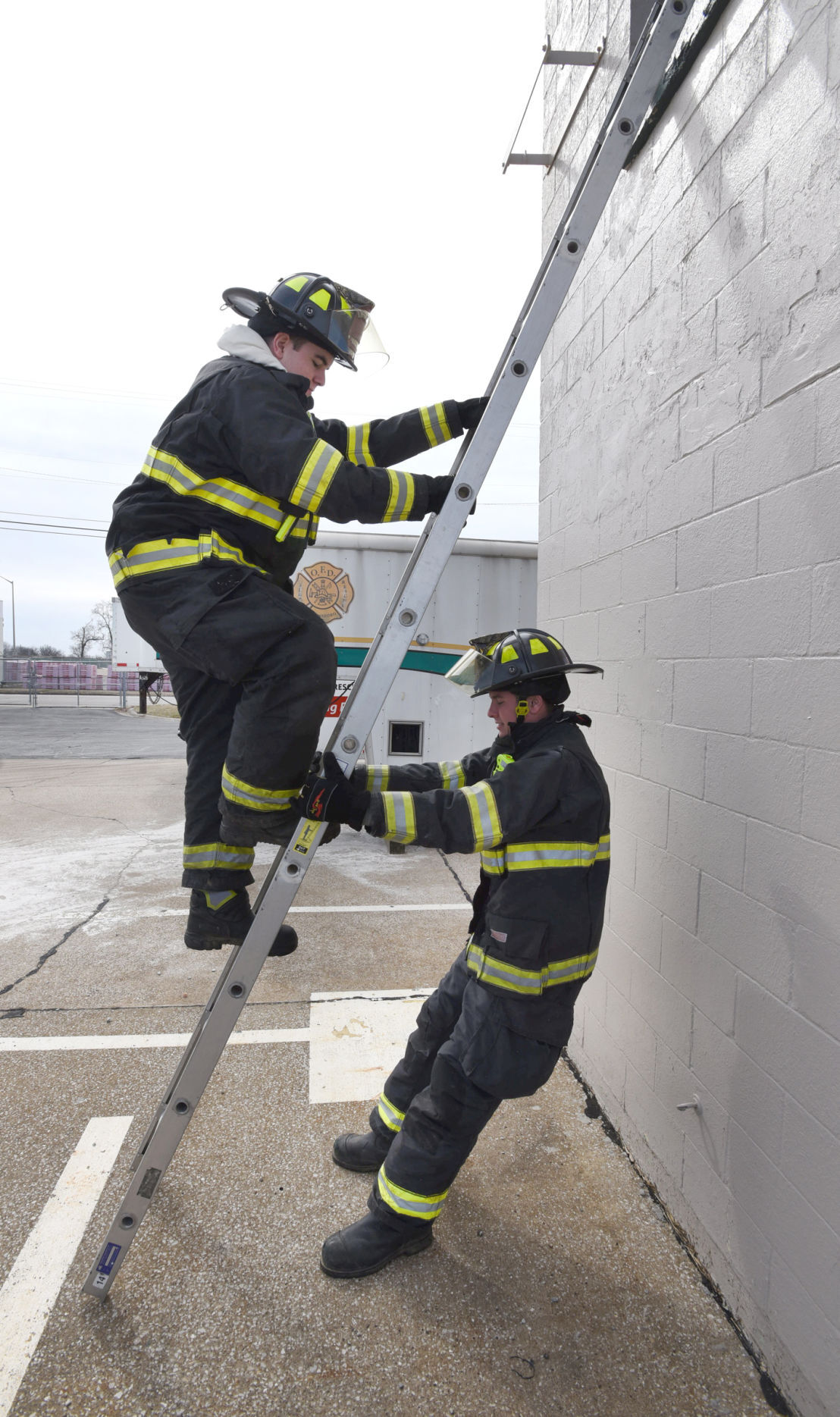 Blake Alvey and Colby Smith both have family connections with firefighting.

Alvey’s great aunt worked at the Owensboro Fire Department’s Ninth Street station, and Alvey was first exposed to the firefighting there. Meanwhile, Smith grew up around the profession as the son of now-Daviess County Fire Chief Jeremy Smith.

There was no family push for either to become firefighters, but the interest was always there. Both became volunteer firefighters and EMTs, and were hired last month as new members of the Owensboro Fire Department.

On Monday morning, Alvey and Smith were studying at the city fire department’s training center near J.R. Miller Boulevard. Firefighters in Kentucky start their careers after receiving a minimum of 400 hours of training on everything from procedures and safety to how to live effectively with a station full of co-workers. OFD does much of its training in-house and gives its firefighters 480 hours of initial training.

Alvey and Smith could have pursued other careers — candidates that make good firefighters are also sought by the private sector, which can often offer better salaries than public service careers.

Smith said he considered going into another line of work but becoming a firefighter was something he really wanted.

“I wanted to be able to enjoy coming to work,” Smith said. “You get to help people when they are in need. The good makes it worth it.”

City Fire Chief James Howard said the department is currently seeking applications. New members will be needed to replace career firefighters who are expected to retire later this year.

The deadline to apply for the current hiring process ends March 19. Applications can be found on the city’s website, owensboro.org.

“The process takes a long time,” Howard said. “When you set your standards high like we do, it takes a few more steps to get quality candidates.”

Abbott: Biden administration is presiding over 'abuse of children'

Alvey began volunteering at age 18. But he’s not the only firefighter who was inspired by family visits to the Ninth Street station when he was a child.

“I’ve got a twin brother who works for the Daviess County Fire Department” and AMR, Alvey said. “Our great aunt got us into it.”

The fire departments respond to medical emergencies and traffic accidents as well as fires. While the incidents can be upsetting at times, Lt. Brad Leonard, the department’s training officer, said firefighters help people in a number of ways.

“Emergencies are different for people,” Leonard said. A firefighter who is able to turn off the water in a home with burst water pipes has provided a valuable service, he said.

Alvey and Smith stood out because their volunteer work showed they saw the fire service as more than just a job, Leonard said.

“When you get guys and girls that are doing something for free for years ... you’ve shown there’s dedication in your past,” Leonard said. “You’re not just looking for a job, you’re wanting to be good at this.”

But applicants don’t have to have worked as a volunteer to be great firefighters, he said.

“There who those that didn’t even know this was a job they wanted,” Leonard said. “They went through the process and turned out to be great.”

Victor Blackwell looks back on his 'New Day Weekend' career

In the Mississippi Delta, access is a word that can save lives

Victor Blackwell looks back on his 'New Day Weekend' career

In the Mississippi Delta, access is a word that can save lives