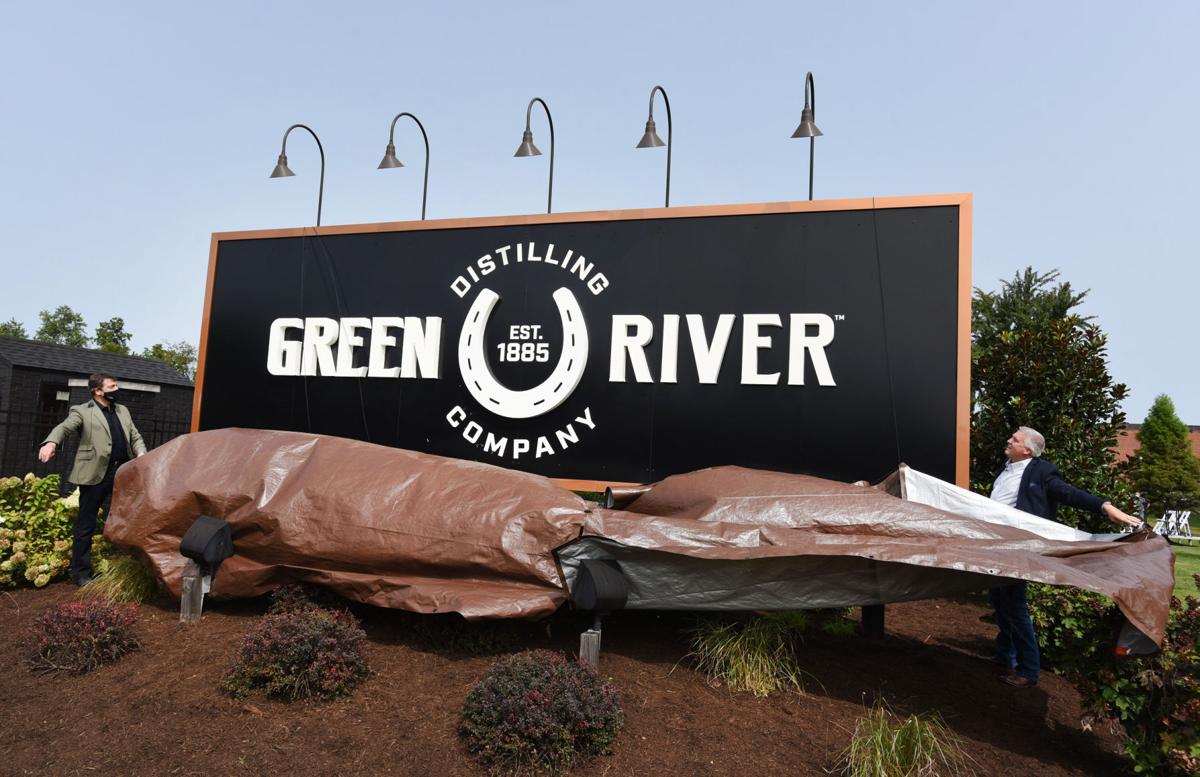 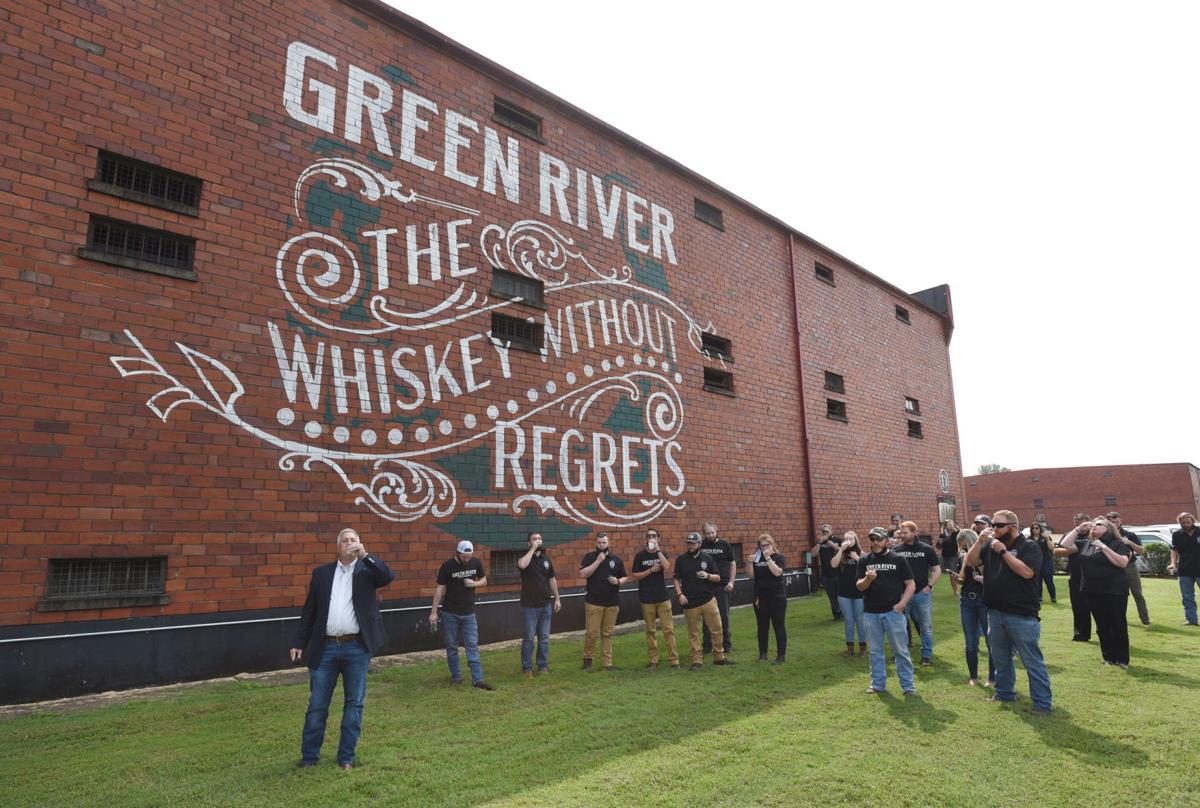 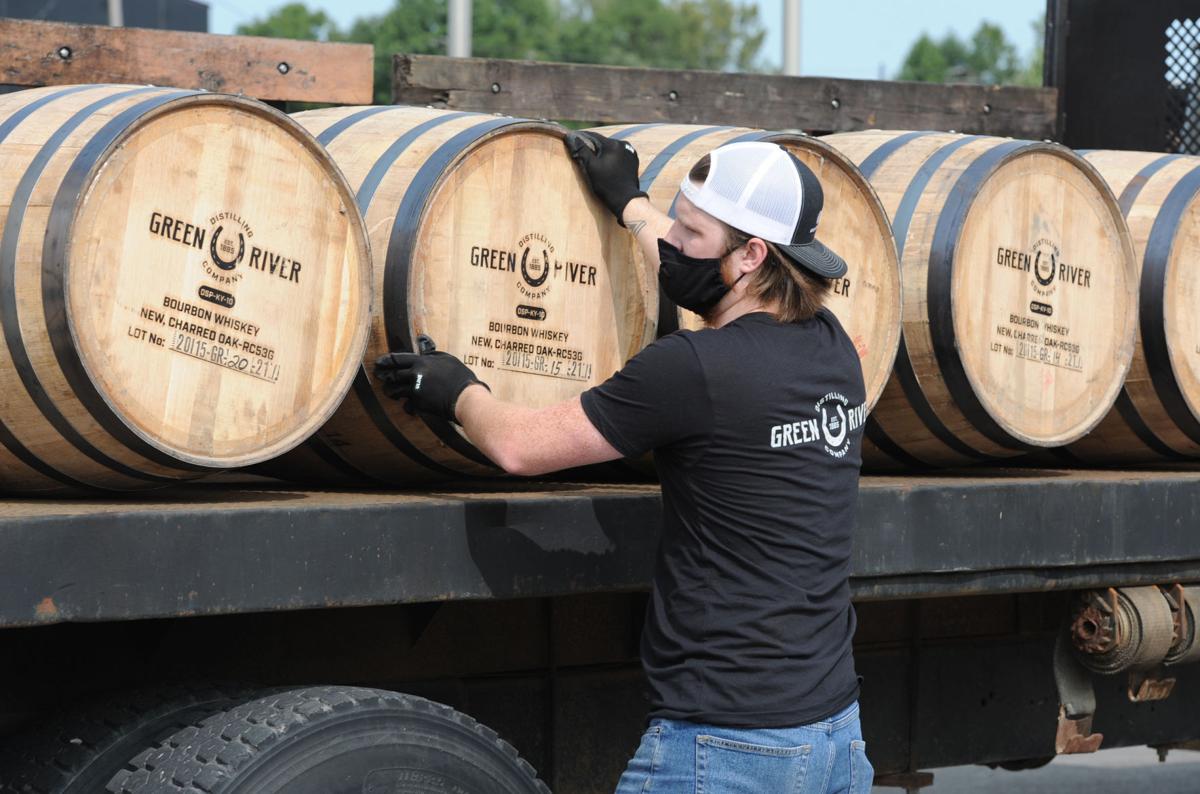 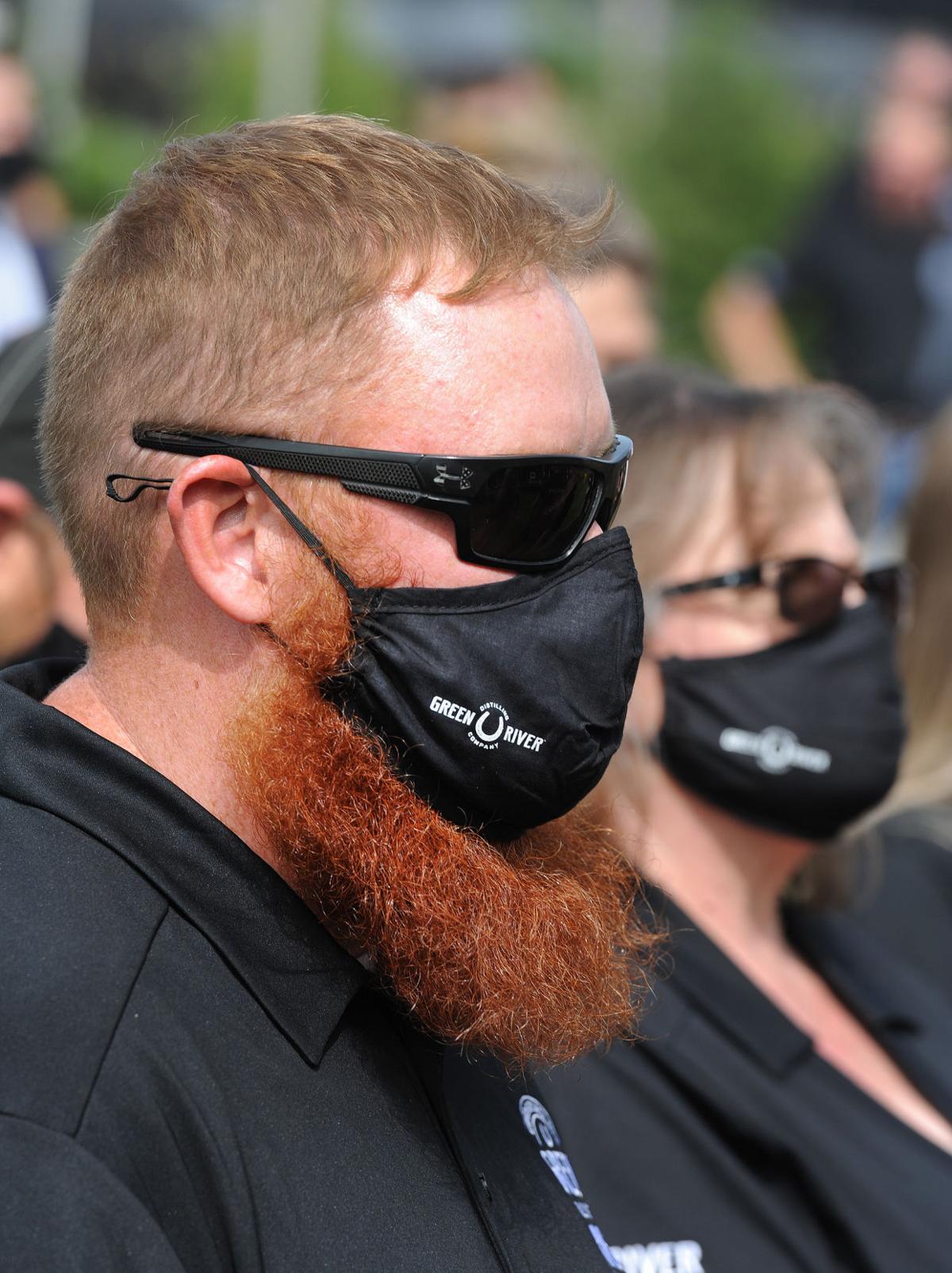 There was a revival at 10 Distillery Road on Tuesday morning as the Green River Distillery was reborn on the land where it began life in 1885.

The old Green River Distillery, which burned in 1918, was “one of the greatest distilleries in the country,” he said. “I can’t remember another legendary brand being brought back to its birthplace.”

Terressentia Corp., a South Carolina company, bought the old distillery in 2014 and turned it into the O.Z. Tyler Distillery two years later.

This year, the company acquired the rights to the Green River brand.

Simon Burch, the corporation’s chief executive officer, said it’s rare for a company to change its branding after so short a time.

But he said the name Green River is a legend in the bourbon industry and he expects sales and visits to the distillery to increase.

The O.Z. Tyler brand is no more.

All of the company’s bourbon and rye now carry the Green River brand.

That brand is “a crown jewel” of the bourbon industry, Burch said.

The distillery has 95 employees today — 78 of them full-time.

Burch said the company will soon add a bottling line at the distillery, increasing employment.

Does the name Green River Bourbon really mean that much to the average bourbon buyer?

“You’d be surprised at how much the average bourbon buyer knows about bourbon,” Gregory said. “They’re very well-educated aficionados today. If they don’t know about it, they will soon.”

He said Green River Distillery was one of the original members of the KDA 135 years ago.

Burch said the company had planned a celebration with bluegrass bands, barbecue and bourbon on Tuesday — before the pandemic began in March.

The company’s new logo features a black background with white letters and a horseshoe with the words “Est. 1885” inside.

John Wellington McCulloch’s original Green River whiskey advertised itself as “The Whiskey Without A Headache.”

Simon joked that that was before truth-in-advertising laws.

Burch called Tuesday’s event “a moment of happiness and celebration in a challenging year.”

The announcement was timed to be in the middle of Bourbon Heritage Month.

Burch said bottles of Green River whiskey will say “Pride of Owensboro” on the label.

The newly renamed distillery is the fourth largest independent bourbon distillery in the United States.

Today, it produces 90,000 barrels of bourbon and rye a year.

Call said an announcement of another product should come during the first part of 2021.

In 1893, McCulloch won a medal for excellence at the Chicago Colombian Exposition.

He took some of his whiskey to Europe and won a gold medal for quality at the Paris Exposition of 1900 and later the grand prize at the 1905 Exposition Universelle de Liege, Belgium.