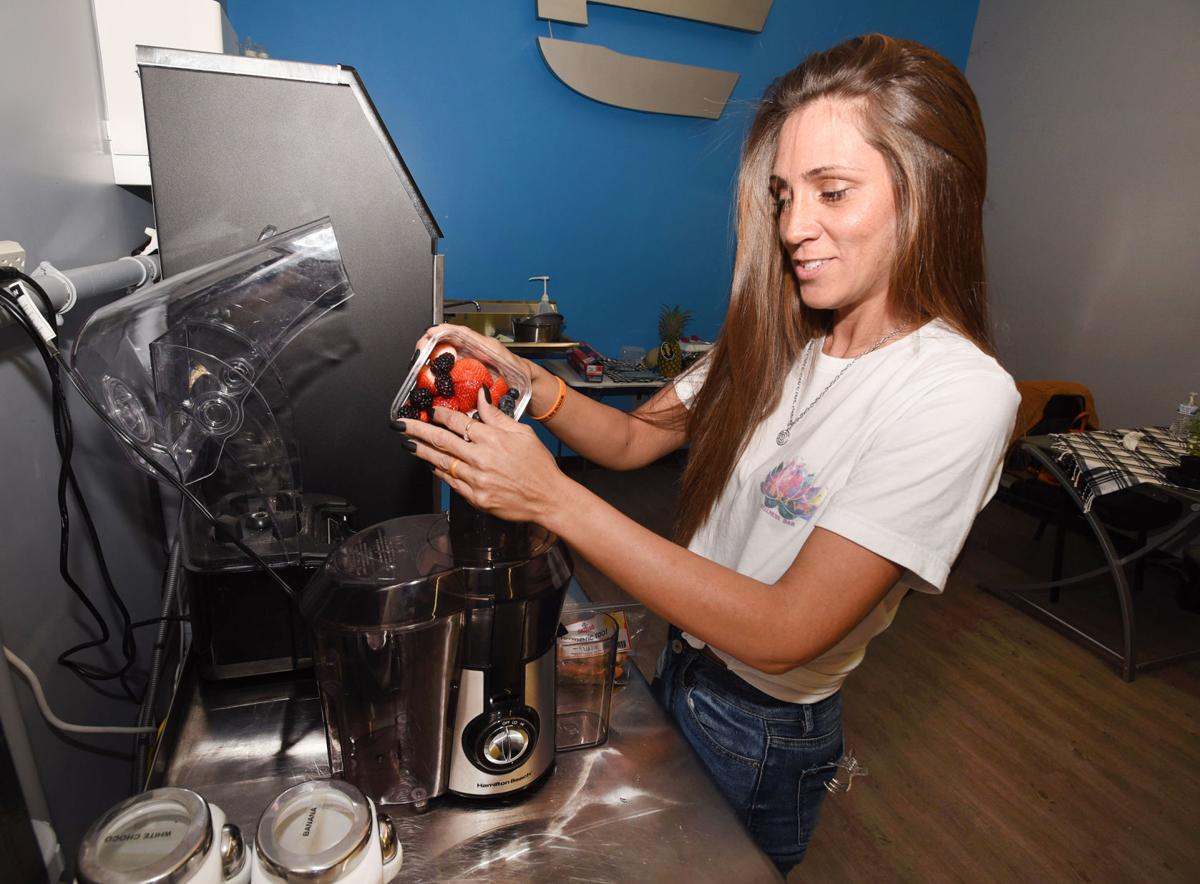 Brandi Wheeler drops mixed berries into a blender as she makes a Berry Booster at the Thrive Wellness Bar inside of Owensboro Athletic Club. 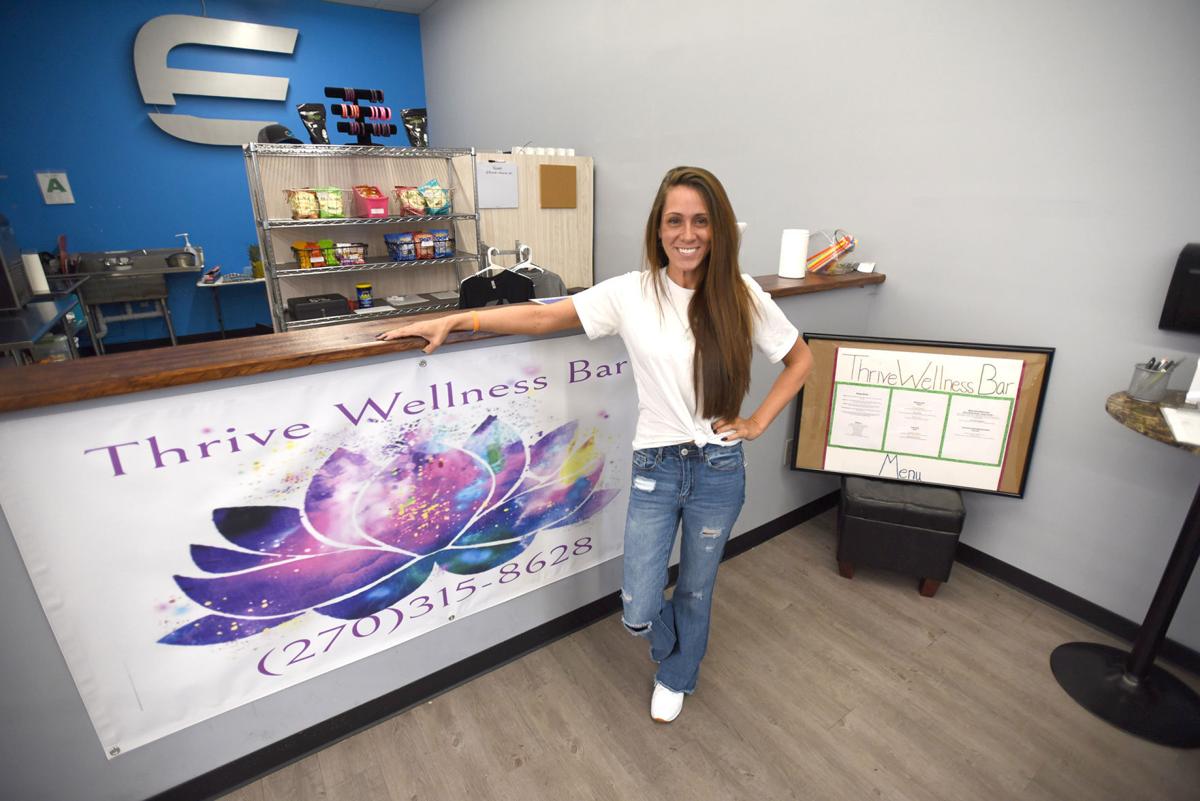 Brandi Wheeler stands in front of her Thrive Wellness Bar inside of Owensboro Athletic Club at 4010 Frederica St.

Brandi Wheeler drops mixed berries into a blender as she makes a Berry Booster at the Thrive Wellness Bar inside of Owensboro Athletic Club.

Brandi Wheeler stands in front of her Thrive Wellness Bar inside of Owensboro Athletic Club at 4010 Frederica St.

Wheeler said she is passionate about health and wellness and wants to share that passion with her community through healthy eating habits.

She said she formerly worked in the gastrointestinal field as an endoscopy technician, which is where she began learning about gut health.

“When people would have gut problems, they’d come to us, we’d run a scope to see what’s going on in their stomach or in their small and large intestines,” she said. “Part of that got me interested in why people were having these problems. I never understood until I got older and started having issues of my own.”

She said she really began looking into gut health after having a hysterectomy following the birth of her last child.

Wheeler said she felt unbalanced physically and emotionally and started taking vitamins but still was not feeling satisfied with her overall health.

That is when she said she began looking into the effects of juicing and the positive effects of specific ingredients such as ginger and turmeric.

Along with her daily wellness shots, consisting of some form of juice in addition to ginger and turmeric to promote skin and hair health, she consumes ginger on a regular basis.

Counties with the highest COVID-19 death rate in Kentucky

Wheeler said that routine has had a positive effect on her overall health.

“About six months ago, it became an idea and about four months ago, I started juice shooting about five days a week and I lost about 25 to 30 pounds within those months,” she said. “As I started to learn more, it just became fascinating how much your gut is important.”

Wheeler said she wanted to share what she learned and what has helped her with the rest of the community while encouraging healthy eating habits, in general.

She opened Thrive Wellness Bar inside the Owensboro Athletic Club about a month ago and has been slowly getting the word out about her business.

She said she serves up healthy wraps that cater to different fitness and health needs, whether they be low-carb, low-calories, or for someone who might need a high-calorie diet, in addition to her wellness shots.

While healthy, she said she also works to make sure her food is also flavorful and made fresh daily from produce that she purchases locally.

“You do all the work in the gym, now let’s see if you’re doing the work after, making sure you’re eating well, taking your vitamins,” she said. “As I bring this in here and I talk to people, it seems like each week gets a little bigger.”

'A lot of it doesn't square': Security analyst on attorneys' statement