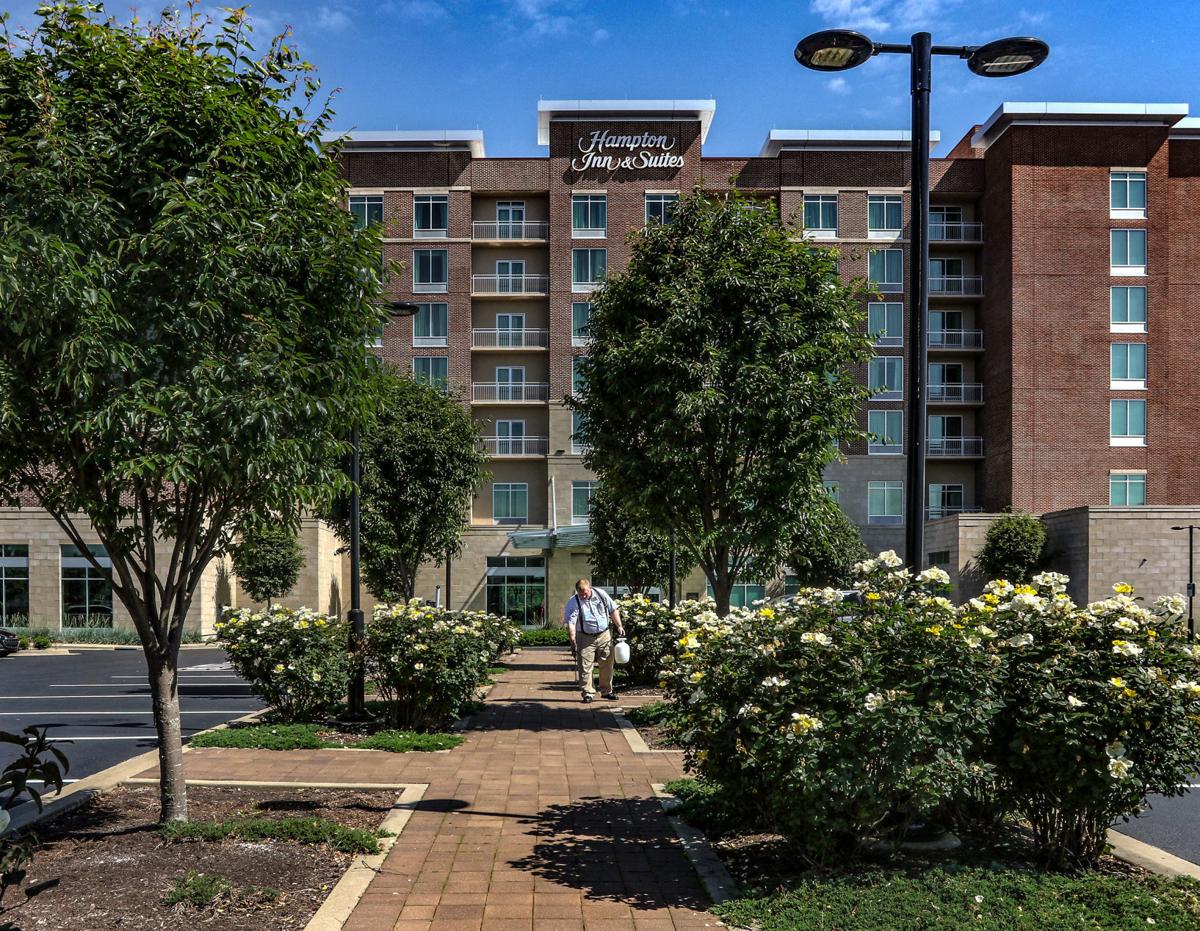 The Hampton Inn & Suites Owensboro/Downtown-Waterfront reopened on May 15 after temporarily closing during the coronavirus pandemic. The nation’s hospitality industry, along with attractions and events, has sustained massive losses in the past two months. 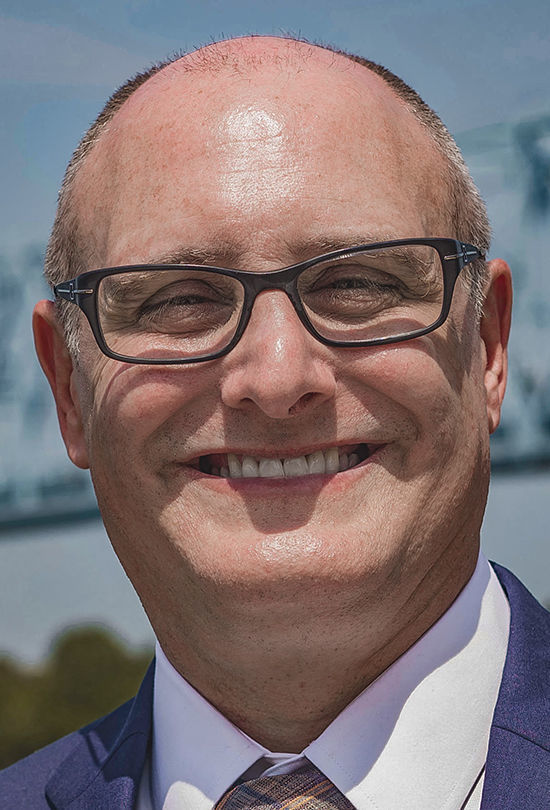 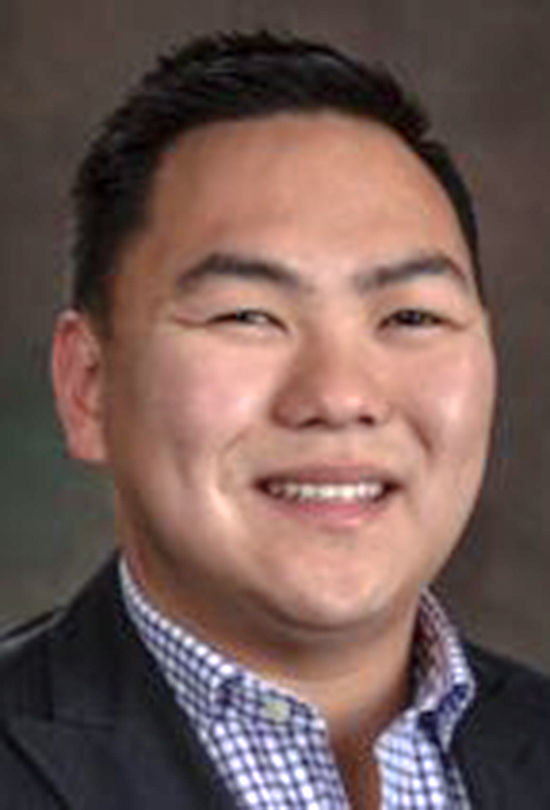 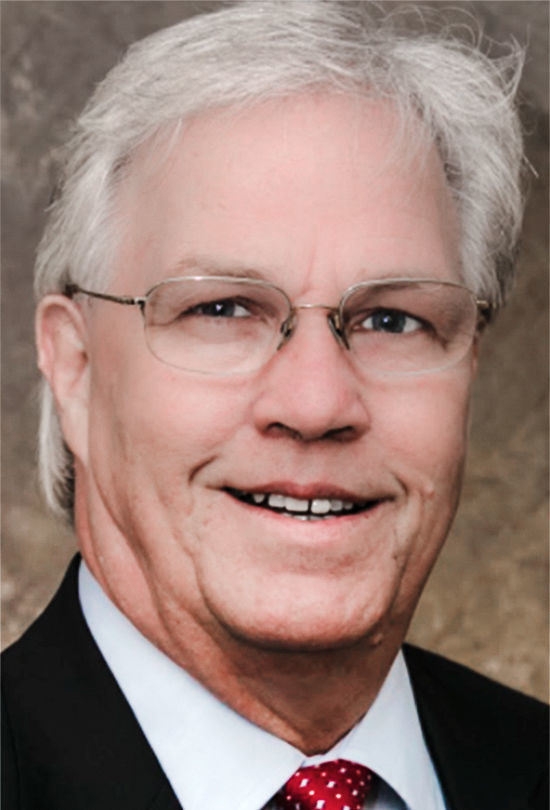 The nation’s hospitality industry — hotels, restaurants, attractions and events — has sustained massive losses in the past two months.

A new report from the U.S. Travel Association says the industry has lost more than $157 billion in business since March, when compared with 2019.

The week that ended May 9 alone saw a $19 billion loss, the report said.

In Kentucky, it said, revenue for the travel industry was down $172 million for that week alone.

The report said, “More than half of the 15.8 million travel-related jobs in the U.S. have disappeared since the outbreak of the COVID-19 pandemic --driving an unemployment number (51%) that is more than twice the 25% rate the country as a whole experienced at the worst of the Great Depression.”

And Owensboro hasn’t been spared.

“Visit Owensboro has not been immune to COVID-19,” Mark Calitri, president of the Owensboro-Daviess County Convention & Visitors Bureau, said recently.

Since March 13, he said, “the Owensboro-Daviess County market has experienced devastating setbacks.”

Both Hampton Inns closed temporarily and reopened on May 15.

Hotel occupancy here dropped 54% in April and average room rates that month were down 26% from last year, Calitri said.

“With the government-mandated business closings and lockdowns in place, the next 60 days are not looking much better as we are estimating a 60% occupancy decline in May and June,” he said. “These are not just numbers. They represent losses to real people in Daviess County who are suffering and negatively affected across a broad spectrum of businesses.”

STR and Tourism Economics is projecting a 57.5% drop in hotel revenues for each available room this year.

But they predict a 48% increase next year.

“Performance levels are dismal from every angle, but at the very least, weekly data through May 9 indicates that the industry has already hit bottom and begun a steady ascent,” Amanda Hite, STR president, said in a report.

Recovery will be slow“The rate of recovery will be slow even as distancing measures are eased and most of the country reopens,” she said. “Concerns around the safety of travel and leisure activity will dictate how long it takes the industry to regain its footing. Regardless of timing, the leisure segment will be first out of the gate, especially from drive-to sources.”

Adam Sacks, Tourism Economics’ president, said in the report, “The initial recovery in travel will be uneven and staggered, with gains in many markets determined by virus-specific factors more than economic factors. The gradual relaxation of social distancing in the second half of this year will primarily benefit regional leisure travel with the business and group travel recovery lagging. We anticipate it may take until 2023 to recover to 2019 peak demand levels.”

Calitri said, “Our organization has made the difficult decisions to temporarily scale back marketing and advertising and address personnel. Our goal is survival of the CVB and keeping our team together so that we can tip the scale in our favor once the recovery begins.”

Hank Phillips, president of the Kentucky Travel Industry Association, said, “The tourism industry is known for its creativity and ability to adapt to change and many of our CVB’s, including Owensboro, are taking that to unheard-of new levels.”

He said, “Although ‘new normal’ is another phrase that I have already grown weary of, we do need to accept that things really are going to be different. The sooner we wrap our arms and heads around that, the better we will be for it.”

Phillips said, “There was a time that the notion of having to take off our shoes to get on an airplane would have been a ludicrous thought. But then things changed and so did we. And so, it will be with face masks, continued social distancing and other safeguards. We can confidently handle a new normal future.”

He said, “Even when everything opens back up, it depends on people’s comfort level of how quickly they’ll want to travel. Some will want to go out quickly and some will be more reluctant. There’s a huge element of uncertainty.”

Phillips said, “The industry will rebound. I’ve not heard of any hotels that are going out of business. Some are hanging on by a thread, but they’re still hanging on. The large majority will survive.”

He said, “Your CVB is looking down the road and recruiting meetings and conventions. They could hunker down in semi-hibernation, but that wouldn’t be smart. We’ve adapted before and this industry is adaptable.”

Restaurants were allowed to reopen their dining rooms on Friday after more than two months.

A few here have already closed permanently as a result.

10% of restaurants may close

Stacy Roof, president of the Kentucky Restaurant Association, said, “We’ll lose some of them, maybe 10%. But it will take a couple of years to shake it all out. We’ve already seen some closures. And some will throw in the towel in the future. Are they getting close to retirement? Is their lease about up? “

She asked, “Are they going to be able to recoup their losses and start to make a profit again? They’ve lost a lot of the big crowd events this year. But some events have been moved to the fall and the holiday season is always big.”

Roof said restaurants that already had drive-thrus were in better shape than others during the closure.

“The others have incurred more expenses to stay open,” she said. “That put them at a disadvantage.”

Claude Bacon, vice president of sales, e-commerce and administration for Owensboro-based LinGate Hospitality, which operates the Holiday Inn and Courtyard Suites by Marriott, said, “Hotel occupancy for the remainder of 2020 continues to fall into the unknown category. As states begin to reopen, it is unknown as to what the consumer confidence level — as related to health and safety — will be with overnight stays in any market.”

Bacon, chairman-elect of the CVB board, said, “One subject that contributes to the consumer confidence levels are the cleanliness and cleaning standards in hotels. LinGate Hospitality is fortunate to be affiliated with hotel brands IHG, Marriott and Hilton that had impressive cleanliness standards prior to the pandemic. Moving forward most hotel brands have developed new and expanded cleaning initiatives.”

Calitri said, “The challenge our customers face is that it is becoming increasingly more difficult to get accurate and non-politically slanted COVID information. From the travel industry polling data, it’s clear that as we begin recovery, cleaning and sanitizing will be omnipresent in the customer’s mind.”

He said, “Youth sports, conventions, weddings and general business travel all drive revenue directly to the Owensboro economy. The polling data is showing that people want to travel, but they want a safe experience. Developing new cleanliness and sanitation standards are critical to the travel industry. Not only to our visitors but also to the safety of our frontline associates who are literally face-to-face with this pandemic.”

Calitri said, “Owensboro is an events town. Without the interstate traffic and the revenue it generates, Owensboro needs events to thrive and grow economically. Our strategy is to do our best to postpone and re-book events, not cancel them.”

He said Indiana is allowing sports again now and Owensboro hotels will pick up some business from teams going to tournaments there.

Calitri said he’s hoping baseball and softball tournaments will be allowed in Kentucky in July.

He expects travel teams to be on the road sometime this summer.

But there won’t be as many as in past years, Calitri said.

Chris Gendek, the CVB’s destination services manager, said, “Owensboro can recover from this pandemic, but it’s going to take a real community effort.”

He said people who belong to state associations — especially those who serve on boards of directors — need to help the CVB bring those meetings to Owensboro.

“From my research and personal experience, I have Vfound that the board member’s service to the association and their earned trust will go a long way toward generating new business for Daviess County,” Gendek said.

But since the CVB gets the money two months after it was collected, the latest figures are from March.

And the pandemic didn’t hit until March 13.