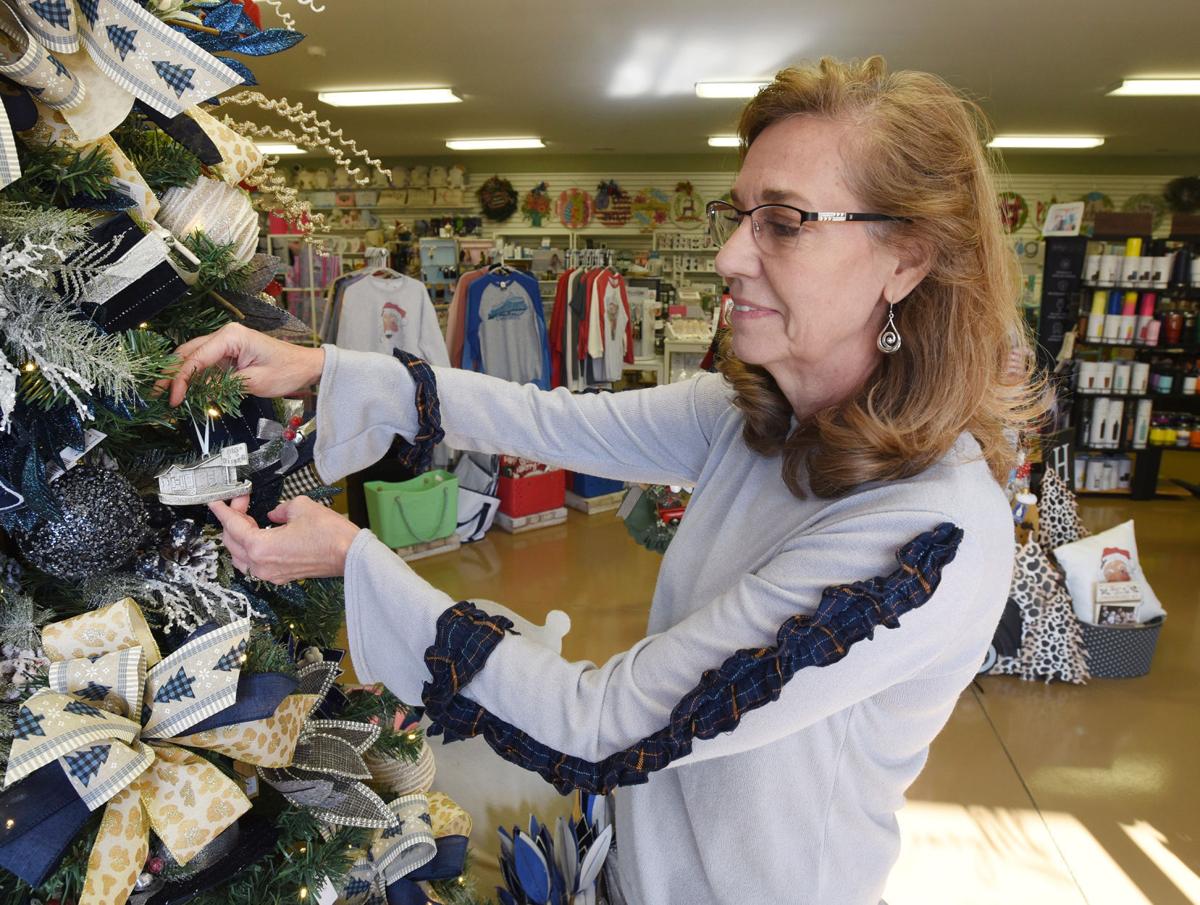 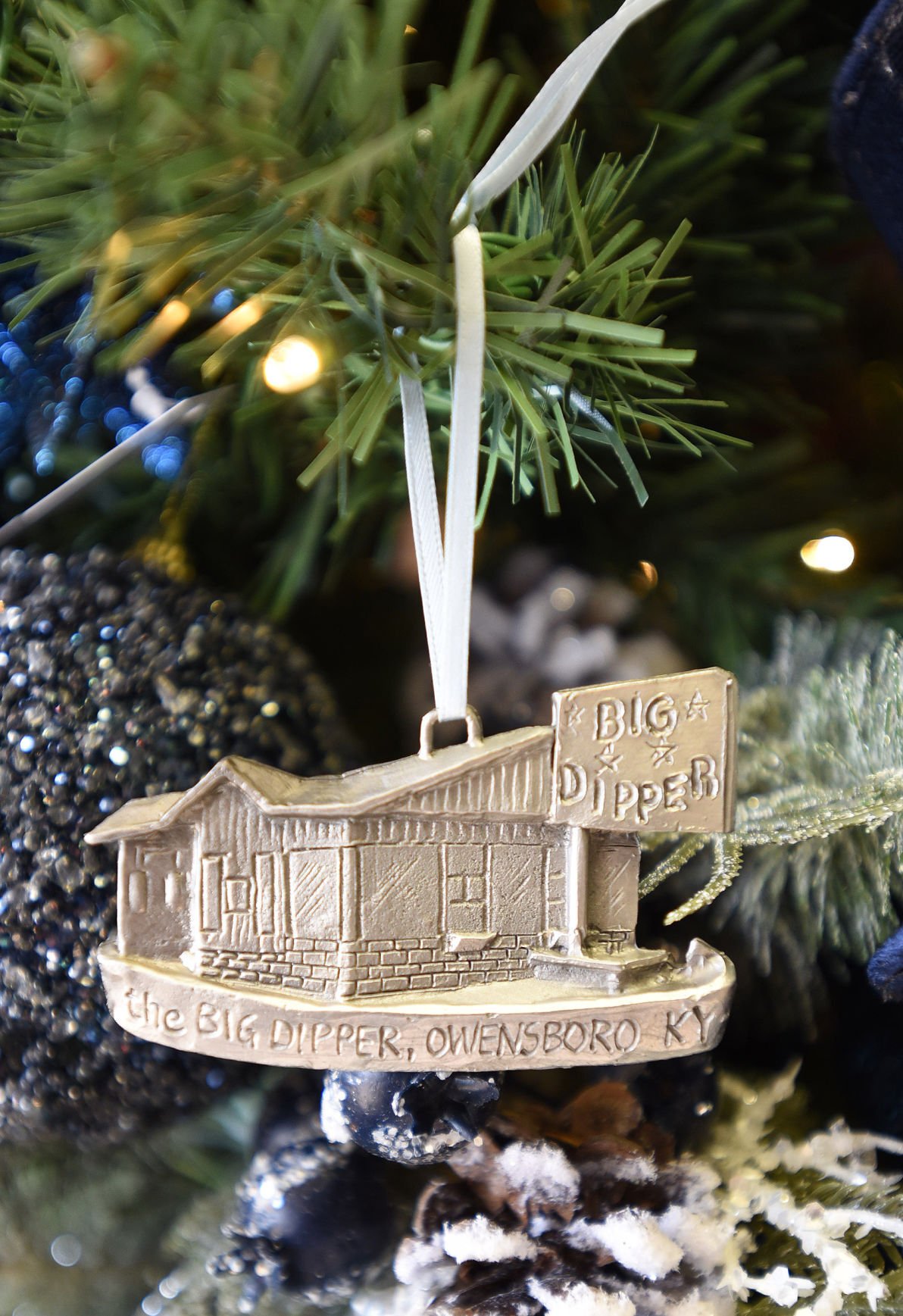 The Big Dipper ornament artist Ben Cordsen created for the Imagination Library of Daviess County hangs on a tree at Crazy Me Gifts & Apparel at 235 E. 20th St.

The Big Dipper ornament artist Ben Cordsen created for the Imagination Library of Daviess County hangs on a tree at Crazy Me Gifts & Apparel at 235 E. 20th St.

Each year, Imagination Library releases an Owensboro- or Daviess County-themed ornament that features a landmark synonymous to the area. Last year, Gabe’s Tower joined the list of iconic sites, with the RiverPark Center and Glover Cary Bridge among the landmarks previously featured.

The ornaments, made of pewter, are handcrafted by Colorado artist Ben Cordsen, said Diane Bowers, chair of the Imagination Library of Daviess County.

Since 2012, the nonprofit has sold the Christmas tree ornaments as a fundraiser. With last year’s release of the Gabe’s Tower ornament, sales tripled, Bowers said.

She assumed the Gabe’s ornament sold well because the familiar building was razed last year, but this year the nonprofit has also had to reorder some of its previous ornaments.

“I’ve had to make two orders of the Executive Inn ornament,” Bowers said. “It’s a good fundraiser for us because it’s not a ton of work, and people seem to enjoy them.”

The Imagination Library board votes on which landmark will be featured on the ornament early in the year. Typically, the ornament is released in November, but last year it released Gabe’s Tower in the summer. That came with some success, so Bowers said the group will continue to do that.

This year the nonprofit is retiring two of its ornaments, First Baptist Church and Union Station, so a limited quantity of them are available while supplies last.

People often have fond memories of the landmarks featured, Bowers said, and she has already heard a lot of positive feedback from people remembering and honoring the Big Dipper.

Local farmer George Osborne opened the Big Dipper in 1954. It began as an ice-cream stand, but began selling hot dogs in 1955 and hamburgers a year later.

Today, the Big Dipper sells about 800 hamburgers and 40 to 50 gallons of chili a day, and it still doesn’t operate with computers. It’s owned by George Osborne’s son, Robert.

“Everyone has nostalgia connected with the Big Dipper — and has a story,” Bowers said.

The Imagination Library of Daviess County is the local branch of the national reading program designed and partially funded by musician and philanthropist Dolly Parton. Children who enroll in the program receive one book at no cost each month in the mail until they enter kindergarten.

This year Bowers and the nonprofit has a goal of increasing local children registered for the program by 500. Currently, more than 3,200 local children participate.

Bowers wants the community to know that Imagination Library isn’t just a program for disadvantaged children and their families. Any student can sign up.

“It’s about building that love of reading at an early age,” she said. “It doesn’t matter if you can afford to buy books or not, it’s about getting that book in the mail, which makes children want to sit down and enjoy that book.”

The pewter ornaments are on sale for $18 each at Crazy Me Gifts & Apparel, Danhauer Drug Store, Simply Chic Home Accents and The Willow Tree.

For more information about the nonprofit, visit imaginationlibrarydc.com.

Ron DeSantis could be a threat to Trump's campaign. Here's why

Ron DeSantis could be a threat to Trump's campaign. Here's why