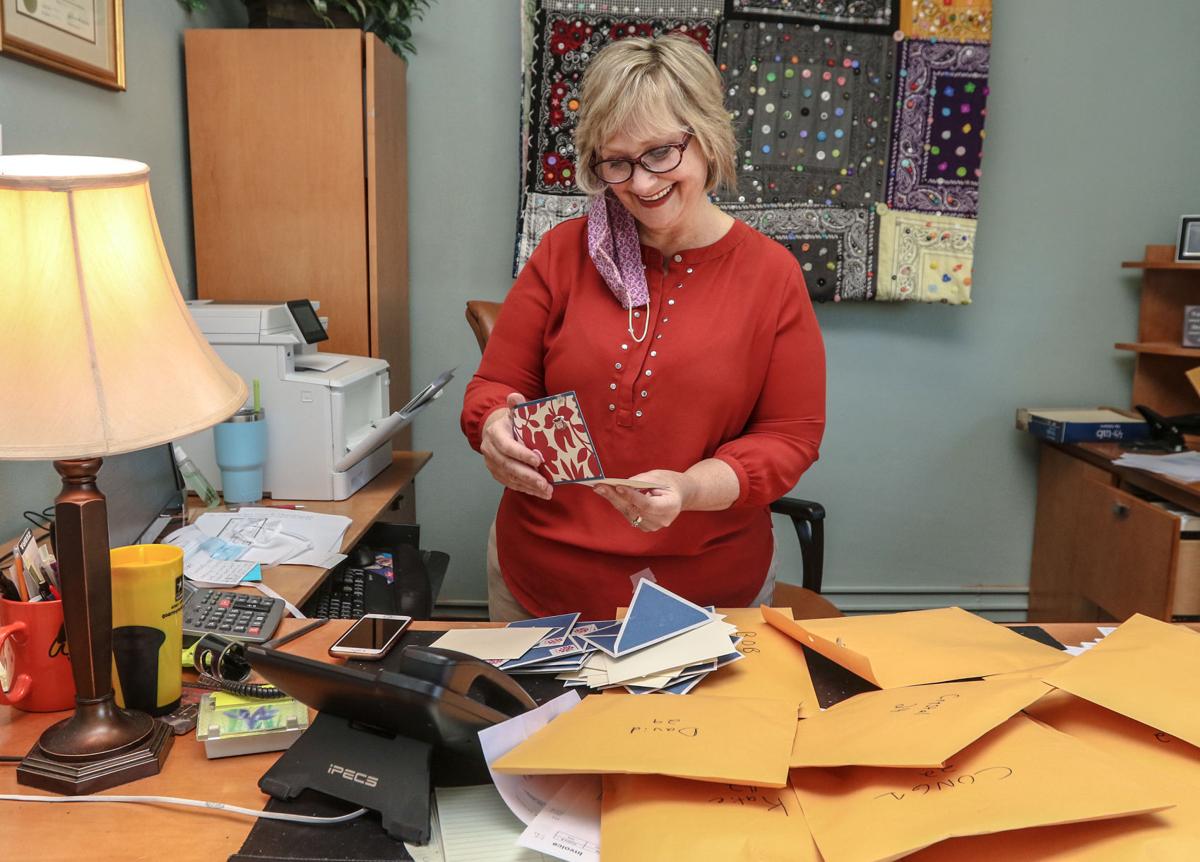 Dana Peveler, executive director of the Senior Community Center of Owensboro-Daviess County, looks through letters June 3 that were sent to seniors at the center from volunteers who write for Letters Against Isolation, an organization that sends letters to self-isolating seniors. 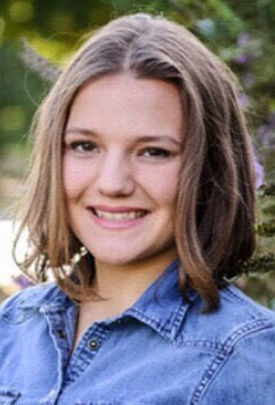 They came from volunteers nationwide who write for a new national organization titled Letters Against Isolation.

Starting Wednesday, June 3, those letters will go to home-bound seniors who rely on the local Meals on Wheels program. As of Tuesday morning, the center had received about 250 letters and cards to give lonely seniors.

“This was a great way for us to brighten their day and give them something to look forward to,” said Dana Peveler, the center’s executive director.

Peveler learned about the program from Lucy Kurtz, who volunteers at the Senior Community Center.

Kurtz recently earned a bioengineering degree from the University of Louisville. Soon, she heads off to work in Cincinnati, Ohio, for Ethicon, a Johnson & Johnson subsidiary.

Until then, she volunteers at the center, and she has joined the ranks of 1,207 volunteers who write letters for Letters against Isolation. The organization started April 6, after public health experts asked people 65 and older to stay home. Also, most nursing homes closed their doors to visitors.

Kurtz learned about the organization listening to a podcast.

“I really hated thinking about people completely confined to their homes,” she said.

So she and her boyfriend, Sean Dobson of Louisville, each started writing one letter a week for Letters Against Isolation. Every Saturday, Kurtz and Dobson receive writing assignments, which can be at one of 17 long-term care facilities or senior centers nationwide.

People of all ages volunteer for Letters Against Isolation. To learn more or to sign up, go to LettersAgainstIsolation.com.

Two sisters started the organization. They are Shreya and Saffron Patel.

Photos from early voting, with some lines 2 hours long

Shreya, 18, will attend Washington University in St. Louis, Missouri, in the autumn.

Saffron, 16, is a 10th-grader in Cambridge, Massachusetts. Both share a passion for community service.

“During the COVID-19 crisis, we’ve been doing our best to support our self-isolating grandparents by calling them every day,” they wrote on their website.

“We believed we could do something to help this situation,” their website reads.

They came up with the idea of spreading joy by writing letters to aging residents. Soon, the demand for letters outstripped their ability to supply them, so they started the volunteer organization and solicited writers nationwide.

More than 10,300 letters have gone to lonely seniors since April 6, Saffron said.

Volunteers do not include their names, addresses or phone numbers, so letters are anonymous. Sending gifts is not allowed.

In about two months, Letters Against Isolation has linked up with volunteers from every state except North Dakota.

For now, Letters Against Isolation focuses on U.S. seniors, but, in the future, the group may expand to other countries, she said.

“It’s so nice to feel like you’re doing something to end isolation,” Peveler said of letters going out Wednesday. “It’s such a gift to give our seniors.”