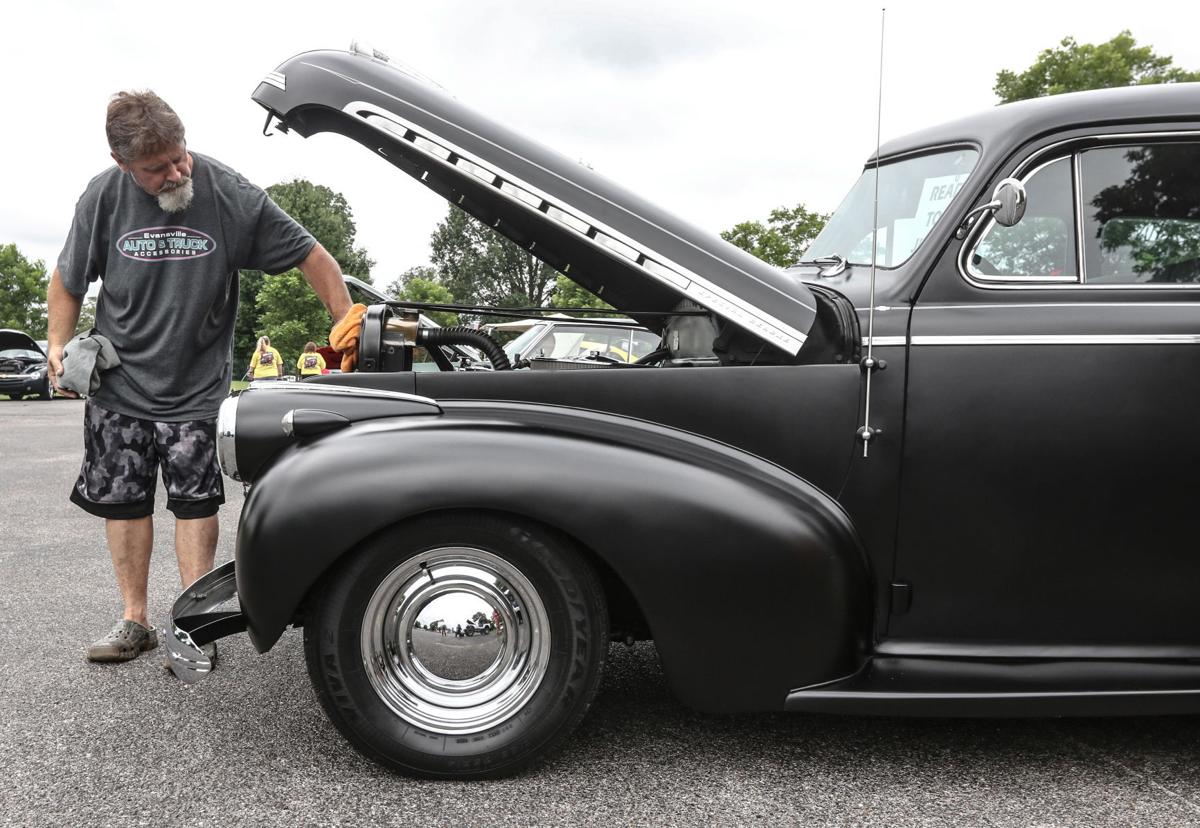 Kenny Bowman of Chandler, Ind., wipes down his 1940 Chevy Street rod while showing it on Saturday in the Corvette Lovers Vette Club car show at Yellow Creek Park. 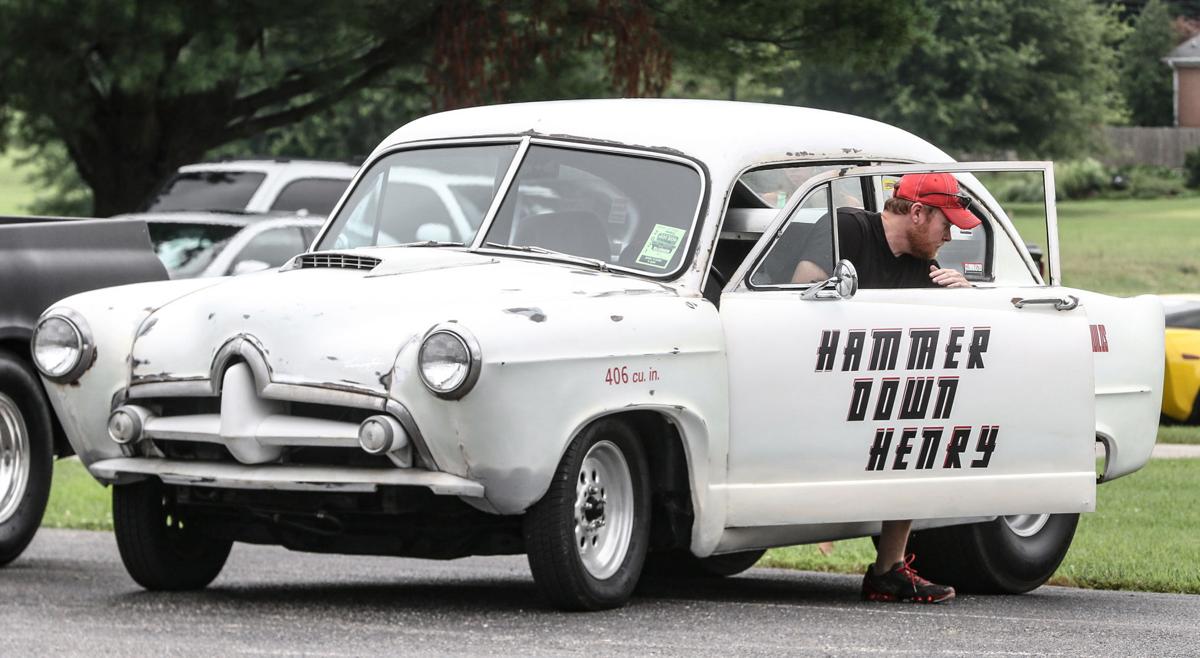 Randy Schaefer of Knottsville backs his 1951 Kaiser-Frazer Henry J into a parking spot to show it on Saturday in the Corvette Lovers Vette Club car show at Yellow Creek Park.

Kenny Bowman of Chandler, Ind., wipes down his 1940 Chevy Street rod while showing it on Saturday in the Corvette Lovers Vette Club car show at Yellow Creek Park.

Randy Schaefer of Knottsville backs his 1951 Kaiser-Frazer Henry J into a parking spot to show it on Saturday in the Corvette Lovers Vette Club car show at Yellow Creek Park.

Gleaming paint and chrome was the name of the game during the annual Corvette Lovers Vette car show Saturday at Yellow Creek park.

While threats of stormy weather had show organizers concerned, the sunshine prevailed and about 100 antique and classic cars, including several Corvettes, made their way to the park for a chance to take home a trophy. Classic tunes like The Beach Boys “Little Deuce Coupe” and Commander Cody’s “Hot Rod Lincoln” filled the air as car owners and spectators took in the array of classic and modern iron.

Tena Frazier, Corvette club member, said the club was founded in 2012, and they have been hosting judged car shows since about 2014. After losing some club members due to the COVID-19 pandemic, she said they are just trying to “get back in the saddle.”

Cars on display across the show field included a 1957 Chevrolet Bel-Air convertible owned by Richard W. Miller of Central City. Miller said he has owned the car for the past six years and was specifically looking for a 1957 Chevy Bel-Air.

“It came from Arizona,” Miller said. “It had been run down a little bit, so I put a new top on it, new chrome and a continental kit.”

Thomas Taylor was showing his Monte Carlo red 1961 Ford Thunderbird convertible. Taylor said the car, which sports a 390 V-8 engine, was originally owned by his late uncle, and his family continues showing the car around Owensboro during the summer months.

“My uncle had it since 1984, he passed away about three or four years ago,” he said.

With more than 60 trophies up for grabs, including a top 50, 10 sponsors choice trophies and the best of show, there was some serious judging to be done before awards were handed out Saturday afternoon.

“We use the Corvette judges out of Bowling Green,” Frazier said. “They all work in the Corvette plant, so they are very familiar with the ins and outs of manufacturing the Corvette, and since they know all that they judge a lot of other shows that are open to all cars.”

Jeffrey Burden a member of the Tri-City Corvette Club of Newburgh was showing his Admiral Blue 2017 Corvette. The late-model sports car is the fourth Corvette Burden has owned, the first being a gold 1985 model.

“It really is a lifestyle,” he said.