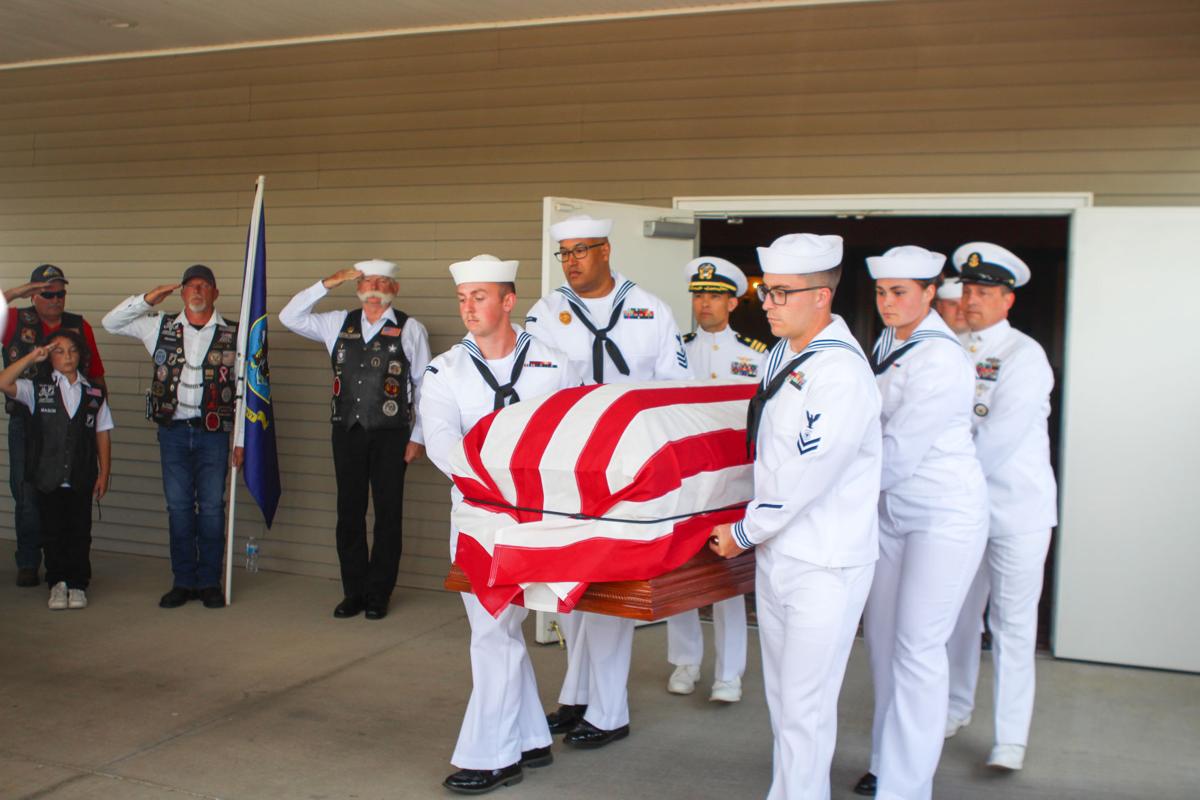 A group of U.S. Navy soldiers carries the casket of Welborn Ashby to a hearse for a procession on Monday. 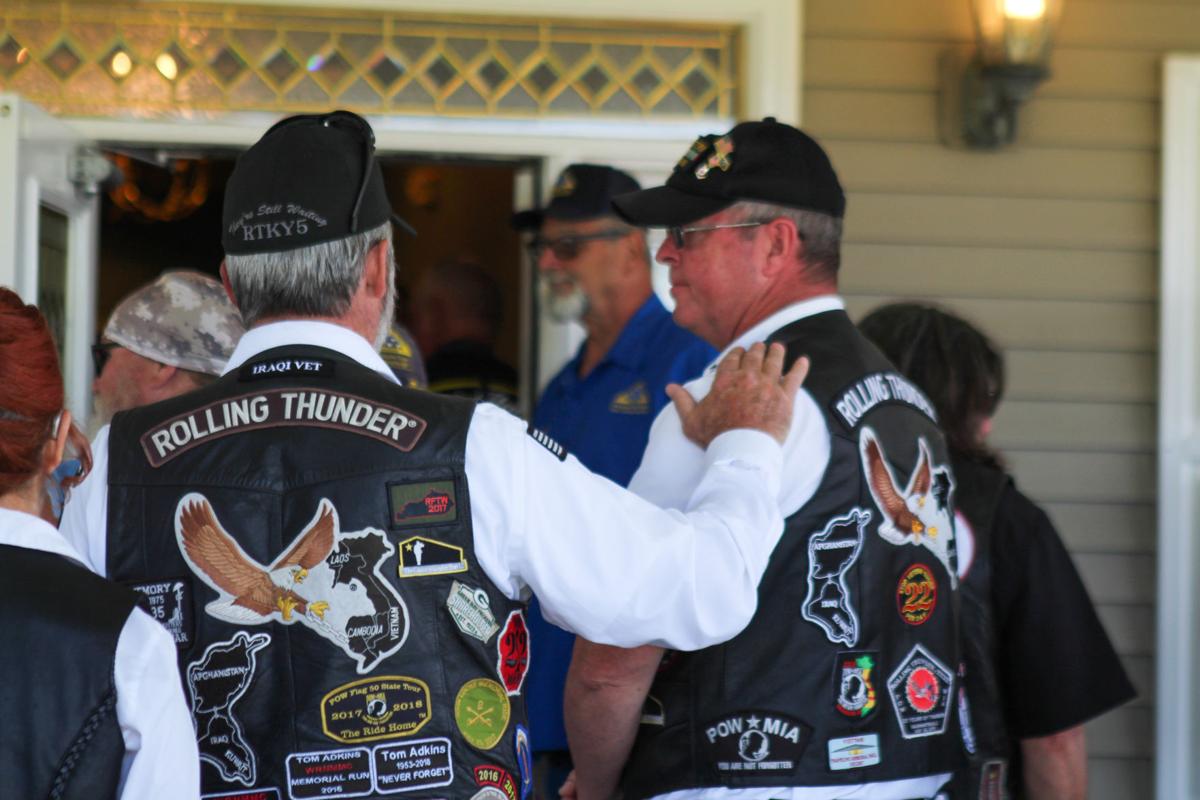 A group of U.S. Navy soldiers carries the casket of Welborn Ashby to a hearse for a procession on Monday.

A funeral service and procession was held Monday in Centertown for Navy Fireman 3rd Class Welborn Lee Ashby, a casualty of the Dec. 7, 1941, attack on Pearl Harbor.

Ashby, along with 105 other men on the USS West Virginia, were killed in the attack. Ashby is reported to be the first World War II casualty from Ohio County.

The funeral service was held at Bevil Brothers Funeral Home in Beaver Dam.

Members of Rolling Thunder, a motorcycle club dedicated to POW-MIA awareness, filed into the service and saluted Ashby’s casket.

The service began with a prayer and was turned over to Paula Kern, Ashby’s niece.

Kern spoke about how Ashby’s remains came to be found, and how much this closure meant to her and her family.

“We are so happy for this closure, and hope and pray that other POWs and MIAs will eventually return home to their loved ones,” Kern said.

Admiral Gene Price also spoke at the service, and went in-depth about the night before and morning of the attack.

The service was closed with a prayer, and cars began lining up behind the hearse carrying Ashby to begin the drive to the Centertown Cemetery.

American flags lined the road approaching the cemetery, and the gravel and grass hill next to the graveyard was packed with cars.

After relatives of Ashby and other visitors gathered, they were led in prayer, and Navy soldiers folded the flag that laid atop Ashby’s casket into a triangle to honor the fallen.

A three-volley salute was performed, and a Missing Man fly-over was done by the U.S. Navy and Smoke On Aviation of Louisville after a sounding of taps.

William Burton, a relative of Ashby’s, said that being able to celebrate the life and return of Ashby was special to him.

“It was God-sent. In other words, he was brought home to rest after all those years,” Burton said.

He also said that he hopes all 106 soldiers who were killed on the USS West Virginia get to come home too.

After the procession, relatives of Ashby gathered at Centertown’s City Hall for a reception.

Putin faces question about cyberattacks against the US

I mean... she's Meryl Streep! These stars have FAMOUS godchildren