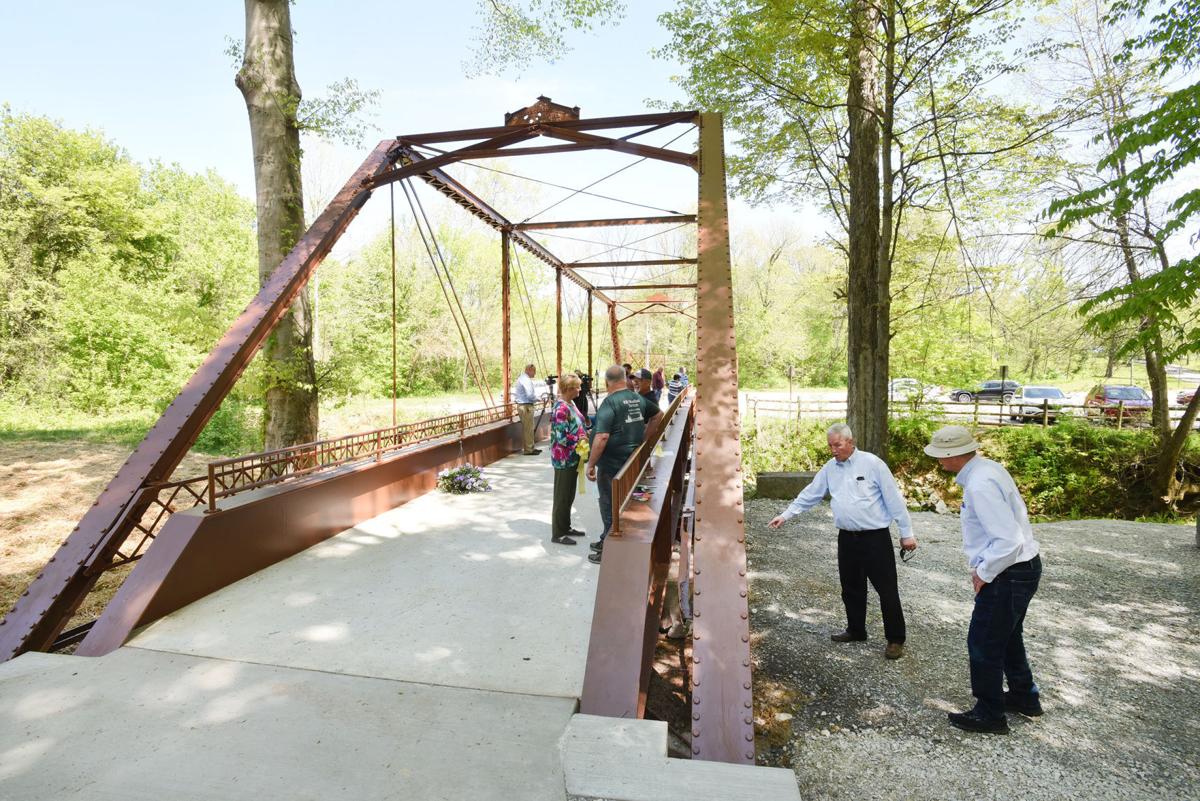 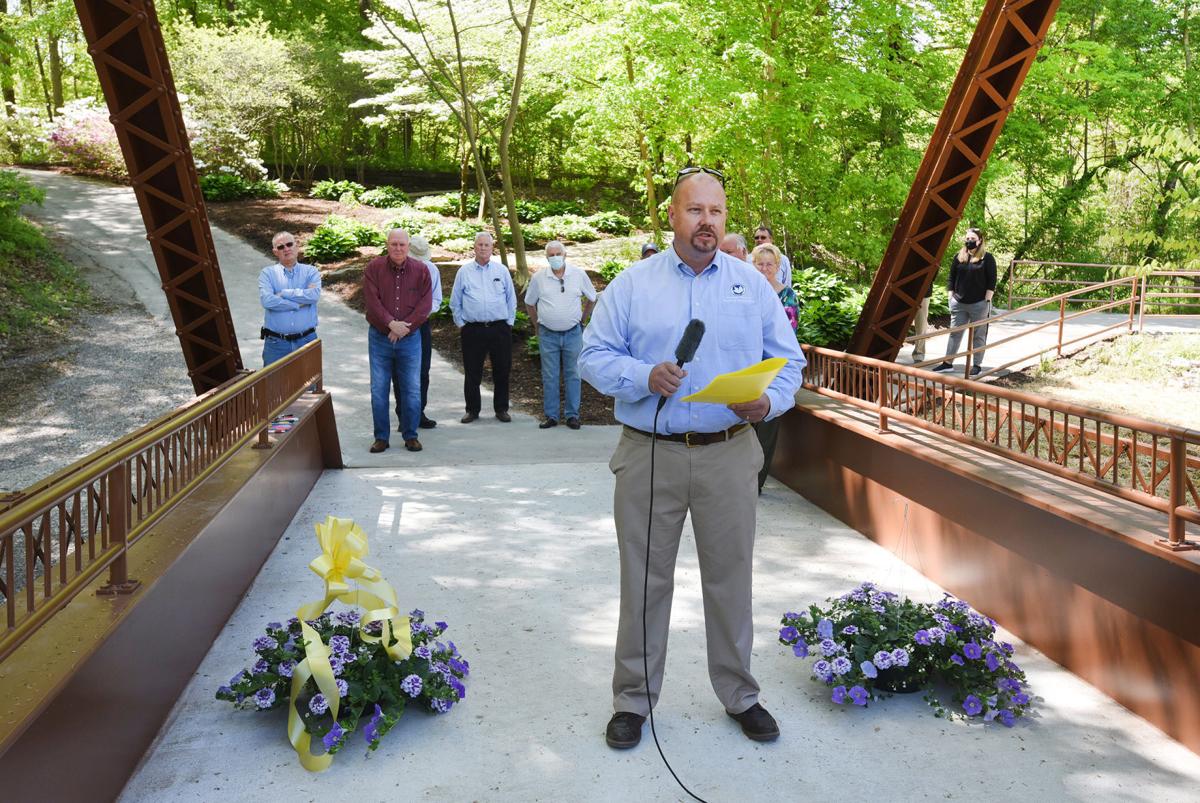 Ross Leigh speaks during the ribbon-cutting event of the historic Truss Bridge on April 23 at Yellow Creek Park.

Ross Leigh speaks during the ribbon-cutting event of the historic Truss Bridge on April 23 at Yellow Creek Park.

The Daviess County Parks and Recreation Department celebrated the reopening of the historic iron truss bridge at Yellow Creek Park with an official ribbon-cutting ceremony Monday.

“I just want to mention the fact that in the beginning, we had quite a debate,” Wathen said. “We actually knew that we had to fix this bridge, but the debate was whether or not we could preserve this iron structure.”

Wathen said the park board really unanimously agreed that they thought the 101 foot-long antique iron structure was worth saving.

“With the construction of this new bridge deck, it transfers the live load off the truss itself,” said county engineer Mark Brasher. “So essentially, the truss is supporting itself but we now have a concrete bridge within a bridge.”

Brasher said the bride is now fully rehabilitated and is safe for not only pedestrian foot traffic, but also maintenance vehicles as well.

The structure once spanned the South Fork of Panther Creek before being moved to the park, at 5710 Kentucky 144, Owensboro, in 1985 to provide access to the park’s 52-acre nature center. It was originally built by the Wrought Iron Bridge Co. of Canton, Ohio.

“Dedicated May 20 1978, Yellow Creek Park has been the cornerstone of the Daviess County Parks and Recreation system,” Leigh said.

The park has continued to expand through the years, adding the Jim Lambert Pioneer Village, which, like the nature center, requires the bridge to transport both members of the public and maintenance equipment to that section of the park.

“County officials identified a need to access the property while not disturbing the creeks that are so unique to Yellow Creek Park,” he said.

Judge-Executive Al Mattingly said his grandparents farmed the property during the 1940s, and he actually lived with his family on land that is now Yellow Creek Park when he was about 5 years old.

“When I found out that Daviess County Fiscal Court had purchased the property and were going to build a park here, I felt that was pretty cool because this is where I grew up,” he said. “This creek is where my dad trapped mink and muskrat to provide Christmas money for our family.”

Mattingly said it is important to remember history, and there is a lot happening throughout the world where people are trying to write it out.

“I don’t think that is what Daviess County Fiscal Court wants to do,” he said. “I think they proved it by voting to spend $350,000 to restore this wonderful old iron bridge.”

Ragle Inc. of Newburgh, Indiana completed the project at a total cost of $340,624, Brasher said previously.