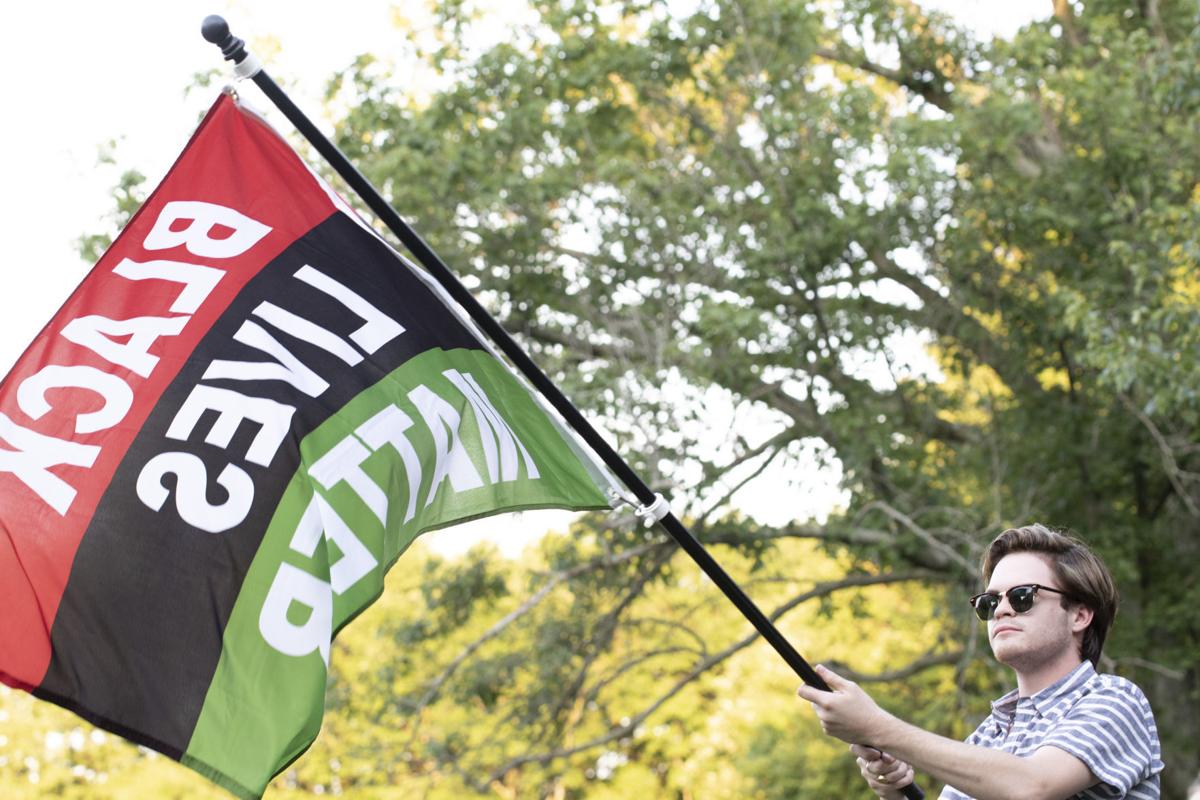 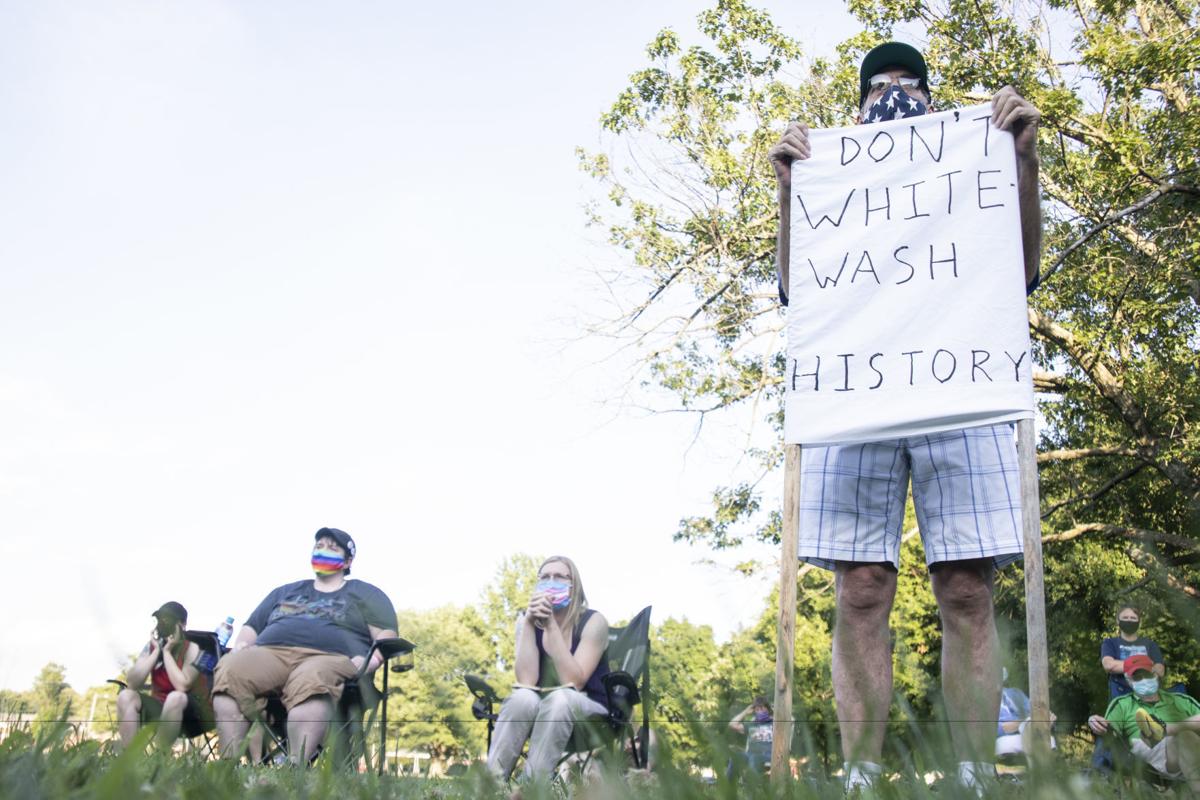 During a community event Thursday evening at Kentucky Wesleyan College about the history of the Confederate statue on the Daviess County Courthouse lawn, a woman in the audience shouted down presenters, demanded “equal time at the microphone” and stormed the outdoor stage area.

She stood in front of the event’s presenters several minutes shouting at the audience, even after KWC President Thomas Mitzel asked her to leave the stage.

The woman, who refused to identify herself afterwards, read from a small tablet in her hand.

“They are sanitizing our history,” she screamed at the audience.

Boos drowned out a large part of her rant, but she stood her ground and kept reading.

While local historian Aloma Dew was speaking, a man near the stage shouted: “Bull!” and “Lady, you’re crazy!”

He kept interrupting Dew near the end of her presentation.

“I didn’t come here for a lecture,” he shouted. “I thought we were going to discuss this thing.”

The educational event was an effort to provide the community with an historical account of the Confederate monument on the courthouse lawn, which some residents want to be moved to another location because they feel it represents white supremacy.

Others want it to remain as a nod to history and Confederate soldiers who gave their lives during the Civil War.

The program, which drew at least 100 people, was hosted by the Higher Education Equity Coalition, Owensboro Chapter of the NAACP and Owensboro Human Relations Commission. Thursday night’s event was the first in an educational series about the monument.

Dew, who wrote her master’s thesis on Owensboro during the Civil War, spoke longest, presenting many facts about the bronze statue and how the United Daughters of the Confederacy raised money for the monument.

“It was dedicated to war heroes of the Confederacy and was a cause of white supremacy for many,” Dew said.

She provided details about the history of Daviess County during and after the Civil War.

Even after the war ended, the county suffered through a tumultuous and violent time that gave rise to a new phase of battling for political control and ways to continue enslaving Blacks, she said.

The Civil War won’t be over here until society lives up to its moral and religious duties “to love your neighbor as yourself” and makes important changes, Dew said. “It has taken me awhile to get here, but, perhaps, moving the statue is one of those changes.”

The crowd was quiet and attentive until that comment.

The Rev. Rhondalyn Randolph, president of the local NAACP chapter, has led the charge to move the statue to another location.

Randolph was not surprised by interruptions and rash behavior from some audience members.

She arrived at KWC at 5 p.m. and was greeted by someone waiting to harass her.

“In this line of work, it is to be expected,” Randolph said.

Overall, though, she said she was pleased with the evening’s program and the number of people who attended.

Gary Boswell came to the event, hoping to hear a discussion about whether to leave or move the monument.

“I wanted to educate myself,” Boswell said.

He felt presenters gave only one side of the issue, and he was disappointed they didn’t allow the audience to speak.

Organizers allowed audience members to place questions in a box near the stage. The questions were read aloud on the mic.

Boswell, a former commissioner on the Daviess County Fiscal Court, currently favors leaving the statue where it is.

“I don’t think it represents any form of racism,” he said.

“I don’t want our history torn down,” Case said. “It’s not a white supremacist statue. It’s meant to tell our history.”

Josephine Poe said Thursday night’s event went the way she expected. It was billed as an educational program, not a community forum, she said.

Poe said she would come to other programs in the series.

She would like the statue to be moved. There’s a spot in Elmwood Cemetery where Civil War soldiers are buried. It may be appropriate there, Poe said.

She urged the groups to continue their partnership.

Educating people is the best way. There was no summary in this article about the history - for those who were unable to attend. That would be nice to print.