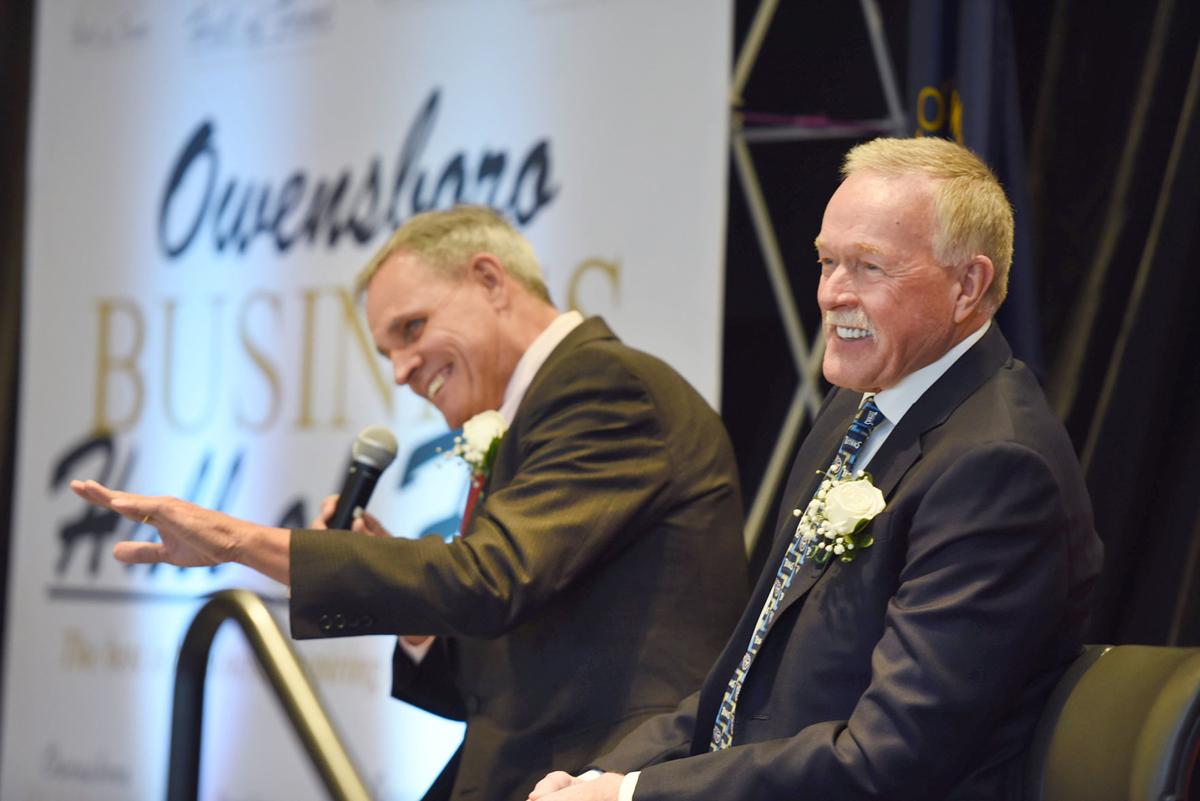 Michael E. Horn of Horn Industrial Companies, right, laughs as Chris C. Reid, chairman and CEO of Independence Bank, left, answers questions from local high school students on Tuesday during their induction into the Owensboro Business Hall of Fame at the Junior Achievement luncheon at the Owensboro Convention Center. The pair was inducted along with the late John Geoffrey “Pete” Barnard, founder of Modern Welding Company. 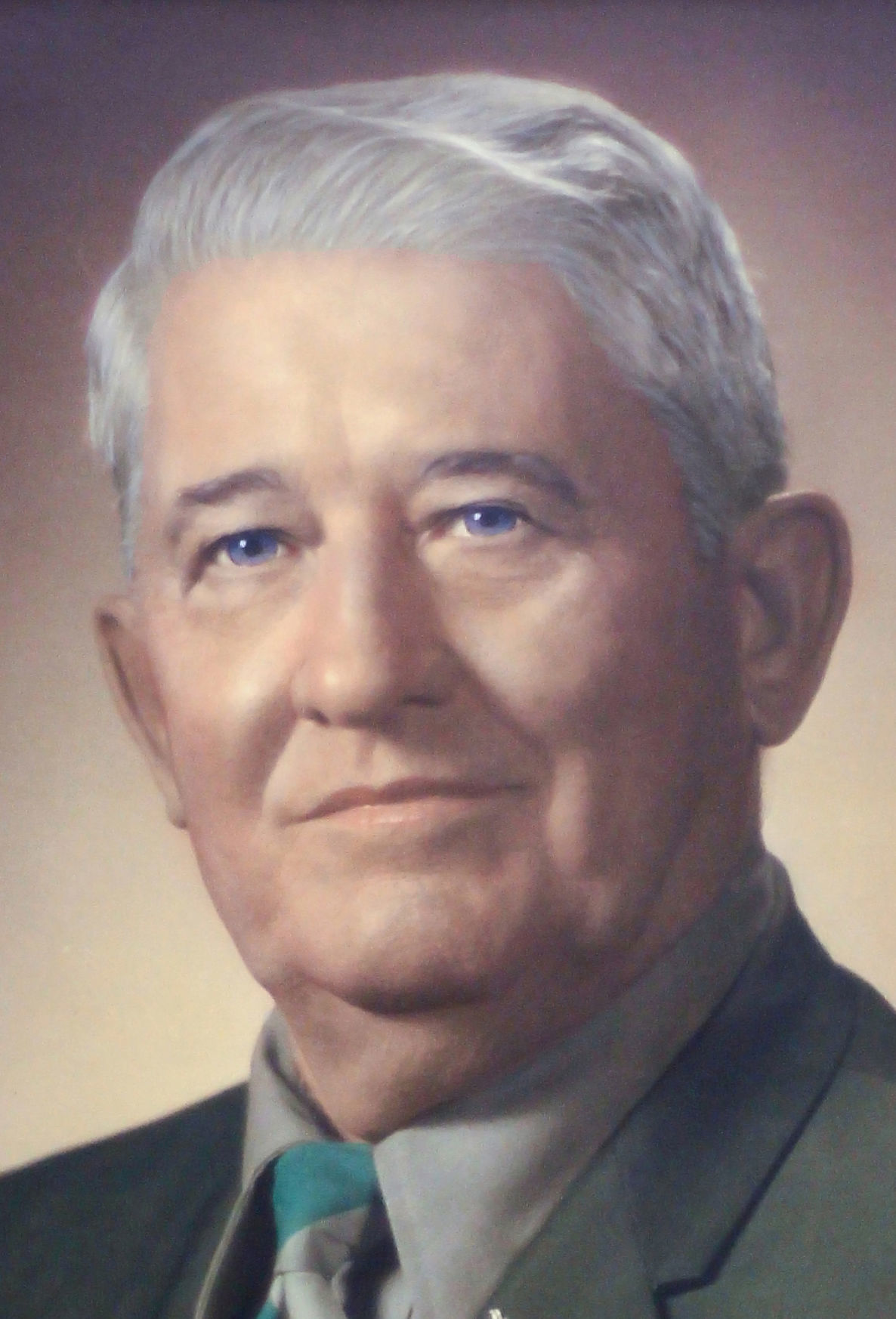 Three leaders of the Owensboro business community — past and present — were inducted into the Owensboro Business Hall of Fame at Tuesday’s Junior Achievement luncheon at the Owensboro Convention Center.

The event drew a crowd of 400 — nearly double the 240 who attended last year’s ceremony.

There is still no permanent location for the Business Hall of Fame.

But Dan Douglas, president of Junior Achievement of West Kentucky, said he thinks an announcement will be made soon.

• Barnard was represented by his grandson, Jim Jones, who is currently president of Modern Welding.

Barnard, an Ohio County native, was a motorcycle mechanic in World War I.

He began his career as a welder in Central City and then moved to Alton, Illinois, before becoming superintendent of pipe fabrication for a Gary, Indiana, steel mill.

While the women visited the department stores downtown, Barnard stepped into a small welding shop on the northwest corner of Second and Frederica streets.

That was in the depths of the Great Depression.

And some told him he was crazy to quit a good job and buy a welding shop.

But by the time Barnard died on Jan. 18, 1982, at age 83, the company that began as a one-man operation had become a $70 million corporation with 750 employees in seven states.

Jones said his grandfather used bonuses each year to keep his employees happy and tried to hire people smarter than himself.

He said the company still does both of those things today.

• Horn, whose companies employed 1,700 people across the country at their peak, grew up on a Whitesville farm.

The companies worked in all 50 states.

In 2007, he created the Michael E. Horn Family Foundation, which supports causes and projects in the area.

The Foundation has awarded more than $50,000 to Daviess County students and more than $280,000 to a variety of projects in the area.

“I’ve had a lot of mentors in my life,” Horn told the crowd and thanked those people for helping him get started.

He said several of his managers have gone on to create successful companies of their own.

Horn said JA is a great resource for students because “It’s never too early to plan to be an entrepreneur.”

• Reid has spent more than 40 years in banking with what’s now Independence Bank.

They were merged to form Independence Bank in 1997.

In 1974, Reid told the crowd, he began his career with the bank as groundskeeper and janitor.

When Reid’s father died in 2001, he became president of the family-owned bank, serving in that capacity until last year when the mantle passed to his son, Jacob Reid.

During Reid’s years at the helm the bank, it grew to 25 locations from Lexington to Paducah with assets of $2.5 billion.

It has 400 employees today.

The bank is the largest agricultural lender in the state today, he said.

Now, that his children are running the family business, Reid said, “I’m very excited about our future.”

The program went dormant until 2018, when Malcolm Bryant, CEO of the Malcolm Bryant Corp., and Terry Woodward, owner of WaxWorks/VideoWorks, were inducted.