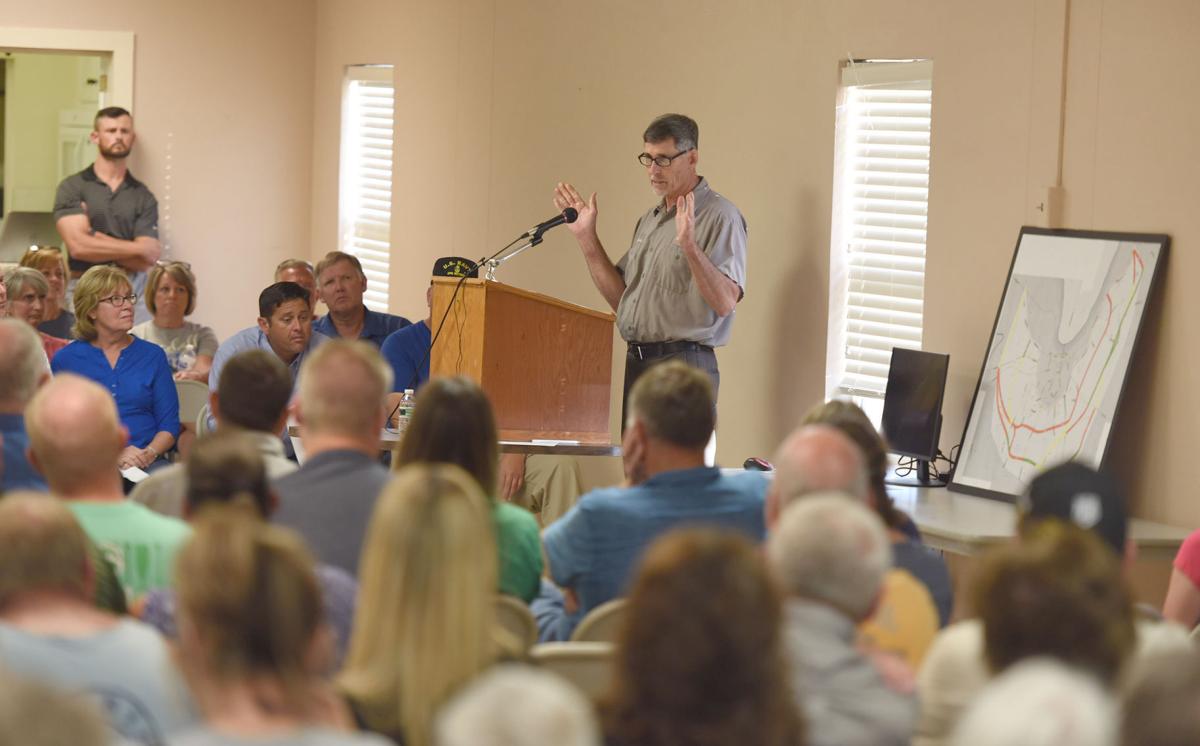 Jerry Knott speaks to a large crowd of area farmers during a meeting on Wednesday night to discuss concerns about an outer loop at the Knights of Columbus in Sorgho. 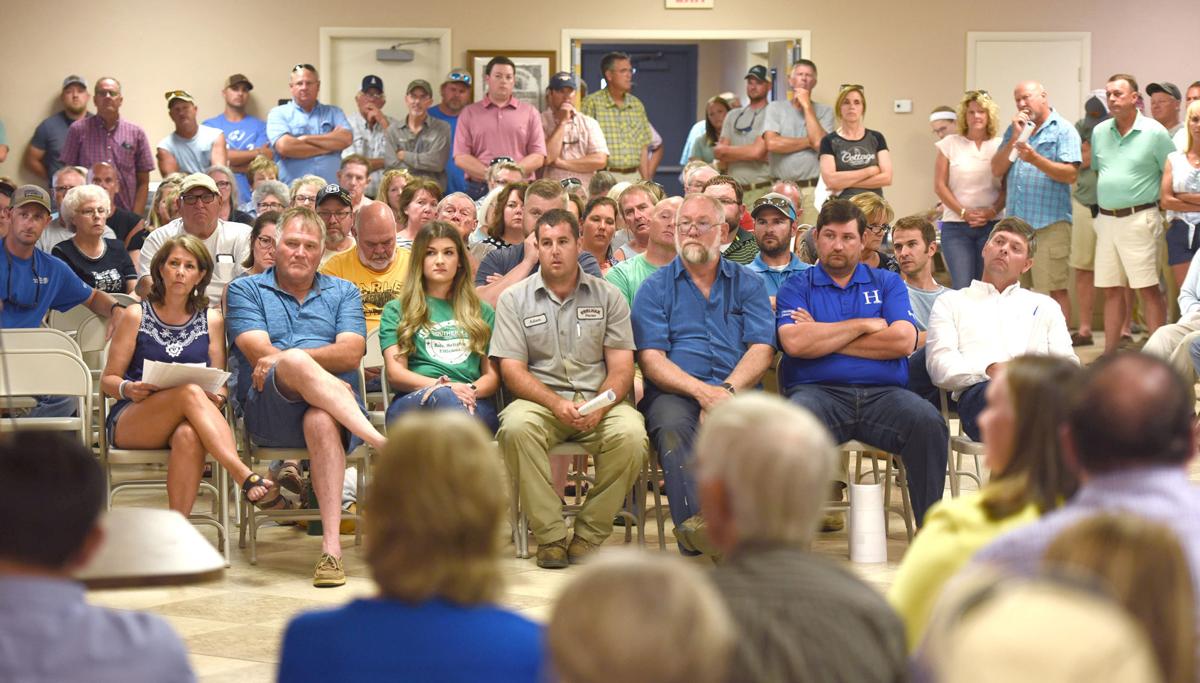 Area farmers listen to Phil Hayden speak at a meeting on Wednesday night about an outer loop at the Knights of Columbus in Sorgho.

Jerry Knott speaks to a large crowd of area farmers during a meeting on Wednesday night to discuss concerns about an outer loop at the Knights of Columbus in Sorgho.

Area farmers listen to Phil Hayden speak at a meeting on Wednesday night about an outer loop at the Knights of Columbus in Sorgho.

More than 200 farmers and other property owners in rural Daviess County crowded into the Knights of Columbus Hall in Sorgho on Wednesday evening to ask questions about a proposed “outer loop” that would funnel traffic farther away from Owensboro.

And many came to express their opposition.

State highway officials and engineers met by Zoom on Tuesday night with local residents to ask if such a loop is wanted or needed.

To many of those who came to Sorgho on Wednesday evening, the answer to both questions was “no.”

Jason Strode, a fourth-generation farmer in the Stanley area, whose farming roots go back to 1937, said farmers have to plan 25 to 30 years ahead for any development on their land.

He said he doesn’t want to build a grain bin to learn later that it’s in the pathway of a proposed highway.

There are three proposed routes for the loop, Strode said.

The farthest would be a 35-mile loop that would go through Utica, he said.

Others, who didn’t want their names used, complained that building a highway through a flood plain would increase flooding in southern parts of the county.

“There are a lot of concerns out there,” Strode said.

He said many are concerned that development would follow a highway, taking away more farmland.

“Once the concrete trucks arrive, it’s too late,” Strode said.

Don Burdette, who farms in Brown’s Valley, said, “We can’t get anything done about the (Panther) creek flooding. They need to fix the roads we’ve got.”

Jerry Fisher, another farmer, said, “Our biggest concern is that they’ll take property and create dead spots in the county.”

He said, “We’re for progress, but you don’t take from one group to give to another.”

Jim Acosta captures video as gunshots ring out in DC

There was some concern that any new highway would cut farms into sections, making it more difficult to plant and harvest.

One problem in Daviess County is that the roads were originally farm-to-market roads — designed to bring farmers to town to sell their goods.

They weren’t designed to move people east to west without going through Owensboro.

In 1975, six years after the U.S. 60 bypass — now simply U.S. 60 — was built, local officials first started talking about an “outer loop” or “outer boulevard” to make it easier to move traffic around Owensboro.

And officials said Tuesday that the best-case scenario for the latest study would be 10 to 15 years down the road.

The original plan called for a connector road outside the U.S. 60 bypass, linking Carter Road with U.S. 60 East near Kentucky 144.

But by 2007, then-Judge-Executive Reid Haire said, “There’s been too much development along its path. It will be so expensive to build, and it’s too close to the bypass.”

But the local Transportation Advisory Committee voted to keep the plan on the drawing boards for the next two years.

That proposed loop would have crossed U.S. 231 somewhere near Masonville.

That loop would not have been a four-lane highway, however.

It would have had two or three lanes with limited access, designed to move traffic, officials said at the time.

And every year, the cost goes up.

OR Gov. on vaccine divide: 'This is truly a tale of two pandemics'

OR Gov. on vaccine divide: 'This is truly a tale of two pandemics'