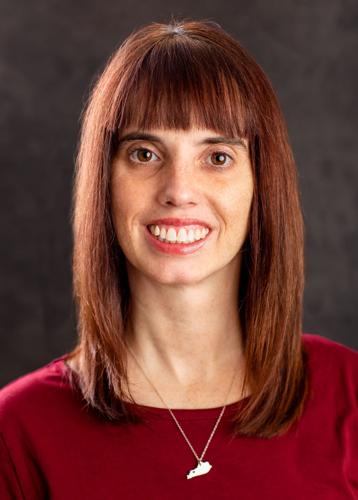 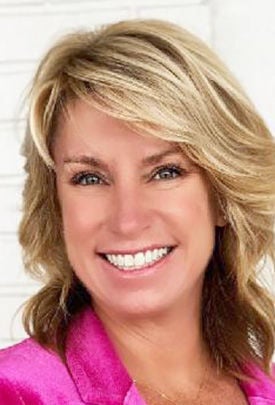 The candidates for Daviess County Clerk include a clerk’s office staff member with 20 years of experience and the incumbent clerk who led the office through an unprecedented recount in 2019 and the tumultuous elections faced nationwide in 2020.

The clerk’s office does more than elections. The clerk issues marriage licenses, registers vehicles and boats, issues passports and keeps land records. But elections are a large part of the clerk’s job, and the clerk helps plan, prepare for and manage voting on election day, handles early voting and absentee ballots, and oversees the counting of votes.

Leslie McCarty and Tonya Payne are competing for the GOP nomination in the May 17 primary election. Since no Democrat filed to run for the office, whoever wins the primary will become clerk at the turn of the year.

McCarty was elected clerk in 2018. The same time McCarty won her race, the 13th District State House race came down to one vote, with Democrat Jim Glenn seeming to squeak by Republican incumbent DJ Johnson.

The law allows for a challenge, and Johnson asked state lawmakers to look into the election. The legislature asked Daviess County to perform a recount.

McCarty, who had previously been the Kentucky Room Manager at the Daviess County Public Library, was new to the office. The office had to come up with a way to conduct a recount that would satisfy both Johnson and Glenn’s representatives.

“There had never been a recount in Daviess County,” McCarty said.

She said her task as the new clerk was “trying to put together a plan” with the staff.

“I was making up rules on the spot,” McCarty said.

The next year, the county had to create all new election procedures, to hold a primary and general election during a presidential election year, when turnout is always stronger than in off years. But the pandemic also created other challenges, McCarty said.

“In the pandemic, I had to figure out if I could keep the office open, keep the staff safe and put on an election,” she said.

The clerk’s office staff were declared essential workers, so the office had to keep functioning when most other places closed.

“With COVID, no one knew what it was” in the early days of the pandemic, McCarty said. “We were having to keep evolving.

“I think having all those things happen has prepared me for whatever life could throw at me.”

McCarty said she has worked to make the office more customer-friendly. McCarty said she worked to create a system where files such as mortgages, deeds and marriage licenses can be accessed for free through the clerk’s office website.

See how many electric vehicles are registered in Kentucky

“There have been comments the clerk should be able to do it all,” she said. “The clerk’s job is to lead and have a vision and have people to carry out the election.”

After high school, Payne worked for a few years at Champion Ford and then took a position at the county clerk’s office.

Payne remained at the clerk’s office for 22 years. When she decided to step away from the office to run for county clerk, she was the office’s elections supervisor.

Payne said her time in the office, where she worked in all of the departments, has prepared her to lead as county clerk.

The office, Payne said, affects the lives of every Davies County resident.

“Some people don’t know about the day-to-day operations the clerk’s office does,” she said.

If elected clerk, Payne said she would be able to step in and assist in any part of the office.

“I had someone come up to me and say, ‘I went to the clerk’s office and waited 45 minutes,’ ” Payne said. “That’s the time you are going to see my face. I’m going to be there helping the deputy clerks.

“The deputy clerks need a leader who understands what they go through on a daily basis” and can answer questions. “They need someone with experience.”

In other counties, Payne said she has seen “just how involved the clerks are with their deputies.”

Payne left the office to campaign for clerk last year. As part of the elections office, Payne was involved with the 2019 recount and the 2020 election.

Payne said she will work to make coming to the clerk’s office “a better experience” for customers.

“I’m not a very political person,” she said. “I worked in the office for 22 years, and I want to do the job I’ve done for half of my life.

“I’m not a member and joined a lot of committees, and I may not have a college degree. The clerk’s office has been my education, and has been the committee I have been committed to for 22 years.”

Parents and children share heartbreaking voicemails about the Texas shooting

Parents and children share heartbreaking voicemails about the Texas shooting