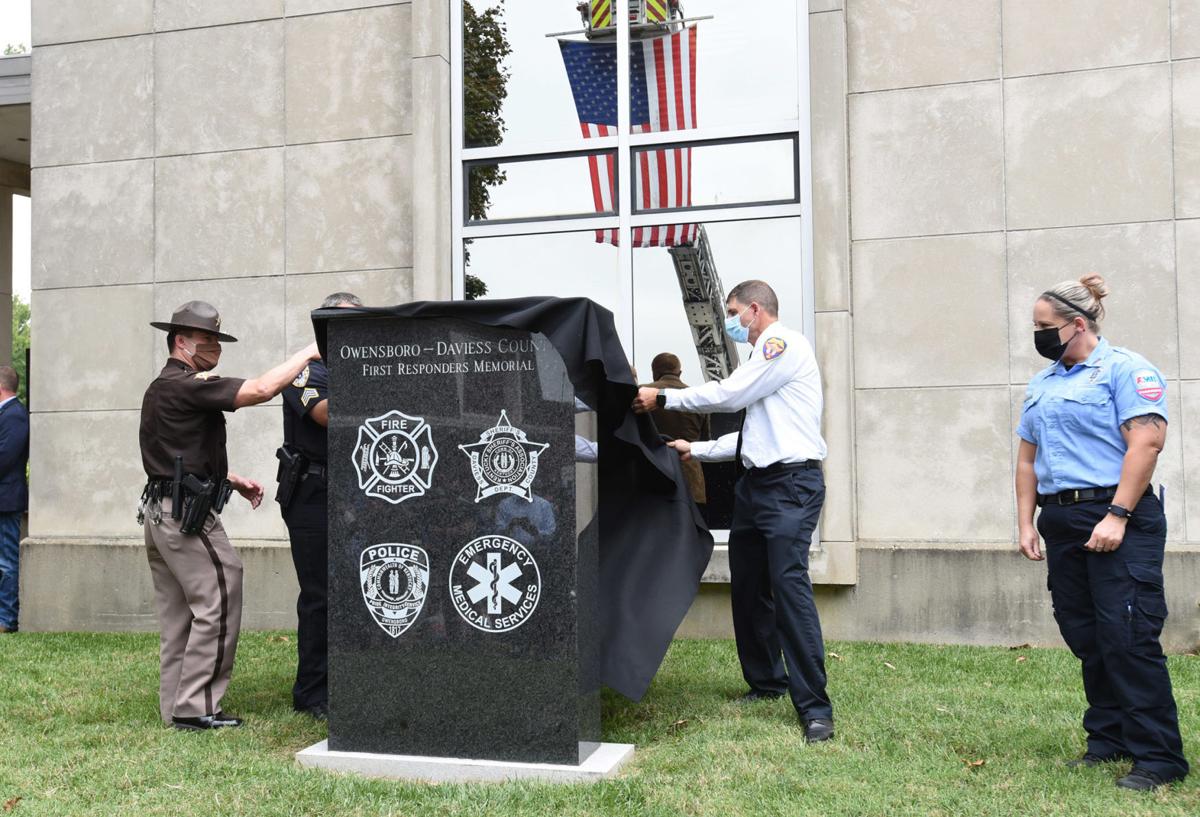 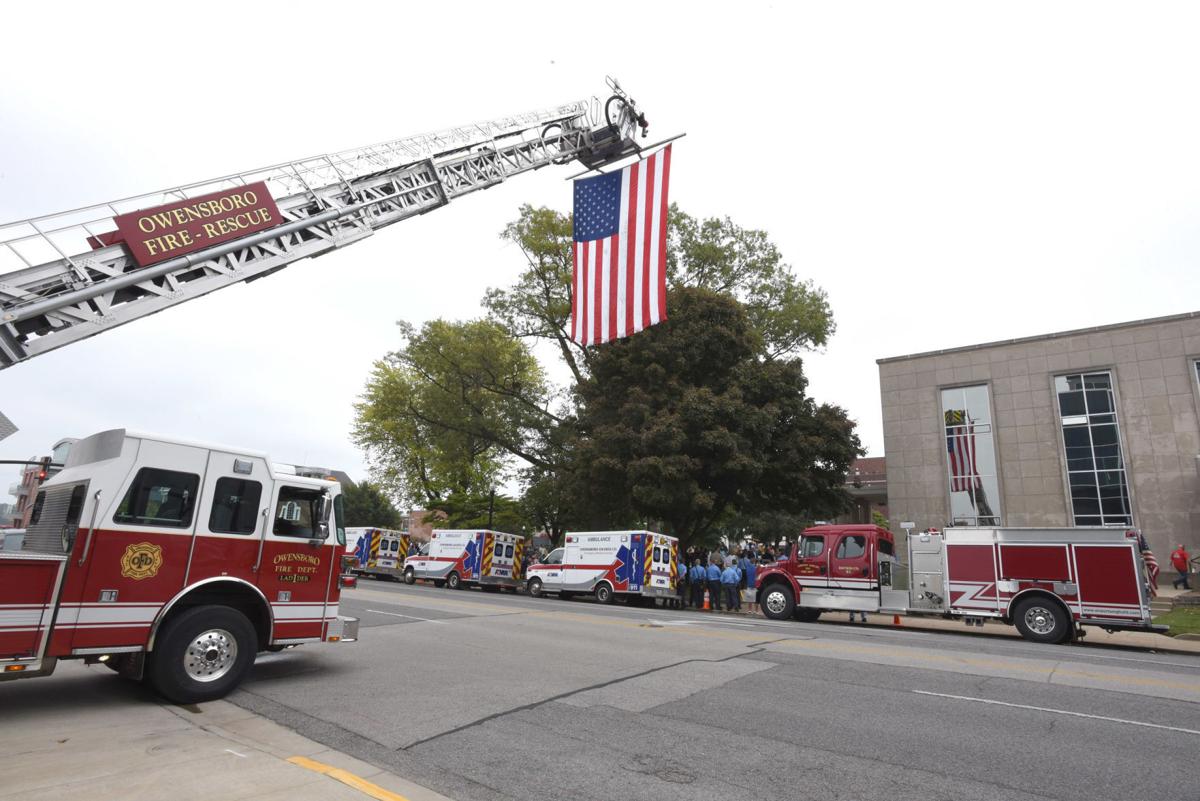 The crowd on the lawn of the Daviess County Courthouse was dotted with uniforms Friday as police officers, firefighters, EMTs and deputies gathered with members of the public to honor responders who had died in the line of duty.

The event was the dedication of the First Responder Memorial, which pays tribute to every local responder who died as a result of his or her service. The event was originally planned for the spring but was postponed by the COVID-19 pandemic.

Friday’s event fell on a somber day for responders: Nineteen years ago, more than 300 police officers and firefighters were killed in the Sept. 11, 2001 terrorist attacks on New York City and Washington D.C. Hundreds of responders involved in the rescue and recovery operations have died since then after contracting illnesses after being exposed to toxins at the attack sites.

“Not only are we here for you, we are here for the ones that have gone before you all,” said state Rep. Suzanne Miles, an Owensboro Republican. “... I thought it was very fitting we had this on 9/11.”

The memorial was financed by the Emergency Services Gala committee, which holds an annual public ball to recognize first responders and raise funds for the memorial.

U.S. 2nd District Rep. Brett Guthrie said the ceremony was important so people could “recognize first responders who paid the ultimate sacrifice for our lives.”

People who see the memorial, Guthrie said, will understand “we have the country we have, we have the city we have ... because people are willing to sacrifice for us.”

Daviess County Judge-Executive Al Mattingly recalled waking up on Sept. 11, 2001 at a hotel and turning to a television “in time to see the second tower (of the World Trade Center) explode as the plane flew in.”

“I don’t believe there was a dry eye in the room,” Mattingly said. First responders deserve to be honored for their work serving others, he said.

Burnett to Dr. Fauci: Is Trump trying to get you to quit?

Game On: AOC streams viral hit game 'Among Us'

“Sometimes we take for granted when we go to bed, get in our car or have a medical emergency that someone will be there,” Mattingly said. “It has always given me comfort to know we have such dedicated first responders.”

Owensboro Mayor Tom Watson recalled how first responders rescued him when a bulldozer seriously injured him in an accident that resulted in the loss of one of his legs.

Ed Lingenfelter, an instructor with the state Department of Criminal Justice Training, was a Lexington police officer when he was shot three times by a man during a traffic stop in 1996. An account of the incident says Lingenfelter managed to get away despite having serious injuries and was treated by fellow officers and firefighters at the scene and on the way to the hospital.

Of first responders, Lingenfelter said, “there are no visible lines in public safety: You have your work family and your blood family, and there is no division between the two.”

Cathy Mullins, an Owensboro woman who lost her son, Specialist Brandon Mullins, to an improvised explosive device while he was serving in Afghanistan in 2011, recalled how first responders saluted her son’s sacrifice during his funeral procession.

“Every exit (along the route) had a fire truck, ambulance, EMS,” Mullins said. “You were standing with us.

“We have the greatest community on earth,” Mullins said.

CDC official sounded alarm on Covid-19 months ago. She was silenced

Photos: Green Bay Packers get back on track with victory over Houston Texans

CDC official sounded alarm on Covid-19 months ago. She was silenced