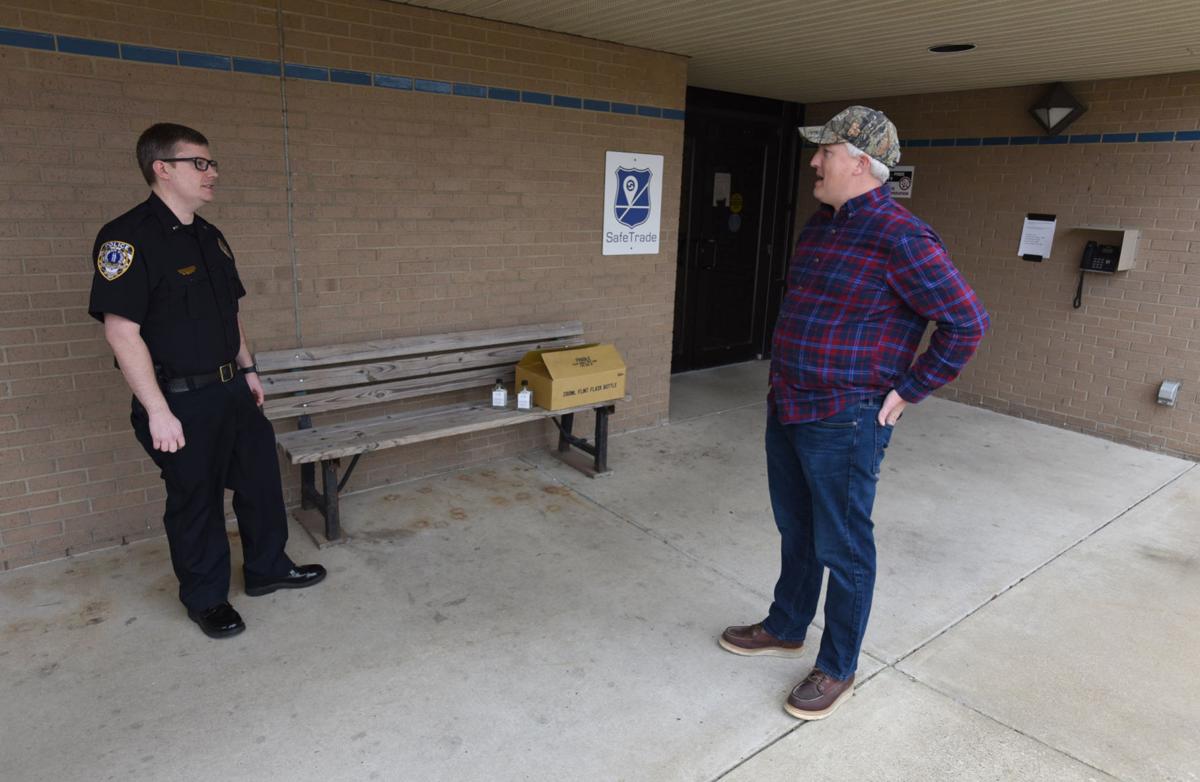 Jacob Call, master distiller and director of operations, right, drops off some hand sanitizer on Tuesday that was hand-bottled at O.Z. Tyler Distillery to Lt. Tristan Russelburg, left, at the Owensboro Police Department. 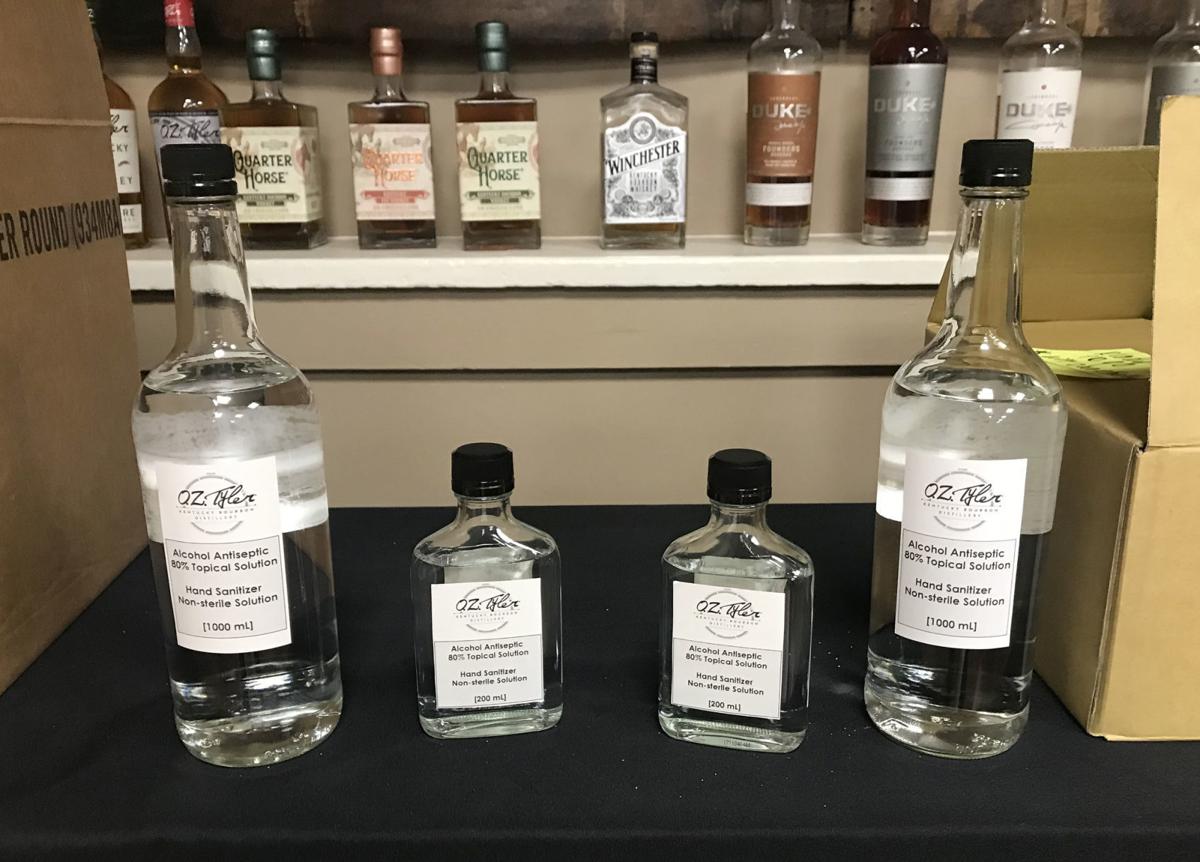 Hand sanitizer is being hand-bottled at O.Z. Tyler Distillery.

Jacob Call, master distiller and director of operations, right, drops off some hand sanitizer on Tuesday that was hand-bottled at O.Z. Tyler Distillery to Lt. Tristan Russelburg, left, at the Owensboro Police Department.

Hand sanitizer is being hand-bottled at O.Z. Tyler Distillery.

“It’s made from high-proof grain spirits,” Jacob Call, master distiller and director of operations for the distillery in northwestern Owensboro, said Tuesday. “And bourbon is lower-proof spirits.”

But he said the distillery wanted to help first-responders and hospital personnel stay safe during the coronavirus pandemic.

“We had to go buy the alcohol,” Call said.

Then, the distillery workers added denaturants, which make the liquid unfit for drinking; glycerin, as a moisturizer; and hydrogen peroxide as an antiseptic.

“We hand-bottled it,” Call said.

He said the distillery is making 270 gallons of the sanitizer at a time.

On Tuesday morning, Call delivered a couple of cases of the product to Owensboro Health Regional Hospital and the Owensboro Police Department.

“We’re not set up like Glenmore,” Call said. “But we wanted to help.”

Glenmore Distillery in eastern Owensboro is owned by the Sazerac Company, which bills itself as the largest producer of distilled spirits in North America.

Matt Maimone, Sazerac’s chief operating officer, said in a news release, “We are adding production capacity to cope with the massive industrial demand. We have received requests to date for over 5 million bottles of sanitizer, which we are prepared to meet, and possibly more, across our sites in North America.”

On Monday afternoon, Glenmore began distributing one case of its Clear Spring 190-proof grain alcohol, which can be used on non-porous surfaces for eliminating pathogens, to first responders, government agencies, charities and health care organizations in the area.

An announcement said that Glenmore will begin producing hand sanitizer for the community at the end of this week.

The company said people will be able to pick up one bottle for each household “compliments of The Glenmore Distillery, while supplies last.”

But the hand sanitzer has to be made by hand, Call said.

“We are limiting our hand sanitizer to first responders at this time,” he said. “We plan on making additional deliveries later this week to some other first responder groups.”

Call said, “I’m extremely proud of our lab team, led by Haleigh Bickett that helped get the first shipment out the door. We will continue to try and help the Owensboro community as much as possible during these trying times.”