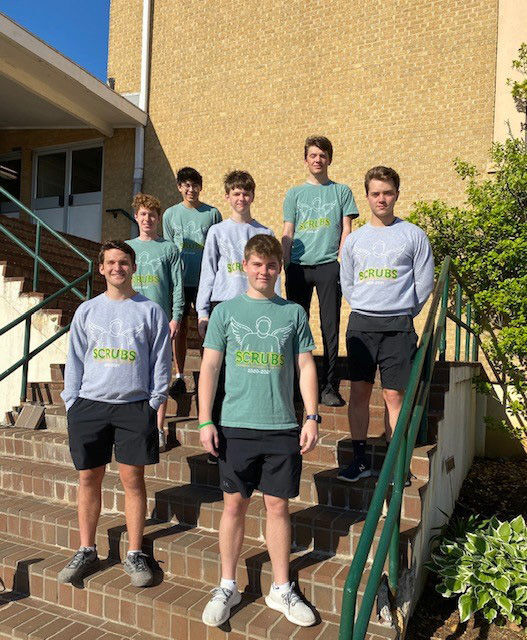 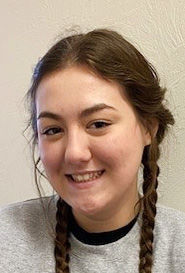 Mary Beth Vaught, an Owensboro Catholic High School SCRUBS club member, wanted to design the club T-shirt this year in honor of her late classmate, Logan Davis, because he was an inspiration to a lot of students and he had a good heart, she said.

Davis passed away on July 11 of last year after a single-vehicle accident. He was about to enter his senior year of high school and had a tight-knit group of friends. He also played football for Owensboro Catholic, so he was well-known to most in the school.

Mary Beth, 16, is a sophomore. She wanted to design a shirt that honored Davis because he embodied the club’s mission, which is to “do better and spread goodness.”

The shirt has an outline of Davis with some wings.

“I wanted to make the shirt memorable for his friends, and to memorialize him,” Mary Beth said. “He inspired a lot of people, and that’s one of the missions of SCRUBS. He was kind to others, and modeled a lot of what we represent in the club.”

One of Davis’ good friends, Joseph Fusco, is also a SCRUBS member. He laughed as he recalled that Davis first joined the club after learning that free food was served during the meetings.

However, after attending several meetings, Davis discovered that he belonged there, Fusco said, and he was a natural leader.

Fusco, 19, said that Davis was good for the younger students in the club because they looked up to him. He had a lot of insightful things to say and was encouraging.

“It means a lot to me that we could put him on our shirt,” Fusco said. “He always put other people first, and was always looking out for someone else.”

Sherry Krampe, OCHS school nurse and health coordinator for the school district, is a co-sponsor of SCRUBS. She said the club began in 1998 as a way to focus on drug, alcohol and tobacco prevention, and to encourage students to make good decisions.

There are about 70 students in the club this year, 50 of which are active members, she said. That’s significant considering it’s such a small school.

“This club provides them with a basis they will need when they leave Owensboro Catholic,” Krampe said. “It helps them make healthy habits and support their peers. It also is a way for them to give back to the community, and not just take care of their own needs, but the needs of others.”