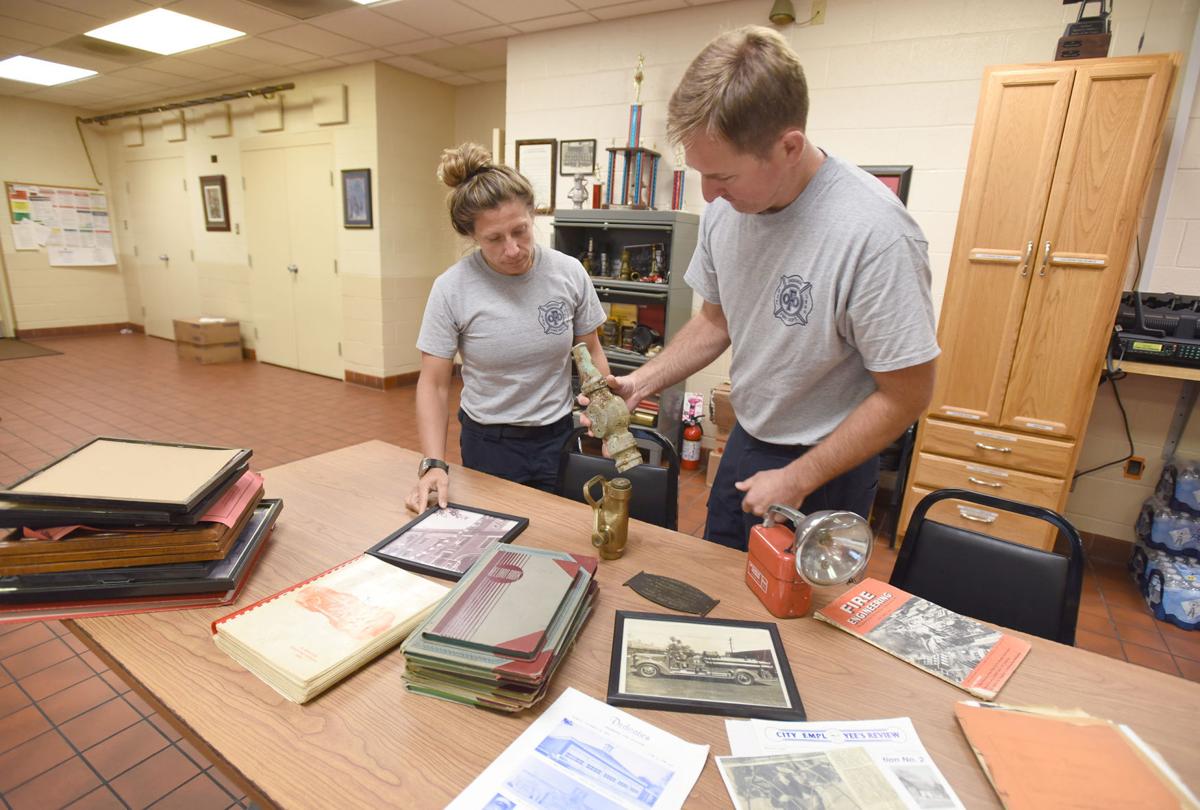 Owensboro Firefighter Shannon Raymer left, and Lt. Andrew Behl look at an antique fire hose nozzle along with other items as they research the department’s history July 23 at OFD’s Station 1. 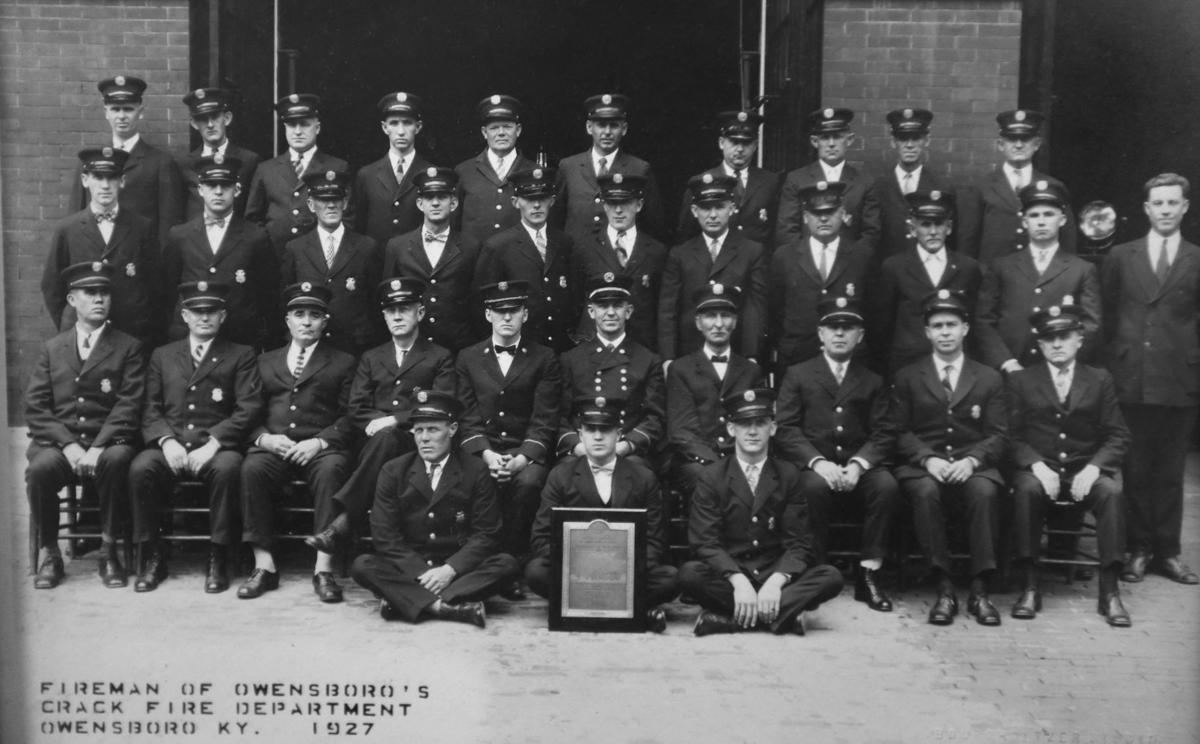 Owensboro Firefighter Shannon Raymer left, and Lt. Andrew Behl look at an antique fire hose nozzle along with other items as they research the department’s history July 23 at OFD’s Station 1.

The Owensboro Fire Department was established in 1866, and over the decades, the agency has gone from horse-drawn wagons to the most modern firefighting equipment.

Now, fire department officials are trying to put together OFD’s full history and they’re hoping the public can help.

OFD Fire Chief James Howard said a group of firefighters is researching the department’s history by combing through records and gathering information and artifacts. Officials don’t know what form the end product will take, but their plans also include documenting stories from retired firefighters and members of the public, and archiving documents.

Howard said the idea came from Station One on West Ninth Street where the halls are lined with photos of previous city fire chiefs.

While the histories of some chiefs are well known, “if you go back farther than that, all you have are stories that are passed on,” Howard said last week. “We are trying to go from (the department’s history) being so vague to a history that is easy to communicate.”

Howard was friends with Daviess County Clerk Leslie McCarty, who also writes a weekly column about Owensboro history for the Messenger-Inquirer.

“She took it upon herself to start finding articles on the chiefs and sending them to me,” Howard said. When the idea to put together a comprehensive history solidified, a group of interested firefighters is enlisted to do research, “so everyone has ownership in it,” Howard said.

Lt. Andrew Behl, who is leading the research effort for the department, said firefighters are researching when their schedules permit.

“We are trying to fit it in between runs and inspections,” Behl said. “At this point, it’s seeing how much material is out there.”

The story of the fire department is, in part, the story of chiefs who worked to make the department a professional service (rather than one dominated by political appointees). But the department’s history can also be traced through events, such as major fires that left their marks.

More men are abandoning college. Professor explains why this is dangerous

The department’s history, “ties in with the ways the city has changed,” Behl said.

As part of the project, researchers are trying to find people with stories about the department.

“We have made contact with a lot of family members” of former firefighters, Behl said. Retired chiefs will be interviewed along with firefighters and family members. Artifacts, from journals to old firefighting equipment, are being sought so department researchers can photograph the items and return them to their owners.

McCarty said she has consulted with firefighters on how to archive their research. The project will take time.

“They are in no hurry, which is good,” McCarty said.

Members of the public with photos of the department responding to fires could also help, Howard said.

“We are just open to what people can contribute,” Howard said. “We figure there are some priceless photos in people’s attics.”

“We are inviting people to help capture our history and preserve it,” Behl said.