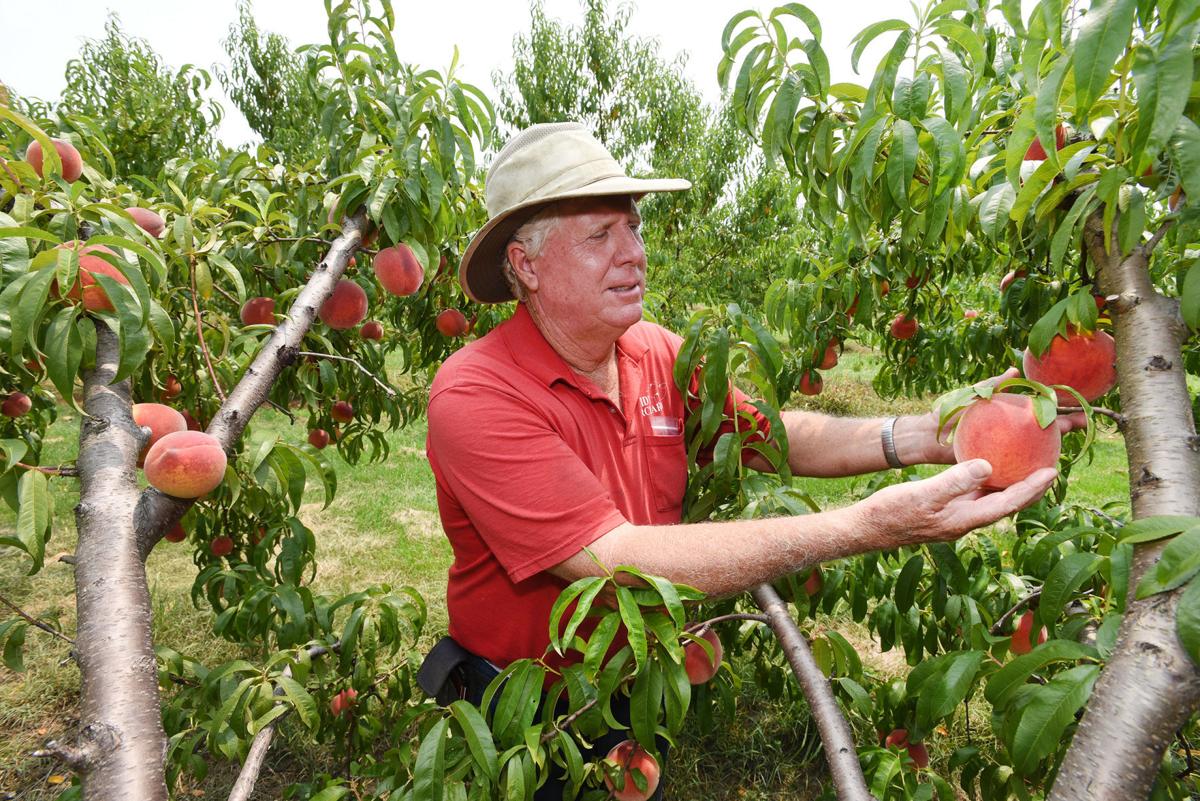 Billy Reid picks some Paul Friday peaches on July 20 in one of their biggest peach crops in years at Reid’s Orchard, 4818 Kentucky 144. 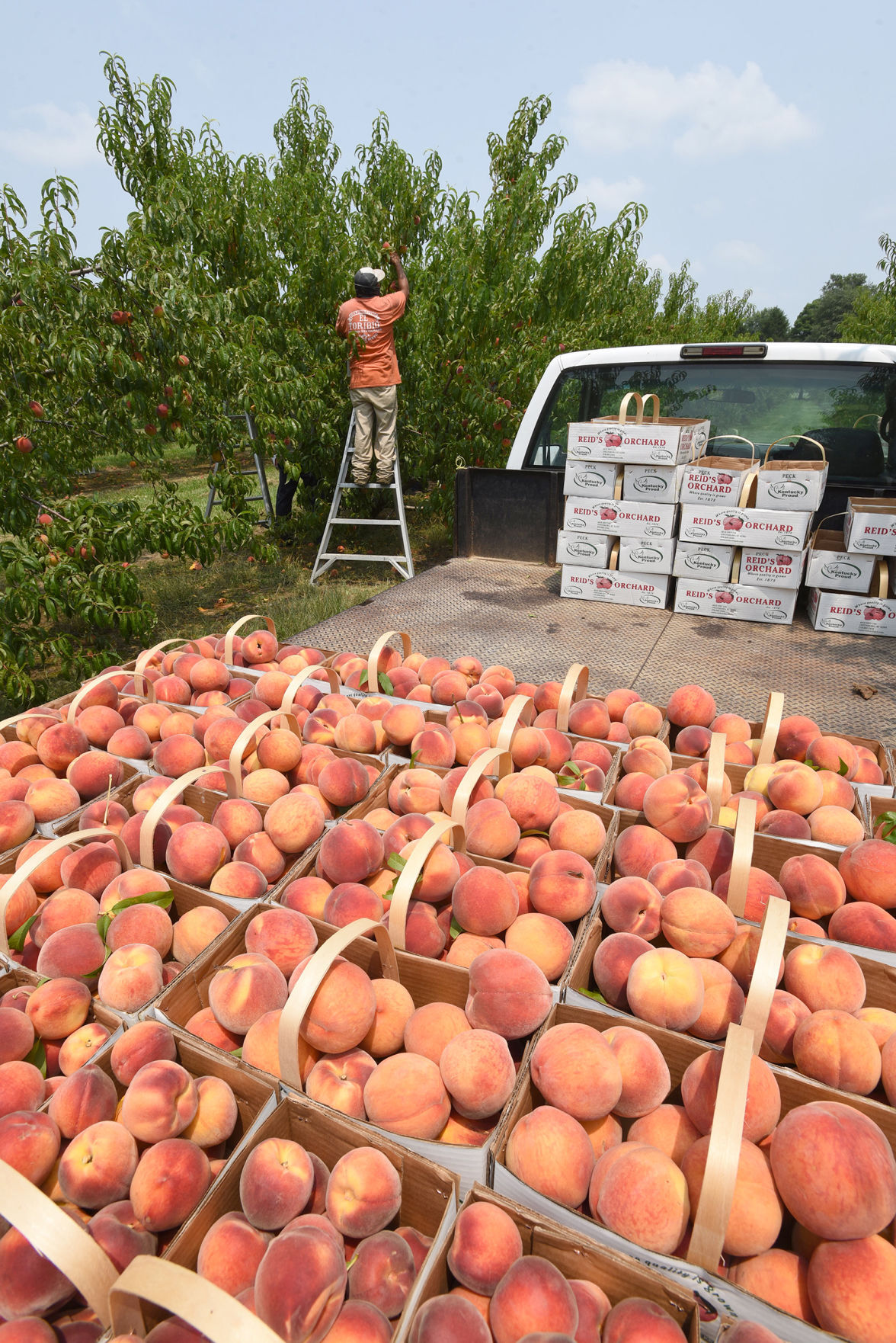 A flatbed truck fills up with boxes of Paul Friday peaches on July 20 at Reid’s Orchard.

Billy Reid picks some Paul Friday peaches on July 20 in one of their biggest peach crops in years at Reid’s Orchard, 4818 Kentucky 144.

A flatbed truck fills up with boxes of Paul Friday peaches on July 20 at Reid’s Orchard.

And when Billy Reid says big, he means BIG.

Like every one of the 3,000 or so peach trees on 25 acres is loaded with peaches, he said Tuesday.

There was a late April freeze this year.

But Reid said at the time that it wasn’t cold enough to hurt the peaches.

“When you have a frost, it doesn’t affect the peaches because you are talking 5 feet off the ground it could be 34 degrees and then right on the ground where there is no wind it could be 28 degrees,” he said then. “Freezing is a different story. That is when the stuff in the trees is going to freeze.”

In March, Reid deployed his Frost Dragon in an effort to keep the peach trees from freezing. The piece of equipment burns propane to generate heat, blowing warm air out onto the trees. The frost fighting machine is pulled through the orchard by a tractor.

The orchard grows 30 varieties of peaches and each has to be hand picked by five people in an eight to 10-day period, he said.

There were so many blooms on the tree this year that 95% had to be knocked off the trees so the remaining 5% could grow big and juicy with a high sugar content, Reid said.

The orchard started in 1873, when Allan Reid, an 18-year-old Scottish immigrant, planted the first peach and apple trees on land he bought in eastern Daviess County.

“He had never tasted a peach until he landed in New York City,” his great-grandson said. “He came to America to keep books for his older brothers, who ran a tobacco factory in Livermore.”

After a year there, Reid left his brothers to plant his orchard.

He estimates that the peach trees will produce about 4,500 bushels of peaches this summer.

Almost all of them will go to local IGA stores.

“We’ve been picking since mid-June,” Reid said. “The freestones are what’s coming in now.”

They’re the ones where the pit is easily removed from the flesh of the fruit.

Across the South, there are reports this summer of

Some orchards are seeing the best crop in a decade.

He was expecting at least 200 bushels of peaches from his acre this year.

600 tons of marine life have washed up on Florida's shores

This community hospital was a 'lifeline' to many

Lights, camera, NEXT! Stars reveal their most horrifying audition stories