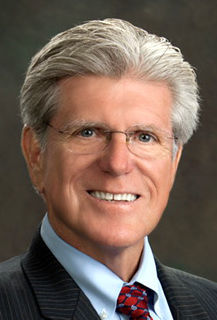 While planning for the widespread fiscal impacts of COVID-19, the Owensboro City Commission has no tax rate increases in its proposed 2020-21 budget.

Not having to raise taxes, as well as the diversity of the area’s economy, have allowed the city to stay above water compared to many, Mayor Tom Watson said.

“We are excited that we are progressing enough in our community,” he said. “The fact that we won’t have to increase that property tax is especially helpful to those folks that have a substantial amount of property that aren’t using it right now. I think we are in great shape, especially compared to other cities. We are fortunate because our economy is so diverse that one thing doesn’t control our whole economic outlook. We don’t depend on one company. The city staff has worked very hard and I am very pleased about how it turned out. It doesn’t look good a few years from now because those increases will be eaten up, so we will have to focus on continuing to grow and managing our finances well.”

Wednesday, the commission met during a special-called meeting to hear the proposed budgets from the city’s numerous department heads and to get a feel for the overall proposed $128.57 million city budget for this fiscal year.

Aside from showing reduced general fund revenues of roughly $1.56 million, the proposed budget shows that the $59.1 million general fund is balanced with a surplus of $28,600, said City Manager Nate Pagan.

“This is a combination of multiple things,” he said. “Revenues are down coupled with reduced events at the convention center and around the city. COVID has had a $2.027 million negative impact across those areas of the total budget. There was a silver lining. Through the CARES Act, we received $4.8 million in transit grant funding.”

Typically, funds like those through the CARES ACT can’t be spent on operating funds, but are allowed given the unique nature of the pandemic. Of those funds, the city was able to use $994,256 to offset the typical general fund match. Traditionally, that is a 50/50 match grant with the state and the federal government, but that funding will allow them to not transfer from the general fund to the transit fund.

The city has also proposed a COVID-19 contingency fund of $200,000 to aid in possible impacts down the road, but the 2020-2021 budget has also been impacted by typical increases that stem from systemic raises in health insurance and pension costs. The state has suspended the pension increase for this year, Pagan said.

“It is a 12% increase year after year,” he said. “To plan for this, we are proposing to put the $757,899 that would have been owed this year on top of this year’s cost of $236,804 into a pension reserve fund because these costs will increase much faster than our revenues. This addition would put out pension reserve at $3.2 million.”

Aside from the CARES Act funds and the suspension of the 12% increase to the pension, one thing that grew steadily this year is health care costs, Pagan said.

Despite the pandemic and its effects across all political, social and fiscal fronts; the tone of the three-and-a-half-hour proposed budget meeting was positive, especially in regard to Owensboro’s fiscal health compared to other cities around the commonwealth, Pagan said.

“From talking to my peers, our economy has been stronger,” he said. “We are in a better position to weather the storm. As we look industry by industry and which of our major industries have been influenced by COVID, our key employers have remained stable.”