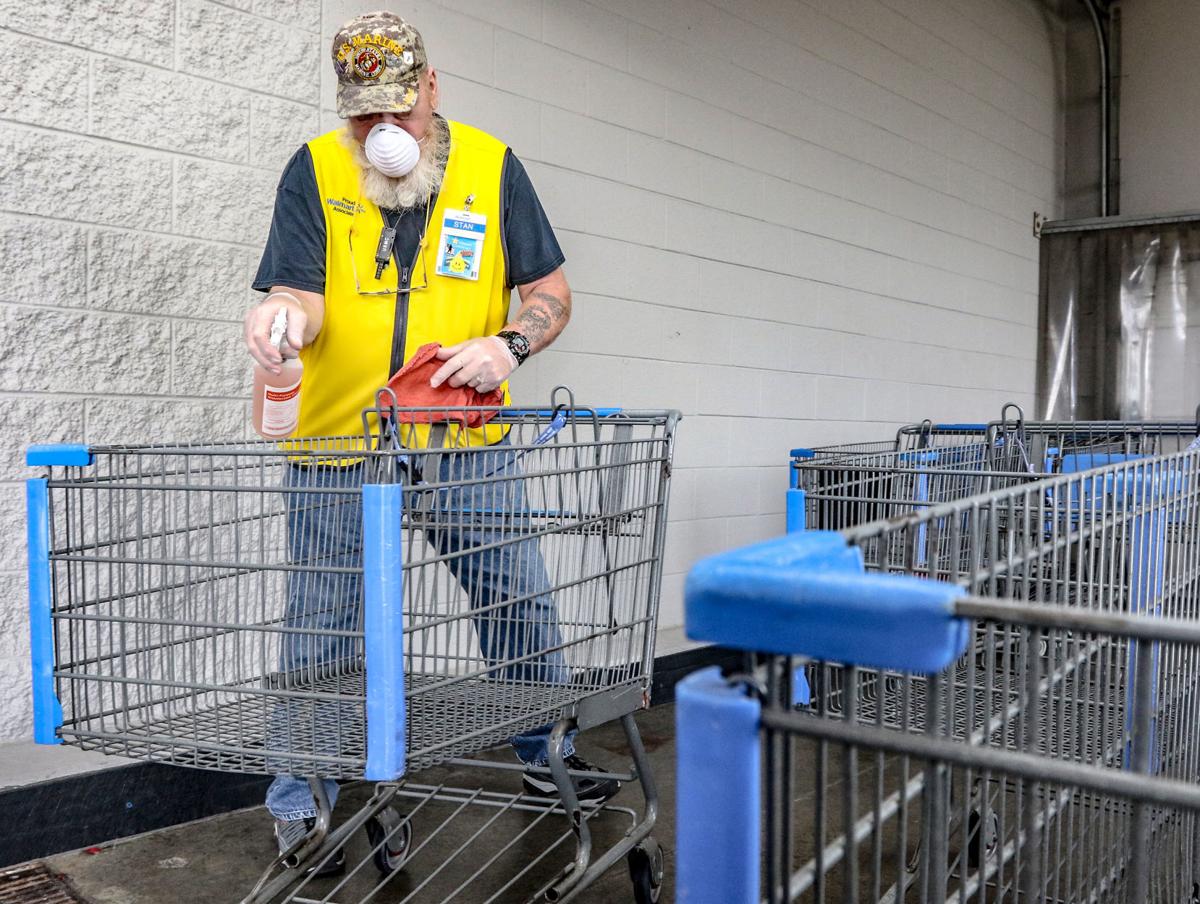 Walmart employee Stanley Arachikavitz wipes down shopping carts Friday at one of the entrances of the store located on Kentucky 54 in Owensboro. 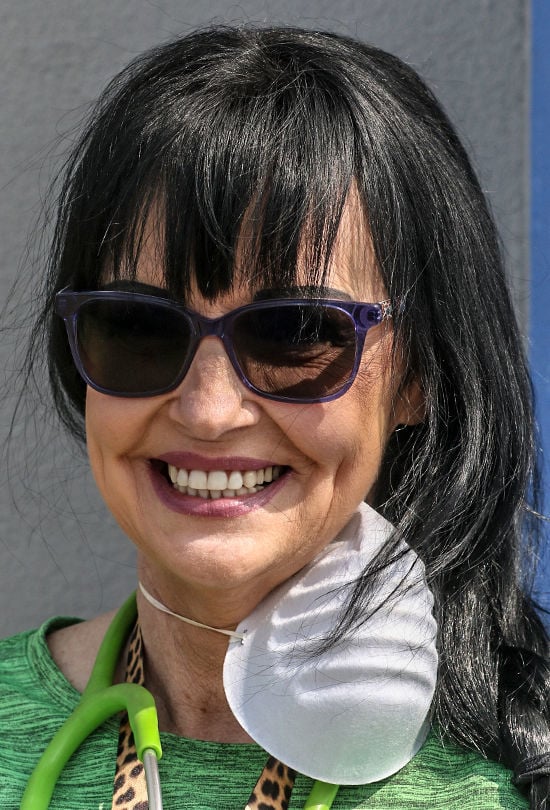 All of us need a feel-good story about now.

Here’s one for the record books.

Stan Arachikavitz has one lung, and he’s nearly 66 years old.

The coronavirus could prove deadly for the Owensboro man.

He works as a part-time greeter at Walmart on Kentucky 54, so hundreds of people pass by him during his shifts. That doesn’t frighten him.

The U.S. Marine veteran wears a construction-style face mask and gloves for protection, and he knows about social distancing.

While he was working Monday, Arachikavitz noticed a woman in scrubs — Lorrie Nein — who was wearing a cloth surgical mask. He assumed she was a health care worker.

It concerned him that his mask was a better quality than hers.

As Nein left the store, Arachikavitz stopped her and said, “You’re not wearing the right mask.”

Arachikavitz — the 66-year-old with one lung — told Nein he had eight masks in his car, and he wanted to give her some.

Instead, Arachikavitz gave her half his supply.

When she said it was too much and he needed them more than she did, he insisted.

“Stan sacrificed something he needed,” Nein said. “He didn’t give it a second thought.”

He smoked “cowboy killers” for 40 years and developed lung cancer. In 2013, when Arachikavitz went in for knee-replacement surgery, doctors discovered a large black mass on his right lung.

Two days after surgery to remove his diseased lung, pneumonia hit. Arachikavitz thought it was the end.

At one point, the room went black, he said. He felt his body raise about halfway up.

But, then, he said, “the room turned a golden bright” and he felt a hand on his chest, pushing him back down.

“Ever since then, I haven’t worried about anything,” Arachikavitz said. “I know where I’m going.”

When his time comes, he’s ready. In the meantime, he prays with those who need prayer, and he gives without thinking.

Wanda Figueroa, RVBH CEO, came to Walmart Friday to thank him for the generosity he showed one of her employees.

With news of people fighting over toilet paper and hand sanitizer, she found hope in Arachikavitz’s random act of kindness.

“We see greed and so many other things,” Figueroa said. “This is a story we can hold onto. He’s an example of so much goodness in our community. It’s really touching.”

Kyle Rutledge is a store lead at the Kentucky 54 location, where Arachikavitz has worked for a year.

“This wasn’t a one-time act of kindness,” Rutledge said. “It’s (Arachikavitz’s) behavior day in and day out. This is his character.”

And that’s a story we all need to hear.