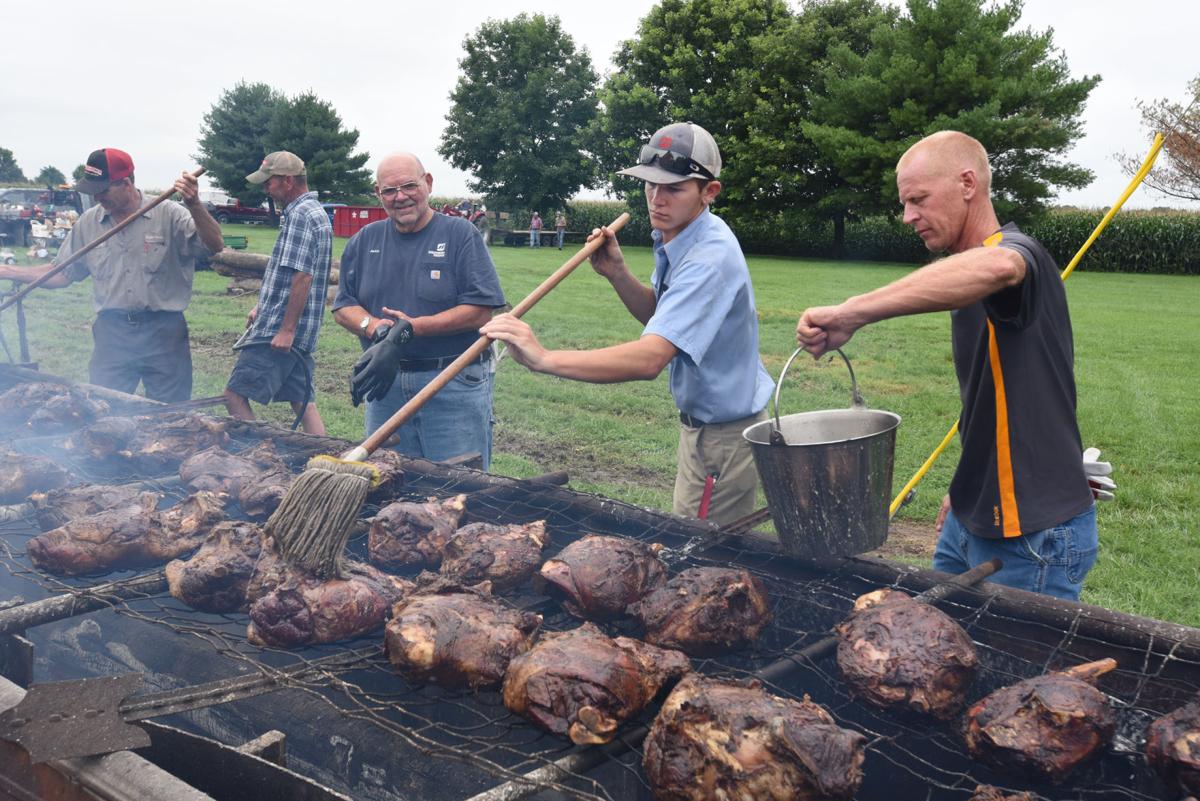 Henry Briner, center, dabs barbecue sauce on mutton to keep it moist as it cooks as Mark Krampe, right, holds the bucket on Tuesday at the St. Martin barbecue fundraiser at the church parish grounds on Kentucky 81. 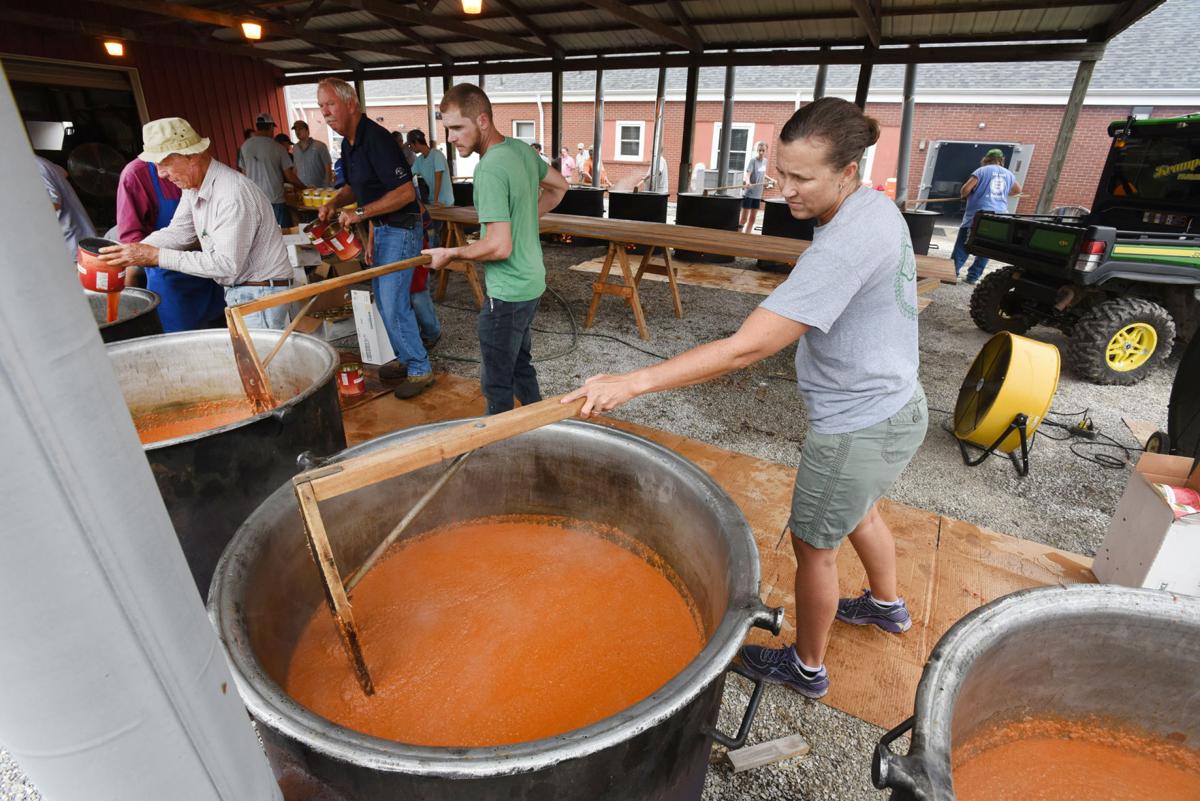 Jennifer Self stirs burgoo as it cooks on Tuesday at the St. Martin Catholic Church on Kentucky 81. Church volunteers made about 1,200 gallons of burgoo for the annual fundraiser.

Henry Briner, center, dabs barbecue sauce on mutton to keep it moist as it cooks as Mark Krampe, right, holds the bucket on Tuesday at the St. Martin barbecue fundraiser at the church parish grounds on Kentucky 81.

Jennifer Self stirs burgoo as it cooks on Tuesday at the St. Martin Catholic Church on Kentucky 81. Church volunteers made about 1,200 gallons of burgoo for the annual fundraiser.

About 75 volunteers converged Tuesday on St. Martin Catholic on Kentucky 81 to help cook burgoo, mutton, pork and chicken for the annual fundraiser.

And when it comes to Catholic-style picnics, it’s unique in that it’s not held during the weekend.

“They’ve been doing this for years,” said the Rev. Pat Bittel, who is the parish priest. “They chose to have it the first Tuesday in August because nobody else does it.”

Shortly after 10 a.m., smoke billowed from the rear of the church as one cooking crew prepared the concrete-block pits for the chickens that would take about three hours to prepare.

Jeremy Ebelhar of nearby Pasture Belt Farms was overseeing the pits.

Ebelhar said he lit the firewood about 2 a.m. so it would have enough time to burn down to start cooking.

“Usually mutton takes six to eight hours to cook and pork is about six hours,” said Ebelhar, who’s been part of the cooking crew for more than 20 years. “…I just do it for the church.”

Larry Krampe was in charge of about 20 large kettles — each containing around 65 gallons of burgoo.

Krampe said he’s been cooking burgoo for the St. Martin fundraiser since he graduated high school in 1963.

“We started at about 4 this morning but that’s after three or four days before that getting ready,” Krampe said.

Although created to be a church fundraiser, Bittel described the event as a “social thing” as well.

“Some are good years and some are bad years,” Bittel said. “It’s more about getting the people together and working together. ...It’s this community coming together and offering something to the larger community.”

Although many parish picnics usually include games and other activities, St. Martin’s barbecue fundraiser has been drive-thru only for years, making it COVID-19 ready as many traditional in-person events have had to adopt the same practice for safety reasons.

Bittel said the recent days of heavy rainfall made this year tricky because it saturated valuable green space behind the church that was used for drive-thru traffic.

“We’ve had about 3 to 4 inches of rain out here the last couple of days, and we usually use all of our back fields for the lining up,” Bittel said. “Well, we have all of those closed because there’s no way we can use the back fields.”

That meant utilizing the front parking lot for both the serving and drive-thru areas.

Bittel said the Daviess County Sheriff’s Department would be there to help control traffic flow and ensure safety as vehicles entered from the highway.

Despite that challenge, Bittel added that the overcast and temperatures in the 70s made it ideal weather for cooking in August.

“It’s a lot of work, and even though it’s wet, the temperature makes up for it,” Bittel said.

I'm searching for row crop acres to rent for the

Driving for 6: Football-minded questions are back