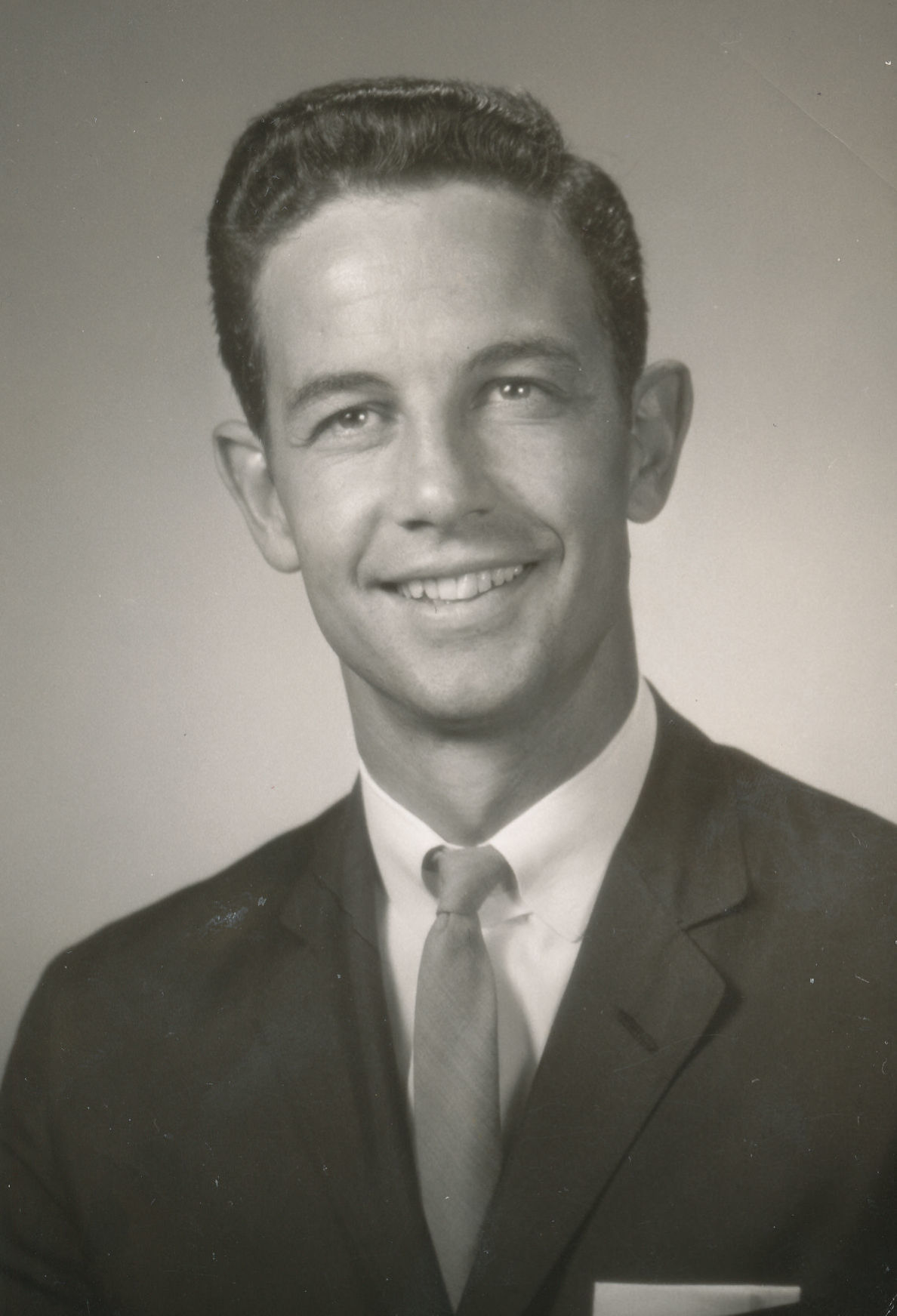 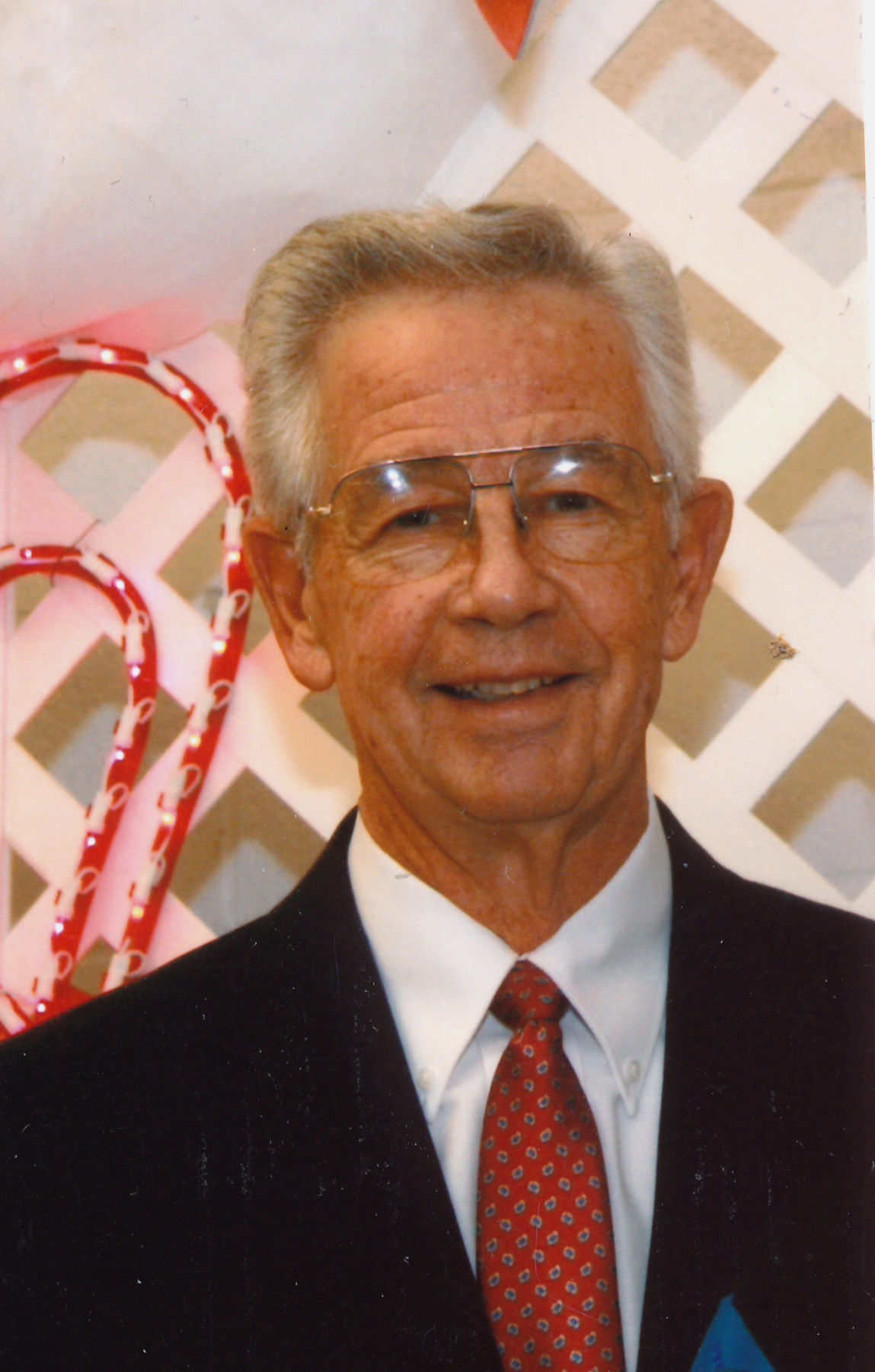 Thomas B. Witherspoon passed away June 7 at the age of 87, after a long illness. He was born Feb. 4, 1933, in Evansville, Indiana, to the late Frank and Mary (Wolford) Witherspoon. Tom spent his childhood and teen years in Louisville growing up near Churchill Downs, with his brother, Frank, and sister, Rosemary. An exceptional athlete in four sports, he was chosen Outstanding Athlete at Louisville Male High School in 1951 and was later inducted into the Louisville Male Hall of Fame. He traveled across Europe with the Harlem Globetrotters, playing preliminary basketball games with the University of the South, and spent time with Olympic gold medalist Jesse Owens in Germany. Tom attended Kentucky Wesleyan College on a basketball scholarship from 1951-1955 was a four-year starter, was selected for the All-KIAC Team, was a four-time KIAC Tournament winner, and was listed as one of the Top 10 All-Time leading scorers at KWC for many years.

Tom met Patsy Medlin while playing for Wesleyan and they married in 1953. After graduating with a B.S. in chemistry, he was drafted into the U.S. Navy, serving as a medic with the Marines from 1955-1957. His son, Barry, was born while they were stationed at Camp Lejeune, North Carolina, followed by a daughter, Debbie, and another son, Bryan, after the family returned to Owensboro. He was deeply committed to his family, supporting and encouraging them to reach their greatest potential. A man of steadfast faith and deep wisdom, his children learned from him the powerful nature of grace.

Tom taught chemistry at Owensboro High School in the early 1960’s after receiving his master of education from the University of Virginia. He also coached football, basketball, and track while at OHS. Tom joined the Upjohn Company as a Pharmaceutical Sales Representative in 1963 and enjoyed a successful career with them until his retirement 27 years later. He was also a member of the Owensboro Jaycees and the Kiwanis Club.

A man of deep faith and great compassion, Tom served in many roles at Yellow Creek Baptist Church, including moderator, deacon chair, finance committee chair, Sunday School superintendent, and Sunday School teacher. He went on several mission trips with the church to disadvantaged communities, helping build facilities and reaching out to people in need. During his retirement, he also served in ministry to the homeless and in tutoring adult students to get their G.E.D. He often mentioned his favorite verse of scripture , John 3:30: “He (Christ) must increase, I must decrease,” and consistently lived his life to that end.

In addition to his parents, Mr. Witherspoon also was preceded in death by his sister, Rosemary.

The funeral service for Thomas Witherspoon will be 10 a.m. Thursday at Yellow Creek Baptist Church with burial in Yellow Creek Cemetery. Visitation will be Wednesday from 4 to 7 p.m. at Glenn Funeral Home and Crematory and Thursday from 9 a.m. at the church. In compliance with health and public safety directives, family and friends are requested to wear appropriate personal protective masks and enter the doors near the Triplett St. side of the building for visitation Wednesday.

Memories and condolences for the family of Thomas Witherspoon may be left at www.glenncares.com.