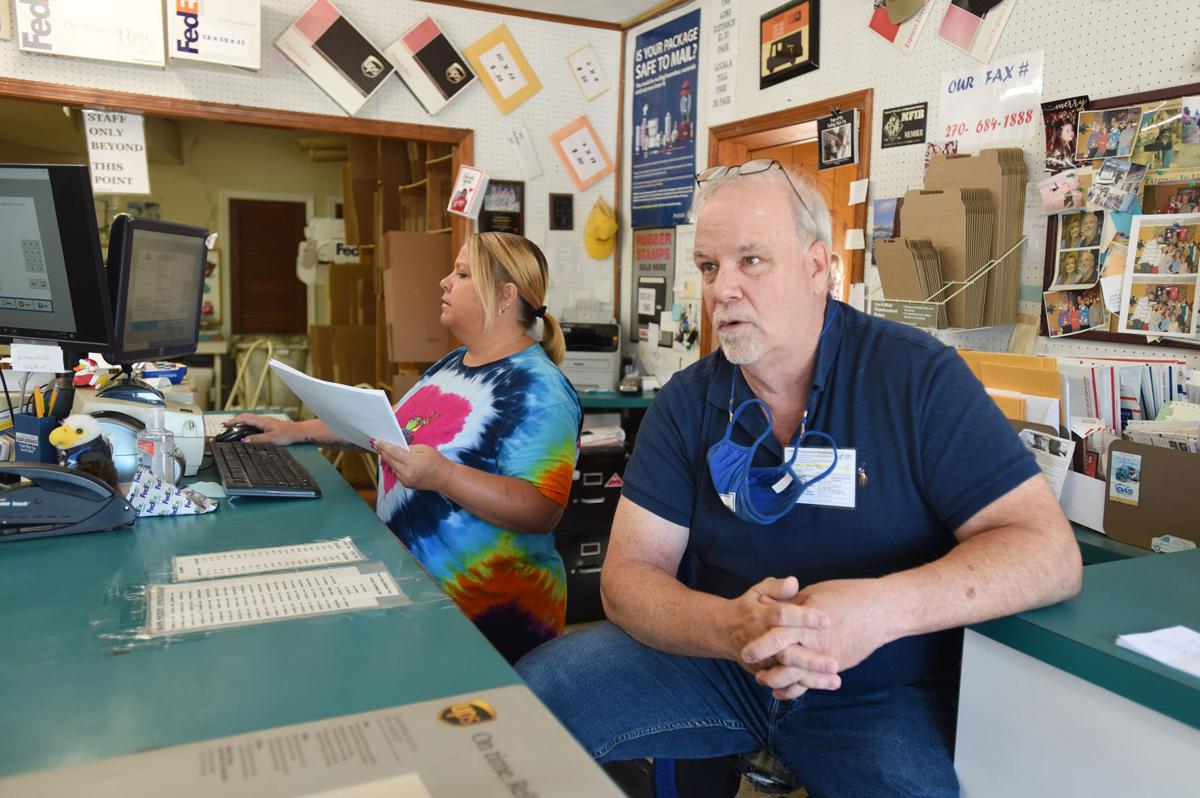 Pat Osborne talks about the history of his business as Emily Foster, left, helps a customer Tuesday at Packages Plus at 117 E. 18th St. 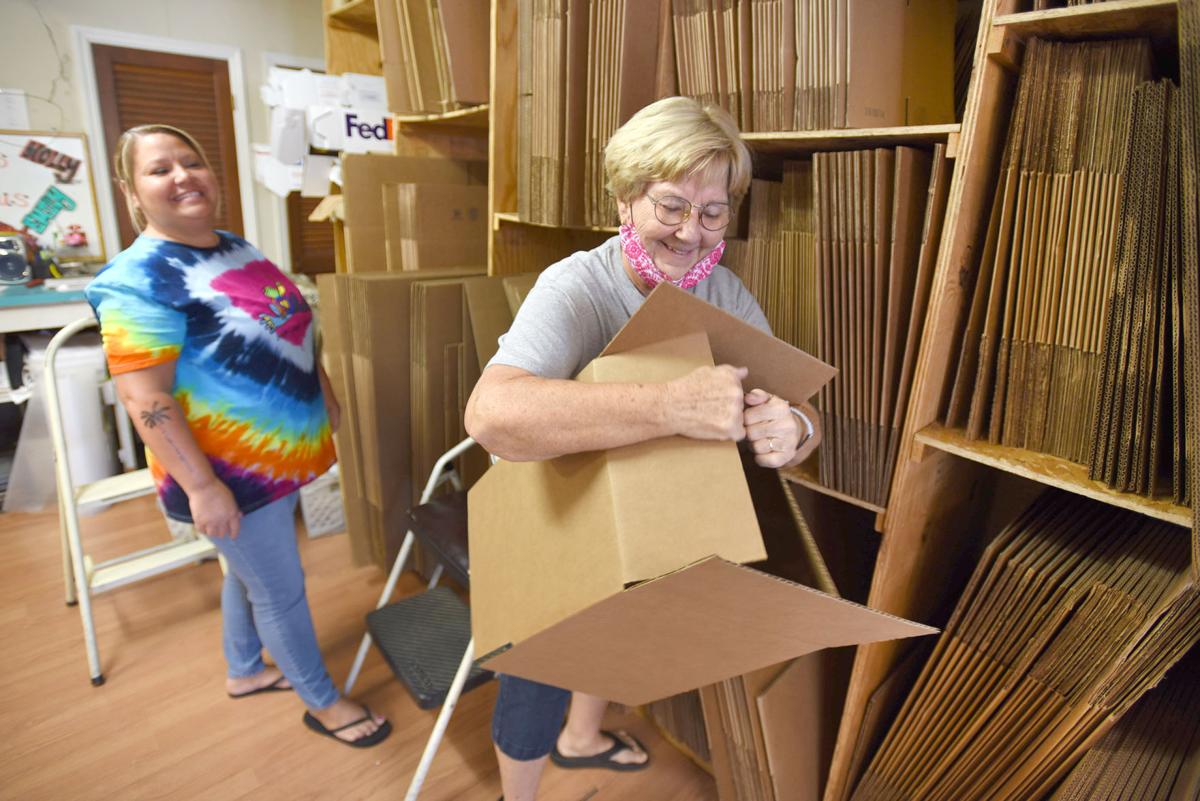 Lynda Coomes, right, folds up a new shipping box as Emily Foster watches as they put together some boxes Tuesday at Packages Plus at 117 E. 18th St.

Pat Osborne talks about the history of his business as Emily Foster, left, helps a customer Tuesday at Packages Plus at 117 E. 18th St.

Lynda Coomes, right, folds up a new shipping box as Emily Foster watches as they put together some boxes Tuesday at Packages Plus at 117 E. 18th St.

When Pat Osborne bought the old Mailboxes Etc. store on West Parrish Avenue in 1994, he gave it six months to succeed.

“The first day I owned it, I thought it was a big mistake,” Osborne said last week. “But we held on.”

He had been in corporate sales before he bought the store.

But that meant a lot of time on the road.

And Osborne said, “I didn’t want to watch my daughter grow up on the phone. So I looked for something where I could stay at home.”

It turned out to be a good decision.

Osborne opened the store’s second location — the current store on East 18th Street in 1996 and closed the West Parrish store in 2016, because he said the owner of the building wouldn’t fix things.

“When water started coming out of the light fixtures, it was time to move,” Osborne said.

The 18th Street store, he said, “is dead center in the middle of town.”

And the old Owensboro Post Office had been a few blocks east at 927 E. 18th St. before it moved to Bon Harbor Hills in 1994.

Business continues to increase, he said, because the Post Office doesn’t have as many contract stations around town as it used to have.

There were five contract stations at one time, Osborne said.

The Hallmark store in Wesleyan Park Plaza closed earlier this year, taking away one of the places people could mail letters, buy stamps and ship packages.

And when Lee Franey sold his Franey’s Food Marts in May, the new owner didn’t keep the contract stations in those stores.

Today, Osborne said, the only places that offer postal service — other than the two post office locations — are “us and Meijer.”

He said, “I’m very unique in being a drive-thru UPS station. At least a third of our business is drive-thru.”

Osborne said the local store is always among the top stations nationally is shipping volume.

And that means more shipping.

He said 75% of his customers are women.

Monday is the busiest day of the week, followed by Tuesday and Friday.

The busiest day of the year is the Monday of the last full week before Christmas, Osborne said.

“We do everything for the post office but registered mail,” he said.

Packages Plus is a member of the National Association of Mail and Parcel Centers.

There are five, sometimes six, people working at the store with a combined 80-plus years of experience, he said.

“People are sometimes waiting outside at 8 a.m.,” Osborne said.

Packages Plus, he said, is “a low margin, high volume store — the opposite of most of these stores.”