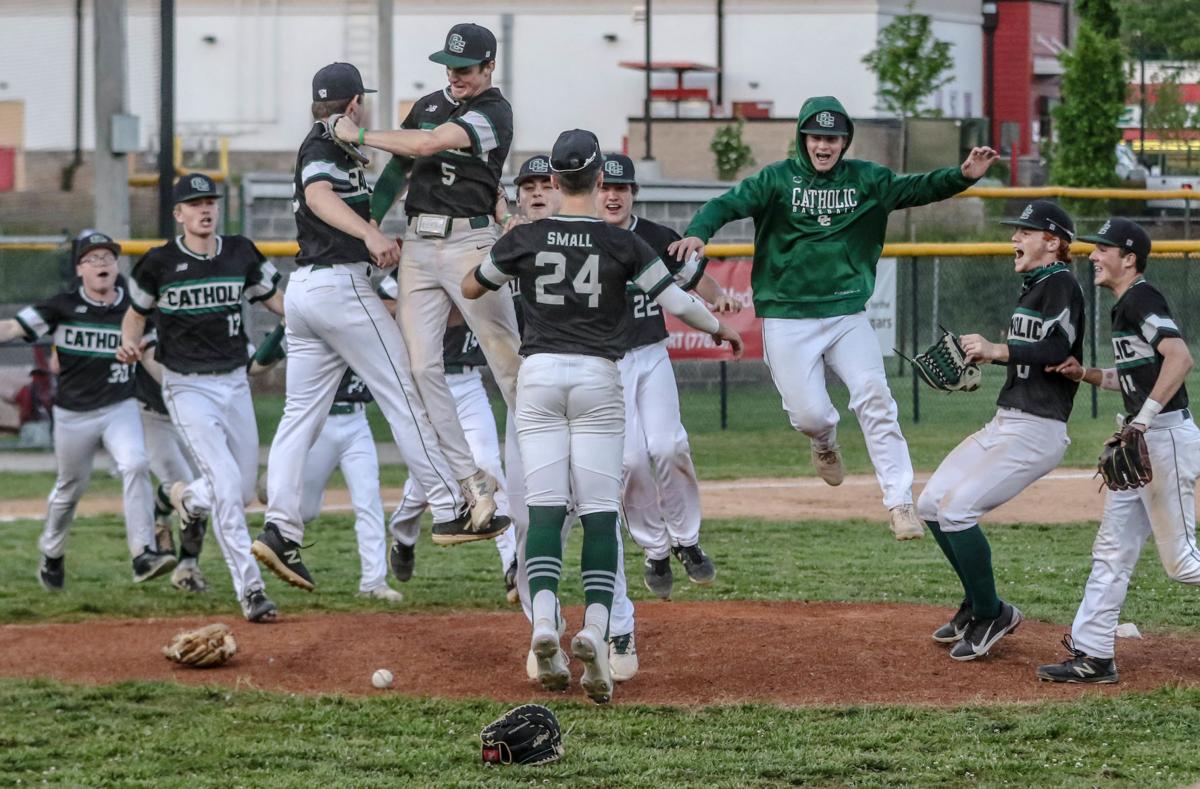 Owensboro Catholic celebrates Thursday after defeating Walton-Verona in the All ‘A’ Classic title game at Holy Cross High School in Louisville. 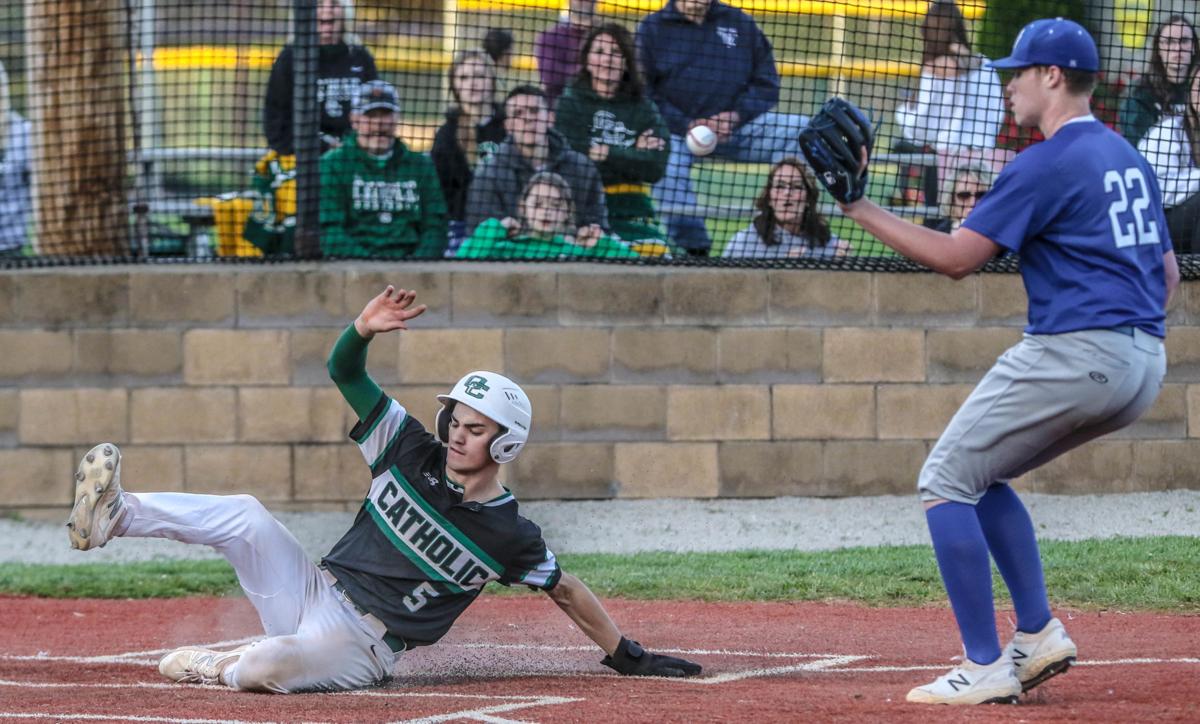 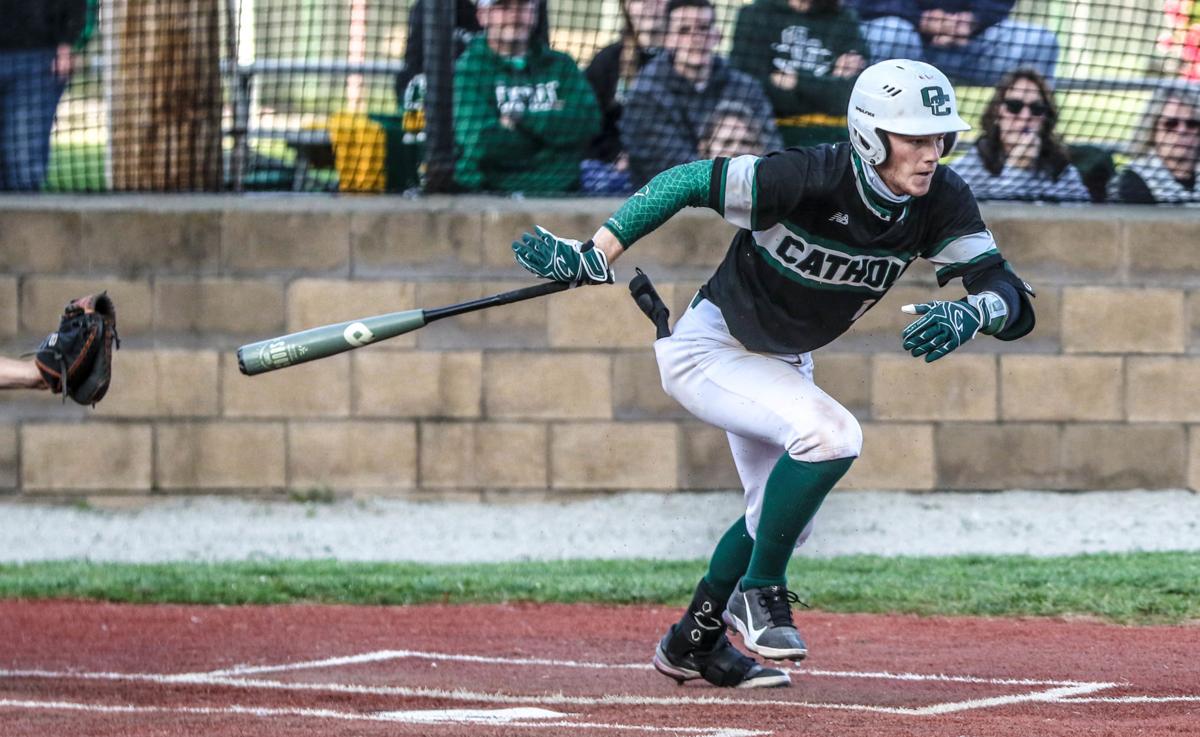 Owensboro Catholic celebrates Thursday after defeating Walton-Verona in the All ‘A’ Classic title game at Holy Cross High School in Louisville.

LOUISVILLE — Owensboro Catholic had to wait nearly three weeks, but it finally beat Walton-Verona for the All ‘A’ Classic state baseball championship.

And it didn’t take that long for the Aces to show their dominance in a 12-2 win in five innings Thursday night at Holy Cross High School.

Catholic had been waiting to play Walton-Verona since late April, when the All ‘A’ state tournament was being played at Chautauqua Park. Multiple rain delays caused the All ‘A’ schedule to be pushed back on the Sunday of the championship game. Walton-Verona didn’t want to play the championship game after having played twice on that Sunday and using up its ace pitcher, Travis Smith.

Smith was on the mound to face Catholic this time, and he likely won’t forget the experience anytime soon.

The University of Kentucky commit, who is also drawing pro baseball attention, gave up three home runs to the first four Catholic batters, and the Aces were up 4-2 after the first inning.

Walton-Verona scored two runs in the bottom of the first off a home run by Jimmy Shields, but it wouldn’t matter.

“I was thinking straight up the middle, and that’s what I did,” McFarland said of his home run. “The first at-bat and I took it out of here. Getting on them early was the important thing.”

Knocking Smith around early in the game, then having him work through pitch counts, made him less effective and got him out of the game in 3 2/3 innings. His pitch count was around 105 when he left the game after giving up three runs in the top of the fourth inning.

“Kudos to our guys jumping on him early, I thought we’d score, but I didn’t think we’d hit three home runs in the first inning,” Catholic coach Derek Hibbs said. “Even if we didn’t hit bombs, we took walks, we were selective, we swung at strikes. We didn’t swing at a ton of bad pitches, which is huge against a guy like that. He’s got a curve, change, he’s got a full arsenal, not just the fastball. We made him work.”

Munsey had a two-RBI double in the top of the third when Catholic scored two more runs.

Football is a family game for Hawkeyes' Plumb

For Aaron Rodgers, a sarcastic ‘quiet offseason’ continues as Packers’ OTAs wrap up

Luke Evans cranked a two-run home run in the top of the fifth inning to push Catholic in front 11-2. Braden Mundy hit an RBI double to get to 12-2, then Munsey finished Walton-Verona off in the bottom of the fifth for the complete-game victory.

Helping his own cause with a first-inning home run was big for Munsey.

“My teammates got the bat going, gave me a comfortable lead,” he said. “It’s a lot easier to pitch when you’re up 4-0.”

Munsey gave up just two hits and struck out six.

Catholic managed nine hits. The Aces are 20-3 and ranked No. 3 in the state.

Munsey was the All ‘A’ MVP. McFarland, Scales, Mundy and Hunter Small were on the All-Tournament team.

“It’s pretty cool to come out here and win our level of state,” McFarland said. “This is a really big accomplishment for all of us.”

WATCH NOW: The Explorers' Jared Walker on baseball and family

Toobin: Huge victory for Obamacare, but fight isn't over

Abrams says she is open to Manchin's voting rights legislation