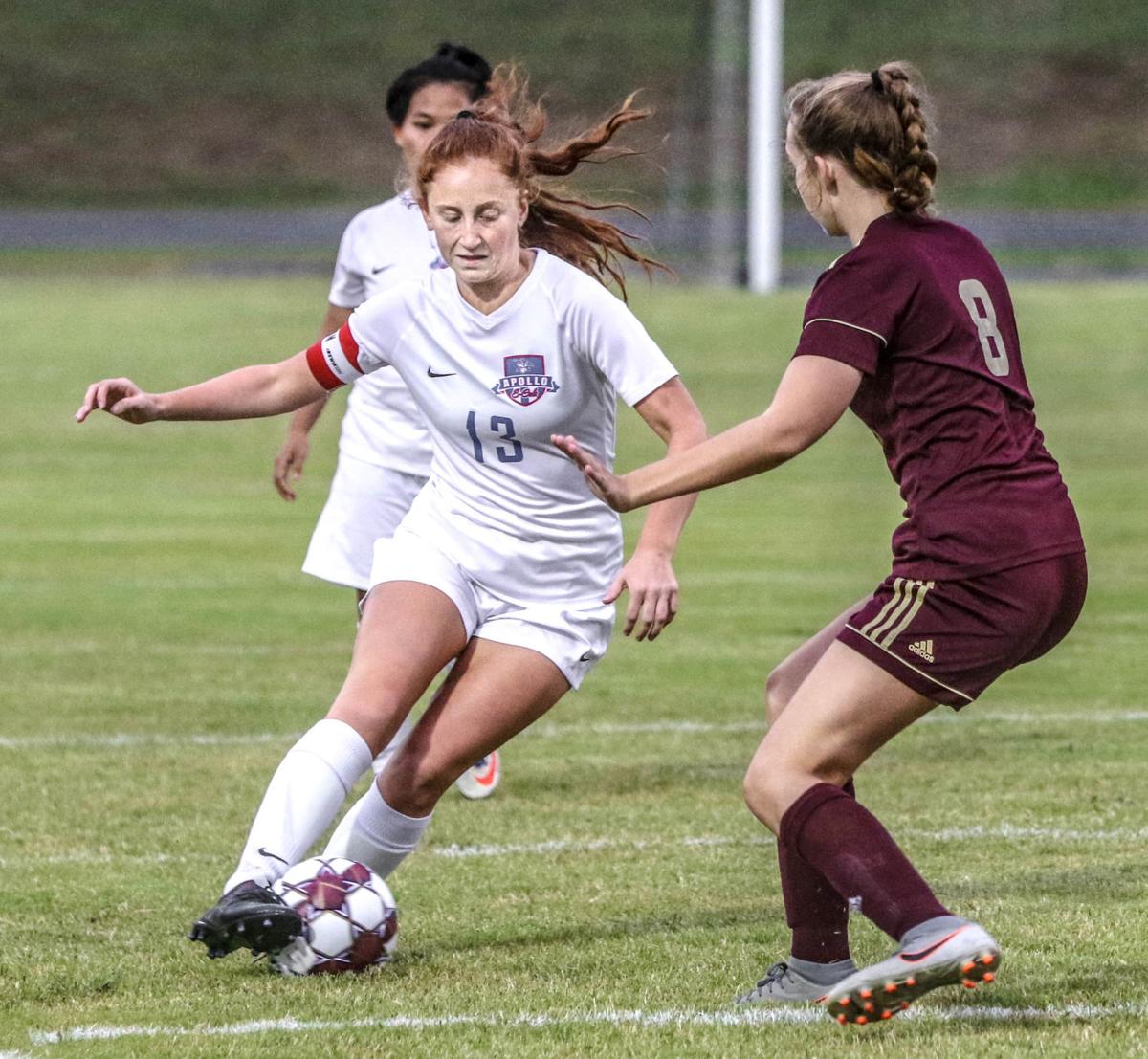 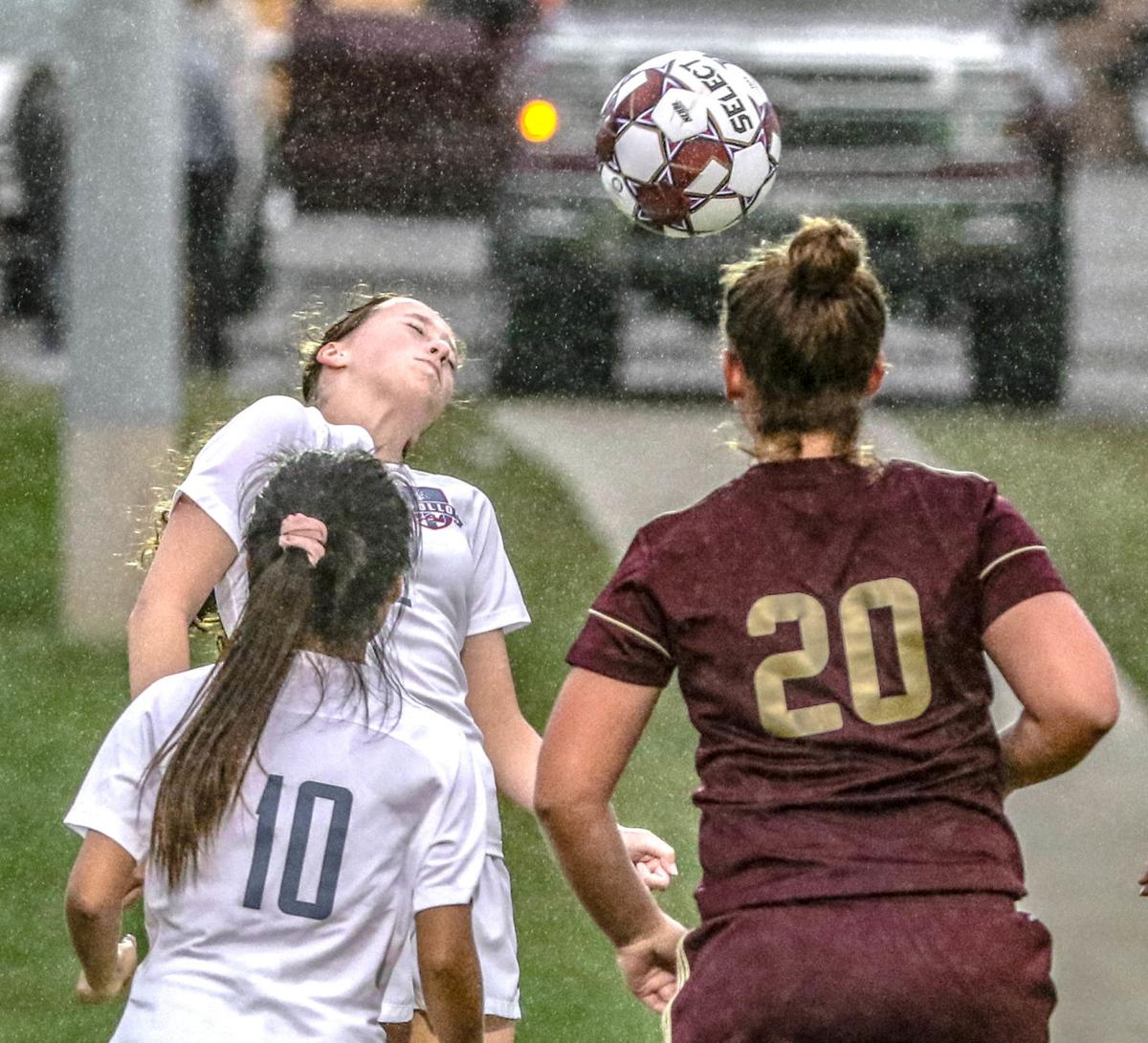 Apollo’s Kaitlynn Green heads the ball in the first half Thursday during action against McLean County.

Apollo’s Kaitlynn Green heads the ball in the first half Thursday during action against McLean County.

Blandford is a senior, who along with the rest of her team, had to come back Thursday and play a soccer match after falling 10-0 to Owensboro Catholic on Wednesday night.

It was a quick turnaround to help get over such a tough defeat.

“It was a really hard game,” Blandford said of the Catholic loss. “In this game we knew we had to come back and fight even harder to get back what we lost (Wednesday).

Blandford and the E-Gals were aggressive from the start. She scored her first goal from about 15 yards in the second minute of the game.

Blandford knocked a deflected shot in for a 2-0 lead in the 23rd minute.

“The first two goals came out of intensity and wanting to play and redeem ourselves from (Wednesday),” Blandford said.

McLean County got on the board in the first three minutes of the second half.

A few changes, but Husker football radio broadcasts will go on through pandemic

Kyndal Daugherty had a goal inside the box to cut McLean County’s deficit to 2-1.

Apollo kept the pressure on offensively, and McLean County gave up the insurance goal to Blandford in the final two minutes when the Lady Cougars didn’t get a ball cleared from its goal area.

“We knew we had to put another goal in to finish the game,” Blandford said.

The E-Gals are now 2-4 and broke a 3-game scoreless streak with the win.

“Coming off Owensboro Catholic last night, this was great,” Apollo coach David Woeste said. “This was what we needed for our season.

“We’ve been fighting pretty well, I have to admit. We have some freshmen who have come up and given us some good minutes. They have a better understanding of things, and they are starting to become more mature. We’ve been playing against some good competition, so our level of play has got to rise as that happens.”

Matthew McConaughey shares a lesson from his father

Azar asked if Trump could have done more to slow pandemic