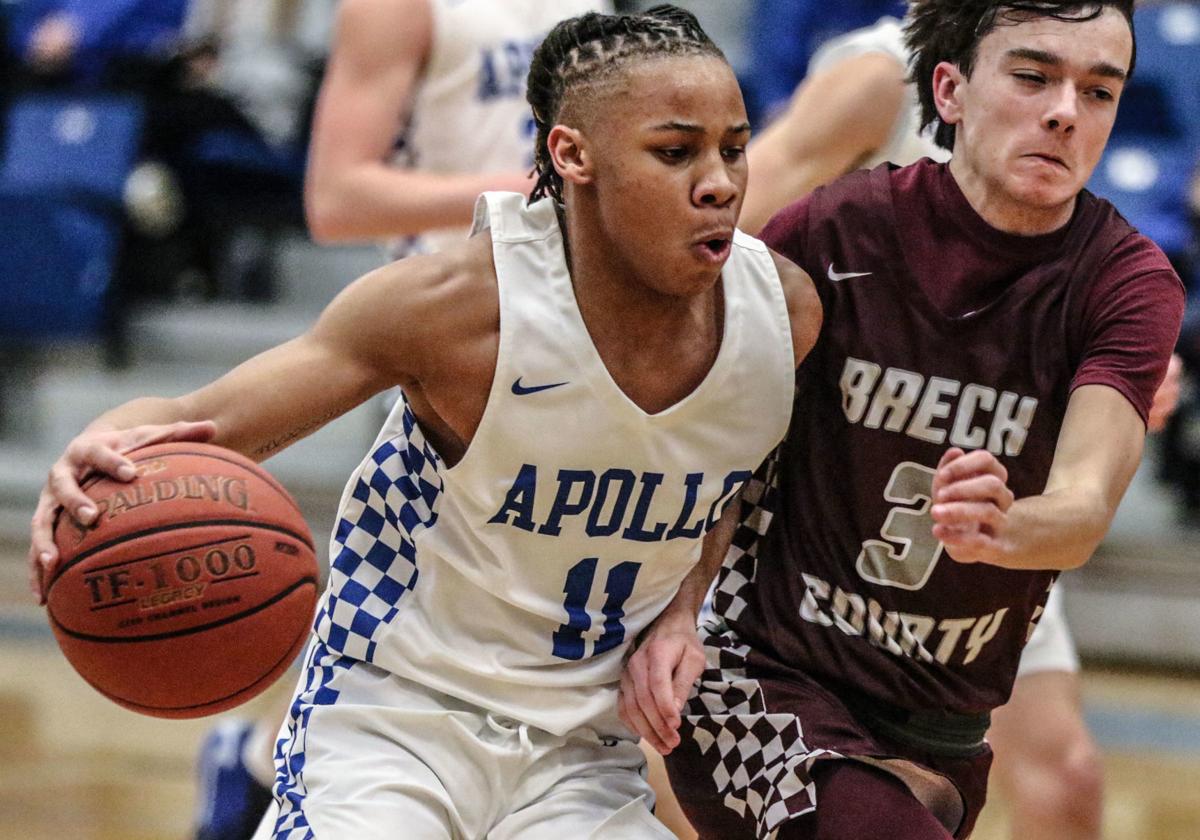 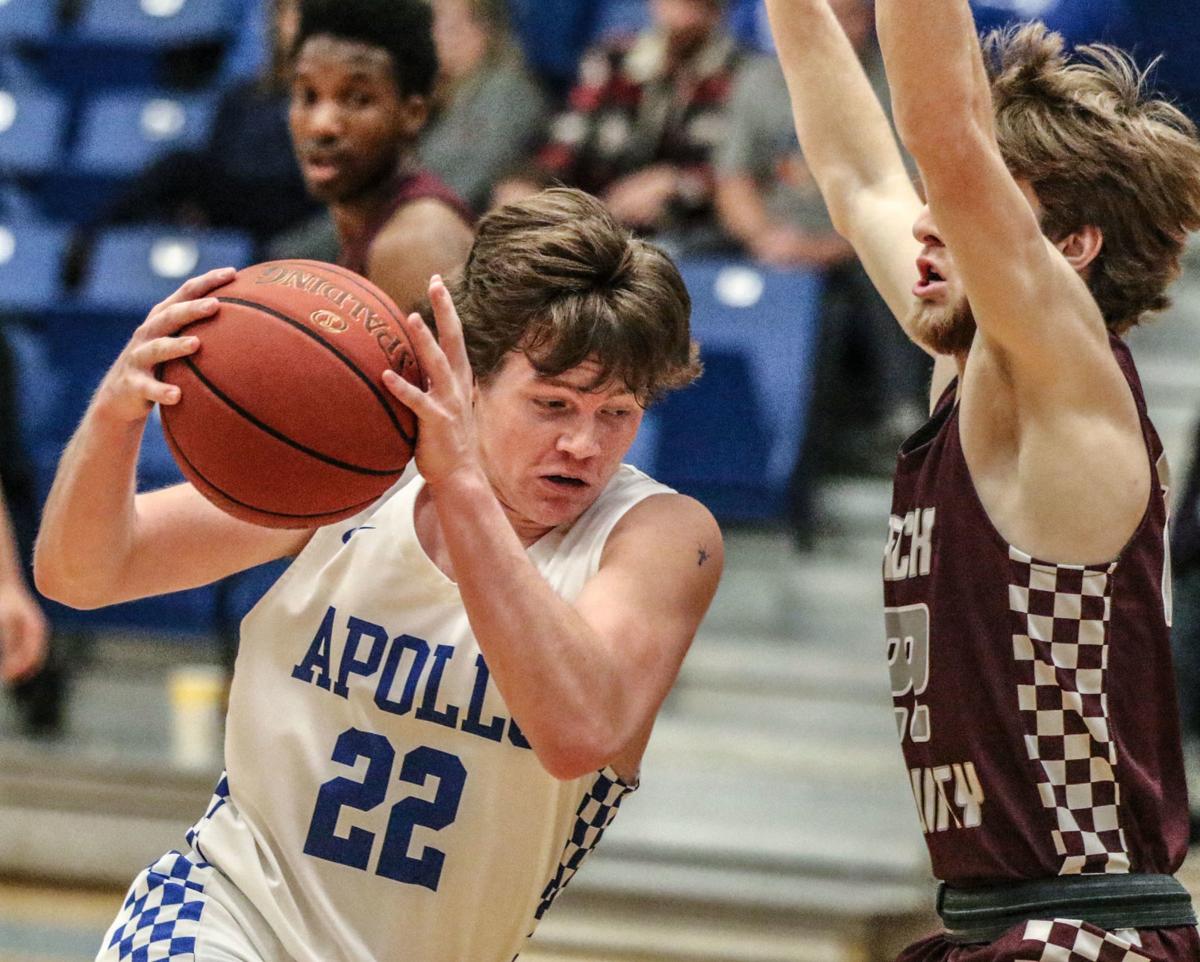 Apollo’s Landon Hamilton (22) gets to the basket around Breckinridge County’s Brock Lucas in the second quarter Tuesday at Apollo’s Eagle Arena.

Apollo’s Landon Hamilton (22) gets to the basket around Breckinridge County’s Brock Lucas in the second quarter Tuesday at Apollo’s Eagle Arena.

The fast-improving Apollo High School boys’ basketball team couldn’t quite get over the hump on Tuesday night.

“We got lucky,” said Patrick Critchelow, who posted his first victory ever at Apollo in 13 seasons as Breck County’s head coach. “I’m telling you, in the 3rd Region this season anybody can beat anybody on a given night.”

The Eagles, however, refused to fold — scoring five of the next seven points and drawing within two on Harrison Bowman’s 14-foot baseline jumper at 1:05.

Mitchell hit one of two free throws with 35.6 seconds to play to stretch the Tigers’ lead back to three, but Apollo had an open shot to tie it just before the final horn — Frantz misfiring on a top-of-the-key 3-pointer.

“These kids continue to work hard every day, and I thought we really battled in this one,” Eagles head coach Steve Barker said. “We’re competing, we’re giving ourselves a chance to win — it’s taken some time, but we’re getting there.

“We need one guy to step up and make that big-time play to sort of get us over the top in games like this — but I’m proud of the effort, and I believe our team will continue to move in the right direction the rest of the way.”

Apollo came to life in the second period, however, getting seven points from Harrison Bowman and a pair of 3-pointers from Frantz. The Eages’ 20-10 second-period run put them on top at intermission, 31-30.

The Tigers picked up the pace at both ends of the floor in the third period, with Isaac Seeger scoring seven points to help his team build a 51-45 lead heading into the final eight minutes.

Adam Fitzgerald opened the fourth quarter with a 3-pointer and Malik Wilson followed with a steal and layup to pull Apollo within 51-50, and it was a back-and-forth battle the rest of the way.

In addition to Mitchell’s production, Breck County got 13 points and 11 rebounds from Shrewsberry, 12 points from Seeger and 11 points from Morris.

Apollo is back in action at 3:30 p.m. on Saturday, hosting Evansville Central.