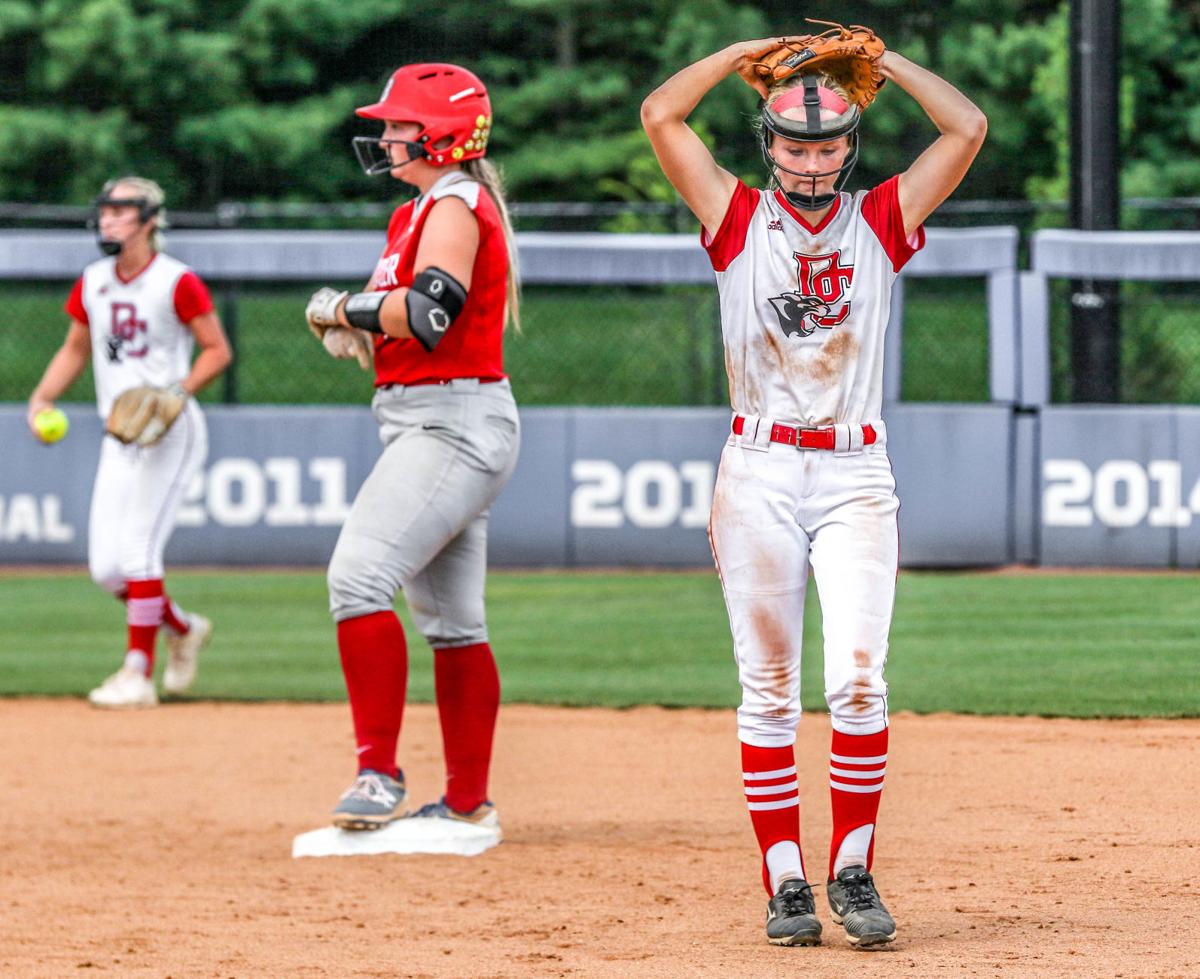 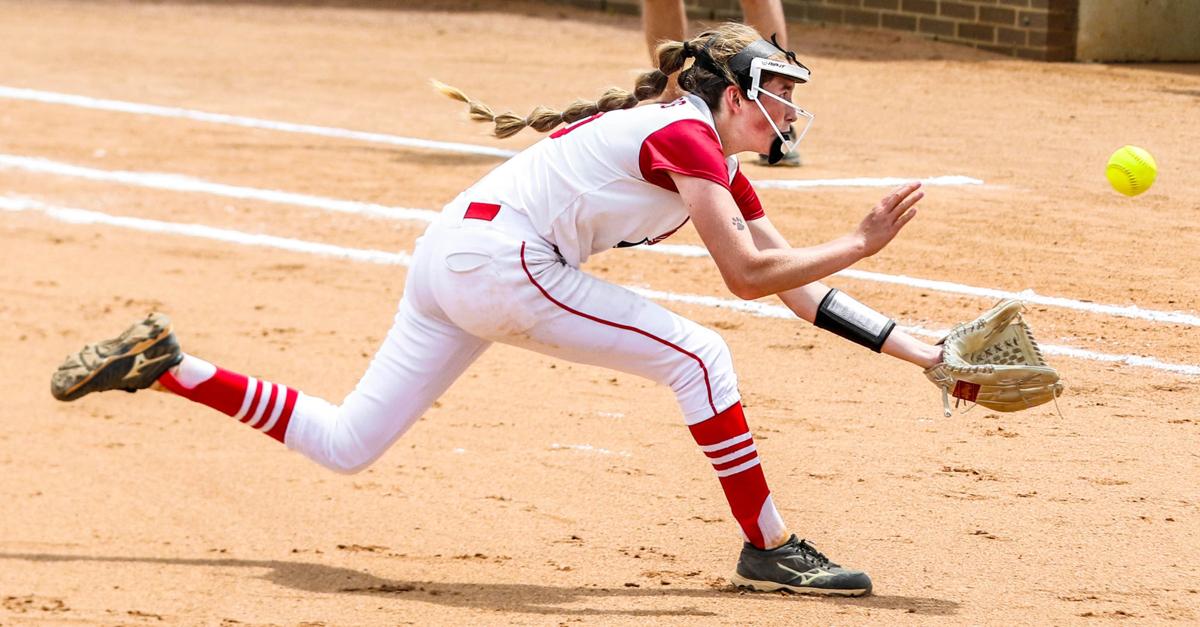 Daviess County pitcher Raylee Roby darts for a pop up and an out in the fifth inning Sunday against Louisville Butler during the championship game of the 2021 KHSAA Softball Tournament at John Cropp Stadium in Lexington. 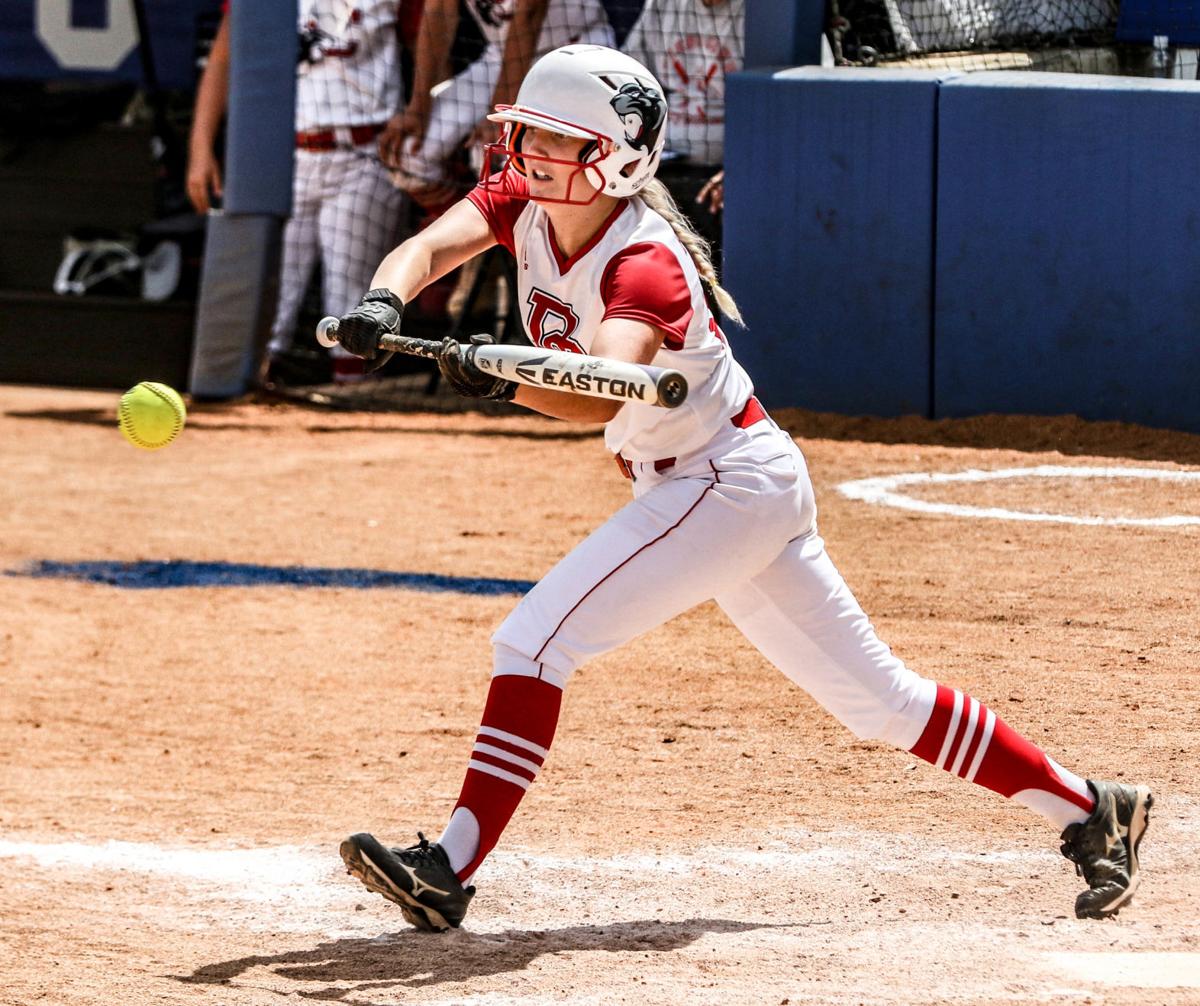 Daviess County’s Sophie Simone bats in the 4th inning Sunday against Louisville Butler during the championship game of the 2021 KHSAA Softball Tournament at John Cropp Stadium in Lexington. 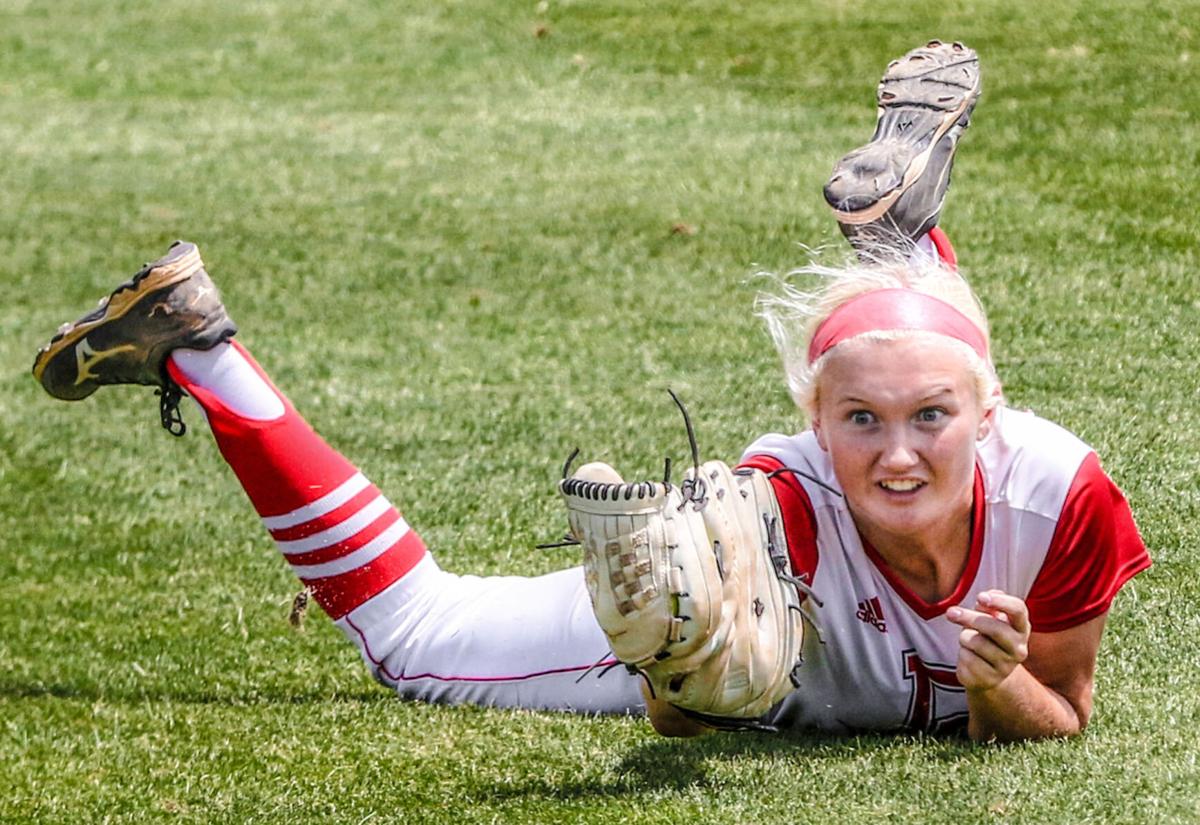 Daviess County’s Sophie Simone makes a diving catch on Sunday against Louisville Butler during the championship game of the 2021 KHSAA Softball Tournament at John Cropp Stadium in Lexington.

Daviess County pitcher Raylee Roby darts for a pop up and an out in the fifth inning Sunday against Louisville Butler during the championship game of the 2021 KHSAA Softball Tournament at John Cropp Stadium in Lexington.

Daviess County’s Sophie Simone bats in the 4th inning Sunday against Louisville Butler during the championship game of the 2021 KHSAA Softball Tournament at John Cropp Stadium in Lexington.

Daviess County’s Sophie Simone makes a diving catch on Sunday against Louisville Butler during the championship game of the 2021 KHSAA Softball Tournament at John Cropp Stadium in Lexington.

Third-ranked Louisville Butler exploded for 11 runs over the final two innings to defeat No. 9 DC, 13-2, in the KHSAA State Tournament championship game at the University of Kentucky’s John Cropp Stadium.

Butler, in winning its first state softball title, closes its season at 34-4, and Daviess County wraps up at 34-7.

“That’s probably the best-hitting team from top to bottom that we faced all season,” Lady Panthers coach John Biggs said. “We dodged some bullets in the middle innings, but they were able to break through late and pull away.

“Also, their pitcher (Maria Peguero) was really outstanding the whole way — she kept us off-balance, and we didn’t put enough balls in play (on the ground) to make them work, defensively. We battled up there, but it was just one of those days.”

Peguero and DC starter Raylee Roby battled on even terms through three scoreless innings before Butler finally got on the board in the top of the fourth — consecutive singles by Emily Williams, Peguero and Sadie Werner (RBI) providing the Bearettes a 1-0 lead.

Butler added to its lead with a run in the fifth. Addisyn McNeil doubled, Kennadi Thompson singled, and Kyndal Tinnell doubled to make it a 2-0 game.

The Lady Panthers battled back to tie it in the bottom of the sixth. Greysee Whiteker led off with a walk, advanced to second on a bunt single by Katie Mewes, and both runners scored when Sophie Simone, bunting, reached on a throwing error.

Peguero dug in after that, however, battling back to retire Abby Newman and Hattie Newman to quell the uprising,

“We had some momentum, and it would have been good if we could have taken the lead,” Biggs said, “but it just didn’t work out for us there.”

Instead, Butler’s booming bats came to life in a big way, thereafter.

In the sixth, the Bearettes got an RBI single from McNeill before Tinnell, whose throwing error had let in two runs the previous inning, crushed a grand slam over the left-centerfield wall to turn a one-run lead into a five run lead for the 6th District champions.

It was more of the same in the seventh, as Butler scored six times to break the game wide open. The Bearettes had six hits, including a two-run double from Williams and a run-scoring single from Alysa Malone. DC also committed two errors in the frame.

Tinnell, a third baseman who has signed with Florida International University, was named the state tournament’s Most Valuable Player. She went 3-for-6 with six RBIs against DC and finished the three-game event 11-for-15 (.736) with three home runs and 15 RBIs.

Butler finished the game with 17 hits, including three from Tinnell and McNeill (3 runs), and two each from Thompson, Williams (2 RBIs), Werner and Malone.

“Would you have ever thought that going into a state tournament final — 17 hits?,” Butler coach Brittany Braun said. “That’s unbelievable. They work. They go to hitting lessons. But we do a lot of hitting at practice. I bet 60% of our practice is hitting every day.”

Braun became just the second female coach in Kentucky to win a fast-pitch state title. Penny Reece did it three times at Greenwood (2007, 2008, 2013).

“I never thought I would get here, and it’s an amazing feeling,” said Braun, Butler’s coach the past 16 seasons. “How many people get to accomplish this? That’s what I told them: ‘You’ll remember this the rest of your life.’ ”

Peguero went the distance in the circle for the Bearettes, allowing two unearned runs, surrendering only four hits, striking out six and walking only one.

Video shows dramatic rescue of baby trapped under a car

Hear doctor's emotional plea for people to get vaccinated