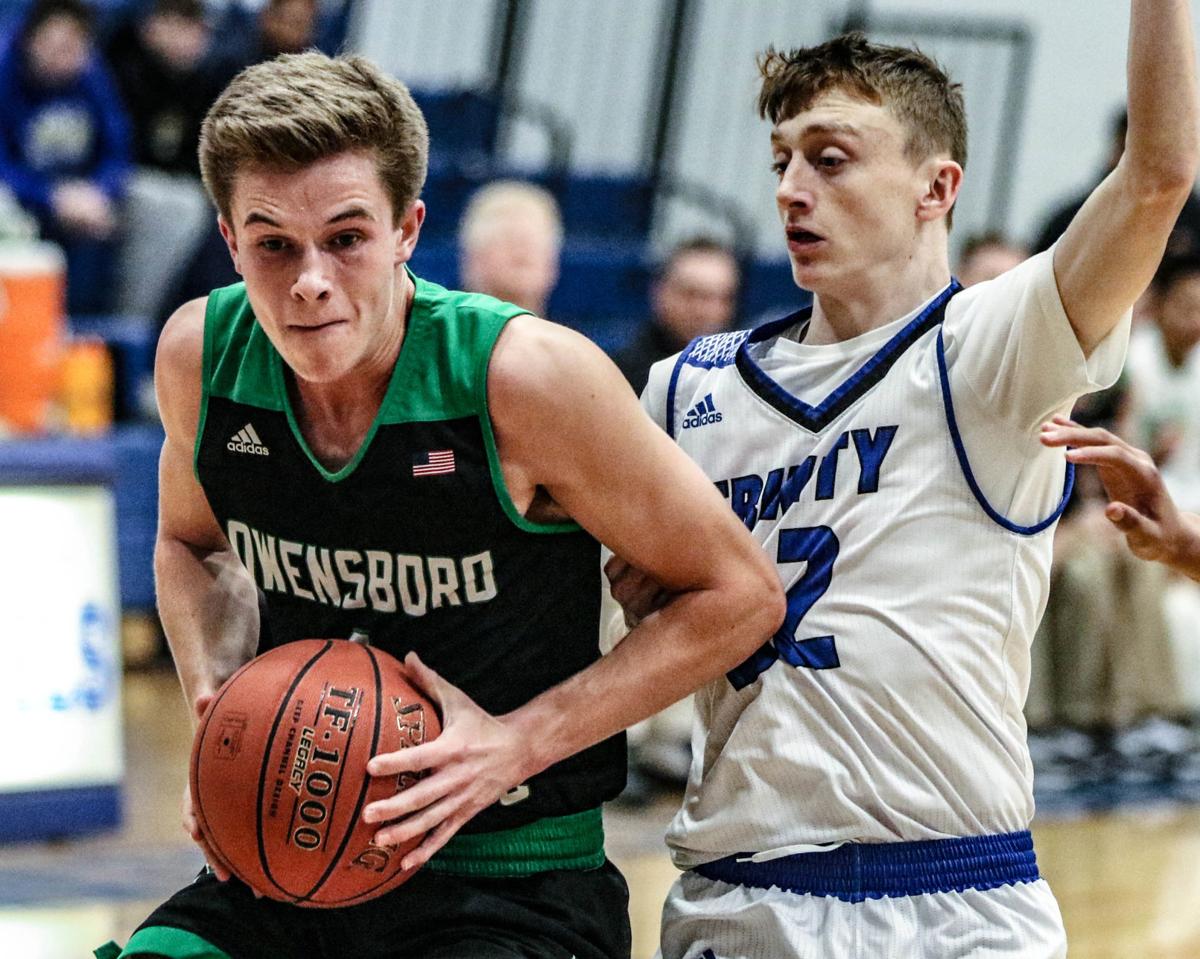 Owensboro Catholic’s Andrew Riney looks to shoot while being defended by Whitesville Trinity’s Will Edge in the first quarter Tuesday at the Horn Community Center in Whitesville. 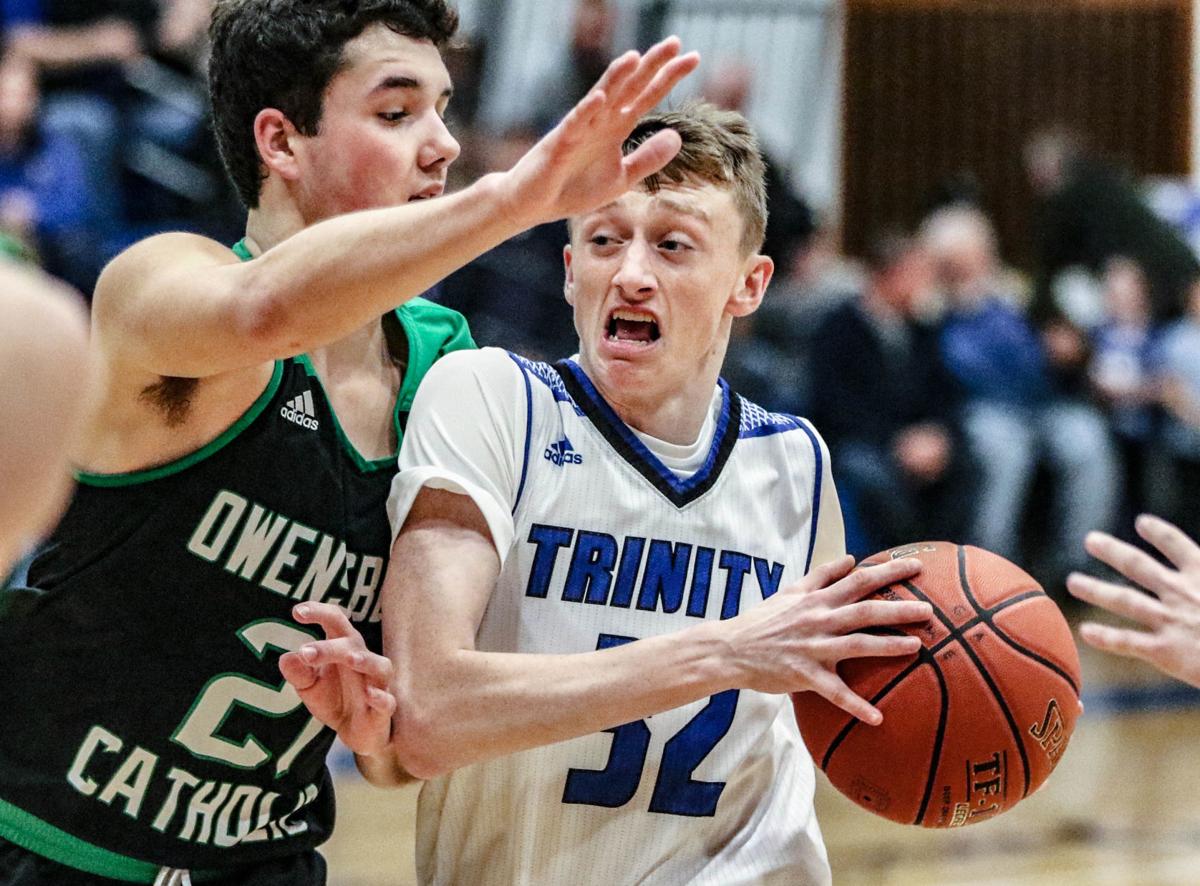 Whitesville Trinity’s Will Edge gets around Owensboro Catholic’s Luke Scales during the second quarter Tuesday at the Horn Community Center in Whitesville.

Owensboro Catholic’s Andrew Riney looks to shoot while being defended by Whitesville Trinity’s Will Edge in the first quarter Tuesday at the Horn Community Center in Whitesville.

Whitesville Trinity’s Will Edge gets around Owensboro Catholic’s Luke Scales during the second quarter Tuesday at the Horn Community Center in Whitesville.

Owensboro Catholic had abundant balance offensively and plenty of respect for Whitesville Trinity at the Horn Community Center.

The Aces dropped Trinity, 70-48, on Tuesday night. Catholic needed overtime to survive Trinity, 79-69, in the championship game of the 3rd Region All “A” Classic at Edmonson County on Jan. 7.

“What happened the last time, that game meant so much more to them, that was their big game to get to All “A” state,” Catholic coach Tim Riley said. “We played the game with more respect for them than the last time, we didn’t respect our opponent like we should have.”

The Aces held a 37-21 lead at the half, but Trinity tried to get things going with an 8-0 run to start the third quarter and cut Catholic’s lead to 37-29.

Catholic began putting more traps on Trinity defensively, and scored seven straight to go back in front 44-29. Catholic put more distance between itself and Trinity in the fourth quarter.

Ji Webb was a force all over the floor for the Aces, scoring 18 points and pulling down 11 rebounds for a double-double.

“Ji when he gets a shot it’s most likely going in,” Riley said. “He’s so effective with the ball, he made a couple of nice passes. He rebounds for us, he’s a presence around the basket, he can handle it, he can score.”

Andrew Riney was close to a double-double as well with 10 points and nine assists.

Luke Scales made five 3-pointers on the way to 15 points. Drew Hartz had 13 points.

“We had a lot of balance,” Riley said. “We were moving the ball. Andrew had five assists at the half.”

Brian Griffith is still out with an injury that he suffered when Catholic beat Trinity in the All “A” regional championship game.

Riley didn’t know if the sophomore point guard would be ready to go when Catholic meets Apollo in a 9th District matchup, but Catholic wanted to try and have Griffith ready, so it held him out against Trinity.