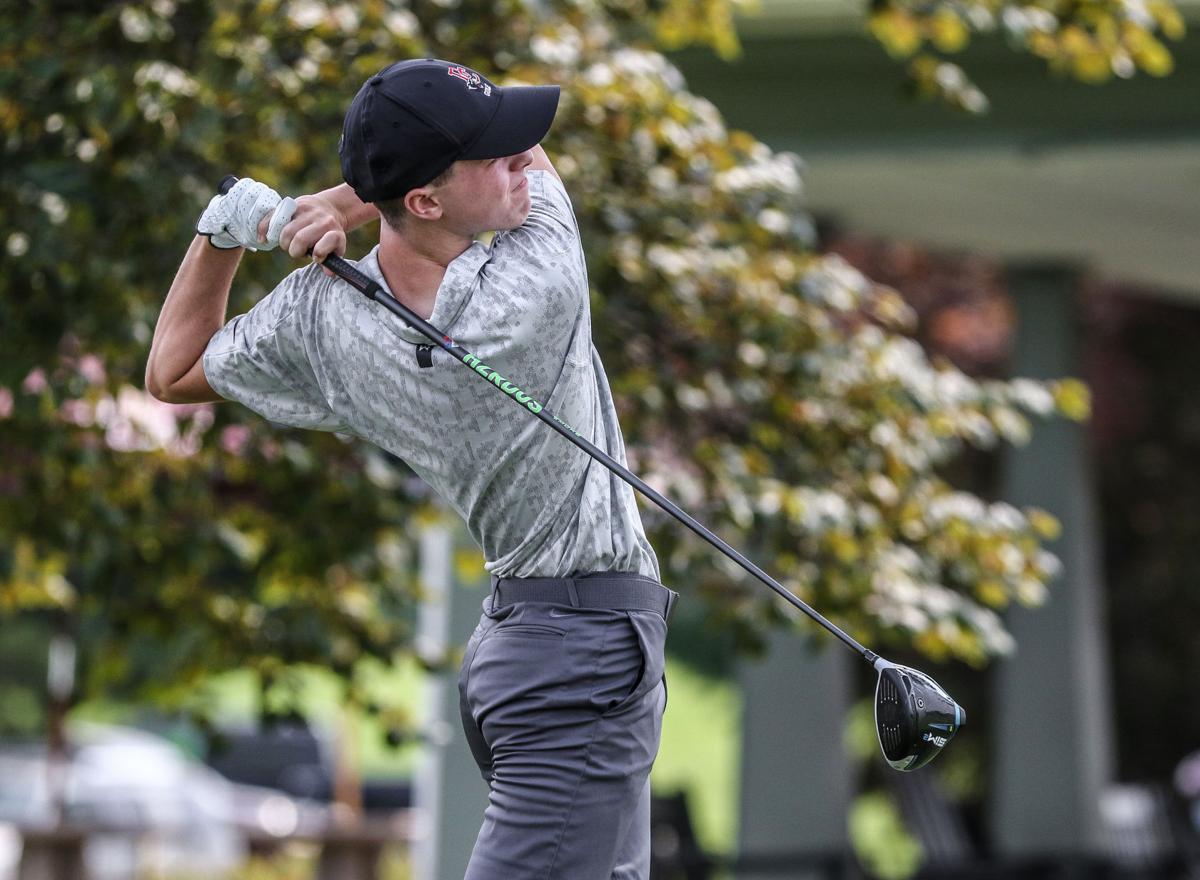 Photo by Greg Eans, Messenger-Inquirer | geans@messenger-inquirer.comDaviess County’s Grant Broughton tees off on the No. 1 hole on Friday during the Daviess County Invitational Tournament at Ben Hawes Golf Course. 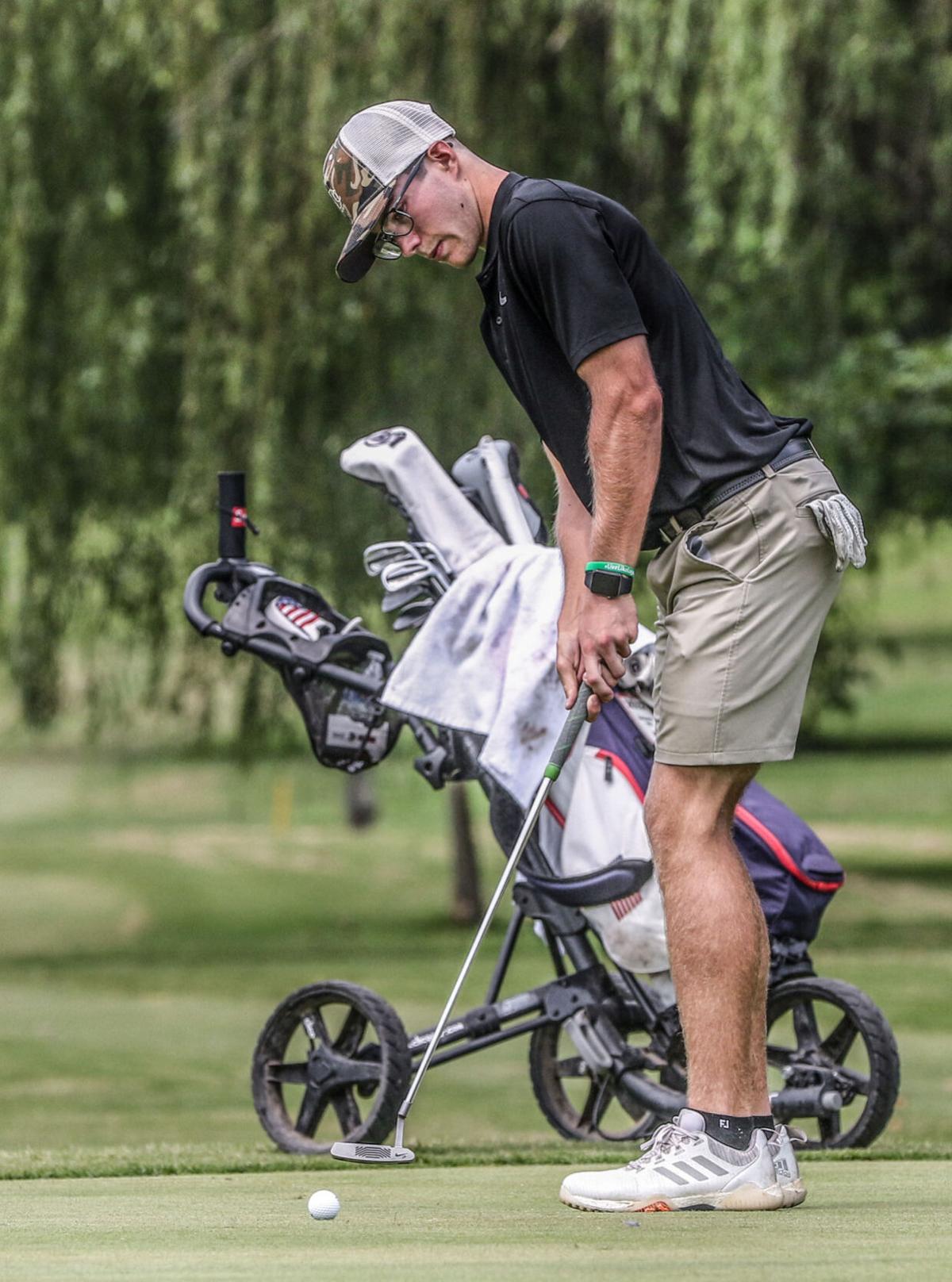 Owensboro Catholic’s Jakob Wellman putts on the No. 4 green on Friday during the Daviess County Invitational Tournament at Ben Hawes Golf Course.

Photo by Greg Eans, Messenger-Inquirer | geans@messenger-inquirer.comDaviess County’s Grant Broughton tees off on the No. 1 hole on Friday during the Daviess County Invitational Tournament at Ben Hawes Golf Course.

Owensboro Catholic’s Jakob Wellman putts on the No. 4 green on Friday during the Daviess County Invitational Tournament at Ben Hawes Golf Course.

The 2021 KHSAA boys golf season got underway in stirring fashion on Friday afternoon.

“It’s a good way for us to start the season,” Daviess County coach Lars King said. “Some of our guys started out rough but were able to hold it together, and Grant was out there in position to win the golf tournament.

“We just need to stay together as a team and continue to finish strong. If we continue to play for each other and put the team first, good things are going to happen for us.”

Individually, Hill and Wellman — both battle-tested seniors — finished at 1-under par 70, before Hill birdied the first playoff hole (No. 1) to secure the victory.

Wellman, too, was pleased with his performance.

“It was a good day,” Wellman said. “I’m fine with getting beat in a playoff when I didn’t give it away — sometimes those things go your way, sometimes they don’t.

“I made some good putts coming in to be able to get into the playoff — I’m really looking forward to rest of the season.”

Broughton, meanwhile, was 2-under through 10 holes.

Teammates rally around struggling Husker kicker Connor Culp: 'We bring each other up'

After COVID-19 bout, Packers assistant Jerry Montgomery ‘thankful to be back’

Owensboro got a strong performance from Will Hume (76) and finished at 357.

McLean County got an outstanding performance from Harrison Sallee, who shot a 74.

Apollo was represented by Trevor Cecil (92) and, among players competing unattached to a team, Jax Malone had the top score with a 78.

Here's what we know in the search for Brian Laundrie

Legal analyst on how Jan. 6 committee subpoenas could play out

At least 1 dead and 14 injured in Tennessee shooting