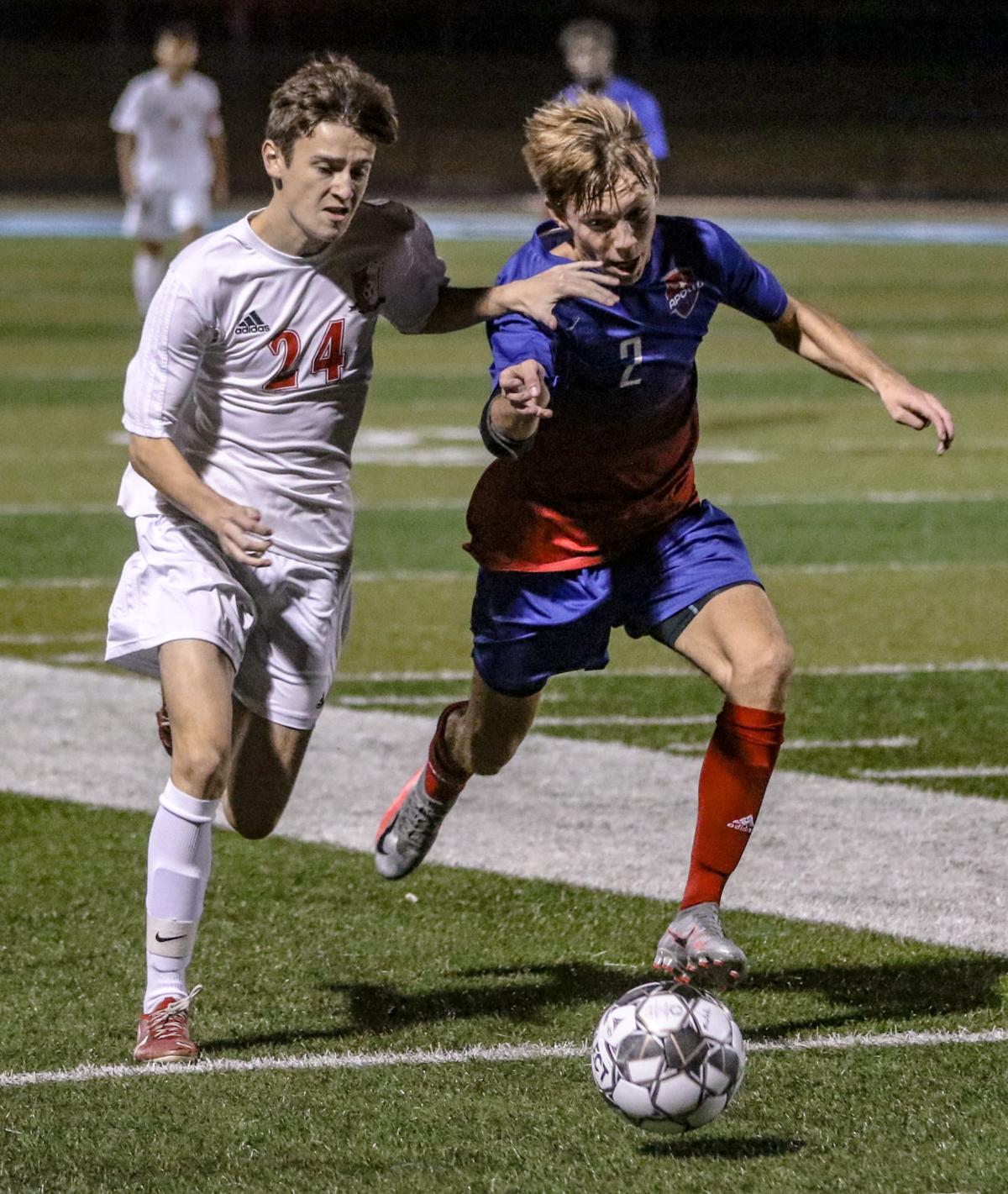 Daviess County’s Sean Higgs (24) and Apollo’s Houston Collins get after the ball during the first half of the Boys’ 3rd Region Soccer Tournament championship game Wednesday at Muhlenberg County High School. 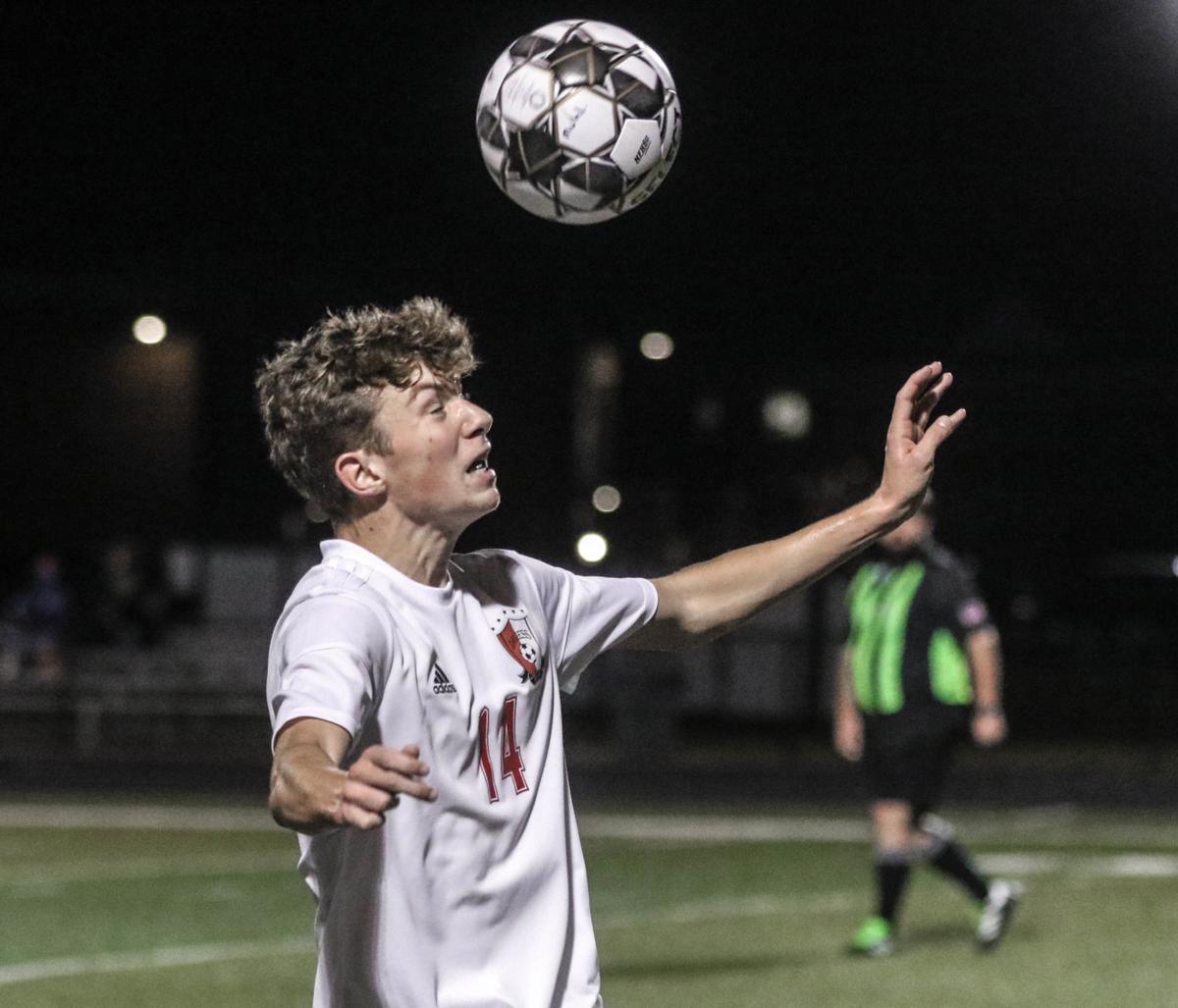 Daviess County’s Sean Higgs (24) and Apollo’s Houston Collins get after the ball during the first half of the Boys’ 3rd Region Soccer Tournament championship game Wednesday at Muhlenberg County High School.

GREENVILLE — It took some time through the first 20 minutes, but once Daviess County found its offensive footing, it was on its way to a seventh straight 3rd Region boys’ soccer championship.

Hayden Glover scored two goals for the Panthers, who went to 13-2-2 on the season.

“It’s amazing,” Glover said of the regional crown in his senior season. “Every one is special.”

Daviess County got on the board in the 28th minute.

Glover got free past the Apollo defense in the 39th minute and got the second goal for the Panthers.

Eli Watkins had a stylish goal in the 47th minute when he won possession in the Apollo box, then he chipped in a shot over an Apollo defender that sailed to the back corner of the net for a 3-0 lead.

Apollo’s Teranse Twihenya got a DC defender off him, then he fired and scored from 15 yards out to cut the Panthers’ lead to 3-1 in the 62nd minute.

Glover’s second goal came in the 76th minute on a slow roller close in. Tanner Andersen scored the final goal, again from inside 15 yards with three minutes left.

DC coach Doug Sandifer thought his team needed to fight through some nerves in the opening 20 minutes.

“A region final is a region final,” Sandifer said. “Even the experienced senior is going to be a little tight, a little nervous, until they get settled in. We were tentative early, we weren’t going at them.

“After that first goal, we put a lot of pressure on their goal, we were probably a little frustrated we didn’t get a couple more in.”

Although the Panthers have been dominant in the region for quite some time, Sandifer wants each team to appreciate the chance to play for a regional championship.

“They know each one is a different team and a different group,” Sandifer said. “Every year is a different makeup of players, you can’t assume anything, it may be the only time you get to play for one.”

Apollo finished a fine season at 10-6.

“We were much improved from the first two times we played them,” Apollo coach Ryan Poirier said. “We played them tough, played them hard the whole game.

Two-Minute Drill: The Huskers' QB plans this weekend and preparing for a Diaco defense

Review: The Ghost is more modest and simple, but it's still a Rolls-Royce

My Drive with Kizz Daniel

Two-Minute Drill: The Huskers' QB plans this weekend and preparing for a Diaco defense