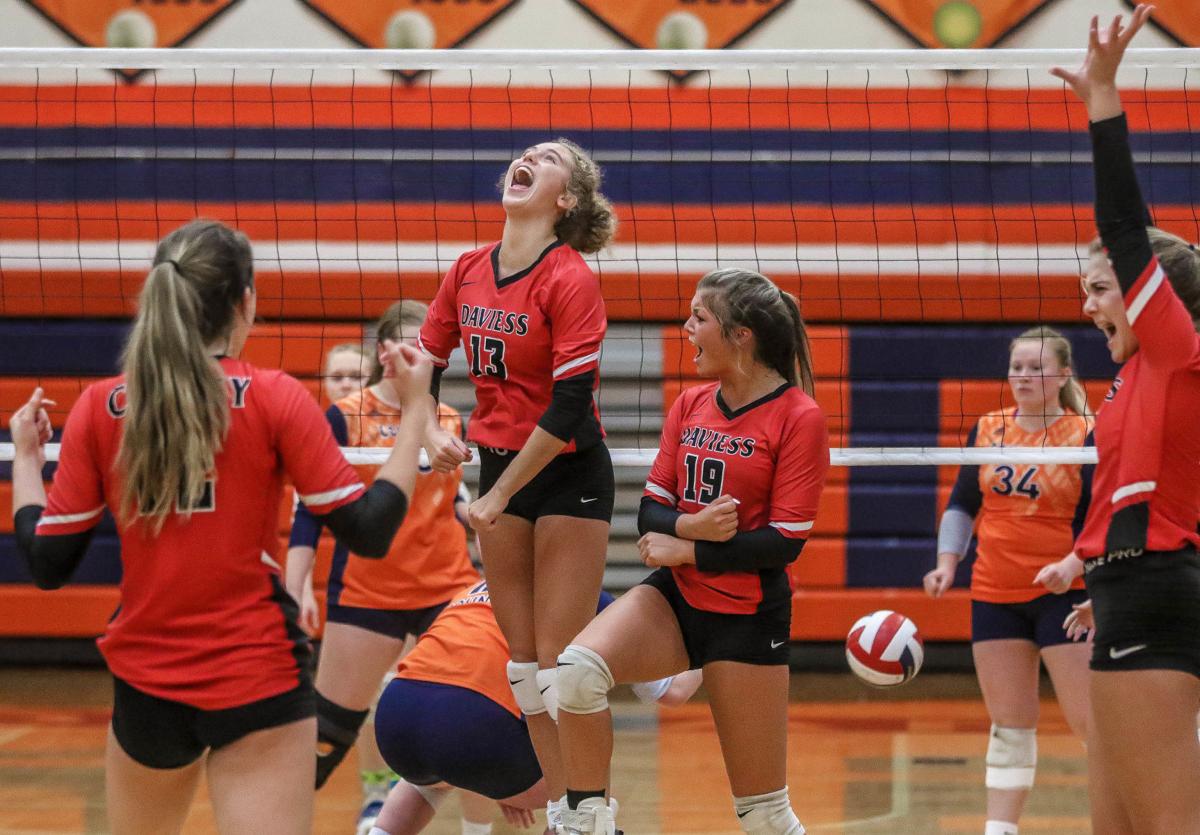 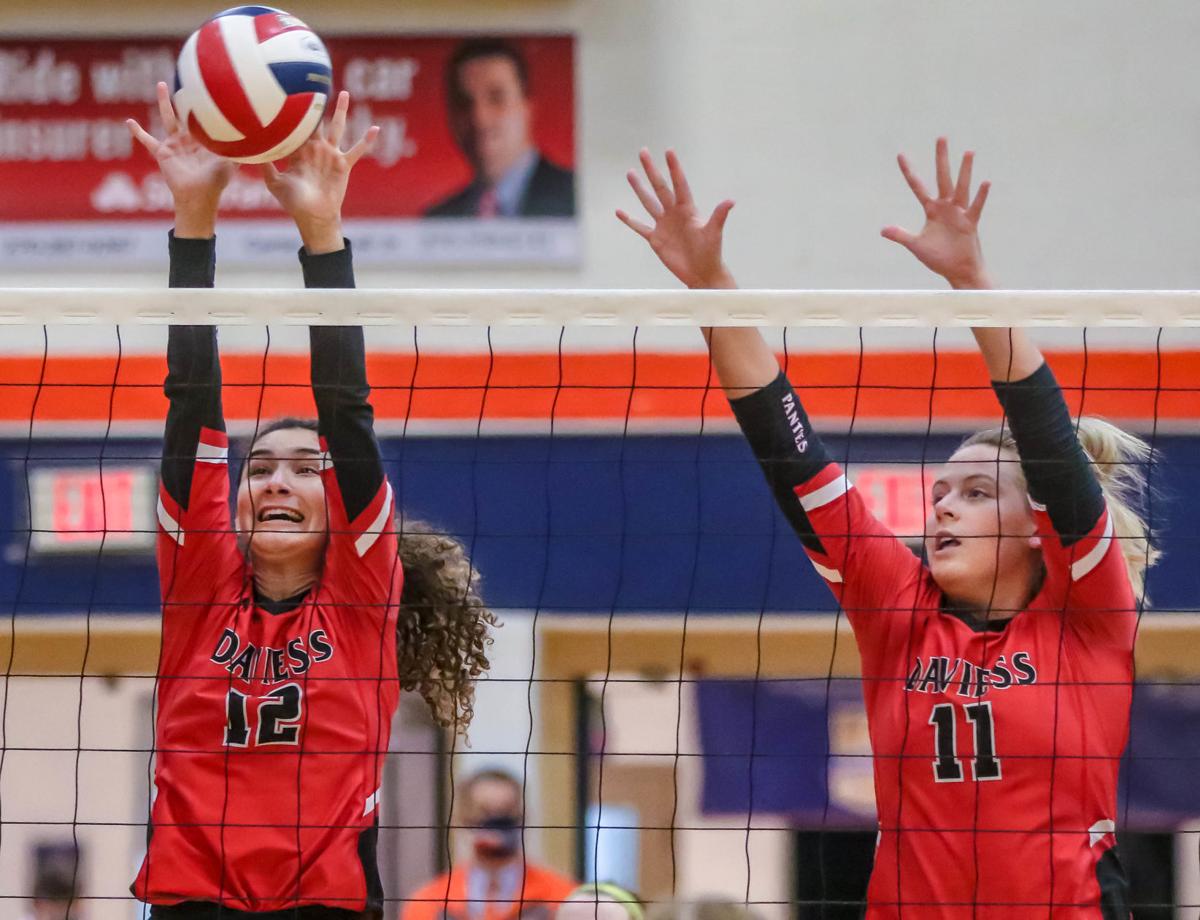 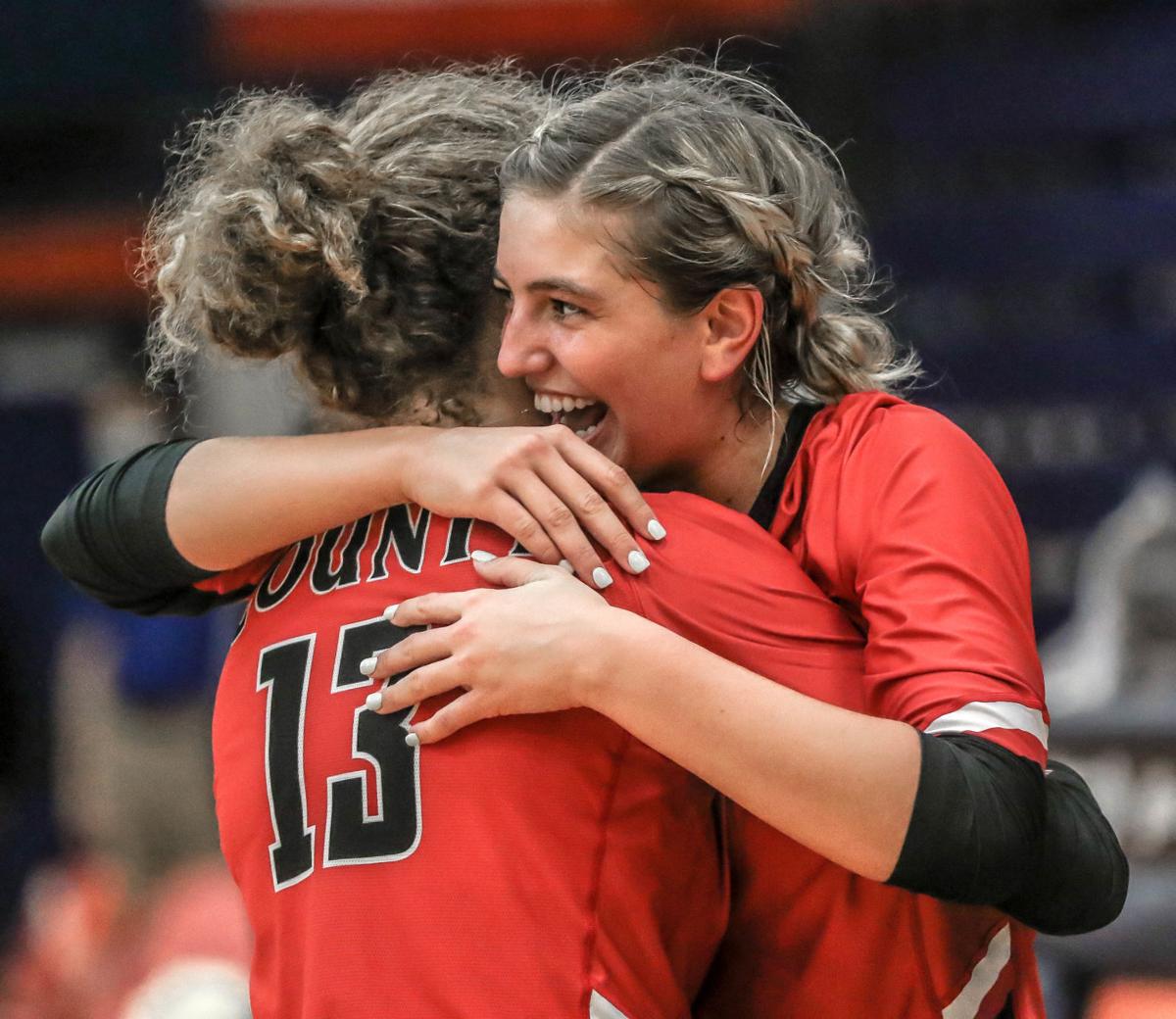 LEITCHFIELD — Daviess County left no doubt as to who was the best volleyball team in the 3rd Region this season.

The Lady Panthers had their second straight dominating performance on the way to their first 3rd Region volleyball championship.

The Lady Panthers dropped Breckinridge County in straight sets in the semifinals on Wednesday.

“Since we played Breck yesterday, we’d never had that mindset before, it was just insane,” said Josie Newcom, a sophomore hitter for DC. “We just went out there, had the same mindset we had against Breck, go out there and kick it and never giving up.”

DC had to hold Grayson County off some in the second set, but the Lady Panthers (14-3) were never really threatened.

They didn’t drop a set in three matches in the regional tournament.

Daviess County now will face top-rated Assumption in the first round of the KHSAA State Volleyball Tournament on Monday in Louisville.

Winning region was a long-stated goal for this senior group, most of which have played together since sixth grade.

“It was always in hindsight,” DC coach Tyla Bailey said of the goal to win region. “Nothing is promised in postseason, we were just happy to win (9th) district, and once we got here we knew we had what it took to prove that we’re the best in the region.

“They know when to pull together, they just click at the right time, that can’t be taught. They’ve played together for six years, the chemistry just comes along with it.”

Ryann Keller is one of those seniors who has been a leader on this team.

“I sat the bench in eighth grade when those seniors won district for the first time,” Keller said. “To think we’re in those shoes now, it’s just insane.”

Game On: Storylines, players and matchups to watch (plus a prediction) for Huskers vs. Illinois

Live coverage: George Holani, Nick Crabtree among those out for Boise State

The other seniors were Kendal Goetz, Jasmine Beasley, Kloee Phelps and Elizabeth Moore.

This group has formed a bond that has helped mold the entire team.

“It’s beyond words, we’re just family out there, this is the closest I’ve ever been with a team,” Newcom said. “I look up to every single one of those seniors, it’s a big support system with them.”

Moore said because the older players have been teammates for so long, they know how to make each other better on the floor.

“We’re all super close,” Moore said. “Without the connection I don’t think we’d play as well as we do. Just knowing our setters, us just knowing each other just helps. I’ve played with those girls since sixth grade, we all just work.”

Phelps is the undisputed vocal leader on the team.

“Volleyball is a game of communication, someone has to be that leader,” Phelps said. “I’m not shy, it really just comes natural to me, I’m the person who gets it going.”

Daviess County played its best two matches of the season at the exact right time.

When we’re not playing our game we go in a big hole and goes down south,” Phelps said. “When we made it to region, that kind of shocked everyone, we said we have nothing to lose, we gave it our all.”

PayPal CEO: Our move into cryptocurrencies is to bolster utility