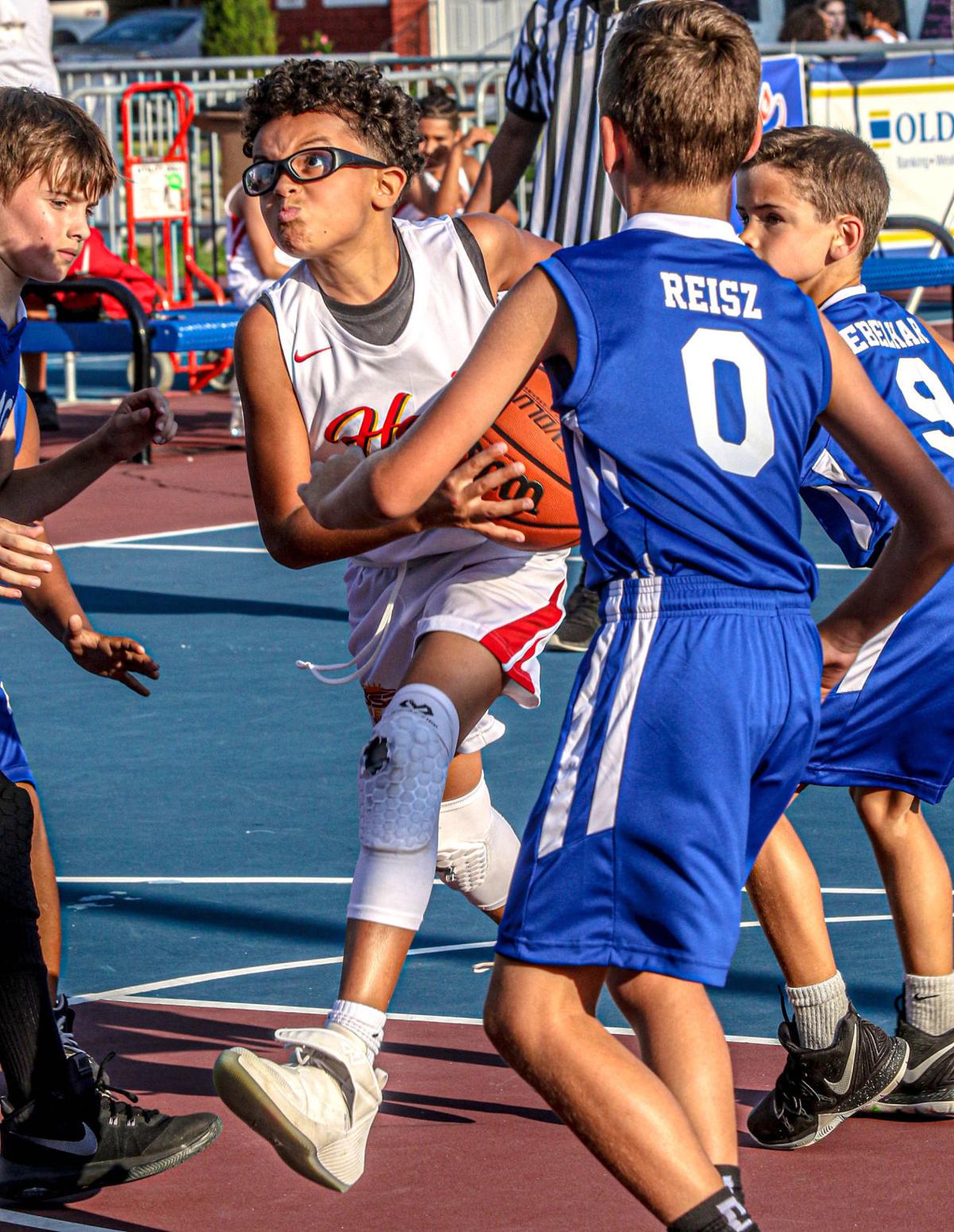 DSP Heat’s Michael Acton gets to the basket between Kentucky Savage’s Zander Reisz (0) and Noah Grant, left, during the Boys 3rd-4th Grade Championship of the Dust Bowl on July 26, 2019, at Kendall-Perkins Park. 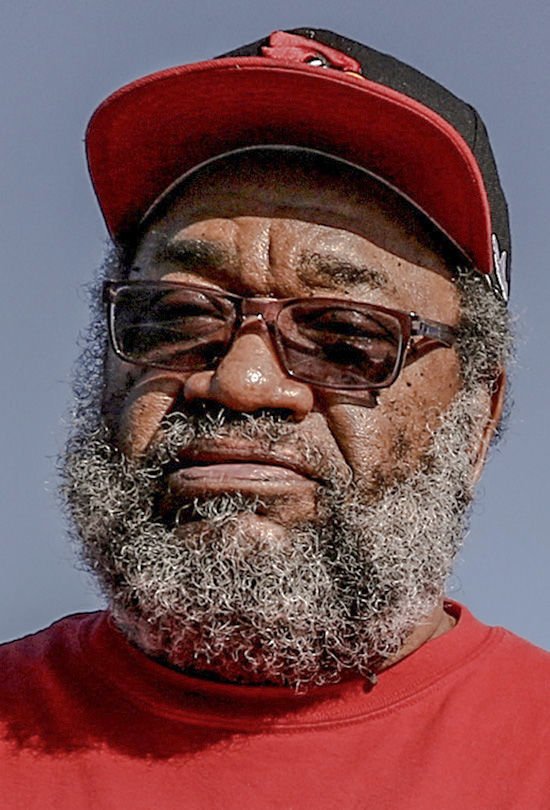 For the first time since Richard M. Nixon was president of the United States, the iconic Dust Bowl outdoor basketball tournament — held annually since 1974 at Owensboro’s Kendall-Perkins Park — will not be played.

On Wednesday morning, it was announced that the 2020 Dust Bowl, scheduled to be played July 17-25, has been canceled — merely the latest in a long line of sports-related events that have fallen victim to the COVID-19 pandemic.

Touted at the “best basketball in the Tri-State Area” for decades, the Dust Bowl has evolved into a popular, diverse summer staple that over the course of time has garnered iconic status — annually bringing together all cultures and ethnicities within the city over a nine-day period.

But not this year.

According to the Dust Bowl committee, the cancellation was made based on July 1 restrictions per the national state emergency and local executive orders that have been in place regarding social distancing and the banning of all mass gatherings.

The committee went on to state that “in accordance with the principals of our Mission and Vision Statement we find that the safety, healthy lifestyles, and wellness of our board, committee members, volunteers, spectators and supporters remain our top priority during this unprecedented time.

“Be safe! Take care of yourself and each other! We will all get through this together!”

Othello Millan, who began playing in the event in 1974, has been part of the Dust Bowl as official scorekeeper, treasurer and committee member for decades.

“It’s unfortunate we’re not going to be able to hold the Dust Bowl this year because of this virus,” Millan said. “I know people really look forward to the event every year, and our plans are to start right back next year. Hopefully, we’ll have a vaccine in place by then.

“The Dust Bowl means a lot of things to a lot of people, and it’s meant so much to me because of the diversity in the crowds — that’s been special since the beginning. I also love watching the younger players progress through years as they get older, stronger and improve their skills.

“It’s just a fun event that everyone seems to enjoy.”

Owensboro High School boys’ basketball coach Rod Drake played in the Dust Bowl for many years and is now a loyal annual spectator.

“It’s understandable that the event has been canceled considering the circumstances,” Drake said, “but it’s a devastating blow for the community. It’s become a very important event through the years — people schedule their vacations around it.

“Traditionally, for players it’s the measuring stick of how much you’ve progressed since the previous season, and it’s an event that has always jump-started the season to come.

“Beyond this, from the standpoint of diversity and togetherness, the Dust Bowl has been an event that has showcased how the world we live in should be all the time, and another example of how sports has historically brought people together.”

All teams entered will receive a full refund as soon as possible, the committee said.

The event, featuring 14 male and female divisions from 3rd-4th Grade to Open, became a reality after the late Jerry Davenport — a former OHS basketball star — noticed the success of other outdoor basketball tournaments in the region, including the famed Dirt Bowl in Louisville.

Through the years, the Dust Bowl has featured a who’s who of amateur and professional talent emanating from both sides of the Ohio River and well beyond.

Another storm system brewing for western US

Blustery conditions in the forecast for Northeast

NYC mayor: We're going to run out of vaccines in a matter of days

Vaccinations for some first responders to stop due to low supply

Dr. Fauci vows to be 'completely transparent' on Covid-19