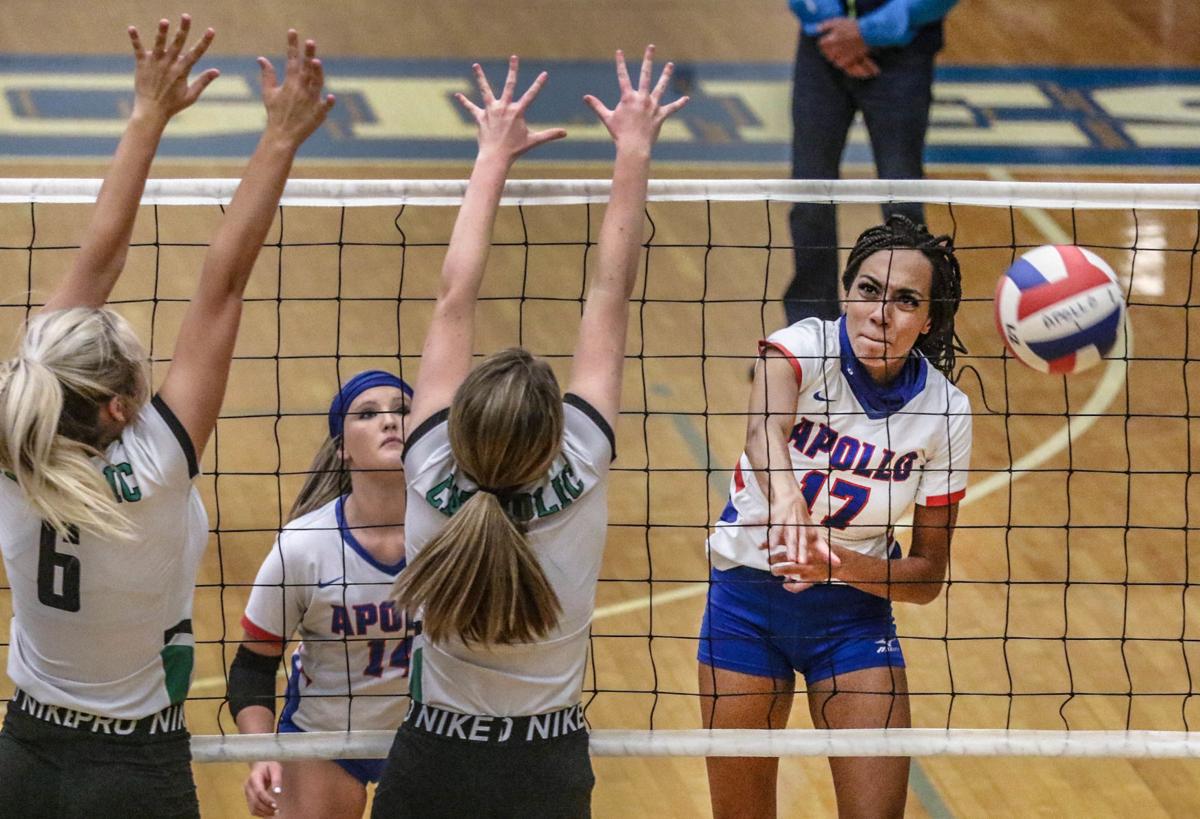 Apollo’s Havanah John (17) gets the spike as Owensboro Catholic’s Madeline Castlen (6) and Paige Miles defend during action on Tuesday at Eagle Arena. 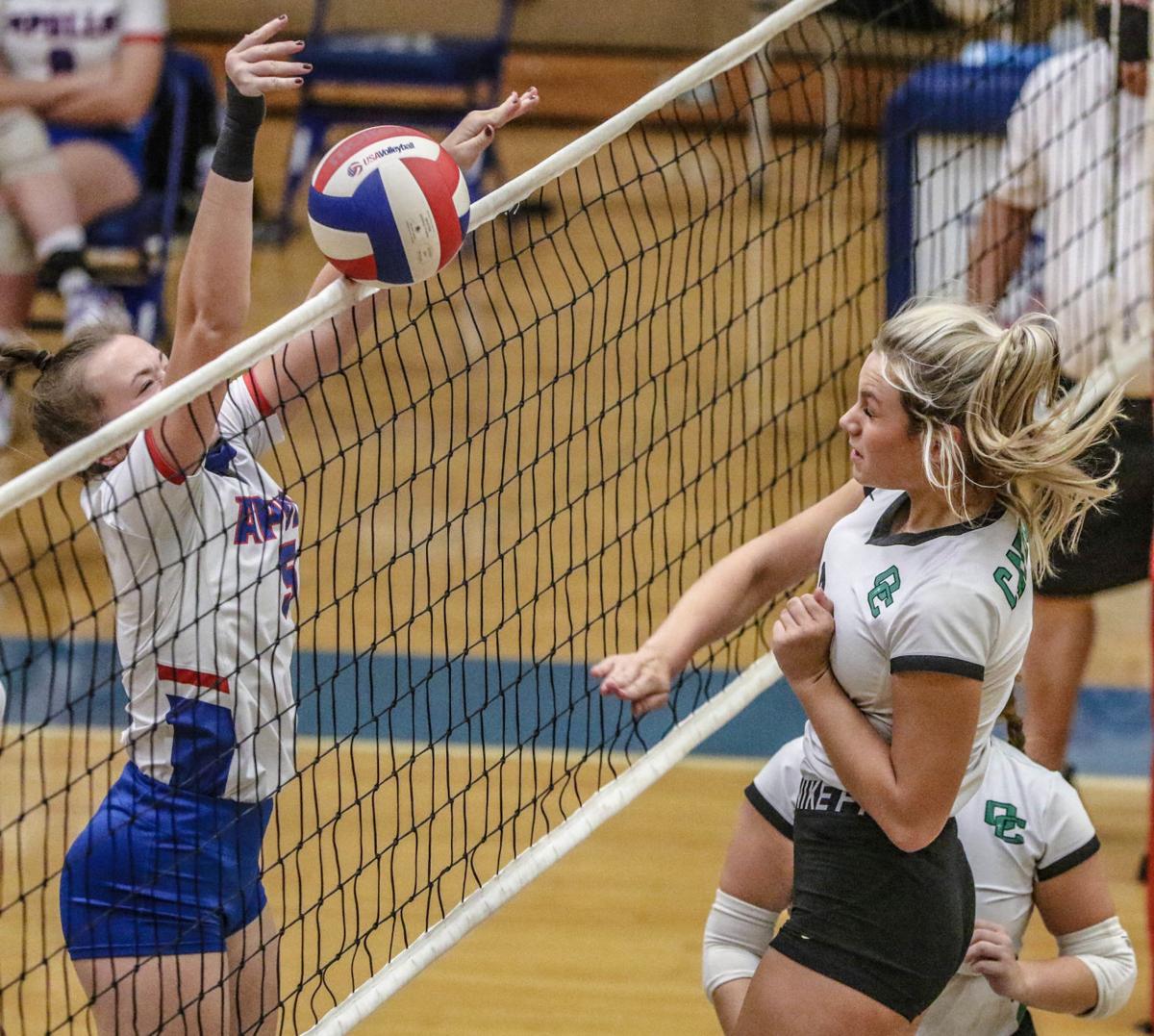 Apollo’s Havanah John (17) gets the spike as Owensboro Catholic’s Madeline Castlen (6) and Paige Miles defend during action on Tuesday at Eagle Arena.

The Apollo High School volleyball team appears to be finding its groove.

It marked the fifth consecutive victory for Apollo, which improved to 5-2 overall and 2-1 within the 9th District.

“We played aggressive and we played smart — we took care of our side of the net,” E-Gals head coach Mary Ann Howard said. “I thought in the first two sets and down the stretch in the fourth set we played pretty well.

“The fourth set could have gone either way, and I was proud of the way we regrouped and made the big plays at crunch time — that’s what we’re looking for from this team.”

Powered by 5-foot-9 junior outside hitter Havanah John, Apollo jumped ahead 10-3 in the first set and never looked back. Catholic went on a 6-0 run to pull within 18-14, but the E-Gals answered with a 5-0 burst and were never seriously threatened thereafter.

In the second set, the teams were tied at 8 before Apollo took control with a 7-1 spurt.

Who is Boo? Smith a sudden standout for Tigers after LSU outing

A few changes, but Husker football radio broadcasts will go on through pandemic

Catholic (1-4, 0-2) came to life behind the power of senior Madeline Castlen and junior Cate Sights in the third set. The score was tied at 10 before the Lady Aces scored 15 of the final 24 points to pull away.

Apollo bolted to a 13-6 lead at the outset of the fourth set, but Catholic would not go quietly — rallying to lead 20-19, 22-21, and 23-22 before the E-Gals got two kills from John and a match-clinching kill from senior middle hitter Brylee Rhodes.

“That’s the hardest we’ve fought this season,” Aces head coach Brian Hardison said. “We switched up some players and it made a difference for us.

“We’ve still got a couple of positions we’re working on, but we played with 10 times more energy than before — in that sense, this was a step in the right direction.”

Apollo is back in action on Thursday against visiting Warren East, and Catholic returns to the hardwood on Saturday at Henderson County.

Game On: AOC streams viral hit game 'Among Us'