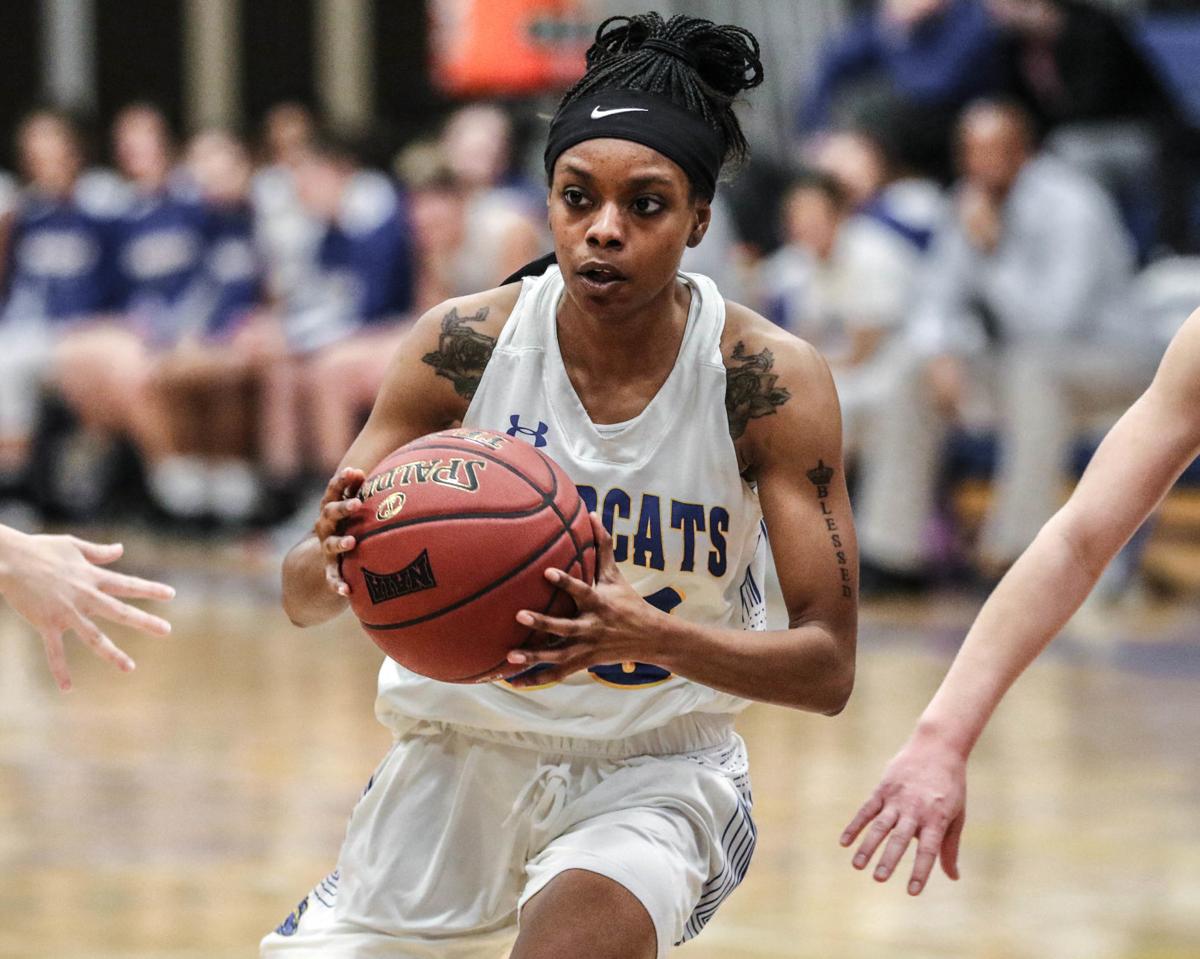 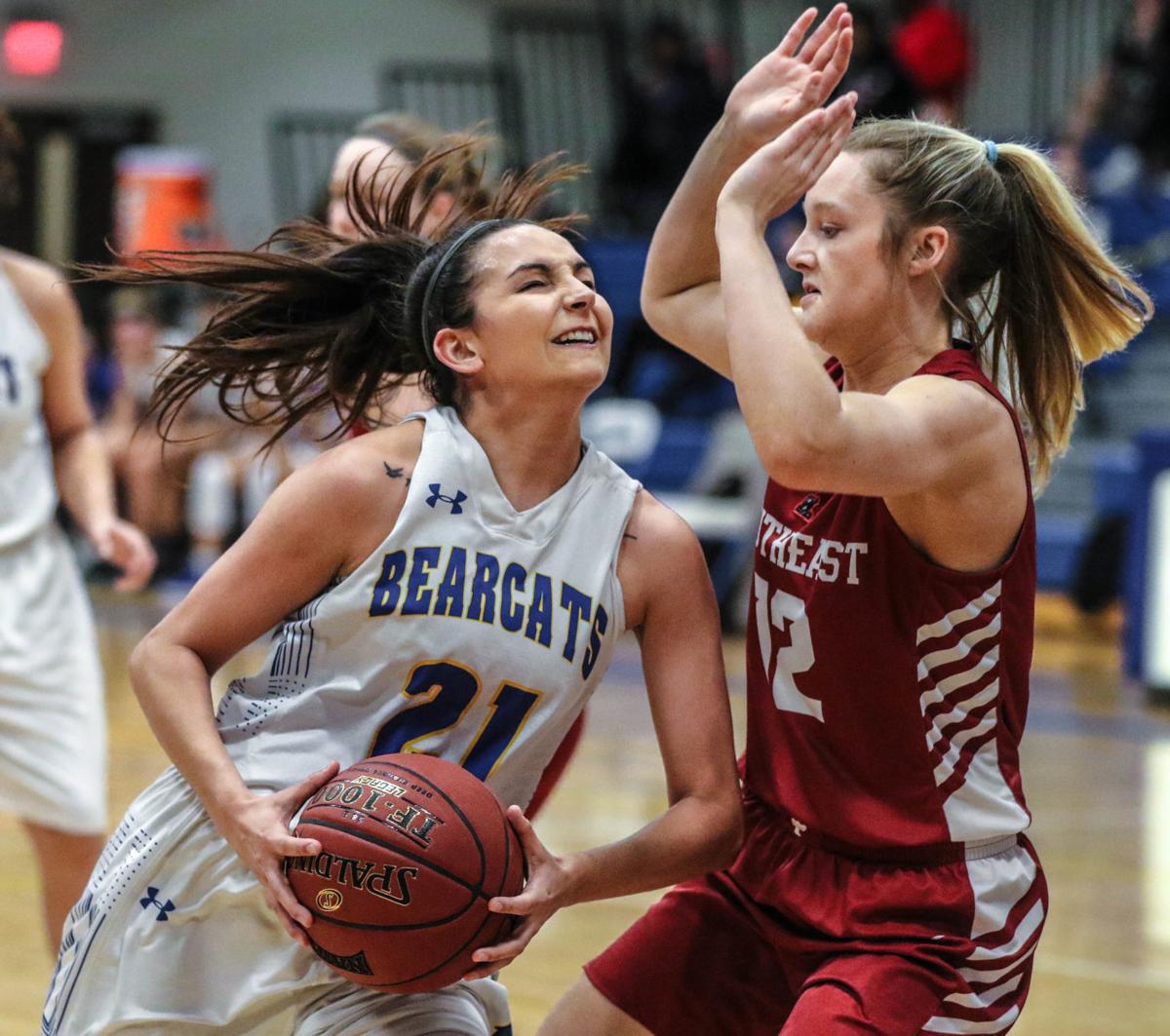 Brescia’s Alicia Salazar charges to the basket while defended by IU Southeast’s Lauren Lambdin on Thursday at Brescia’s Moore Center.

Brescia’s Alicia Salazar charges to the basket while defended by IU Southeast’s Lauren Lambdin on Thursday at Brescia’s Moore Center.

The Brescia Lady Bearcats were in the hunt for an upset victory for much of Thursday’s Senior Night game against visiting IU Southeast — but the Grenadiers dominated the stretch run to win, 55-45, at the Moore Center.

“We couldn’t make shots at the end,” Lady Bearcats coach Mike Gray said, “and IU Southeast had that one burst late that wound up being the difference.

“We just didn’t execute as well as we needed to at the end.”

Brescia took a 45-44 lead on a 15-footer by Cassidy Moss with 3:06 to play, but the Lady Bearcats would not score again — as the Grenadiers closed the contest on an 11-0 run.

“It was a tough battle,” Holloway said. “We played hard, and I wouldn’t have wanted to go out with any other group.”

Holloway, a 5-foot-7 point guard who finished with eight points and three assists, said she learned a lot in her three seasons at Brescia, after transferring from Texas College following her freshman season.

“Each season taught me lessons on and off the court,” said Holloway, a high school star in Garland, Texas. “I learned discipline and commitment, and my time here has prepared me for my future — no doubt about it.

“God brought me here, and I’m glad I came. Everything happens for a reason.”