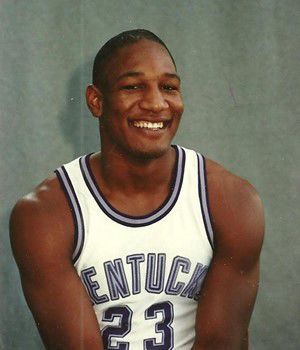 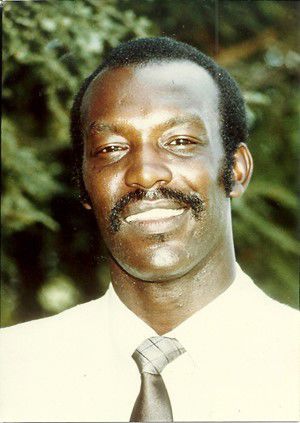 Corey Crowder and Dallas Thornton, two legendary players in the history of a legendary Kentucky Wesleyan College program, have been selected for induction into the Small College Basketball National Hall of Fame Class of 2020.

Crowder and Thornton — scheduled to be inducted Oct. 29 in St. Joseph, Mo. — join former KWC star George Tinsley in the small college hall of fame. Tinsley, a two-time All-American who played on three NCAA championship teams, was inducted in 2013.

Crowder was named the NABC Division II National Player of the Year in 1991, after finishing as the runner-up in 1990. He was a three time NABC All-American, receiving first-team honors in 1990 and 1991, while being named second team in 1989. Crowder was a member of KWC’s 1990 NCAA national title team, coached by Wayne Chapman.

“This is definitely a great honor,” Crowder said. “It’s tremendous to be going in with such a great group of individuals, and I’m very appreciative to be recognized for what I was able to accomplish on the basketball court.

“I truly think think it’s a wonderful thing to have a group that honors the great small-college basketball players, coaches and contributors who made their impact on the game.”

Crowder finished his career with a KWC record 2,282 points, to go with 245 made 3-pointers, 806 rebounds, 211 assists and 155 steals. He was second in voting for the All-Century team by Kentucky Wesleyan fans, and his number 23 jersey is retired.

He played parts of two NBA seasons with the NBA’s Utah Jazz and San Antonio Spurs.

Thornton was a four-year starter and competed on two national championship teams (1966, 1968). He was a starter in all 112 games he played for Kentucky Wesleyan and was a two-time All-American selection.

“Well, I’m very happy that they think this much of me, and I’m happy that this great honor happened in my lifetime,” Thornton said. “We don’t always get to stop and smell the roses on things of this nature.

“I will say my coaches and teammates at Kentucky Wesleyan had as much to do with this honor as me, and I’m proud to be able to represent my school in this way.”

In 1967 and 1968 Thornton was named to the NCAA Championship All-Tournament team, and he took part in the 1968 U.S. Olympic Trials. He was chosen to Kentucky Wesleyan’s All-Century Team and the 1960s Panthers All-Decade Team. Thornton is fifth in KWC history in points (1,929), seventh in rebounds (903) and ninth in career field-goal percentage (49%).

In 1968, Thornton was drafted by the NBA’s Baltimore Bullets in the fourth round and by the ABA’s Miami Floridians in the fifth round. He played two seasons for the Floridians (1968-70). Thornton was a member of the Harlem Globetrotters for 15 seasons and a teammate of Meadowlark Lemon and Curly Neal on their European and North American tours.

“What an extraordinary group of inductees in the Class of 2020,” Small College Basketball founder John McCarthy said. “Once again, our committee did a tremendous job of selecting a highly impressive and accomplished group of inductees.

“I have spoken to all of the inductees, and there is a tremendous amount of excitement and enthusiasm surrounding the Class of 2020. While each inductee is considered a legend or icon at their respective school, you wouldn’t know it by talking with them. As a group, they are humble, grateful and high-quality people. I’m proud to welcome them into the Small College Basketball National Hall of Fame.”