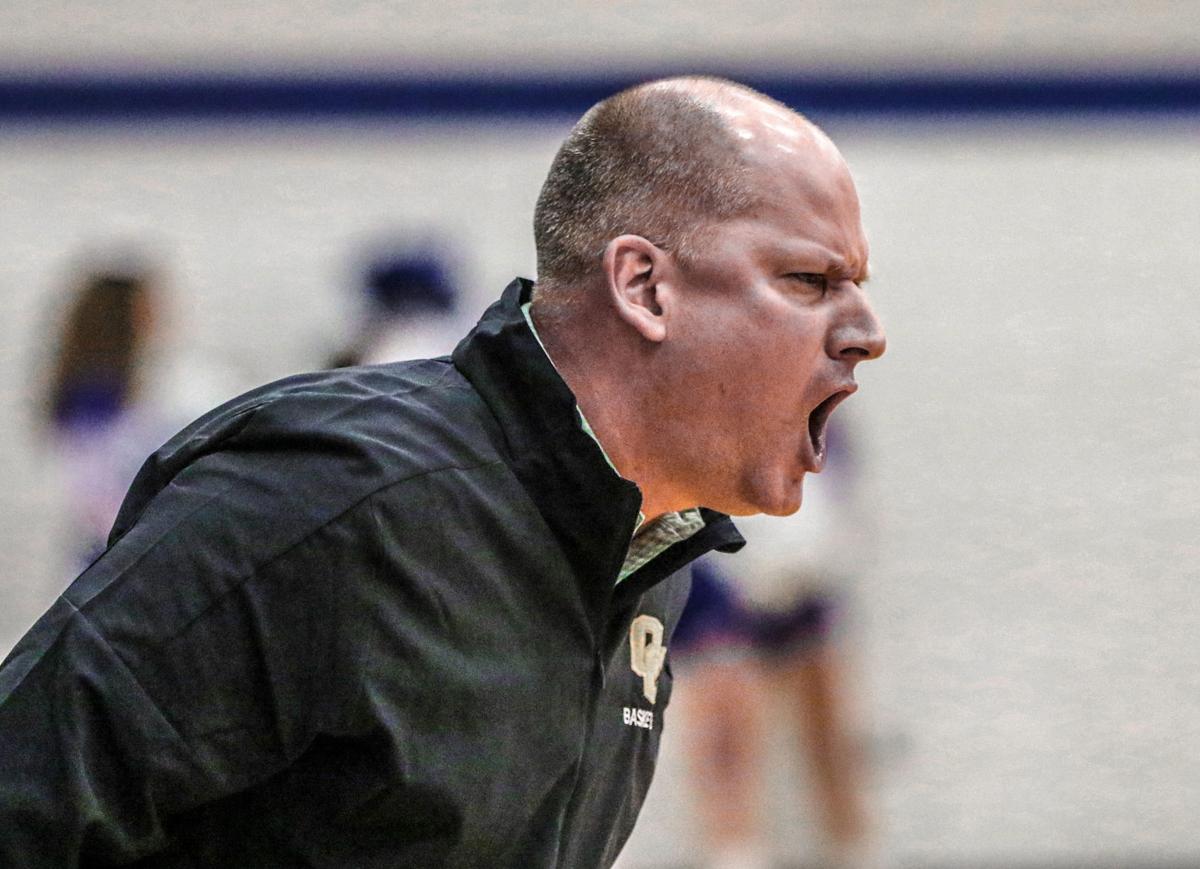 Owensboro Catholic’s Michael Robertson coaches his team during a game against Apollo on Jan. 18. 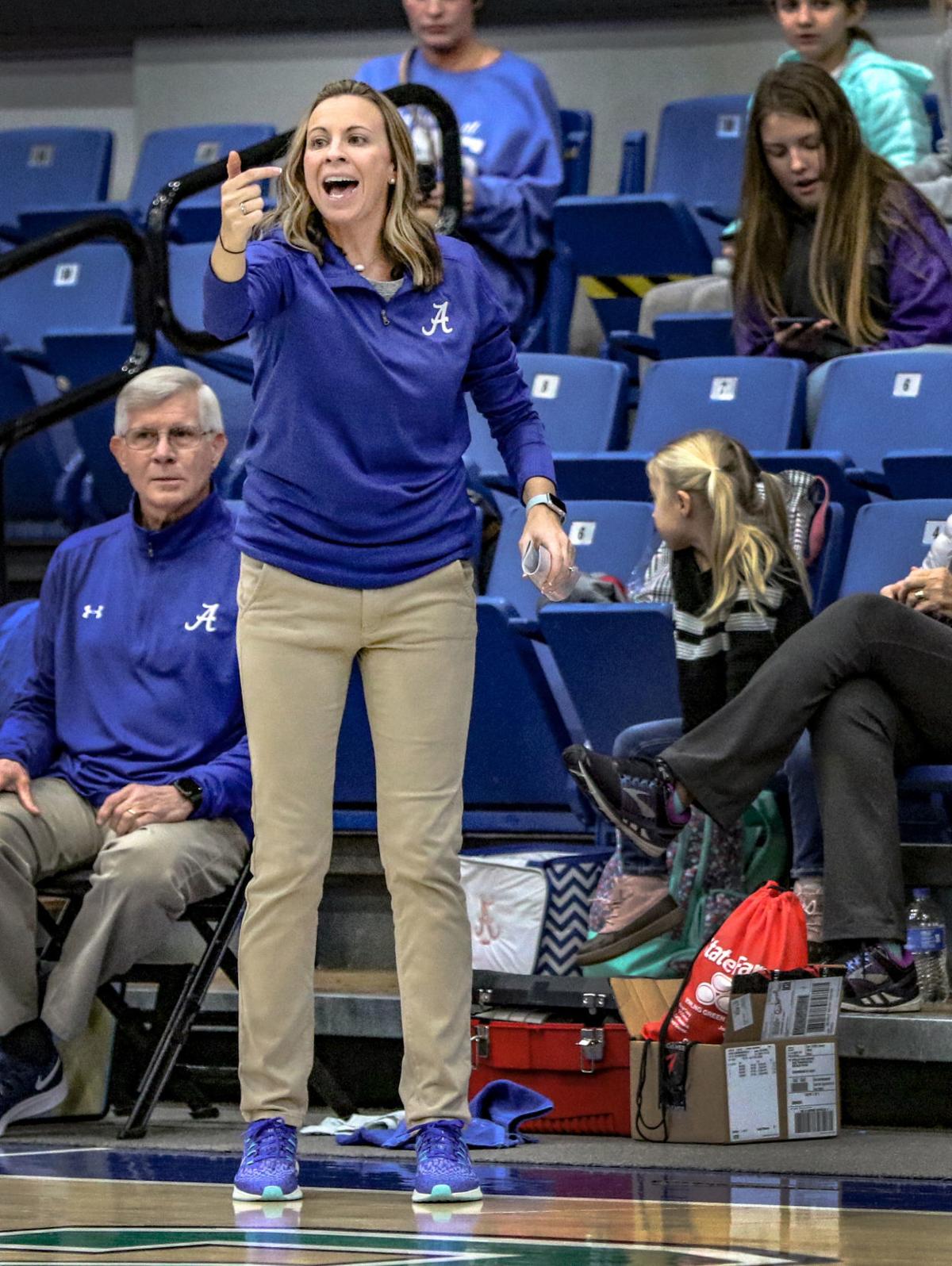 Apollo head coach Natalie Payne coaches during a game against Owensboro Catholic on Dec. 13 at the Owensboro Sportscenter. 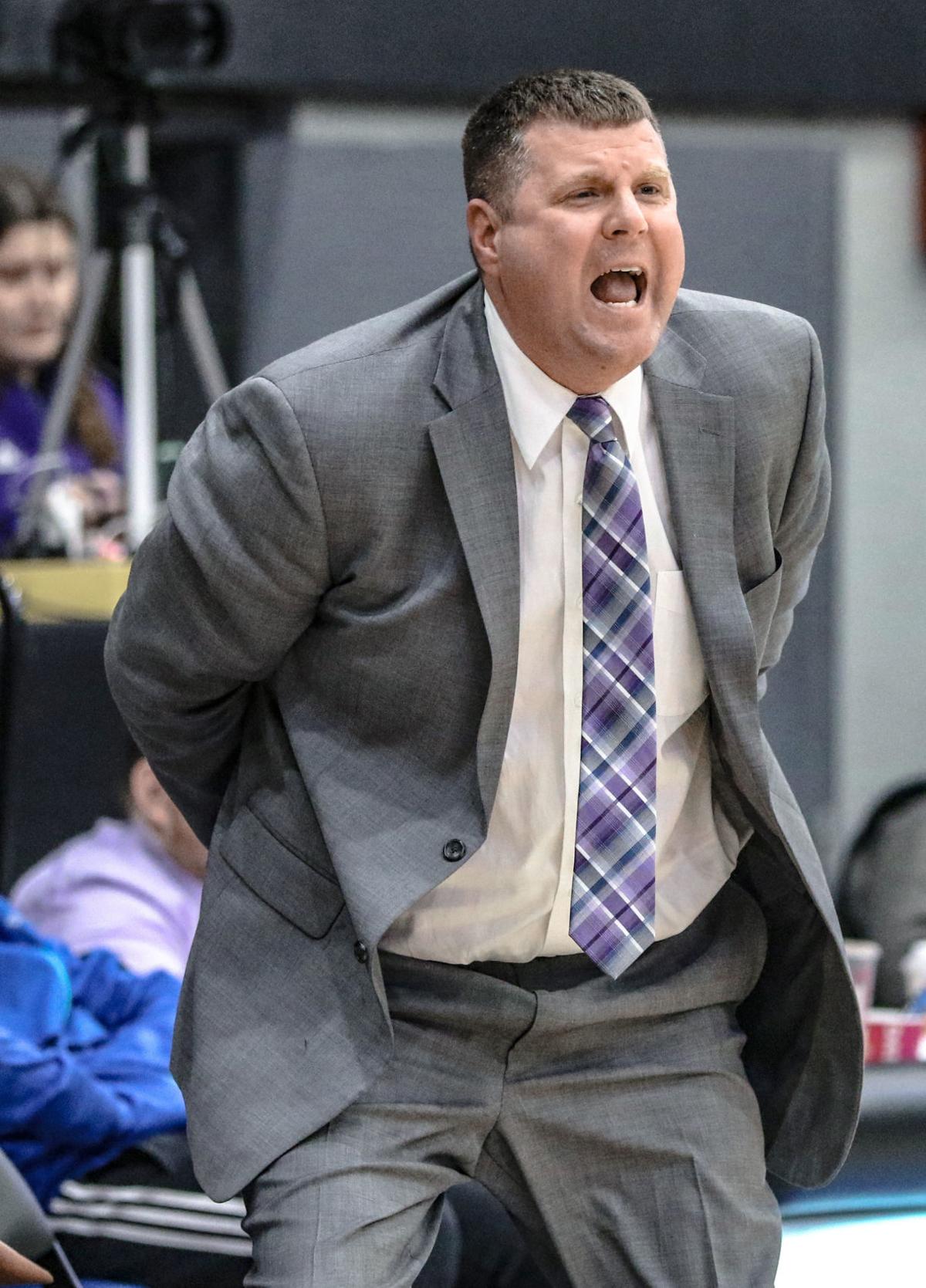 Kentucky Wesleyan head basketball coach Drew Cooper coaches during a game against Alderson Broaddus at the Owensboro Sportscenter on Jan. 11.

Owensboro Catholic’s Michael Robertson coaches his team during a game against Apollo on Jan. 18.

Apollo head coach Natalie Payne coaches during a game against Owensboro Catholic on Dec. 13 at the Owensboro Sportscenter.

Kentucky Wesleyan head basketball coach Drew Cooper coaches during a game against Alderson Broaddus at the Owensboro Sportscenter on Jan. 11.

When it comes to sports, everyone has their own style of doing things — and basketball coaches in the Owensboro area are no exception.

Just like players, some have superstitions they have to follow before every game. Others don’t get into a routine until shortly before tip-off. No matter the style of preparation or approach, however, all coaches agree that their profession provides an adrenaline rush unlike anything else.

“There’s always some anxious feelings, but it’s more so just those competitive juices that get flowing,” said Apollo High School girls’ coach Natalie Payne, who was also a standout player for the E-Gals and later at Western Kentucky University. “That’s with every game, it doesn’t matter who we play.”

Payne’s time before games is generally spent making sure her players know the scouting report and are prepared for the opponent, but she admits there are patterns she tries to follow herself.

“There are things I feel like I have to do before every game,” Payne said. “I guess I’m a little superstitious, and that comes from playing ball my whole life. You feel like you have to go through a routine.

“I’ve always been a routine person. As a coach, you’re a perfectionist. It’s your job to prepare your kids in the best way you know how. Whatever that takes, you do it.”

Owensboro High School boys’ coach Rod Drake likes to give his players space prior to tip-off.

“I stay away from it,” he said, laughing. “Kids are gonna do kids’ things, they’re gonna run around and do their thing. If I walk around, I might catch somebody eating a cheeseburger before the game or something. I do watch warm-ups, but I don’t police the locker room.”

After all, Drake knows a thing or two about locker room culture. He was a star player on the 1980 OHS state championship team, later went on to a successful career at Kentucky Wesleyan College, and then won another state title — as a coach — with the Red Devils in 2015.

And even as he gets older, Drake’s excitement before games hasn’t changed.

“I read something years ago about preparation,” he said. “As a coach, you have to be just like a player. You have to have your routine, so when you get to the gym, you’re ready to go.”

He brings most of his team’s equipment to the gym himself, setting up cameras for game film, filling out the scorebook and writing out the game plan in the locker room before anything else.

“I try to keep myself as busy as possible, just to relieve the nerves,” he said, “especially if it’s for a district tournament, region tournament or state tournament — the nerve-wracking games.”

For Kentucky Wesleyan men’s coach Drew Cooper, he knows that each and every game is an opportunity to help his team improve, but he’s also aware of the scrutiny that may come with the job.

“It doesn’t get any easier, either. I’m now in year seven as a head coach, and it’s still that same feeling leading up to tip. You just wanna play your best.”

Cooper, who graduated from St. Xavier High School in Louisville and later starred at NCAA Division II Assumption (Mass.) College, was a superstitious player, but not so much anymore.

“I wore the same socks every time, tied my shoes the same way every time,” he said. “I think, as a 21-year-old kid, the stakes are a little different in comparison to being in your 30s and 40s and trying to do the best you can in your career.”

Throughout games, however, decisions often come in a split-second, and Robertson said it’s the players who ultimately make the most difference.

“You gotta have thoroughbreds to win,” he said. “You can’t take mules to the Kentucky Derby and expect to win. The kids are the ones who make us look smart, honestly.”

Once the contests are over, every coach has their own method when it comes to speaking with their players.

“We try to get in and celebrate quickly and get out,” Payne said. “We talk about what we need to improve on the next day at practice, so we’re really positive with the kids after games. Even in losses, we talk about what we did well and get out of there. We celebrate the small victories, which is beneficial for our kids. We don’t want to overload them.”

It’s not uncommon for coaches to carry those feelings — good or bad — home with them, either.

“That’s a good thing, though. When I stop having those feelings, it’s probably time to give it up.”

“Every coach at every level can identify that it’s a unique profession,” he said. “There’s no other profession that gives you the adrenaline that a big win gives you. You talk about cutting down nets — I’ve been fortunate to cut down some nets, and that stays with you your whole life.”

Despite the emotional rollercoaster that comes with coaching, those in the Owensboro area seem to genuinely love it. It’s not a job they ever want to relinquish, and it’s rarely the on-the-court results that drive them.

“It’s about the kids and building those relationships,” Robertson said. “Whether they realize it now or they realize it down the road, one day they’ll learn how much you care about them. We’re not just trying to win ball games, we’re trying to teach life lessons.

“We want them to learn that for every action, there’s a consequence, and sometimes life’s not always candy, but you gotta make sure you bounce back from it.”

Cooper still gets text messages from former players — everything ranging from wedding invitations to graduation announcements from medical school — and it’s something he deeply cherishes.

“It’s one story after another of kids realizing their dreams,” he said. “There’s nothing that would imply there’s anything out there I’d ever enjoy doing more than coaching. I feel so, so blessed every season that I get to do this. I hope it’s for another 30 years, I really do. It’s certainly unlike anything else.”