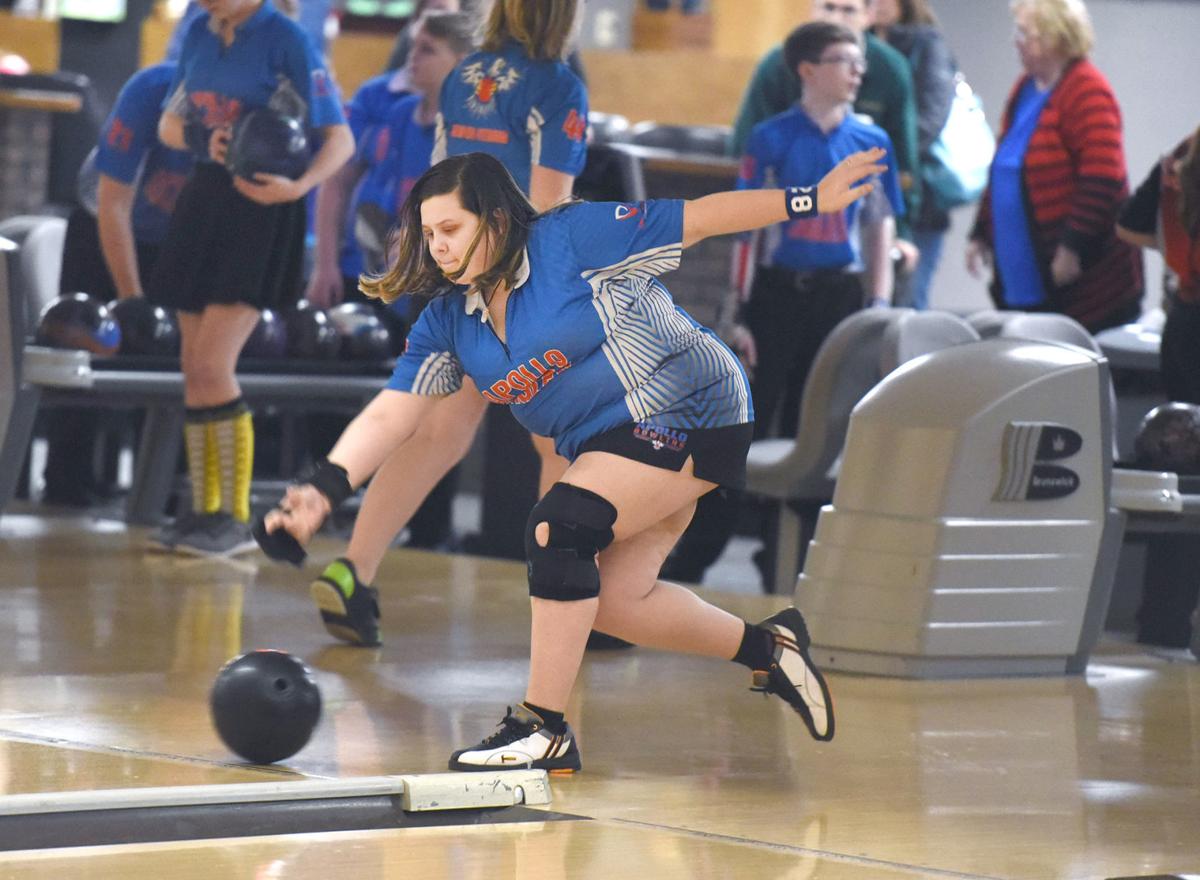 Apollo’s Haley Kost warms up before her bowling match with Daviess County on Monday at Diamond Lanes South. 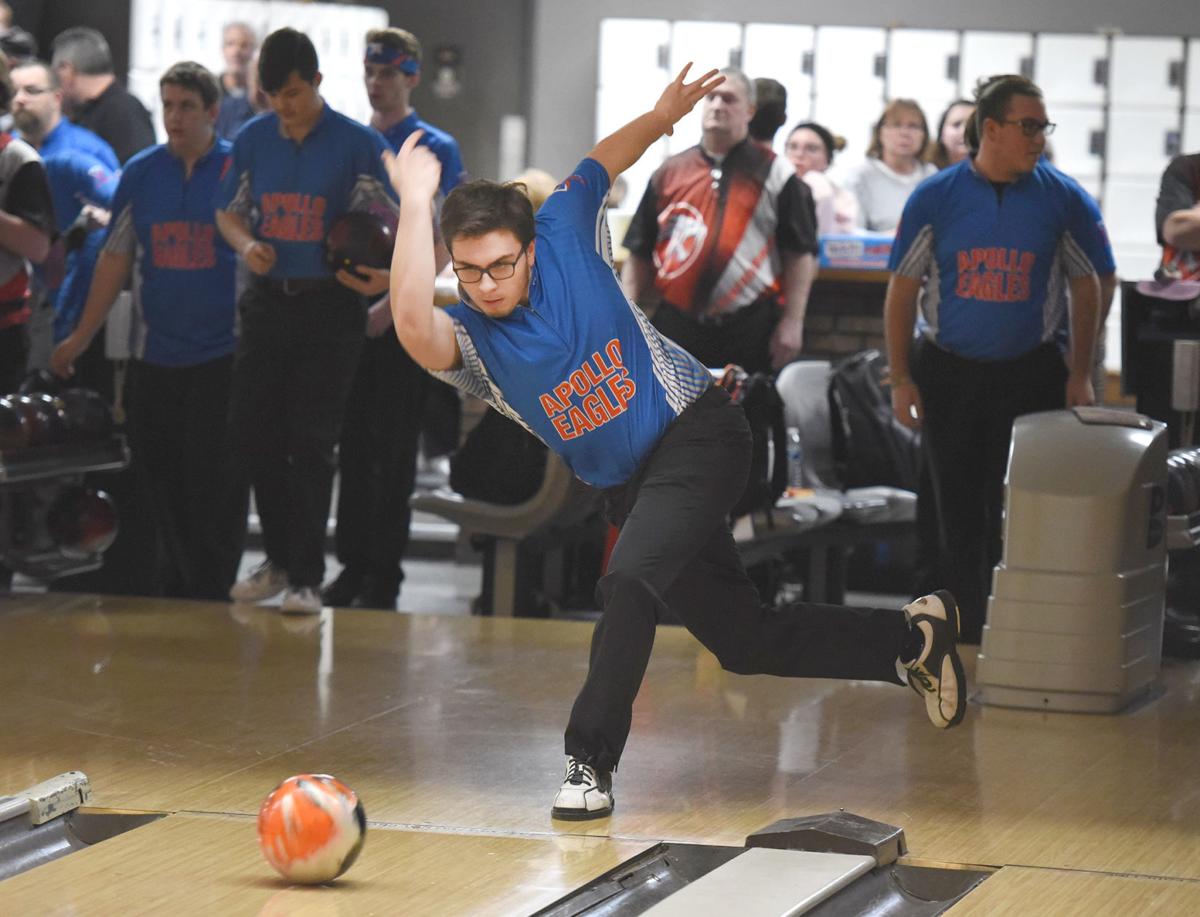 Apollo’s Ryan Gatton warms up before his bowling match with Daviess County on Monday at Diamond Lanes South.

Apollo’s Haley Kost warms up before her bowling match with Daviess County on Monday at Diamond Lanes South.

Apollo’s Ryan Gatton warms up before his bowling match with Daviess County on Monday at Diamond Lanes South.

To say that the Apollo High School bowling program has enjoyed a successful 2019-20 season would be an understatement of the first order.

The E-Gals sit at a perfect 11-0, and the Eagles are 10-1 in regular-season matches against 1st Region teams — accomplishments of note considering the vastness of a region that spans from far western Kentucky to Bowling Green.

On Monday, the E-Gals posted a 6-1 victory over rival Daviess County, while the Eagles suffered their first loss of the season, falling 4-3 to the Panthers.

“Overall, it’s been a great season for us,” Apollo coach Kerrie Gatton said. “Both teams are performing at a high level.”

The E-Gals, in fact, are hoping to make their fourth consecutive appearance in the KHSAA State Tournament, having finished runner-up in the region a year ago.

Senior Emma Workman — the 2019 regional singles champion — leads the way for the girls’ team with an average of 189, but No. 2 bowler Laura Head, also a senior, suffered a broken femur in an auto accident on New Year’s Eve and has been lost for the season.

“That was a tough blow for us, and, of course, for Laura,” Gatton said. “Fortunately, we have five seniors on our team and both Madelynn Napier and Haley Kost have really stepped up in Laura’s absence to fill that gap.”

The E-Gals’ success, however, is no surprise to those close to the program.

“The girls are right where we thought they’d be,” Gatton said. “We won the KWC Tournament over the holidays and placed fourth in the (Louisville) PRP Tournament last week against some of the best teams in the state — our first one since we lost Laura to injury.”

It’s been an equally rewarding run for the Eagles, led by the coach’s son, senior Ryan Gatton, in his seventh year of service and leading the club with a robust 212 average.

Fellow senior Chance Jones is No. 2 with a rock-solid 200 average.

“The leadership on our boys’ team has been one of the biggest keys to our success,” Kerrie Gatton said. “We felt like this was going to be a good team, but they’ve exceeded expectations.

“Like the girls’ team, the boys have also fared really well in tournament competition against some outstanding teams in the state. They, too, have stepped it up.”

Apollo’s boys’ team barely missed qualifying for last year’s state tournament, and the close call has produced a high degree of focus and intensity this season.

“They’re really locked in, very determined about qualifying for state,” Gatton said. “We’ve put ourselves in position to become a contender.”