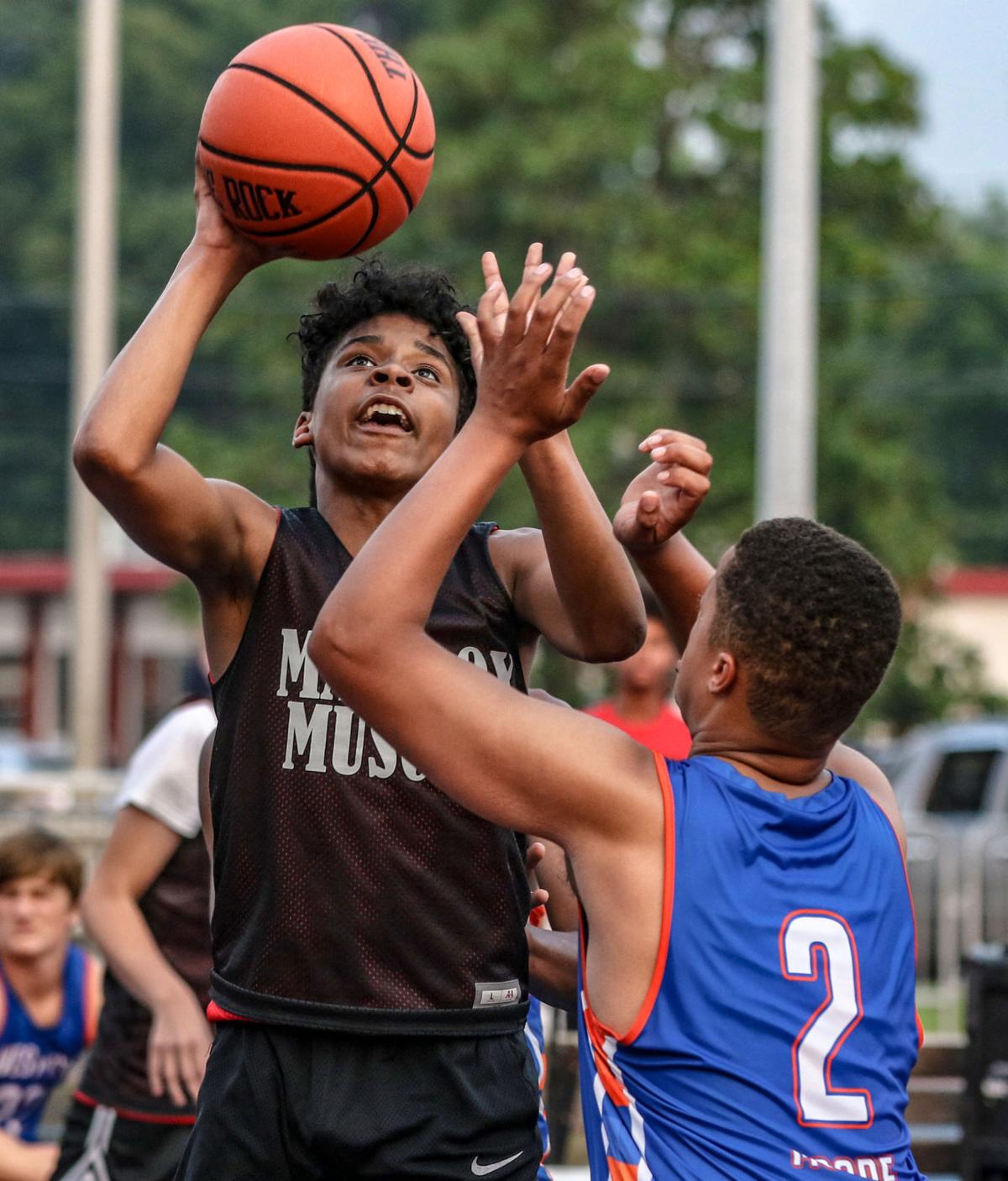 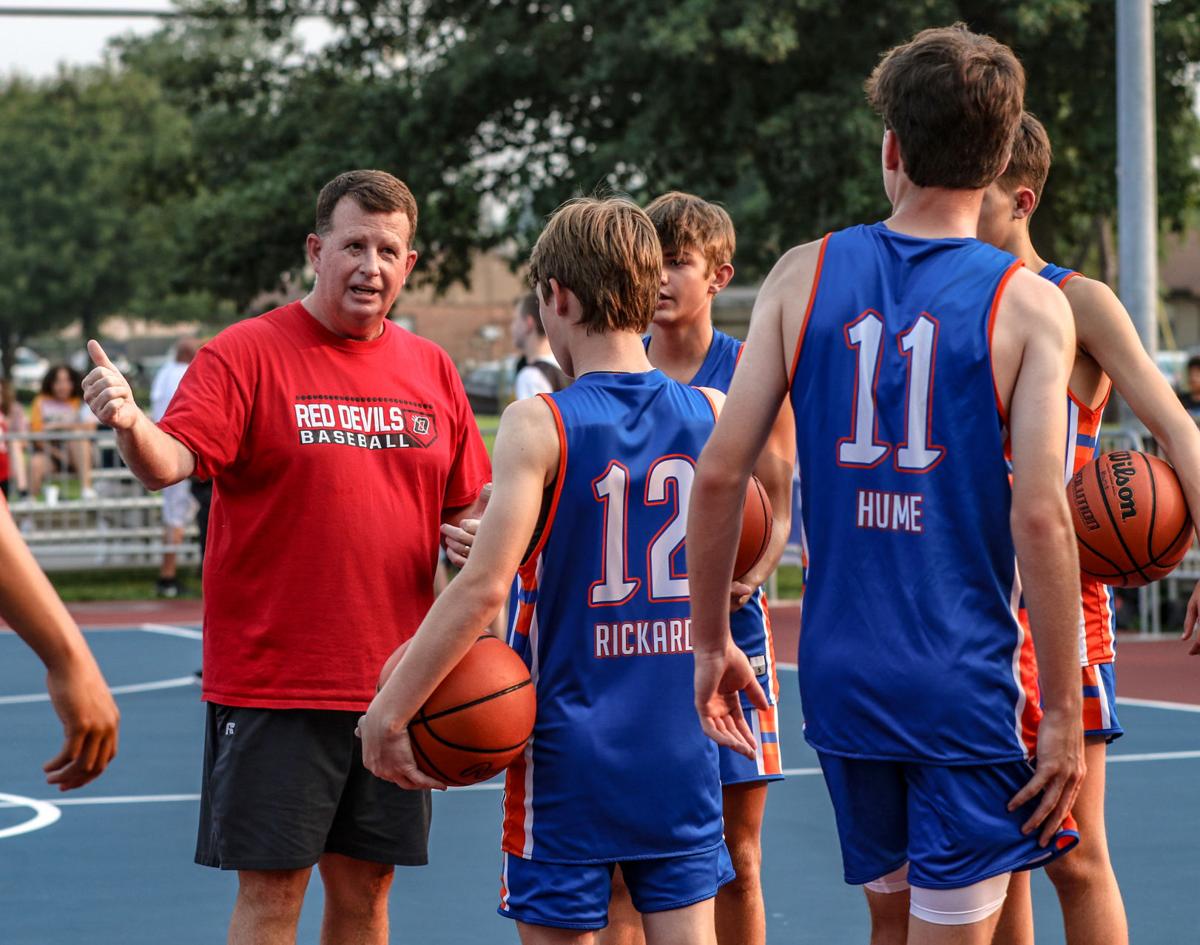 West Ky Elite coach Pat Hume talks with his players before the matchup with Maddox Muscle during the 48th annual Dust Bowl on Wednesday at Kendall-Perkins Park.

West Ky Elite coach Pat Hume talks with his players before the matchup with Maddox Muscle during the 48th annual Dust Bowl on Wednesday at Kendall-Perkins Park.

The opening night of the 48th annual Dust Bowl was nothing but a success.

Even with those measures in place, the crowd size was undeniable.

In addition to the on-court action — long-dubbed “the greatest basketball in the tri-state area” — there were food vendors, a bounce house, a balloon-animal booth, a COVID-19 vaccination booth and a DJ playing live music throughout the night.

More so than anything, though, there was a renewed sense of community.

“It’s wonderful,” said Dust Bowl vice president Rippo Hinton, after coaching his high school boys’ team to a 53-43 victory. “It’s great out here with these fans. Of course, they’re all sports fans, basketball fans, so that’s why we put it on.”

Hinton, who played in the first Dust Bowl and has since won 30 championships over the years, was just glad to see it back.

“I’ve been doing this for 40 years, and through God’s grace I continue to get good ballplayers,” he said, with a big smile. “God is good.”

Even those who hadn’t been to the Dust Bowl in a while came out to enjoy the camaraderie.

Kemp, who was a captain for the Kentucky Wesleyan College men’s basketball team in 1996 and 1997, got the chance to reconnect with old friends and see new faces at the same time.

“It was good to see some people I haven’t seen in a long time,” he said. “Great atmosphere, especially in these times.

“It’s nice to have something a little more normal.”

The fans in attendance had a good time, as well.

“I’m just glad it’s back,” said Trey Carothers, 25. “There’s not really anything like it. With COVID-19 and everything, I didn’t know if they’d even be able to do it.”

He wasn’t the only one, either.

“I think it’s great,” said Jen Davenport, 46. “As long as we can spread out and people can stay safe, I’m all for it. It’s something families can come out and enjoy together.”

The tournament runs through Saturday.