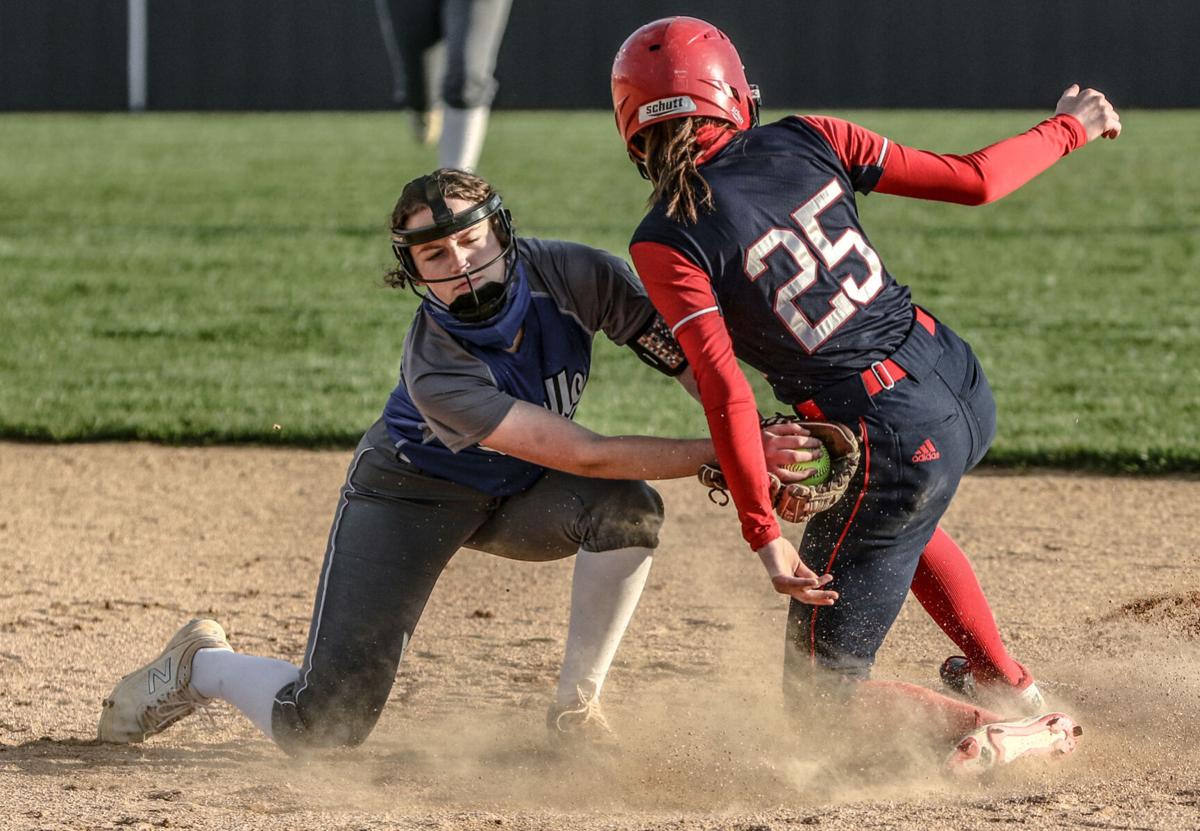 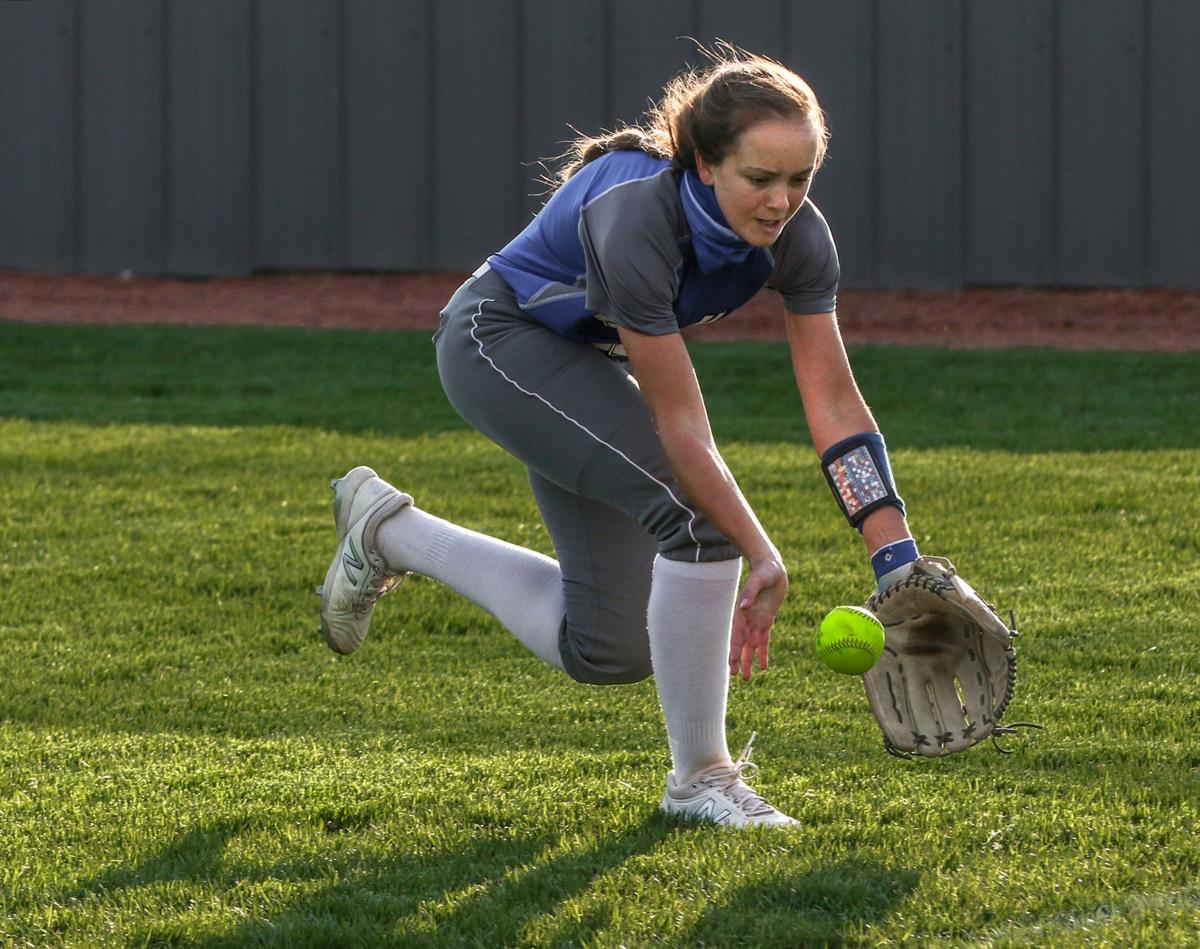 Apollo’s Julian Morgan gloves a ball in right field during action against Tecumseh on Thursday at Apollo High School.

Apollo’s Julian Morgan gloves a ball in right field during action against Tecumseh on Thursday at Apollo High School.

The Apollo High School softball team battled Thursday night, but Tecumseh’s bats came alive down the stretch to help the late-surging Braves capture a 17-10 victory in front of a sizeable crowd at E-Gal Park.

Tecumseh (7-2) scored 10 runs across the final two innings — eight in the go-ahead sixth frame and another pair in the seventh — to overcome a 10-7 deficit and hold on for the win.

Despite the loss, Apollo coach Stephen Julian considered it a learning experience for his young squad.

“I thought we competed tonight,” he said. “Tecumseh’s got an unbelievable program. They’re just good. They executed a little bit better than we did tonight.

“We competed better than we have so far, we pitched better, we made most of the routine plays we haven’t been making, so I was very pleased with our progress tonight.”

“They’re learning as they go,” Julian said of his players. “They’ve played in freshman and JV games, but it’s different at the varsity level. We are young, probably younger than I’ve ever had. It’s fun to watch them progress and learn.”

The Braves opened the game’s scoring with five runs in the top of the second inning, but Apollo (0-5) answered right back in the bottom of the stanza. Bullington clubbed an RBI double; Calhoun notched an RBI base hit; Bullington scored on Frizzell’s sacrifice hit; courtesy runner Hannah Snell scored on a passed ball; and Delainee Hayden tied the contest with an RBI single that scored Crawford to tie the contest.

The Braves jumped ahead again with an RBI base hit from Gracee Sullivan in the top of the third, but the E-Gals took a 7-6 lead with two scores in the bottom of the frame — a Bullington RBI groundout to score Saalwaechter and a sacrifice bunt by Calhoun to score Morgan Julian.

Tecumseh tied the game on an RBI double by Reagan Hight in the top of the fifth before Apollo surged ahead for a three-run lead. The E-Gals plated two in the fourth when Saalwaechter drew a bases-loaded walk and Bullington brought home Kiley Kemper with an RBI base hit. They added their final run in the fifth on an RBI single by Palmer.

From there, however, it was all Tecumseh.

The Braves clubbed eight hits, drew two walks and capitalized on two Apollo errors in the final two innings for the come-from-behind win.

“We’ve just got to pitch a little bit better and make the routine plays a little more consistently,” Julian said. “But the energy was really good for us tonight. We gave up a big inning, came back and had a big inning, got the lead — you’ve got to hold it, and we didn’t tonight.

“You never like to lose, but the score doesn’t reflect what type of game it was, either. It was way more competitive than what the score ended up being, so I was very pleased tonight.”

Apollo returns to action Saturday with a home doubleheader against Louisville Butler at 12:30 p.m. and Meade County at 2 p.m.

What a year of mourning taught America's florists about grief